Barely a month later, he was looking and feeling much better 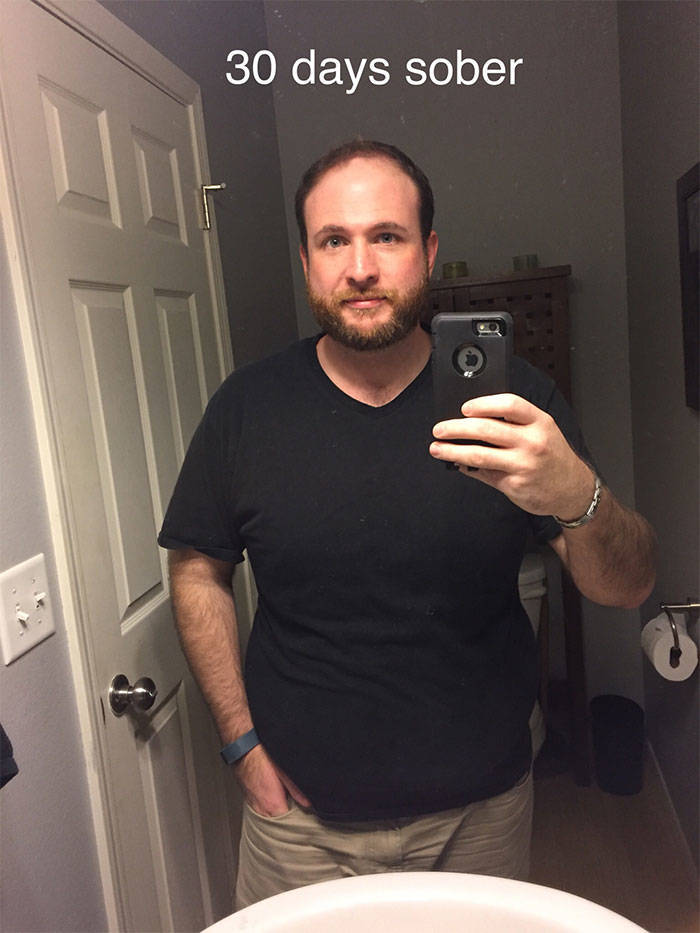 Kenny revealed how much of a problem drinking became for him, as well as how it brought him to the edge. “I started drinking in college. But it didn’t become a real problem until about 10 years ago. I began drinking often and always to excess. I discovered at one point that I could not control the amount I drank once I had taken the first drink. I could not drink without getting drunk. So I decided to quit. I would last a few days, a few weeks, a few months, one time for a year. Always with relapses in between. By 2016, I had gotten to the point that I would get drunk every day. I drank 12–24 drinks a day and I was blacking out 3–4 times a week. I knew I had a problem but I didn’t know what to do. I used to stand in the bathroom and look at myself in the mirror and wish I wasn’t a drunk. I would wonder how I got this way. Sometimes I was just indifferent to whether I lived or died. I just wanted it to be over and I didn’t care how,” he explained the pit of despair he was in just several years ago.

X
Man Shares Three Years Of His Sobriety Progression, And He Just Keeps Getting Happier!
>
2/10
<