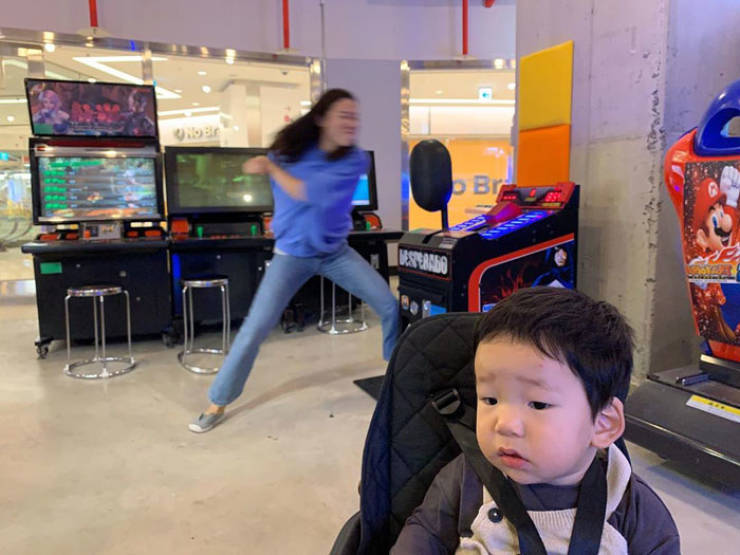 Lee Mi-do is a South Korean actress who starred in numerous movies and drama series over the course of 15 years. She is most known for her work in the films Happy Killers, Spellbound, A Millionaire’s First Love, Hanbando, Forever the Moment and Mother. 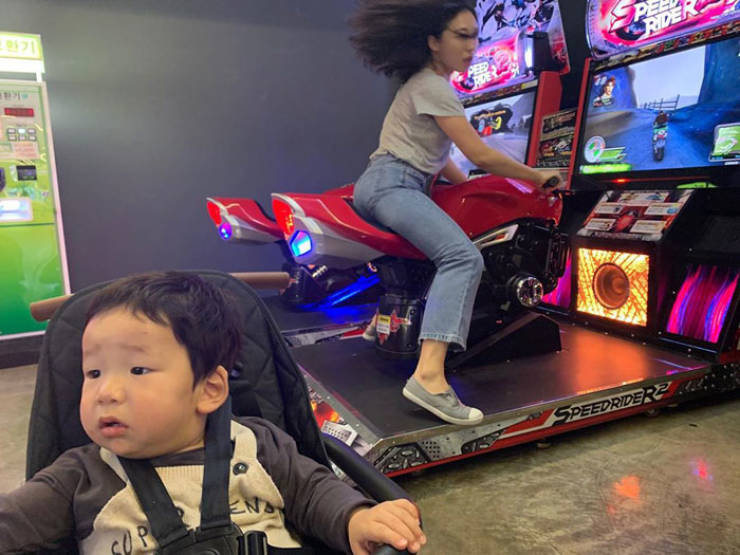 Lee Mi-do became a mother just a bit over a year ago with the birth of her son Nicolas. Since then, she has been documenting highlights of her happy family life, ultimately leading to the “Mom’s Personal Life” series of Instagram photos. 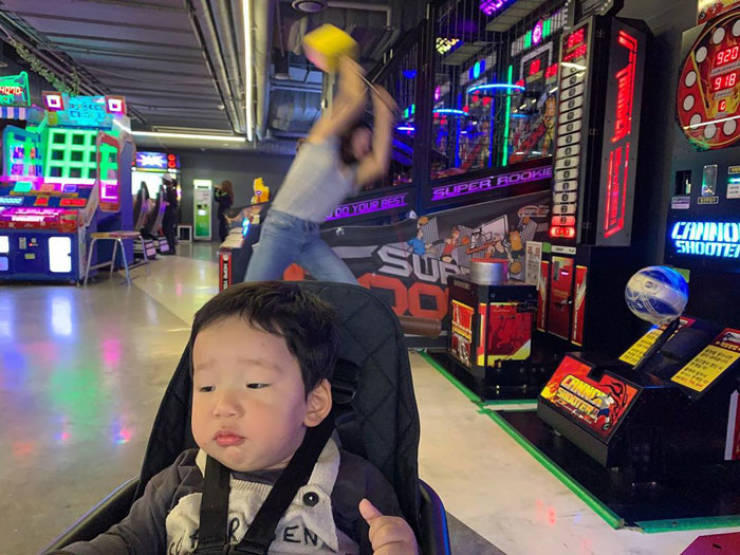 “We were on vacation in Bangkok. I was swimming in the pool and baby Nicolas was just floating around in his pool float,” explained Lee Mi-do. “My husband was taking photos and asked me to strike some sexy poses. He thought it would be funny to have pictures of Nicolas and me in the background, doing my own thing.” 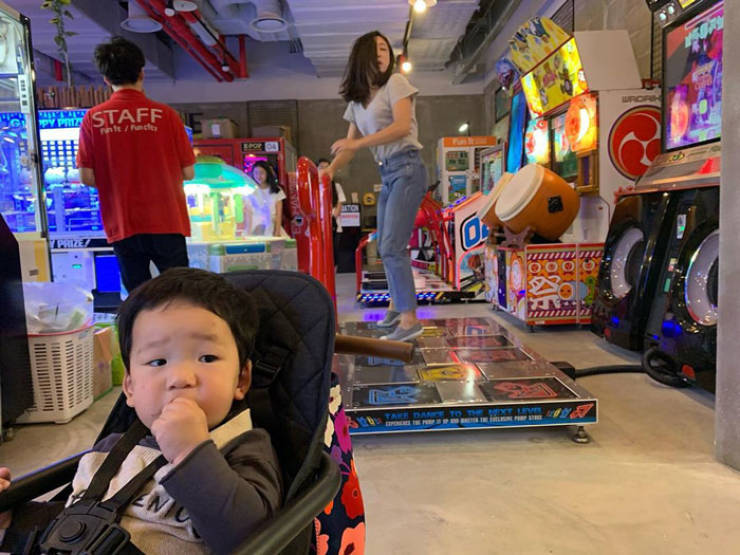 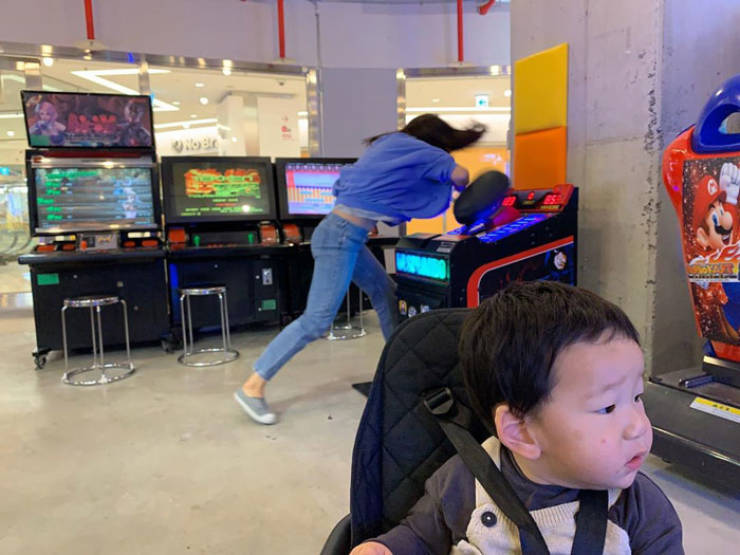 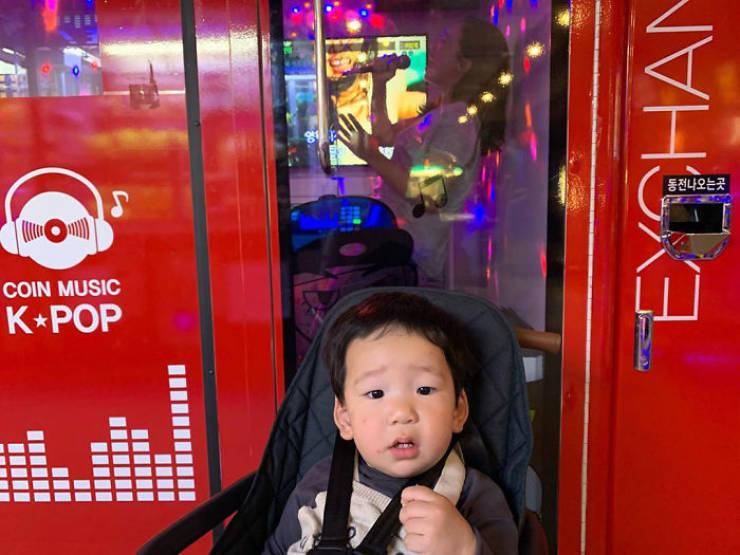 She posted the pool photos on her Instagram account, where people received it very well. “I got so many great responses. That is how the “Mom’s Personal Life” got started”. 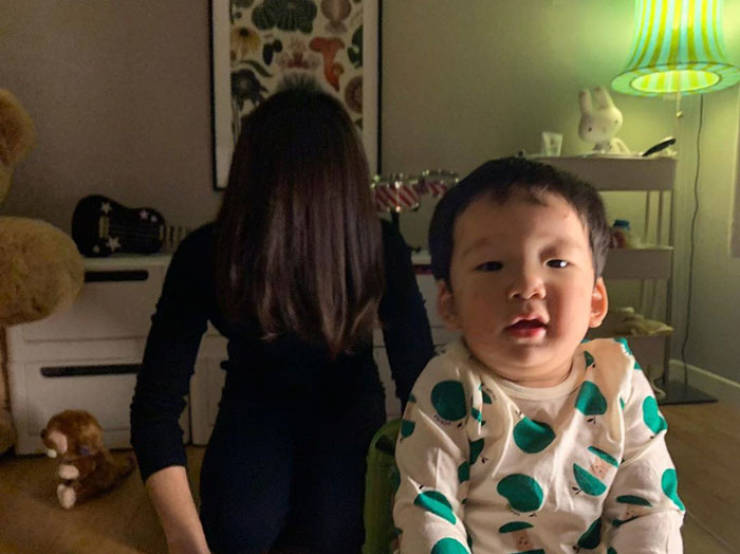 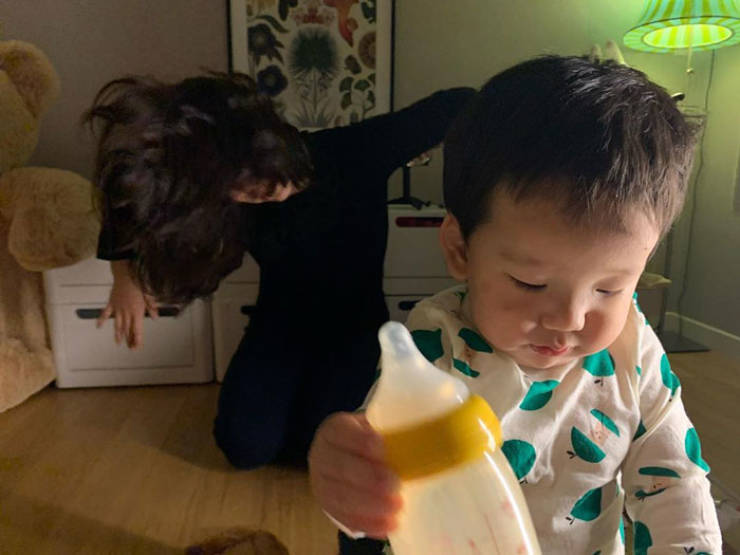 Since then, Mi-do has been regularly posting highlights of her “personal life” together with Nicolas in the foreground. These included her working out, dressing up for Halloween, winding down with a beverage, among a handful of other situations. 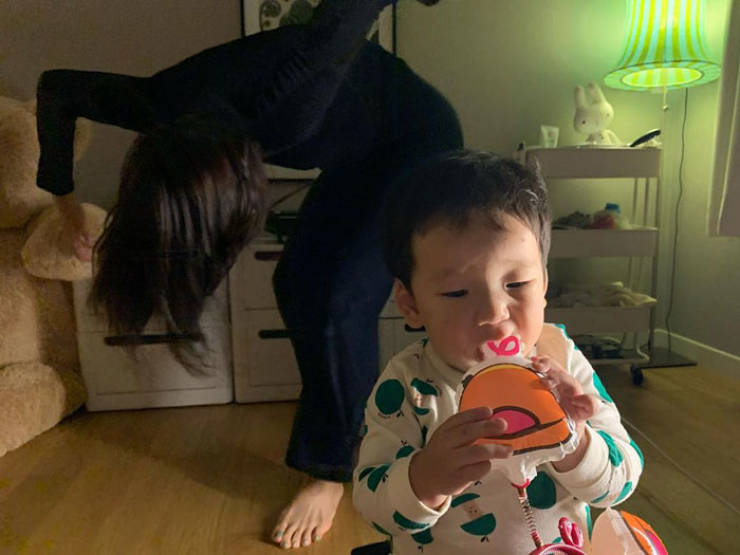 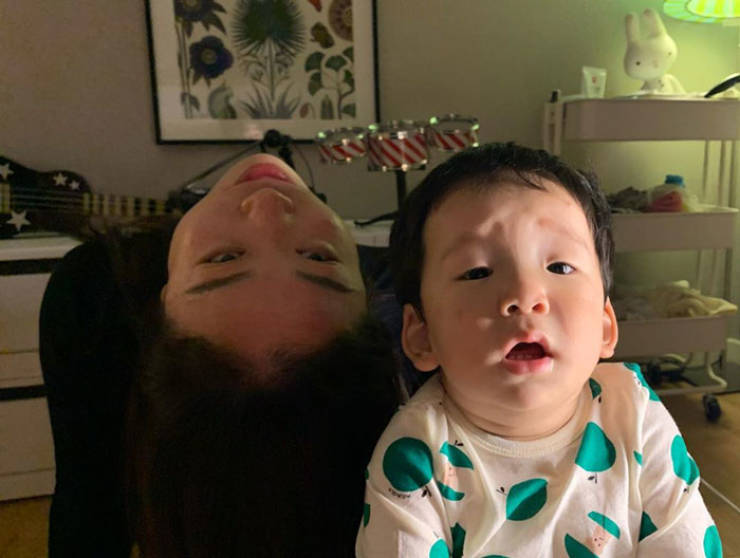 Her most popular highlights come from the 7th installment in the series, where she’s finishing off her weekend by having a blast at the arcade. Little baby Nicolas is being cute, as always, while mommy’s sinking quarters into punching machines, fighting and shoot ‘em up arcades, Dance-Dance Revolution and K-Pop karaoke. 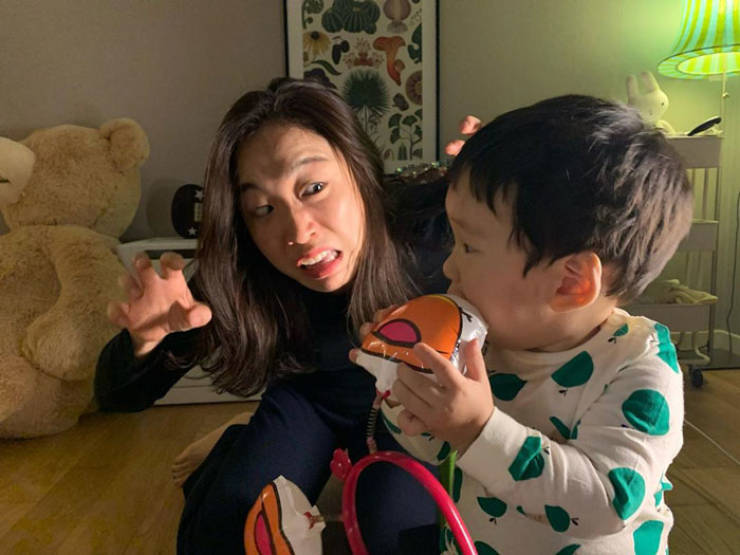 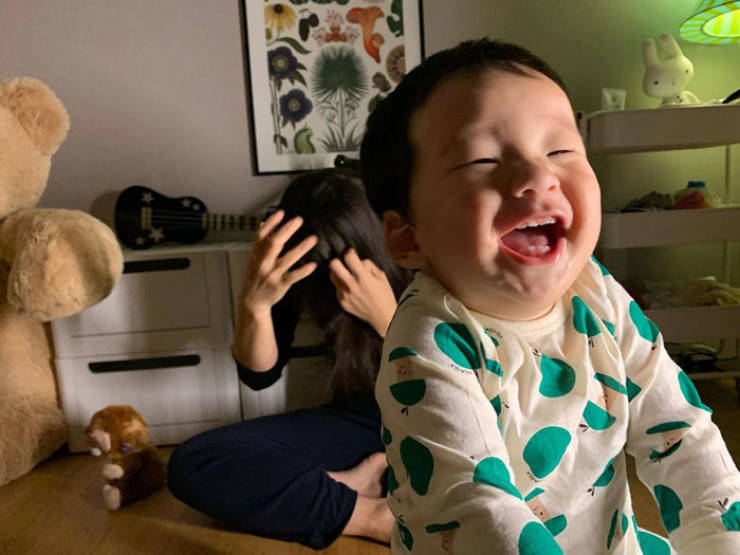 All jokes aside, it genuinely feels like Mi-do is celebrating motherhood: “The photos are dedicated to all of the moms. Moms have to sacrifice so many things when they have a baby. Don’t get me wrong, I love my son and I’d do anything for him. However, there are so many things to do for kids, especially in South Korea, that many moms tend to miss their personal lives.” 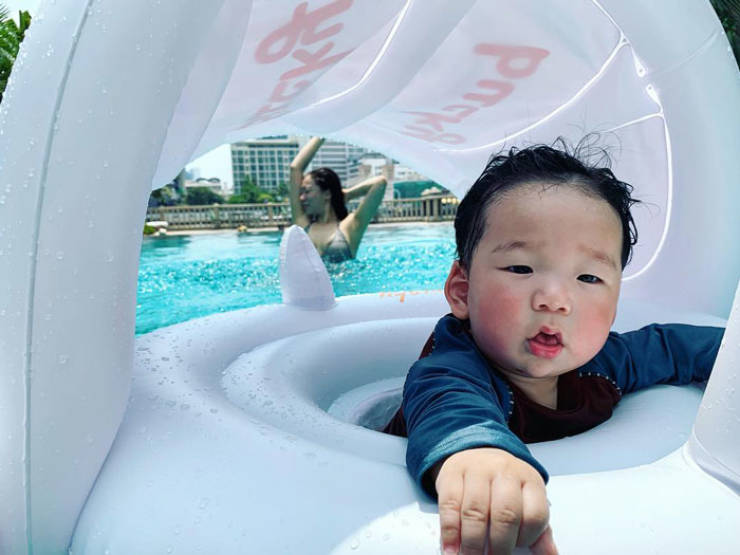 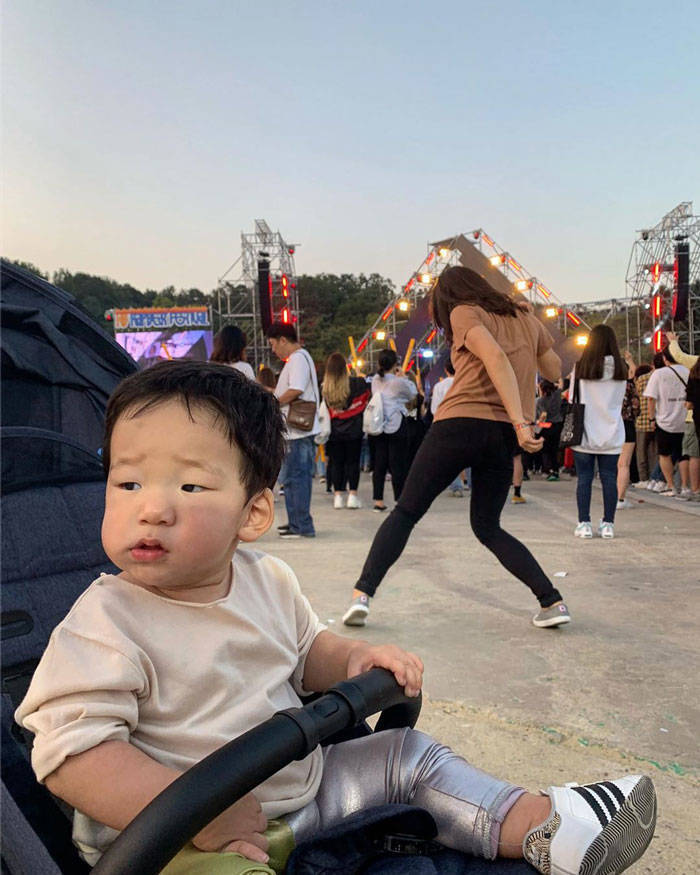 “The pictures are comedic, but, at the same time, they give a certain kind of satisfaction to moms who want to have their own private time,” says Lee Mi-do. “I have received countless thanks from moms for making them feel good about it just by looking at these photos.” 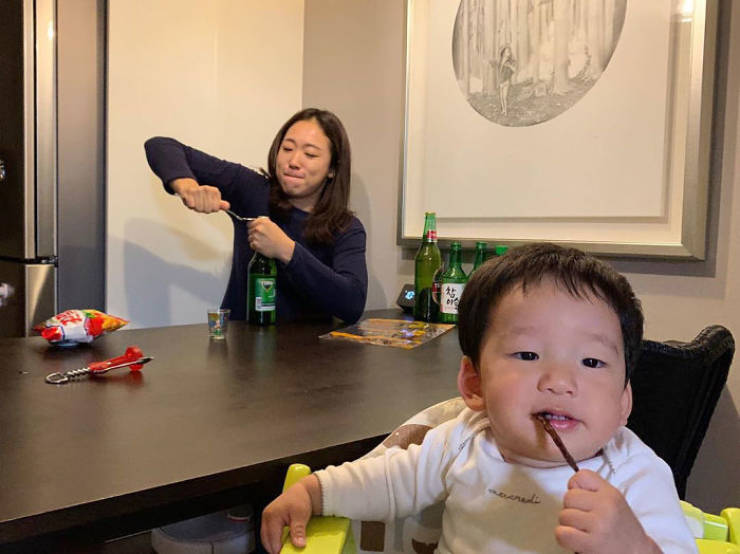 She also posted other personal life situations, like working out & Halloween dress-ups 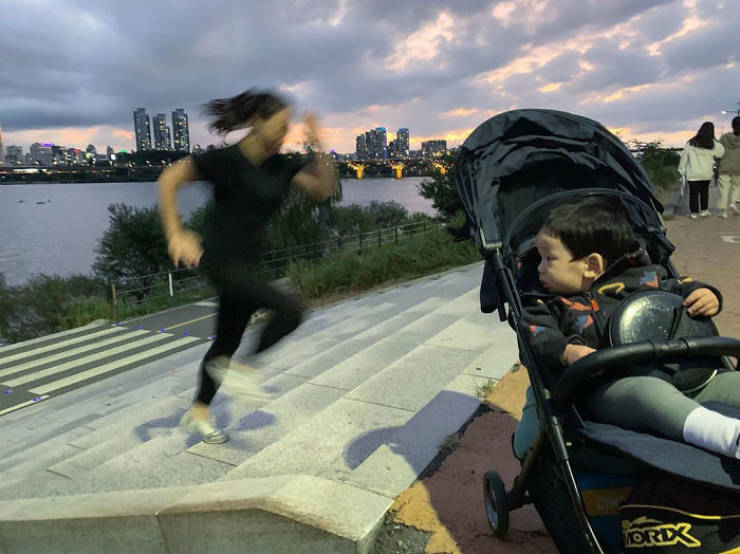 In nearly all of the pictures, baby Nicolas is completely oblivious to what’s actually going on around him, making it all the more adorable. When asked if she thinks little Nicolas may start doing something similar to “Mom’s Personal Life”, except with reversed roles when he grows up, Lee commended this: “It would be extremely fun to have my son take “revenge” on me by doing a reversed-role “Son’s Personal Life” thing!” Something to look forward to, moms. 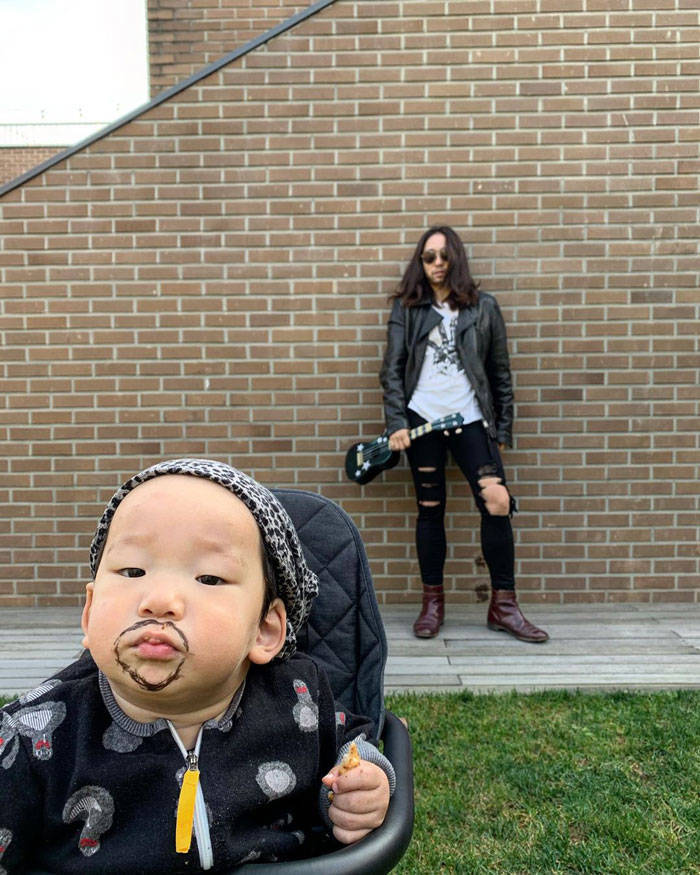 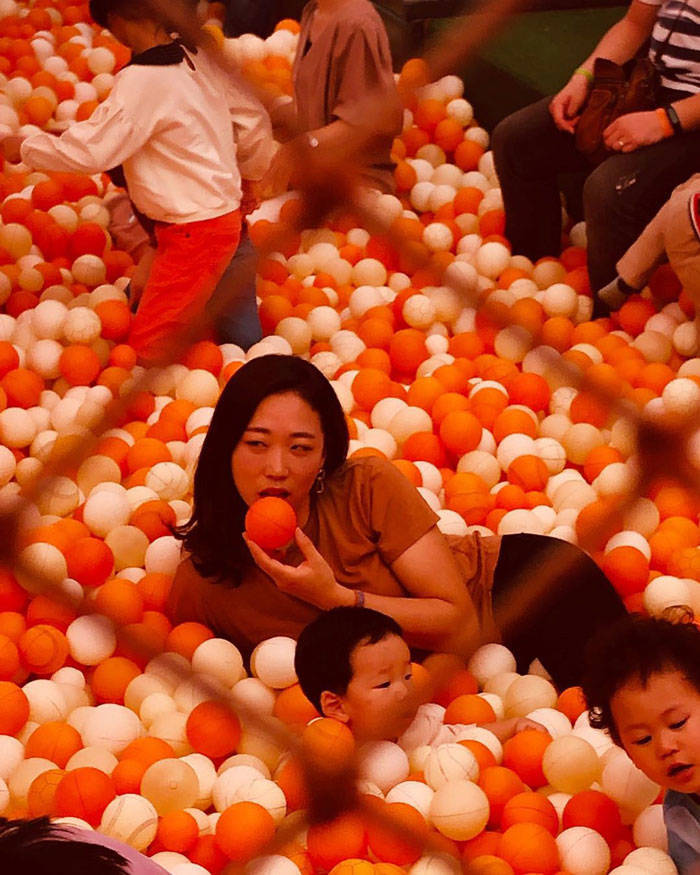 Lastly, we asked Lee Mi-do what could her fans and followers expect next in “Mom’s Personal Life”: “Me and my husband have this list of things we want to do, but it’s a secret! We have season-themes as well as more active ideas prepared for every mom to relate to.”