Free Gas For Anyone Wearing A Bikini? Sounds Like A Deal For These Russian Men! (9 pics)

Olvi gas station in Samara, Russia had a quite strange idea for publicity 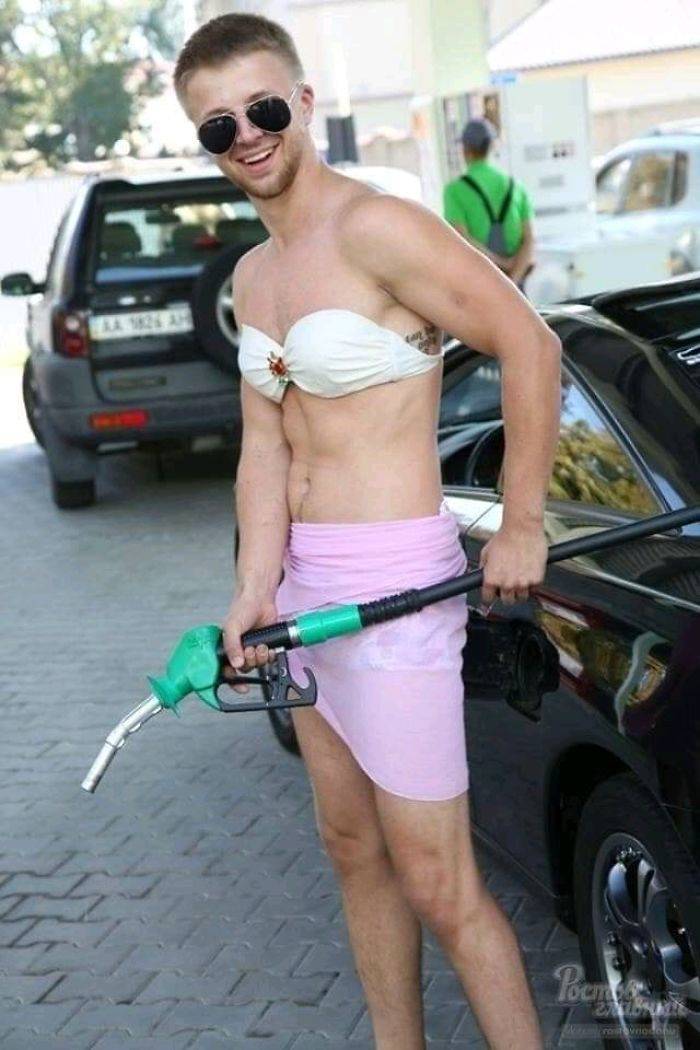 Some say there’s no such thing as bad publicity and the marketing team of this gas station in Russia would certainly agree with them. 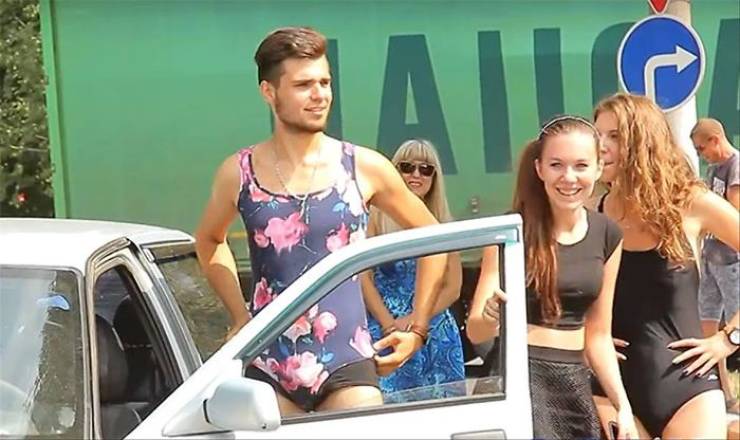 They came up with quite a shocking idea for a publicity stunt and offered free fuel for anyone in a bikini.

All the while they probably expected females enroll in this stunt 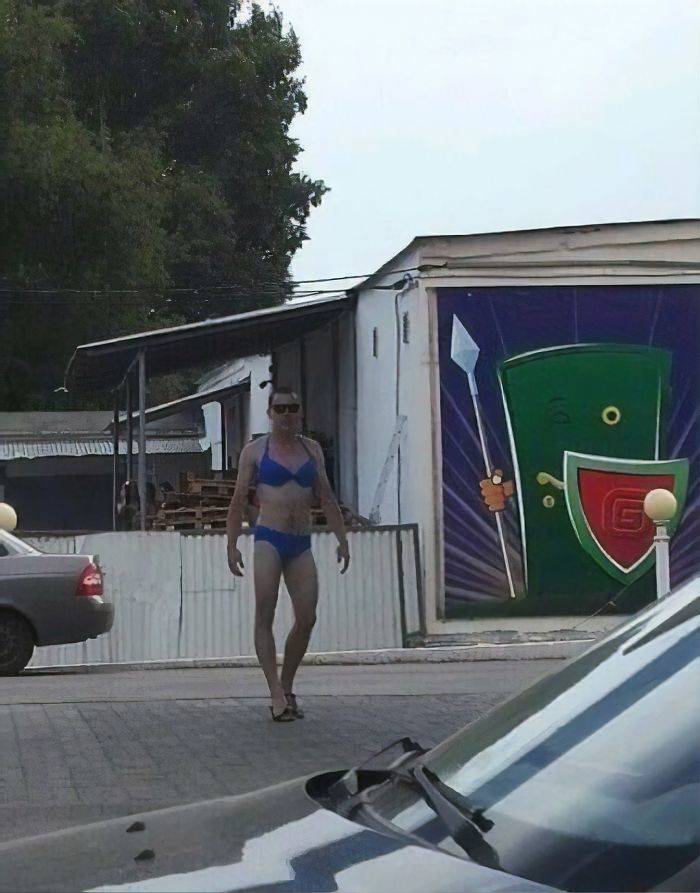 Little did they know then that some men would show up wearing bikinis too! Our guess, that this wasn’t something they actually expected.

The gas station left out a loophole in their generous offer 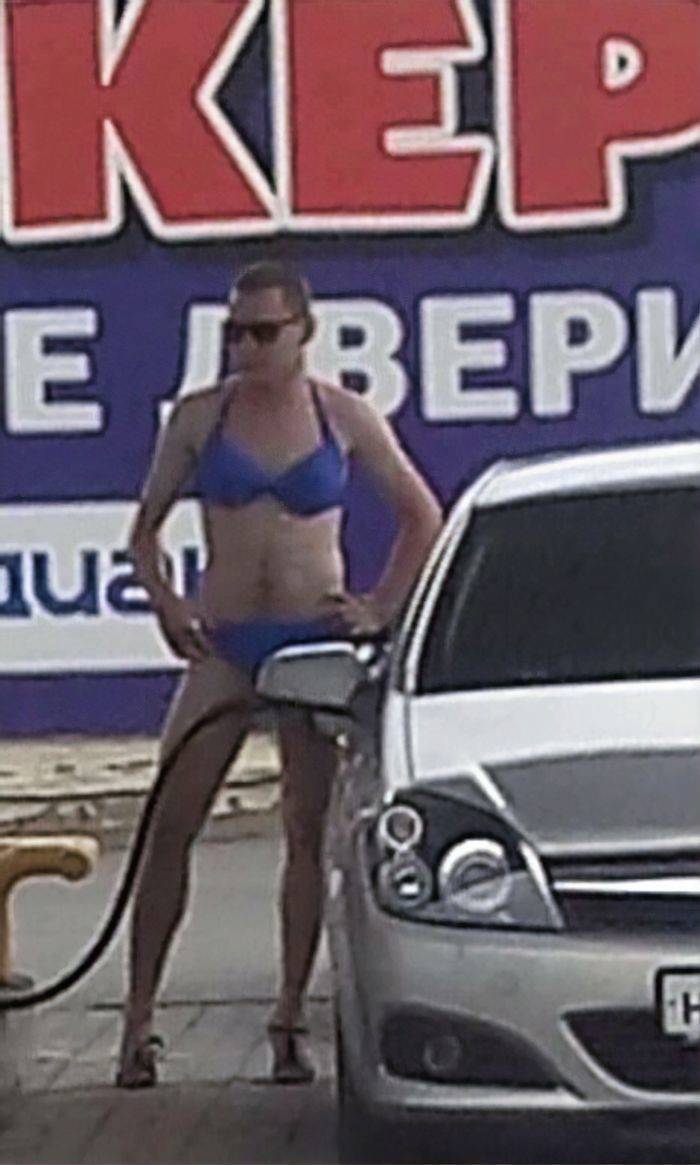 Even though this special offer only lasted for three hours, people were able to get some shots of guys sporting those tiny scraps of material. 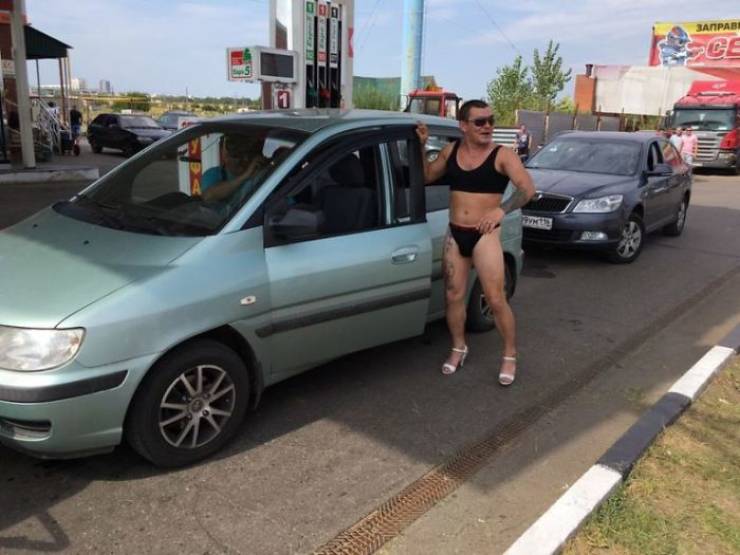 While the event could seem downgrading to some, loads of people didn’t hesitate and seized the moment as there was a long queue of both men and women all dressed in bikinis waiting to fill up their tanks. 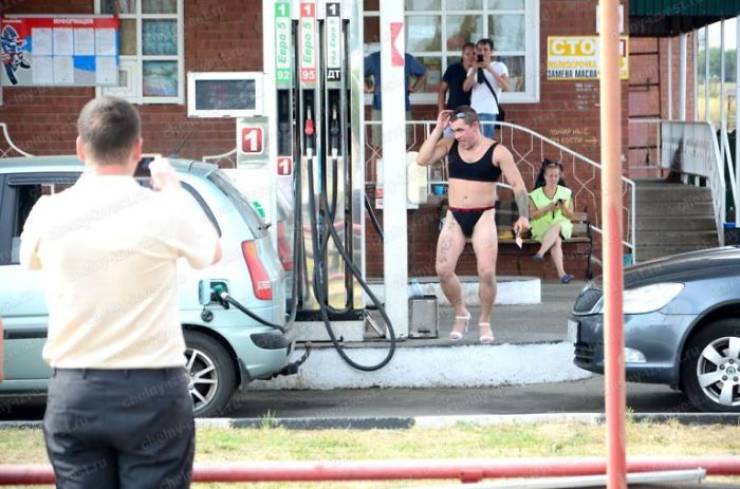 Some people could be seen helping their partners who sat this one out in the safety of their cars. 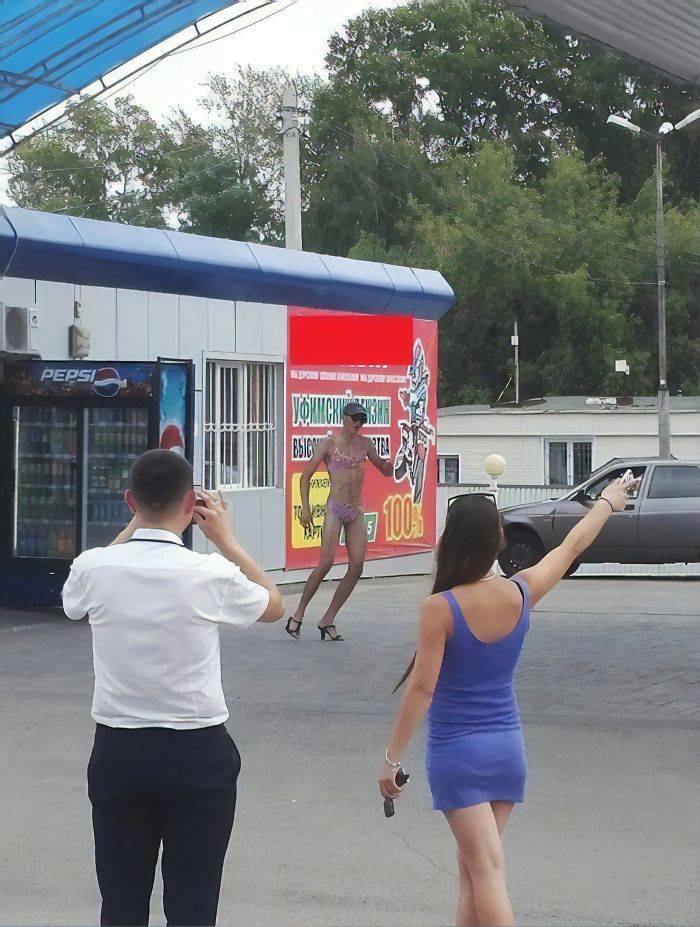 Even though this publicity stunt truly caught the eye of people around the world, it wasn’t as original as you could think. 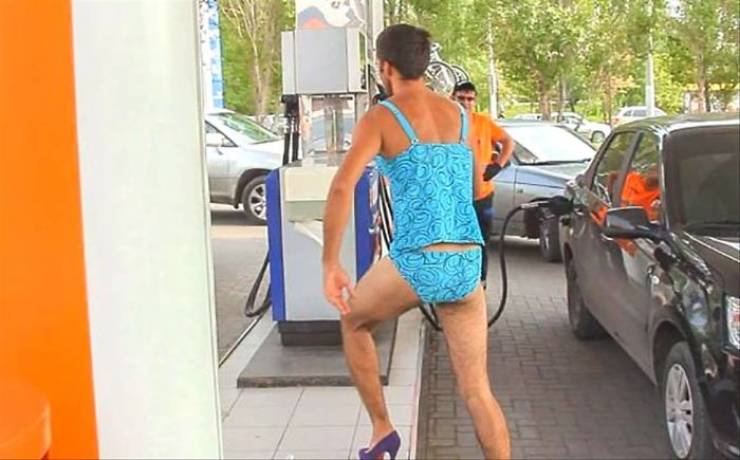 A gas station in Ukraine decided to do the same a year after this even in Russia. Needless to say, they left the same loophole in their offer and got a mixed clientele of men and women in bikinis as well.

Well… Only in Russia! 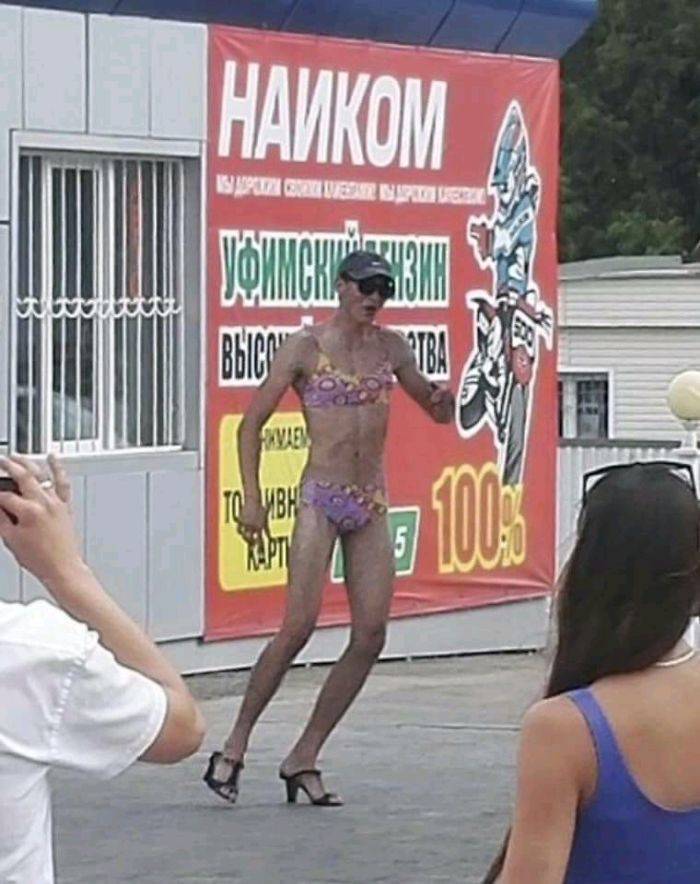 Well, while you can question the morals behind this all you want, we can all be sure of one thing: they indeed got the publicity they wanted.