Guy Looks For A Replacement For His Mismatched Truck Hood, Finds The Absolute Perfect Candidate (17 pics) 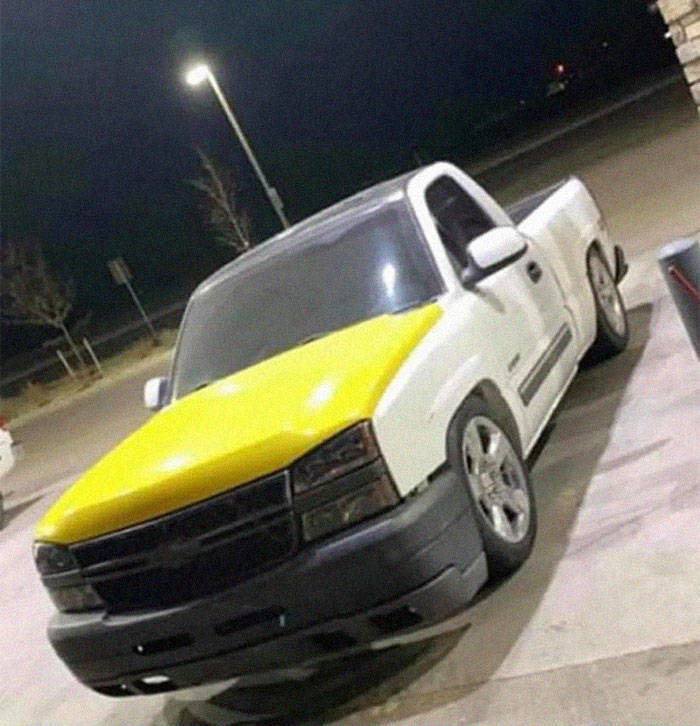 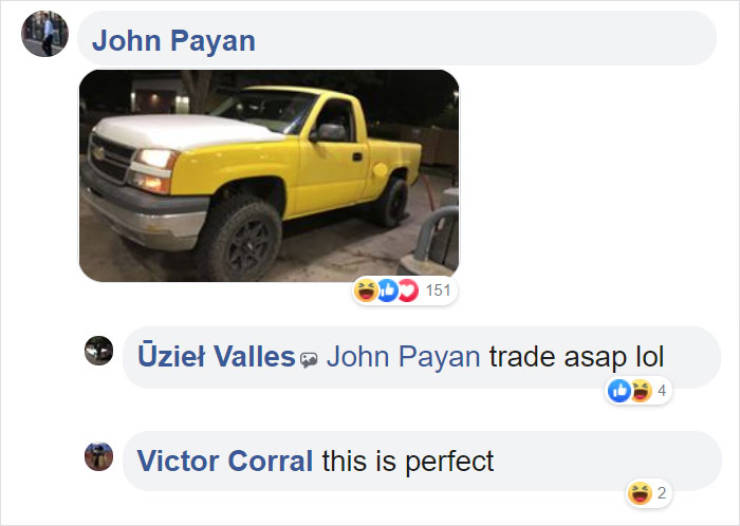 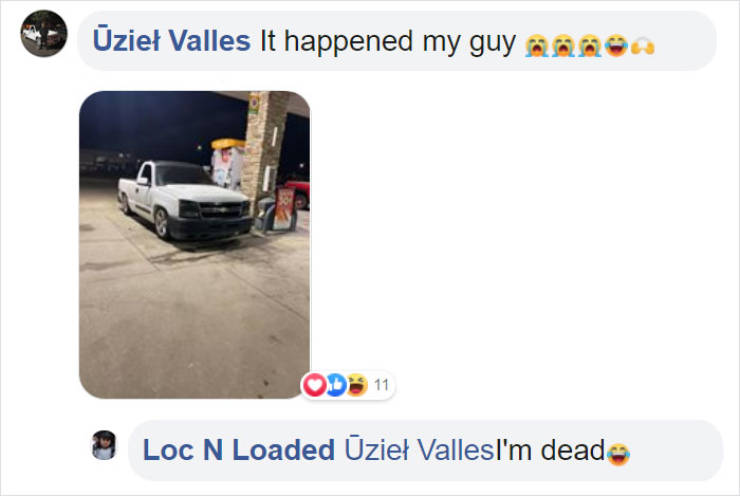 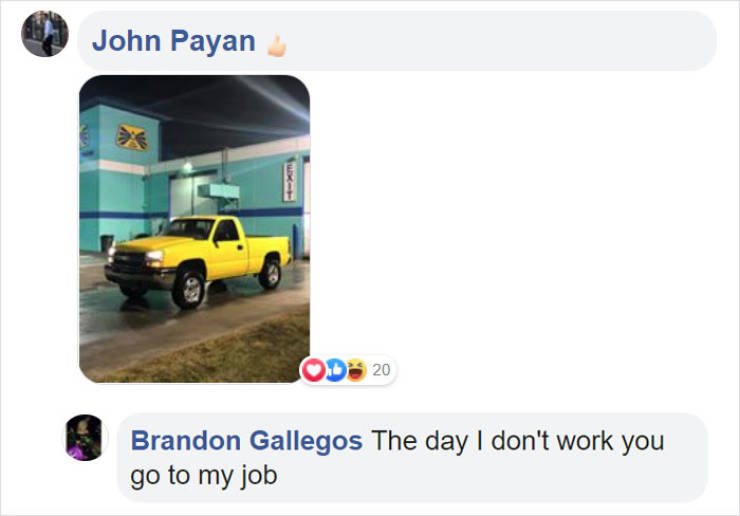 Ūzieł joked with Bored Panda that he believes the story of the truck hood trade “got big” because of how hard it is to find vehicle parts and he managed to get the hood that he needed in less than 24 hours.

He confirmed to us that he does indeed love trucks and that his current truck is a “2000 Chevy Silverado with a 03 front end.”

“I love the cat eye, looks more mean in my opinion, and I picked this kind of truck because I just loved this model. Honestly, I like single cabs and this one is my favorite.”

Here are the trucks after the hood exchange 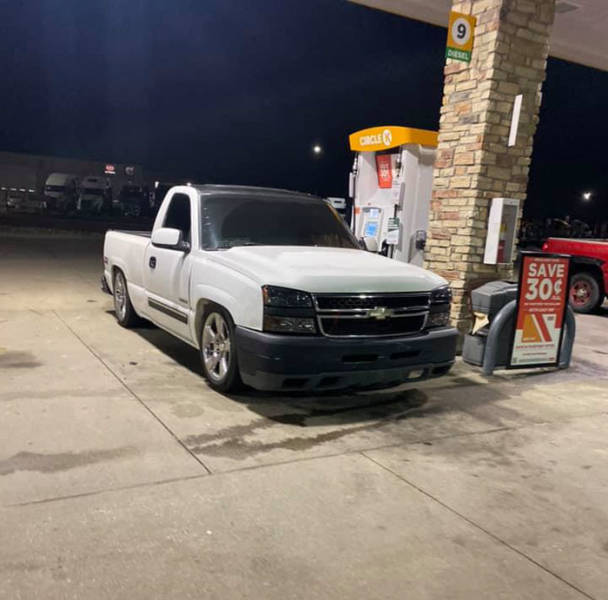 Ūzieł admitted that he, his family, and his friends didn’t expect the story to go viral: “They’re all laughing ‘haha we didn’t think this was gonna happen’ and some are happy to see my truck going around.” 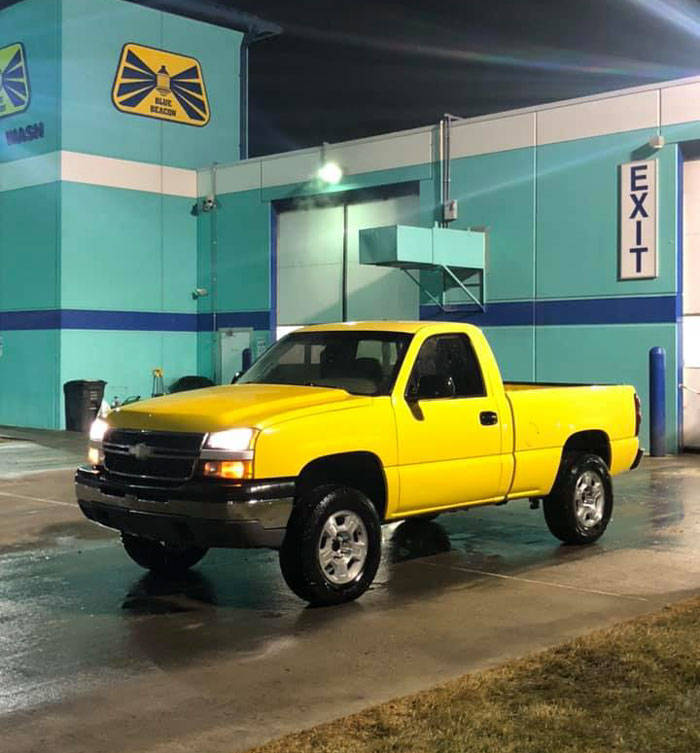 One internet user thought that the story was a great metaphor for relationships where two people complete each other. Another told of a similar story involving a red Mustang with a blue door and a blue Mustang with a red door.

Naturally, we couldn’t have a thread like this without some obligatory comments of this being “still a better love story than Twilight.” Here’s a fun fact: the first Twilight film was released 11 years ago and people are still talking about it.

Social media and sites like Craigslist might be convenient to sell things that you no longer need, but there are some risks involved. Fortunately, there are precautions you can take to make sure you don’t get scammed, especially when you’re selling something like a car.

To start things off, make sure that you filter out scammers and swindlers by calling up the potential buyer on the phone and trust your gut on this: if your instinct says that something’s wrong, something probably is. Also always meet buyers in ‘safe zones’ where there are plenty of people and video cameras around.

What’s more, agree to sell your car for cash; only accept checks if you and the buyer both meet at the bank and have a teller confirm the transaction. Another piece of advice is one that’s great for life in general, not just selling cars: don’t be overeager or desperate because you’ll be likely to sell quickly and ignore huge mistakes lying in wait.

Dear Pandas, do you think the car hood situation was merely a coincidence or serendipity? Do you believe in fate or do you think we all forge our own paths? Would you ever consider trading car hoods with anyone? Share your thoughts with us and other readers in the comments below.