I had an 8th grader today who was surprised to learn that when he calls his teachers Mr./Mrs. ______, that is their last name, not their first name.

I go by Mr. Good. He thought my first name was “Good”. 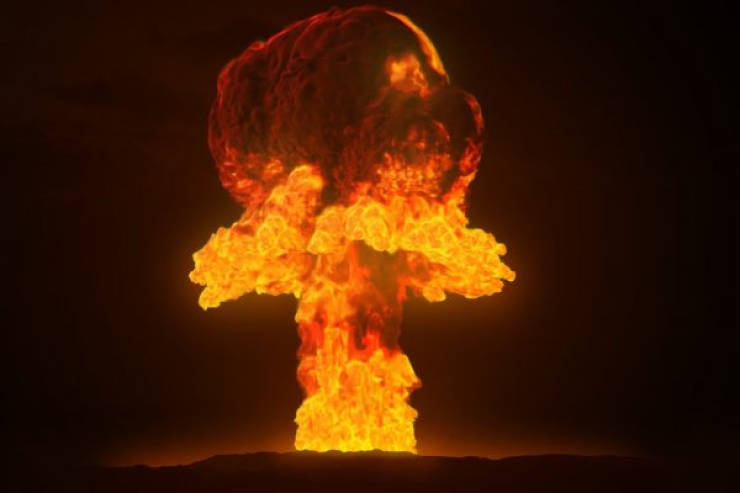 Mom has been a teacher for 42 years(8th grade the whole time) and there was one student in particular who did an array of unintelligent things. The one that put the nail in his being expelled coffin was when he didn’t want to go to school one day and instead of being sick, it went like this:

Reception: insert school name how may direct your call?

Student: my name is insert students name and this is a bomb threat.Reception: Please hold

In a rural school district in tx. A thick electric cable spans overthe rec area and 50 middle schoolers ( lunchtime), one of whom decides to throw rocks at the squirrels that use said cable as a bridge. Student hits poor squirrel minding it’s own business that then falls several feet directly on to students face. Unharmed, poor mr. Squirrel scampers off and 6th grader gets a scratched up face and rabies shots.

I had a classmate put a thermometer into the middle of a bunsen burner to “see how hot the fire was”. As glass and mercury promptly exploded everywhere, I’m pretty sure I saw the teachers soul leave her body. Never saw her look so horrified or pissed before.

I teach 5th grade. I had to explain to a student walking in line. He would never walk in line correctly. Finally after correcting him for the 1000th time, he snapped. “What do you mean? What do you mean get in line? What’s the line? Why do teachers always say that?” It never occurred to me he didn’t understand after being in school for years. He was the best though. One of my favorites.

I work in student accommodation at a fairly large UK university, and jesus christ the things I’ve seen. Even if you don’t count the things they do while drunk, you still end up being concerned for the future of humanity.

Most people know they shouldn’t microwave metal. Some people still try to heat unopened cans in one.

If you forget your keys, call security. Don’t try to climb in through the 10″ x 12″ bathroom window because you’ll get stuck, and we’ll need the fire brigade to come and rescue you.

As a university student, I’ve seen a bunch of cooking disasters. My favorite was when a girl tried to make mac’n’cheese with vodka instead of water because she “didn’t trust the tap water.” There was a small fire and my entire residence hall had to stand outside for an hour and a half in the middle of the night while it got put out.

On a number of occasions, around five or six, I have had to explain to students that you can still get pregnant even if you don’t orgasm. Apparently, it’s an old wives tale in a bunch of cultures. And when i corrected them, they fought back.

When I was student teaching, I had one who was JUST on the verge of passing (thanks to the incredible mercy of the primary teacher). All he needed to do was turn in a worksheet that he finished in class. I know that he finished it because I watched him and helped him do it.

All he had to do was give it to the teacher. But, in his mind, that would mean that she had won. So he refused to turn it in. I left the school before the end of the semester, but I would bet money that he failed the class. 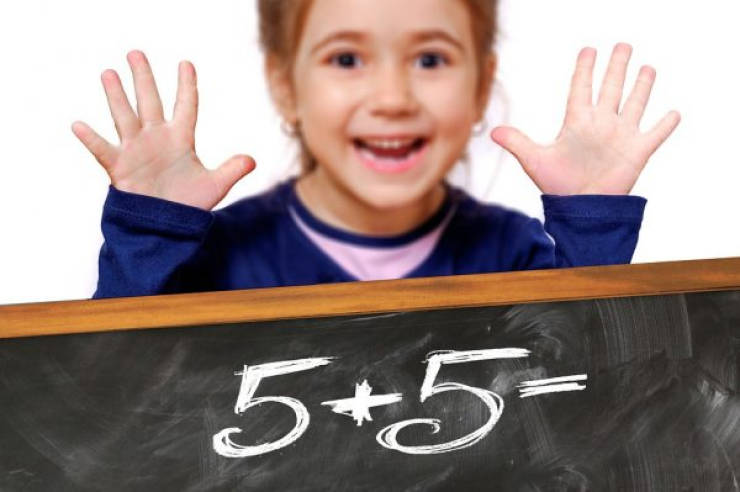 I had a little boy (first grade) who always got 14 as his answer to every problem no matter what. On the second day of school I sat down to do 3+2 with him using counters. We set out a pile of 3 and a pile of 2. I told him to count and watched in horror as he pushed the counters into a line and then counted back and forth and back and forth re-counting them until he got to 14. That was the biggest number he knew, he would have just kept going on.

Kids asked me, “Are you from Detroit or (some other city I forget)?”

I said “Neither, I moved here from Pennsylvania.”

One girl gasped and asked, “Do they have slaves there?”

I’m not a teacher, but I used to volunteer in my daughters” classrooms when they were in elementary school. One day while I was helping grade papers, it became quite apparent that one little girl had copied from the boy sitting next to her – not only were the answers the same, she also had written his name on top of her paper!

I don’t usually wear glasses when I teach. Except for one day. And it was subsequently a big deal among all my fifth graders.

The next day, at the start of class, I noticed a girl in the front row wearing glasses for the first time. Something seemed a little off so I finally decided to chime in.

“Emily… what’s the deal with the glasses?”

“But they don’t have any lenses.”

She appeared befuddled and said, “They don’t?” before lifting her finger up to one of the eye frames and poking herself in the eye.

I was a former college recruiter who used to set up a booth at low-income schools to help guide first generation students into college. Had a high school girl come up to me and tell me she wants to be a gynecologist. So I start talking about which schools have good pre-med programs, the kind of classes she would need to take, broaching the idea of med school.

She says hold up, a gynecologist is a doctor? I say yes. She says Well I do NOT want to go to medical school. I just want a job where I can look at vaginas all day. We ended up talking about possibly cosmetology school or esthetician school. Also, she was not kidding. I got many, many dumb questions like this. When you dont know, you don’t know.

Teaching laboratory skills. Asked a student to mix a tube by turning it upside down gently a few times. Immediately turned it upside down without putting the cap on first…

Student was a senior undergraduate, so maybe 21 years old?

The other day I had a student bite into a bar of deodorant. Just…chomped right into it, as if it were a coconut-and-palm-tree-scented ice cream bar. This, after making like he was going to “lick” it and accidentally getting the taste of the deodorant and his own residual pit sweat. Half a second later he just went whole-hog on it and took a chunk out of it, then spat it out. I didn’t know whether to call poison control or the principal.

I thought I would be teaching about plate tectonics today.

Ended up having to do a lesson on why the earth isn’t flat. 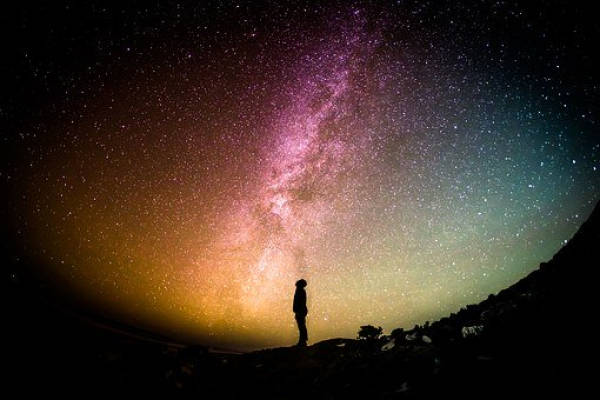 HS Class was discussing the number of stars in the galaxy. My buddy jokingly says 20. Kid next to him (notably not the sharpest kid I’ve known) goes, “are you stupid. There’s gotta be 100 of them. Maybe even a thousand.” Serious as can be.

When I was a professor I had a student submit a paper she clearly hadn’t written. I called her out on it and she complained by email to me and CC’d the dean of the school. Her argument was that it *was* hers because she had paid *her own* money to have it written.

I’m not a teacher This was in my 11th grade world history class. We were going over ww2 at the time, when this girl raised her hand and asked completely serious, “Wait England isn’t a state in the us?” The teacher just looked at her in shock while the rest of the class burst into laughter.

I am sure she was serious because she got really embarrassed and after class I heard her ask her friends at lunch if they knew about England. They also started laughing at her too.

One of my 10th graders said she saw a crime being committed (bike being stolen in neighbor’s yard) and she wanted to call 911 but she didn’t know the number.

Court 1 year ago
I (very briefly) dated an elementary school english teacher whose grammar was riddled with gems such as "I had drove', 'I had went', 'I seen' etc. I don't believe in the concept of 'correct' grammar in everyday conversation, informal situations, etc; so in conversation, I just thought it was cute. But when I realized she thought her grammar was conventional enough that that is what she taught her students, I had to break up with her.

I had a nun who taught us the famous quote 'Vini, vidi, vici'. I was also taught that this is where the evil 666 originated. (VI, VI, VI). It was only after an embarrassing conversation as an adult that I realized it was 'Veni, vidi vici'.

There are teachers - far too many teachers - purposely 'teaching' incorrect things such as sex education in order to further their radical and/or uninformed political-religious agenda.

I could go on. But my point is that given the state of teaching, it's no wonder some of the students struggle.

Oh yeah, depending on the age and experience of the student, putting a thermometer in a flame to determine its temperature is not an unreasonable thing to do. A teacher should have covered that before putting students - probably children - in front of an open flame.
Reply