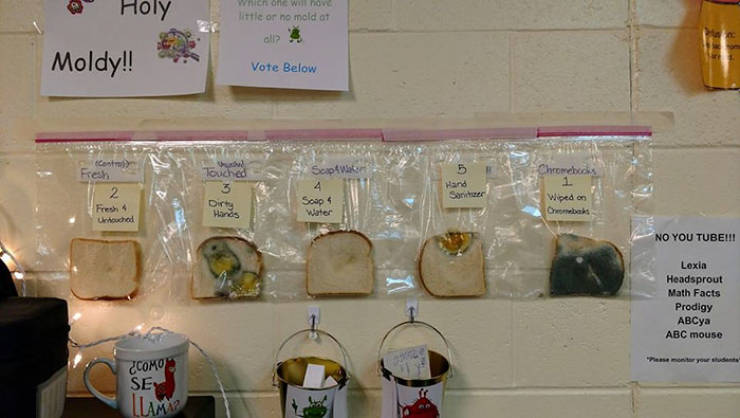 “We chose this experiment because we had been learning about decaying leaves and mold and flu season was approaching,” Jaralee Metcalf told. “We decided it would be an awesome mold experiment to learn about germs by using moldy bread!”

Mold started forming on some of the slices in just a couple of days.

The mold that formed from the Chromebooks 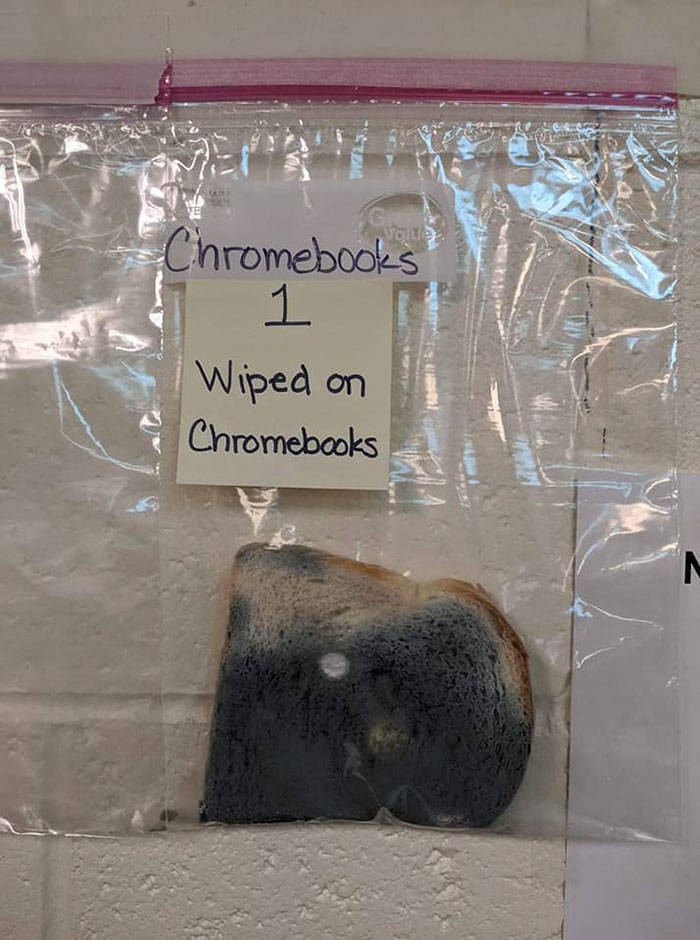 Here’s the untouched slice of bread 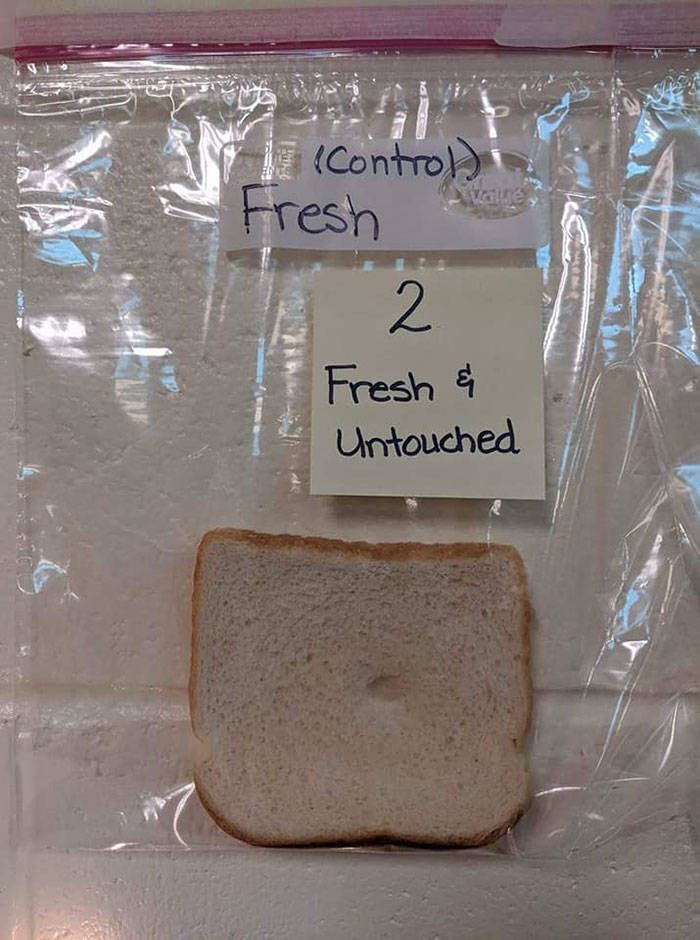 The one that was touched by kids with dirty hands 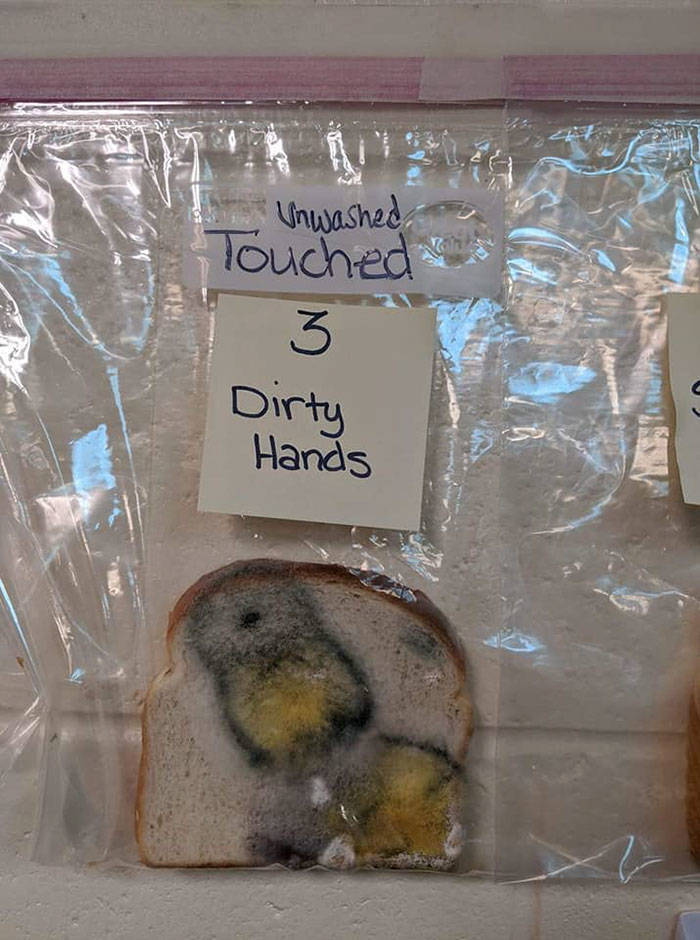 The slice that was touched by washed hands 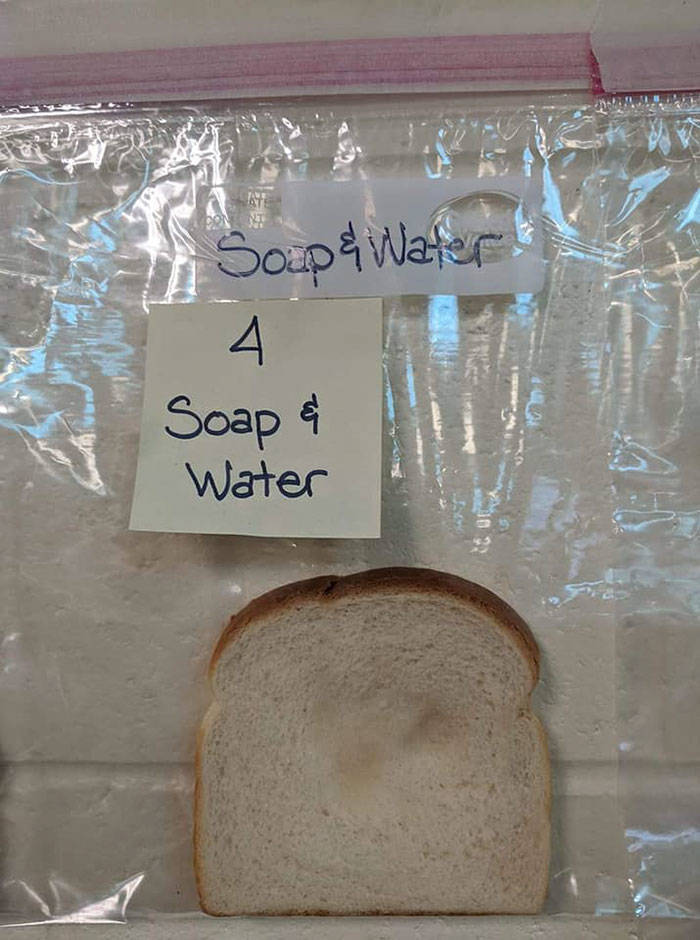 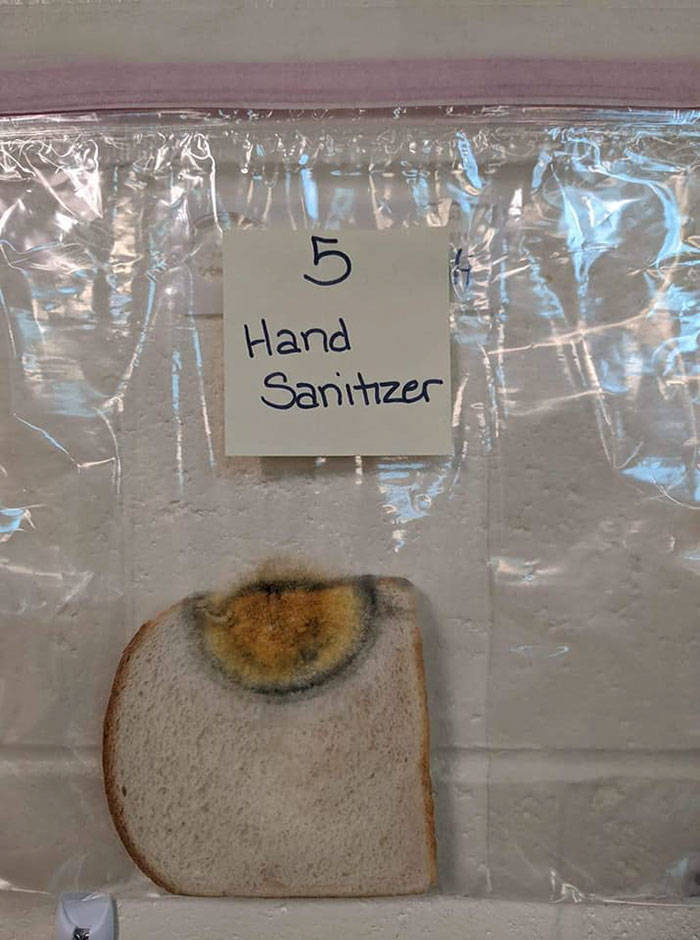 And it worked. “The students were very involved, they usually are with hands-on experiments!” Metcalf said. “Since the results were so shocking, the students and staff have taken a very serious turn toward better hygiene. Students from different classrooms in the entire school have come to our class to look at the moldy bread and learn about handwashing.”

Metcalf also wanted to use the opportunity to tell all the parents that hand washing isn’t always enough. “If you send your child to school when they are sick, they put everyone at risk. Including teachers and our families! I’d like to urge parents to keep their sick children at home!” 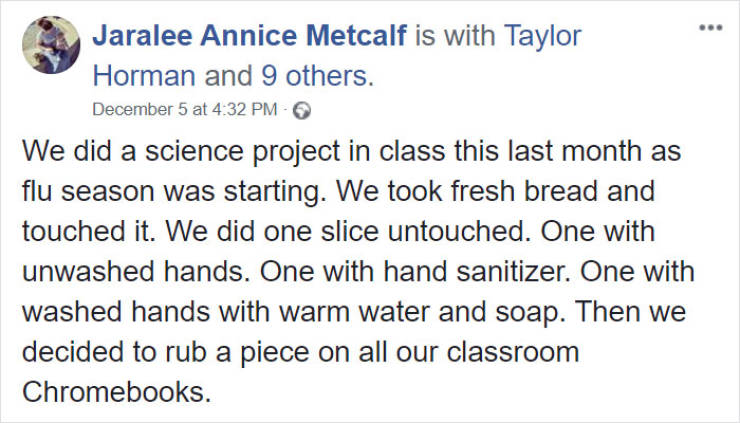 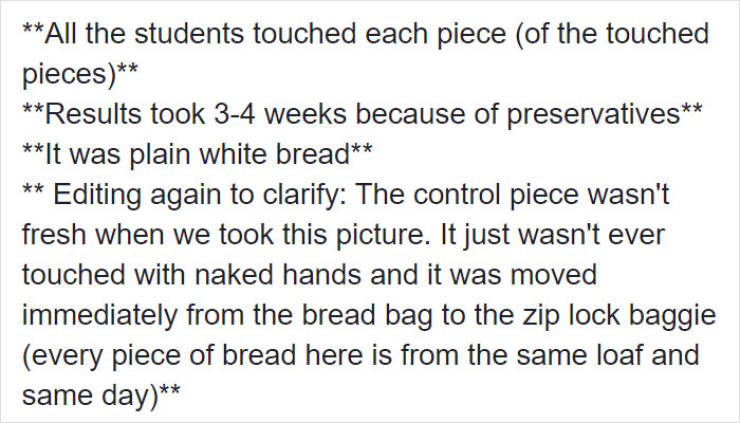 Intact 1 year ago
As a child, I was made to wash my hands religiously. By the time I was 50, I had psoriasis on my hands so bad that now if I try to do any normal activity with my hands, the skin shreds as if I'd put them in battery acid. I can't take any of the medicines, so in my 50's I essentially became partially disabled, solely because I can't use my hands as a normal person would. I don't have it anywhere else on my body; just my hands, which as a child I had to wash several times a day.

I never had fewer colds; I've actually had more of them over my lifetime, and for longer, than most people do. No amount of washing before eating, after working/being in the gym/handling things other people had handled ever made any difference.

But I have burnt, painful, useless hands. Take from this what you will.
Reply
-1

Stronger 1 year ago
Compilation, In their 50's makes them a GenX'er.

Tourist 1 year ago
@intact what does that have to do with anything? psoriasis is hereditary.
Reply
0

Circus 1 year ago
Bread don't have an immune system.
Reply
1

Visit 1 year ago
@intact You've probably already tried, and may not see this, but just in case, try Gold Bond cream. My hands dry out to the point I can bend a finger and watch it crack and bleed. I put the cream on my hands at night and some cotton gloves on. Feels fine the next day, and if they dry out during the day, I just put some on the back of my hands and they're fine. Don't know if that would help you, though, but thought I'd offer.
Reply