What You Didn’t Spot In Popular TV Series 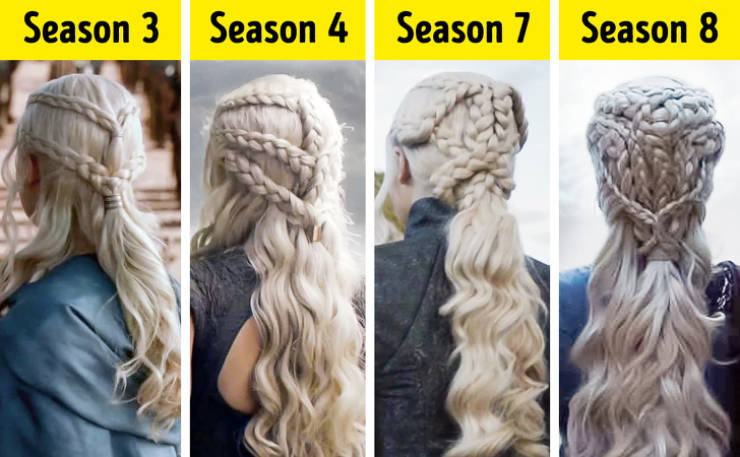 In Game of Thrones, all the Dothraki warriors have long hair and braids. If a Dothraki loses a fight, he cuts off a braid, so the longer the braid, the stronger the warrior. Khaleesi follows this tradition and she starts to add braids from the moment she becomes the queen of the khalasar. The more victories she has, the more braids appear on her head: by the end of the show, her hair is more complicated than the last season of the show.

Internet users even joked about this, “It is great that the showrunners didn’t put bells in her braids like they did in the books. Because then, her dragon flights would sound like a Christmas sleigh.” 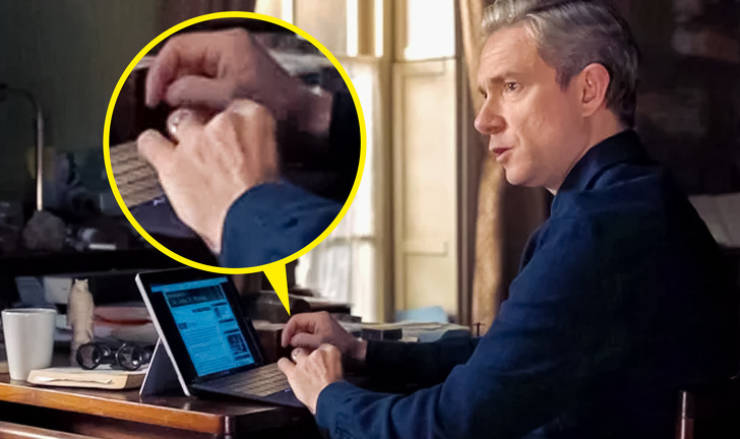 Look at the way John Watson types the text for his blog in Sherlock: he only uses 2 fingers. This is a reference to the typing technique of the Victorian times that the original Sherlock Holmes stories took place in.
3 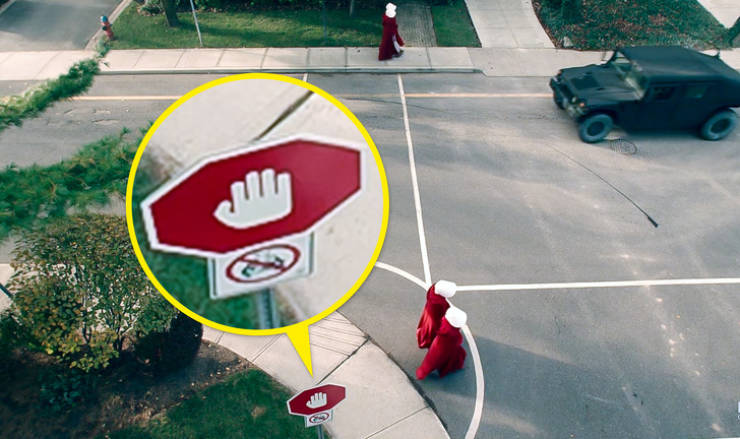 In The Handmaid’s Tale, the story is about a totalitarian society where women are slaves: they can’t work, study, read, or write. The creators were very careful about the details. For example, instead of the STOP sign, there is a picture of a hand.
4 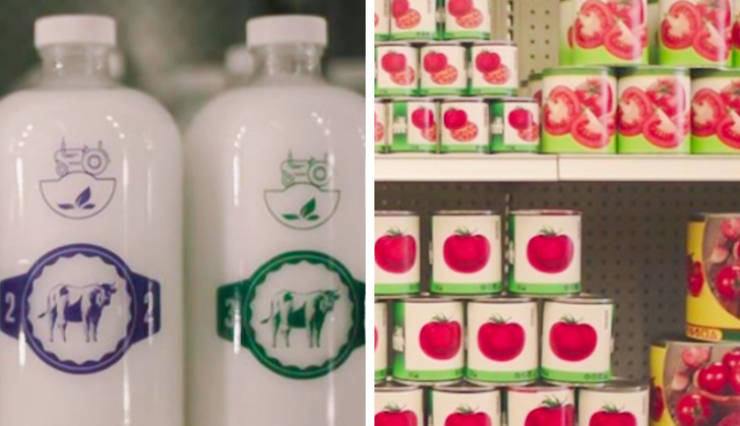 The same goes for the food in the stores: you won’t find any text on the packages, only images. This is what attention to detail means!
5 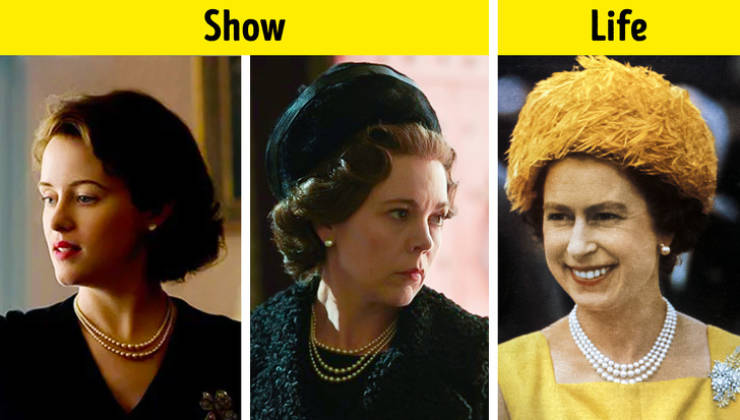 In The Crown, almost every single time the Queen is going to take part in a serious event, like a conversation with a Prime Minister, a meeting, or a speech for the people, she wears a pearl necklace. Queen Elizabeth II really has a necklace like this, actually not just one, but 3. And she wears them quite often. We bet that from now on you will definitely notice this detail!
6 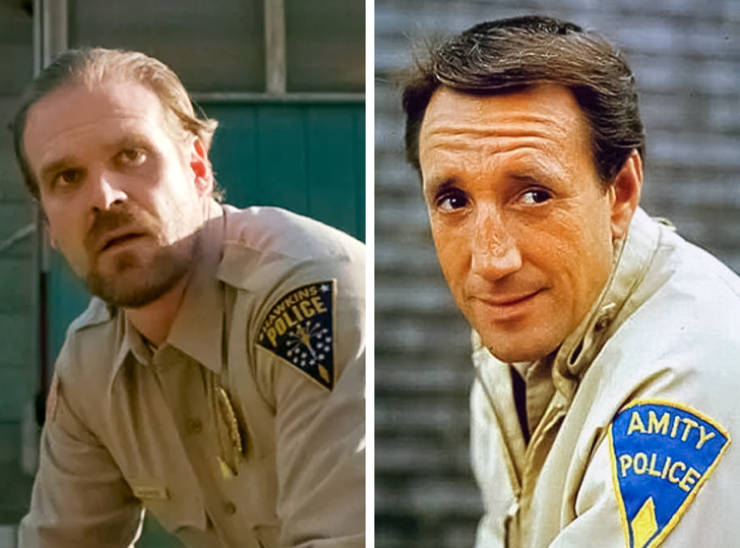 The uniform of Jim Hopper from Stranger Things is almost identical to the uniform of sheriff Martin Brody from the iconic 1980s film Jaws.
7 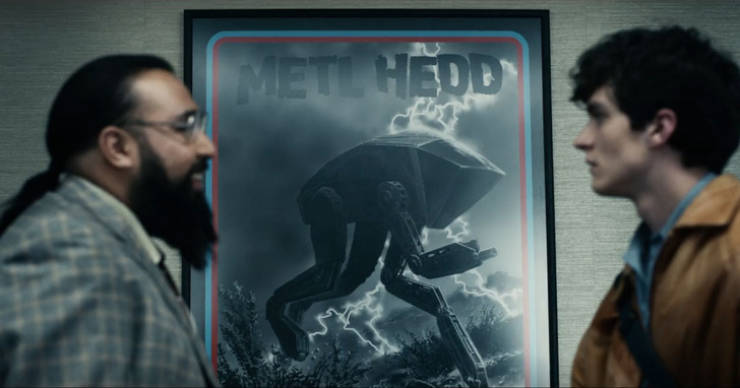 The creators of Black Mirror love leaving references to other episodes. So, in the interactive film Bandersnatch, you can see the Metal Hedd poster. This is the title of the fifth episode of season 4.
8 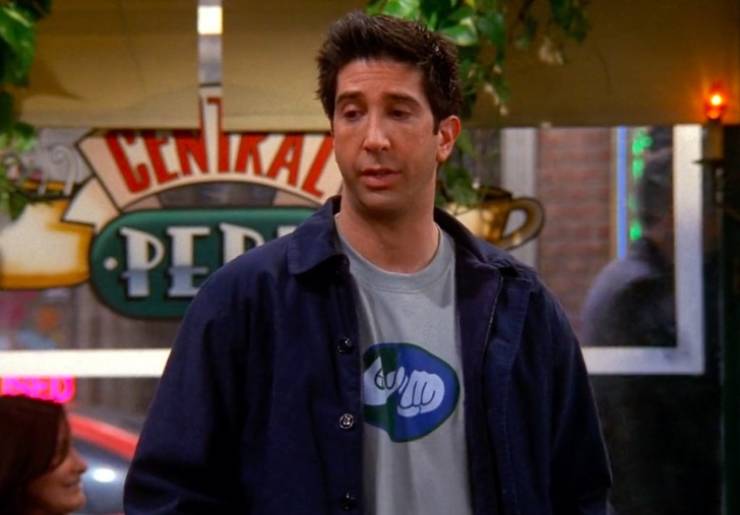 No matter how many times you watch Friends, you will always find something new in the show. So, in season 8, episode 17, Ross is wearing a T-shirt that has the word friends written in sign language. This is so cute, Ross!
9 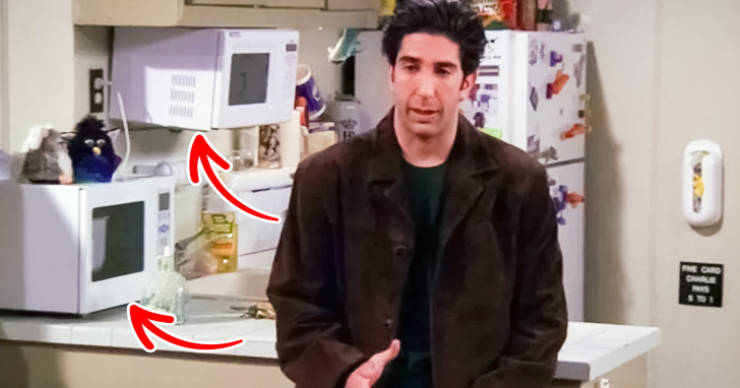 And in season 4, you can see a second microwave in Joey and Chandler’s apartment. Everyone knows that Joey loves to eat. Maybe he needs the second microwave to heat food even faster? This is a mystery from the creators of the show!
10 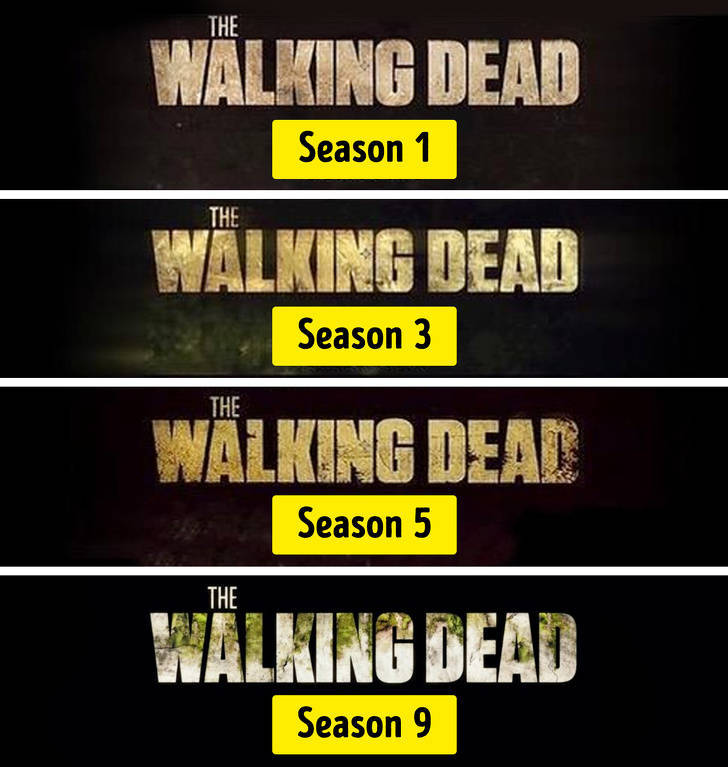 The opening credits of The Walking Dead reflect the tone of the plot: in the beginning, from season to season, the credits look more and more decrepit, but in season 9, they are made of stone which is a hint that the characters gain new energy.
11 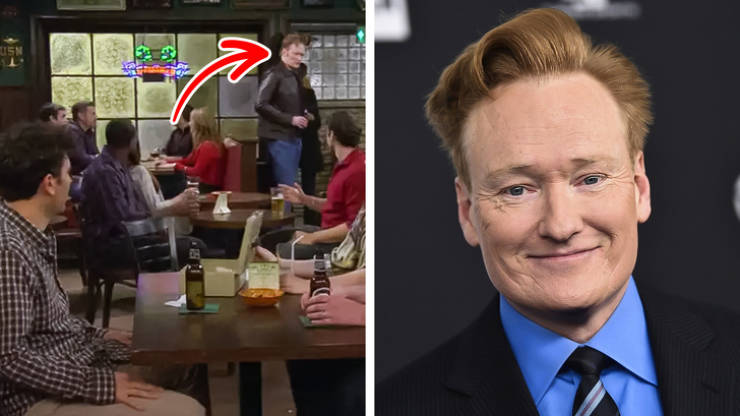 In one of the episodes of How I Met Your Mother, you can see popular American comedian, Conan O’Brien. His role was so small that he didn’t even have any lines.
12 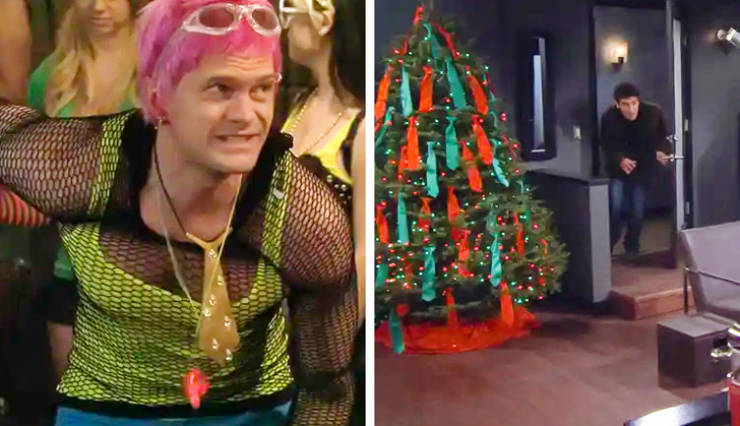 Barney Stinson is such a big fan of ties that he even wore one during the crazy party in season 4. More than that, Barney even decorated a Christmas tree with ties instead of ornaments.
13 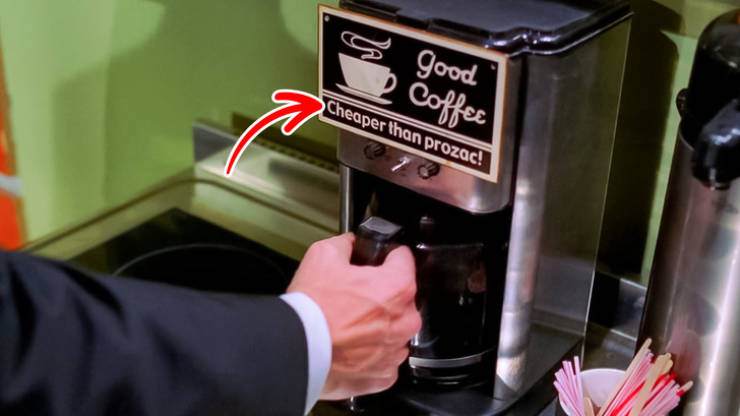 In House, M.D., you can see the words “Good Coffee, Cheaper than prozac!” on a coffee machine. Prozac is an antidepressant that is often mentioned in the show.
14

Attentive viewers have probably noticed that Gregory House’s address is 221 Baker Street, apt B. The showrunners have said multiple times that House was inspired by Sherlock Holmes, this is why they left such an interesting reference.
15 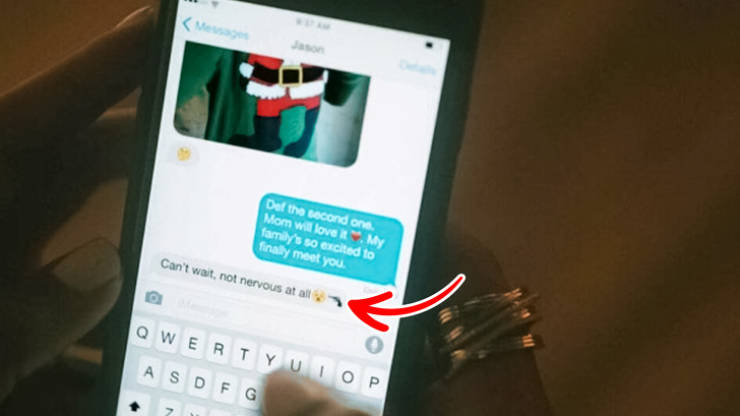 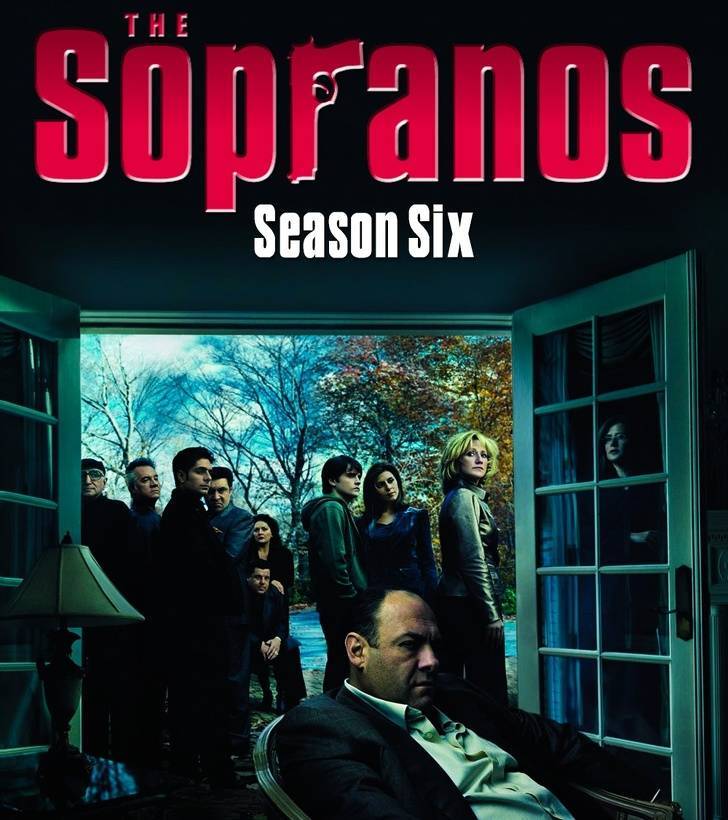 When actress Jamie-Lynn Sigler came to the audition for The Sopranos, she thought it was going to be some kind of a musical because of the title of the show. In order to avoid any confusion like this in the future, the creators of the show changed the logo and added the gun, instead of the letter R.
17 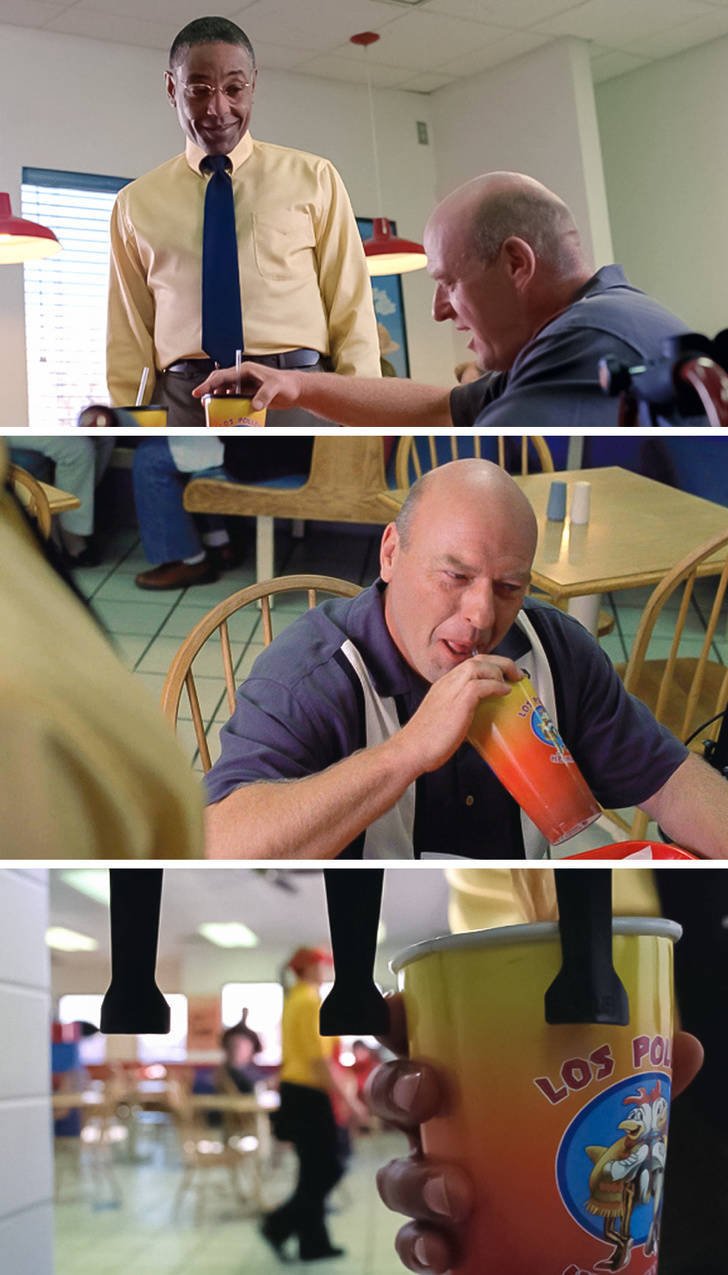 In one of the scenes of Breaking Bad, you can see Hank holding a cup by the lid very carefully in order to not remove the fingerprints of Gustavo Fring.
18 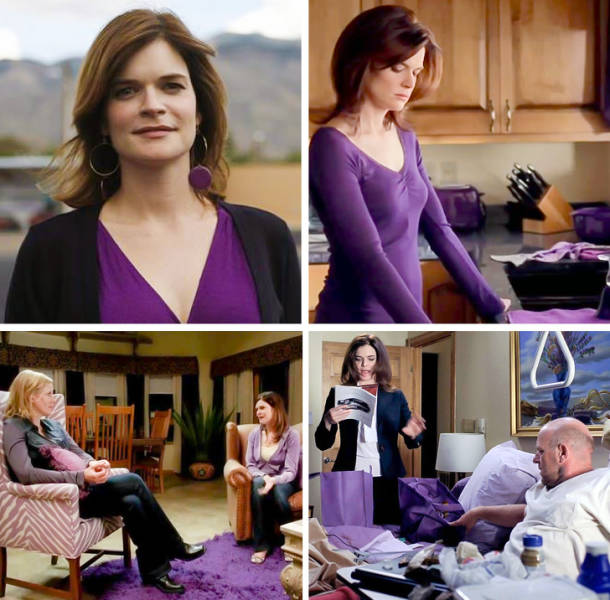 In the same show, colors play a huge rule. You can see that during the entire show, Mary Schrader is surrounded by purple: it appears on her clothes, her accessories, her textiles, and her interior details. This is the color between red and blue, a transition color which is great for someone as vulnerable as Mary.