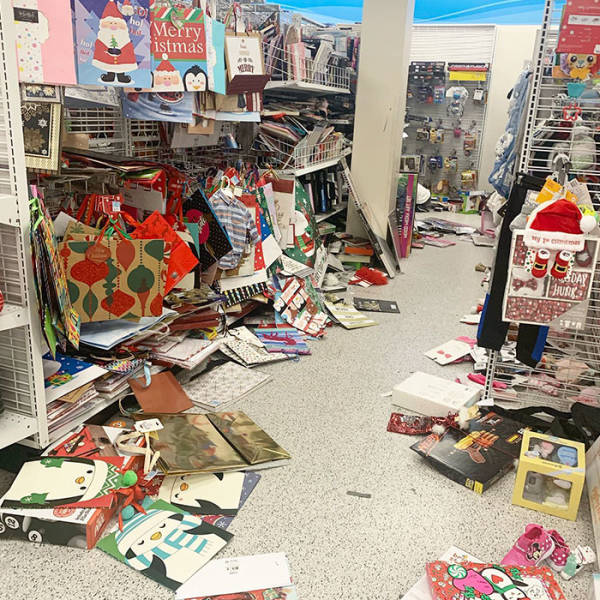 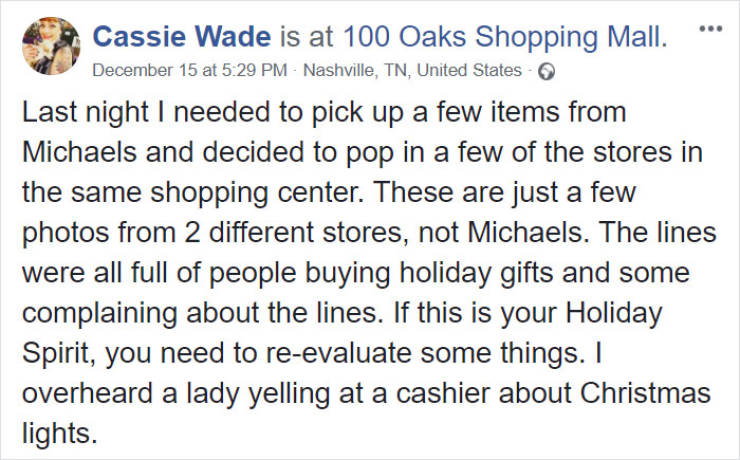 In her Facebook message, the woman also focused on how terrible this time is for the retail workers. Not only do they need to clean up all the messes made by customers, they also have to endure people being rude, as Wade witnessed. She used her social media platform to not only call out people for their questionable actions, but to also urge people to treat the retail workers with human decency. 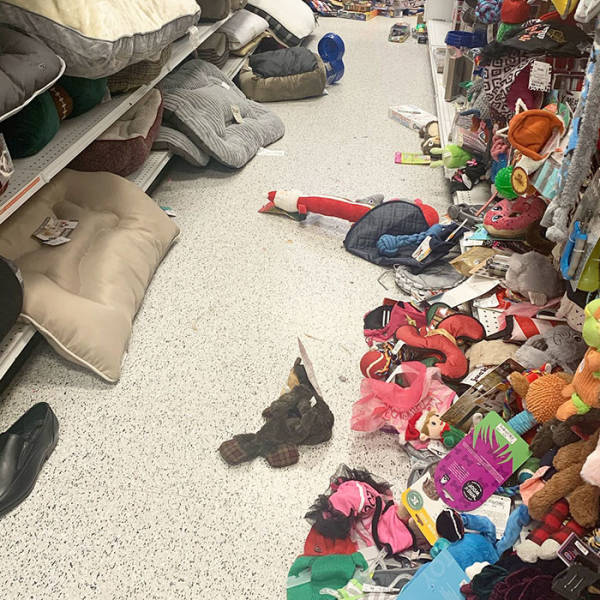 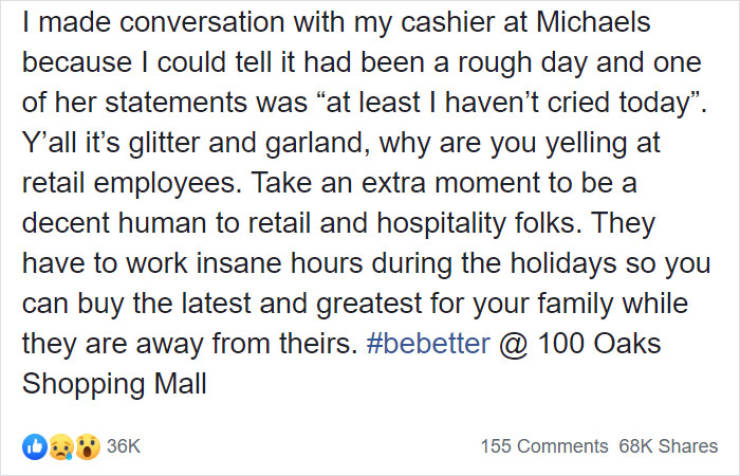 People who responded to Wade’s post were horrified by the images showcasing the mess, and shared their sentiments on being kind to retail workers. One person even suggested buying them various gift cards, like Starbucks, as a way to offer something back during one of the most difficult times of the retail year. 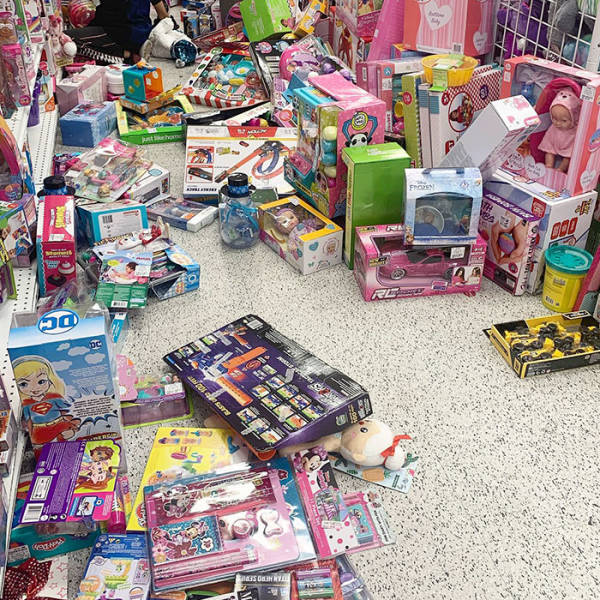 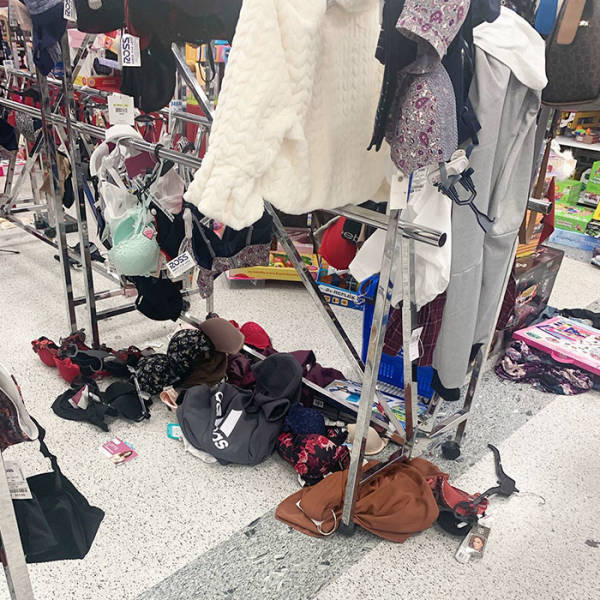 It’s no secret that the holiday season is extremely stressful for retail workers, who not only have a risk of missing out on Christmas dinner with their family, but also have to deal with an insane amount of stress during holidays. Not only is there an influx of people who can cause all sorts of damage, but the need to get the best gift and the best deal can truly bring out the worst in people.

CookieDevourer 5 month s ago
if you take something off the shelf and don't put it back where it was if you're not buying it - you are not a person, you don't deserve to be treated like a human
Reply