Hollywood Has Always Been A Scandalous Place… (19 pics + 2 gifs) 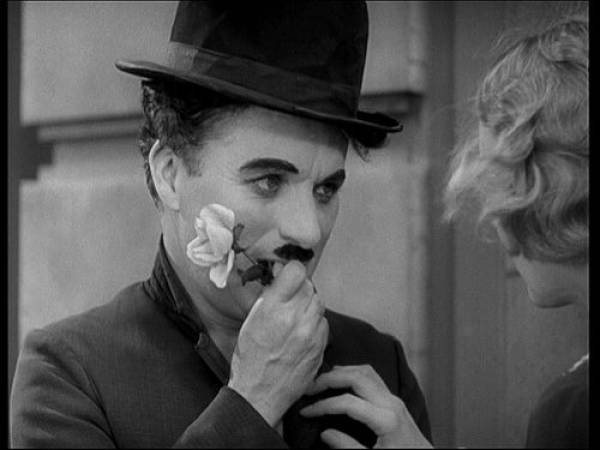 Charlie Chaplin slept with… a lot of people

The classic picture actor was quite the womanizer, claiming to have slept with over 2,000 different ladies. 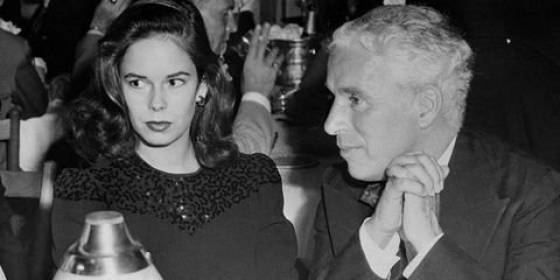 One thing that many of Chaplin’s pursuits had in common was their young age. He was engaged to Edna Purviance when she was just 19. Later he moved on to Mildred Harris, who he first noticed when she was 16 and he was 29. The actor also impregnated teenager Lita Grey, who Chaplin first showed interest in a few years prior when she was just 12 years old.

Similar stories continued until a 54-year-old Chaplin married Oona O’Neil, who was 18 at the time. The two went on to have eight children together. 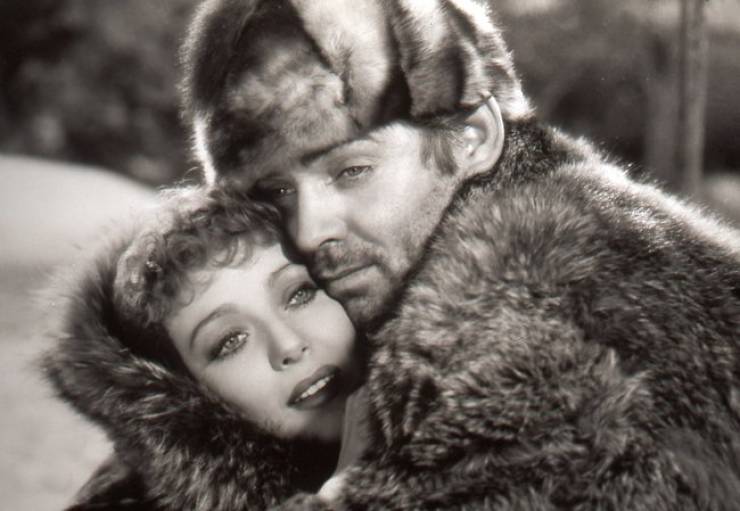 Clark Gable and Loretta Young co-starred in the 1935 film The Call of the Wild. The actors were romantically involved during their time on set and Loretta became pregnant with Clark’s child. For the sake of the film and their reputations, this had to remain a secret.

The starlet left the country for an ‘extended holiday’ while pregnant, then took her newborn baby to an orphanage in California. Later, Loretta returned to ‘adopt’ a baby in need. People quickly realized the child looked a lot like Loretta and Clark… and the secret was out. 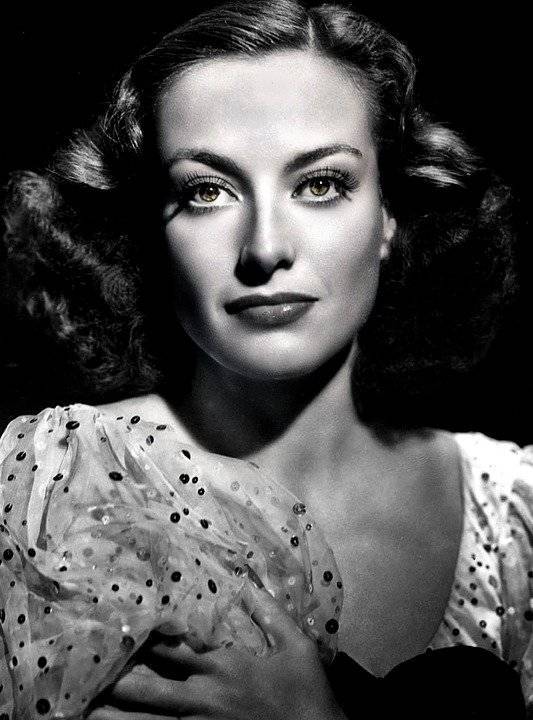 Before Joan Crawford became one of the leading ladies of her time she allegedly did a stag film or two, possibly while underaged. The truth never came to light, but Crawford was allegedly blackmailed by her brother more than once. The film(s) were supposedly hunted down and destroyed by her employer, MGM Studio.

What makes the rumors even more believable is the fact that Crawford paid MGM $50,000 when she parted ways with the studio in 1943. It was an odd gesture with no explanation, which led many to believe it was repayment for making her scandalous film debut disappear. 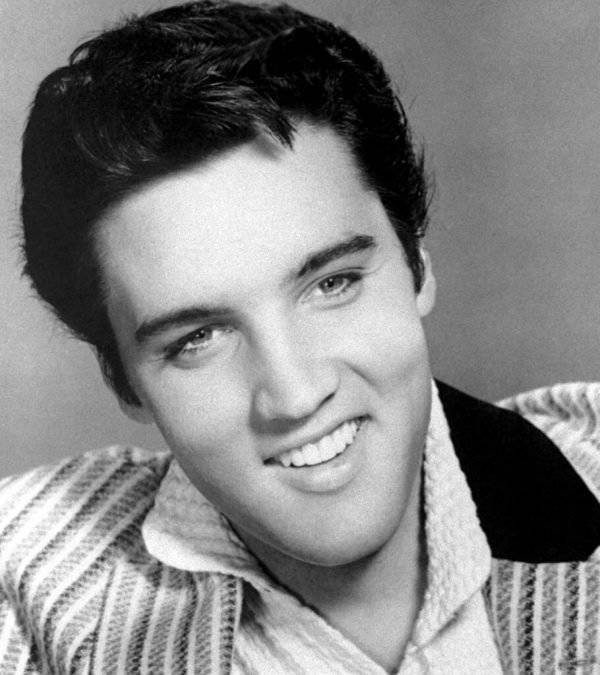 The Rock n’ roll legend took his nickname ‘The King’ a little too far with his sexual desire for inexperienced virgins. Despite being devilishly handsome and beloved by women everywhere, Elvis was rather insecure when it came to the bedroom. Because of this, he wanted young and unexperienced girls who had no sexual encounters to compare to him and… little Presley.

It gets even creepier than that. The star had his managers round up girls for him who were 16 and younger. While it was illegal then, the rich and famous got away with a lot more than they do today. 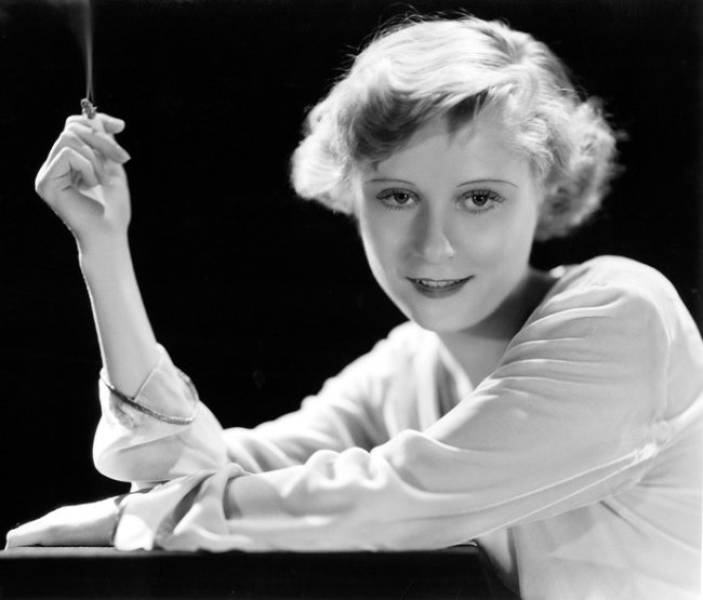 The dramatic demise of a struggling actress

The iconic Hollywood sign is a symbol of inspiration for many, but it became a dark and final memory for one woman. In 1932, during the Great Depression, struggling actress Peg Entwistle jumped to her death from the ‘H’ on the Hollywood sign. 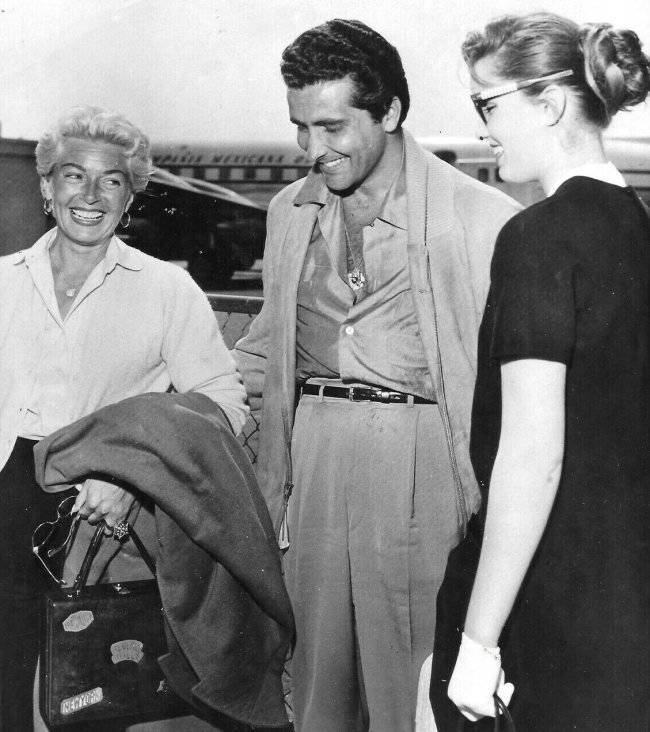 One of the biggest scandals to rock Old Hollywood came in 1958 when Johnny Stompanato, a well-known gangster and boyfriend to starlet Lana Turner, was murdered in Turner’s home. Turner’s 14-year-old daughter, Cheryl Crane, confessed to stabbing Stompanato to death after he became violent with her mother during a vicious argument.

Lana, Johnny, and Cheryl are pictured above in one of the last photos taken before his death. 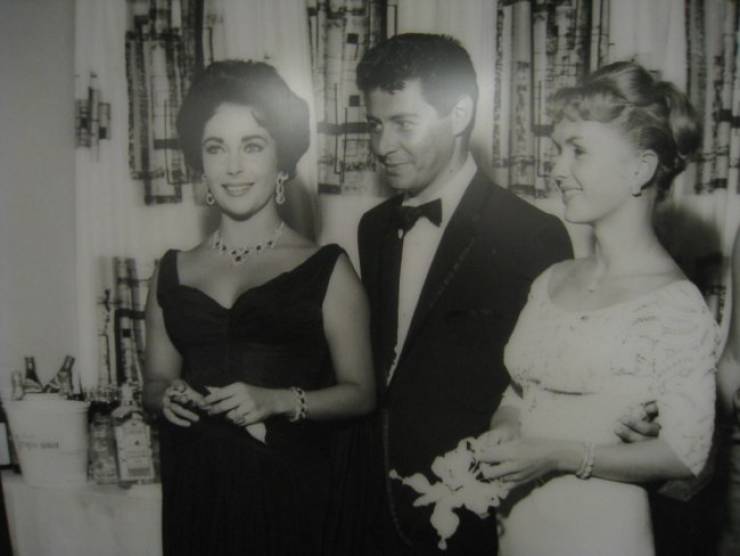 It’s pretty well known that Elizabeth Taylor had her fair share of marriages, but 1957 became one of her biggest scandals. After her third husband died in a plane crash, Taylor was comforted by his old friend, Eddie Fisher. This would have been just fine if he wasn’t married to her close friend, Debbie Reynolds. The friendship fallout was a doozy, but the two managed to make up eventually. Taylor and Fisher were together five years before parting. 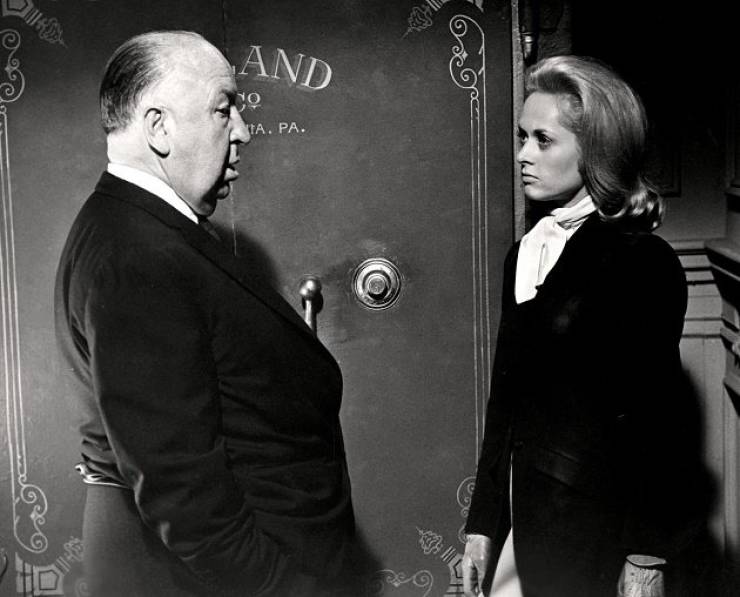 The true horror while filming The Birds came from behind the scenes for actress Tippi Hedren. Director Alfred Hitchcock became obsessed with the starlet, stalking her and isolating her from the rest of the cast. He made several advances and verbally abused her when she denied him. 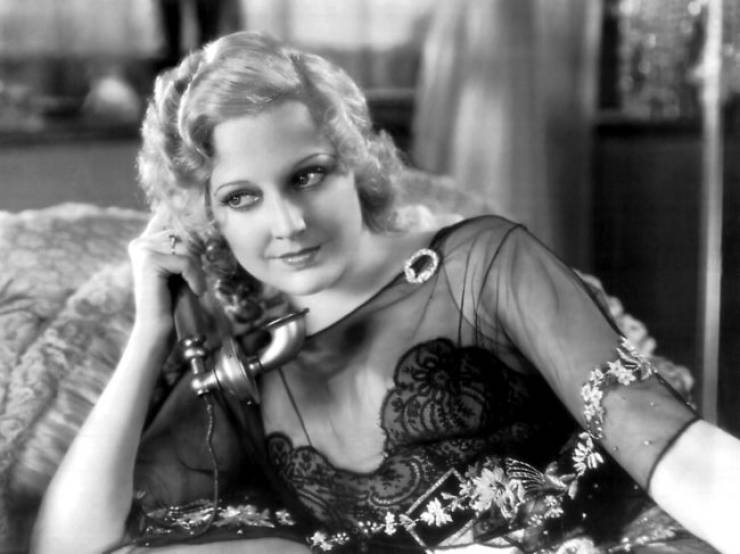 The revered comedy actress worked alongside big names including Buster Keaton and the Marx brothers. Her career was sadly cut short in 1935 when Todd died from carbon monoxide poisoning at the young age of 30.

The death was ruled a suicide, which didn’t make any sense to the people who knew and loved her. Many believe she was murdered by her lover Roland West. There are rumors that West admitted to Todd’s murder several years later on his deathbed. 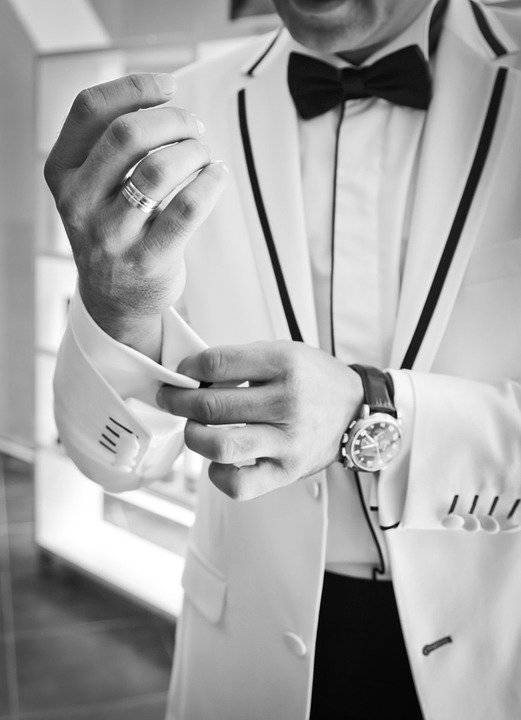 No husbands or babies allowed

In Old Hollywood, any actress who became a sex symbol was discouraged from getting married or having children because it would damage their desirable image. Film studios would apply serious pressure and even threaten actresses to keep them from becoming a wife or mother.

Comedy team Laurel and Hardy were known for making people laugh, but Laurel was a violent alcoholic at home. This was made abundantly clear during his third divorce when then-wife Vera Shuvalova claimed that her husband had threatened her with a gun.

Allegedly, on another occasion her friends had to intervene when Laurel dug a grave in their backyard and told Vera that he was going to bury her alive. The scandal was suppressed when the two signed their divorce papers, which stated Vera was prohibited from publishing any accusations against her ex-husband. 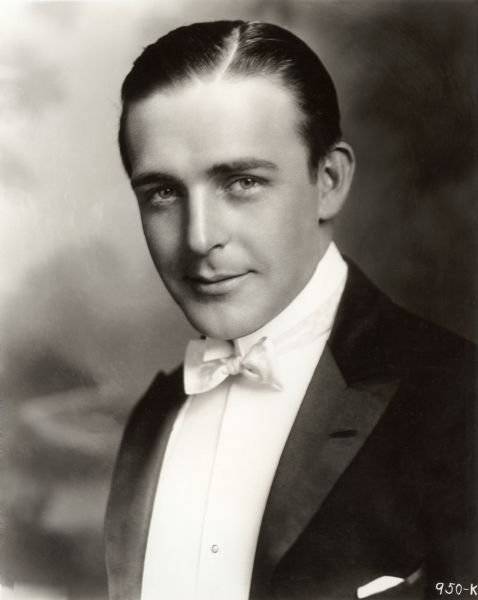 Action star Wallace Reid was well-known for doing his own stunts, but this all changed on the set of The Valley of the Giant. Reid suffered an accident while filming in 1919 that led to a morphine addiction.

Any sort of rehab was too scandalous for his reputation to endure at the time, so the studio swept his substance abuse under the rug. Eventually it got so bad that they sent him to a sanitarium, but Reid was too far gone and died of a heart attack from withdrawal. 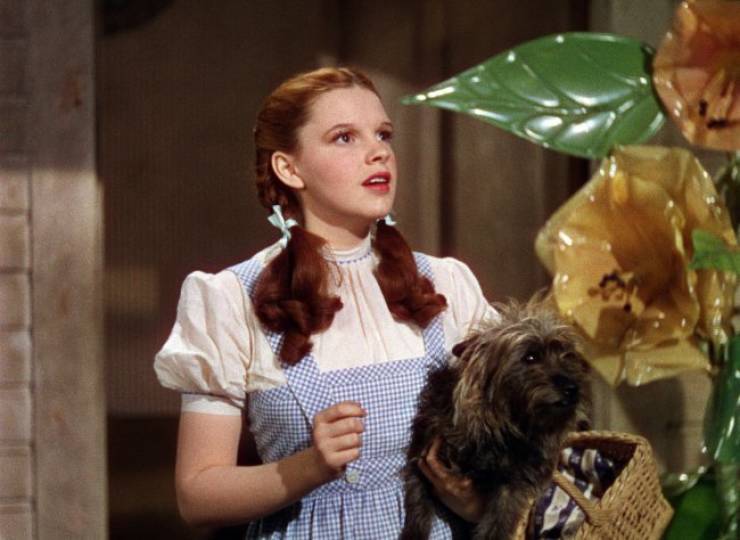 The Wizard of Oz seems a little less happy when you learn that the studio pressured Judy Garland to lose as much weight as possible for the film. The young actress was only 15 years old and the harassment resulted in an addiction to diet pills.

Crew workers on the set of The Wizard of Oz later came forward and said they had never seen such cruelty to a child actor before this. 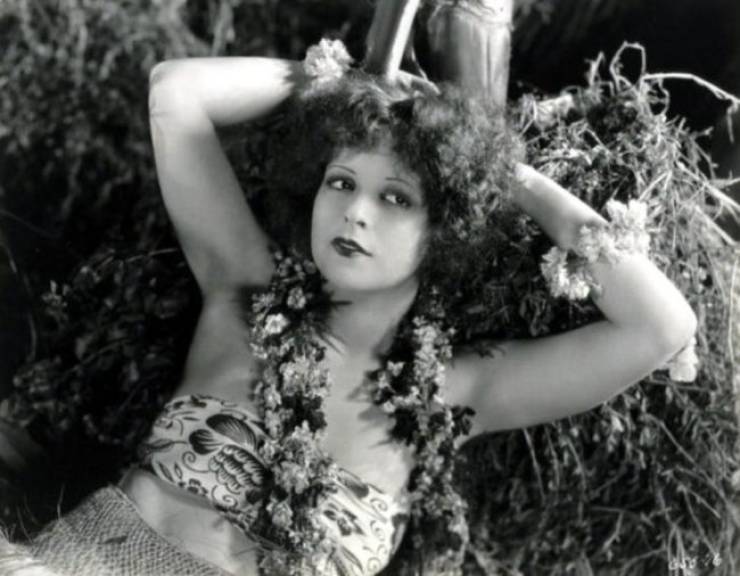 No silent actress was more famous than Clara Bow, which made her the perfect target for publication Coast Reporter. The tabloid threatened to spread horrible rumors about the starlet if she didn’t pay them off.

Stories soon spread that Clara Bow was an alcoholic, drug addict, loose woman, and even someone who partook in bestiality. These lies and blackmail landed the publisher of Coast Reporter eight years in prison.

Before Superman became a film franchise, the hero was played by actor George Reeves on TV. Though the show was popular, Reeves became most known for his shocking demise. The actor was found shot to death in his own home and the murder was never solved. 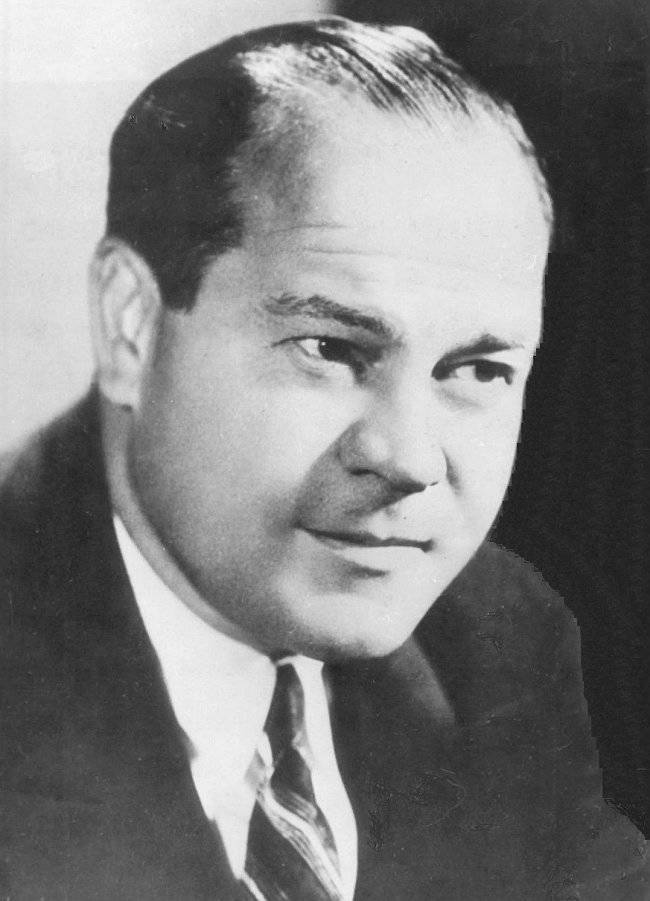 Eddie Mannix was a studio executive and producer known for his reputation as ‘the fixer.’ Mannix was paid to cover up the details of Hollywood star’s scandalous lives, which was often achieved by shady means.

One such example is the story of 20-year-old actress Patricia Douglas, who was sexually assaulted by a sales executive at an MGM party. When the young actress tried to press charges, MGM turned to Mannix to keep their name out of the press and he obliged. There was also talk that Mannix murdered George Reeves, as the Superman actor had an affair with Mannix’s wife shortly before his mysterious death. 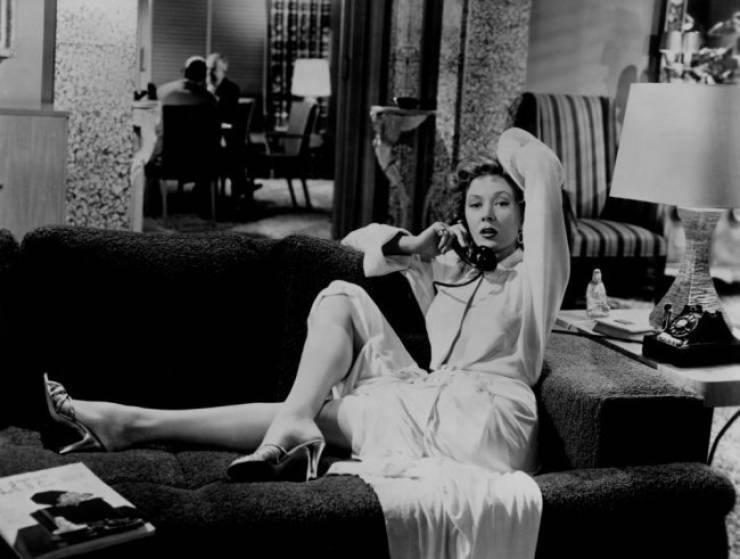 Known for her role in It’s a Wonderful Life, the bright actress led a dark life behind the scenes. Grahame was married multiple times and accused of a disturbing claim by ex-husband Nicholas Ray. The director recalled that he found Grahame in bed with his 13-year-old son from a previous marriage, Anthony. 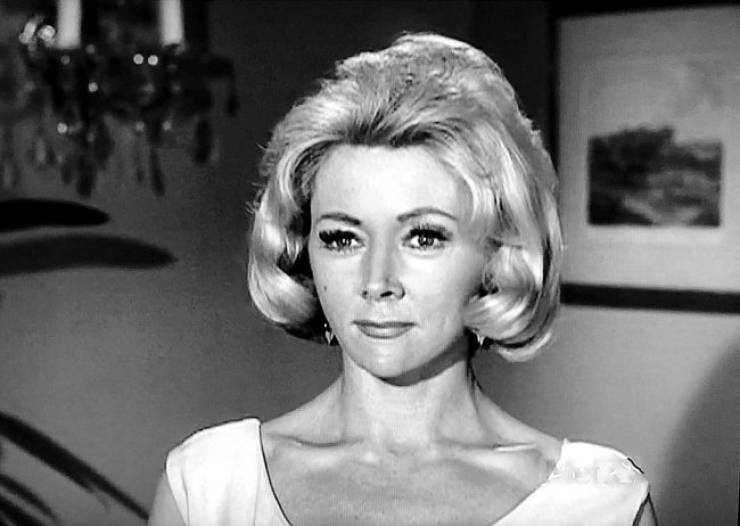 The basis of these allegations against Grahame and a young Anthony proved to be rather true when the two got back in touch eight years later. Anthony was finally of age and the two could be together. A few years later the pair got married in Tijuana, Mexico. 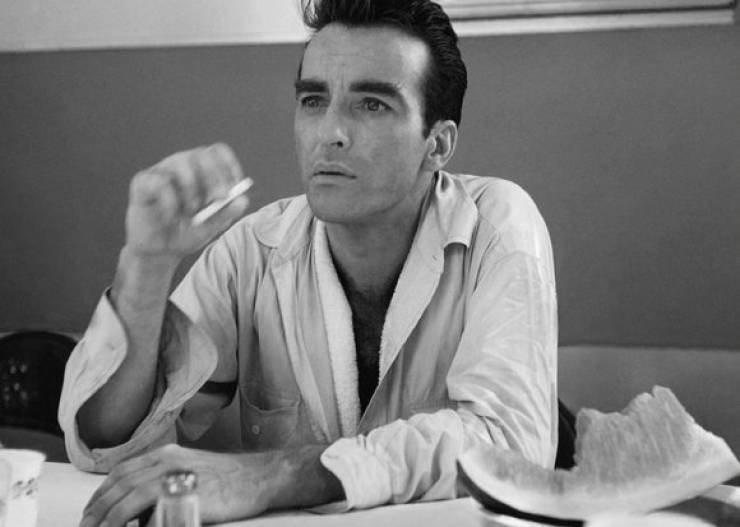 The longest suicide in Hollywood history

In May of 1956, actor Montgomery Clift fell asleep behind the wheel and crashed into a telephone pole. Clift had just left a party hosted by Elizabeth Taylor, who allegedly had to pull a tooth out of Clift’s tongue to keep him from choking to death after the crash.

The actor lived with physical and mental pains for the rest of his life and became addicted to a cocktail of painkillers and alcohol. The remainder of his life became known as ‘the longest suicide in Hollywood history.’ 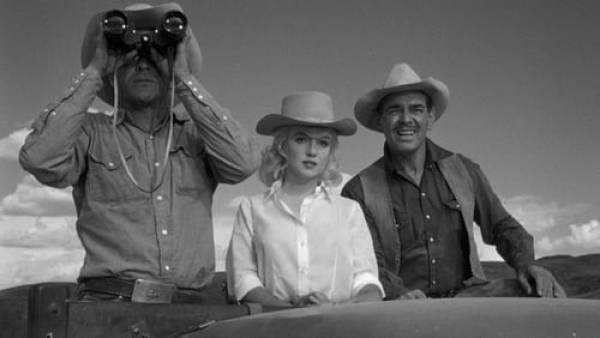 The Misfits had a star-studded cast including big names Marilyn Monroe, Clark Gable, and Montgomery Clift. The film was a commercial failure when it was released, but now has a 100% on Rotten Tomatoes. Either way, it was surrounded by quite grim events.

Monroe overdosed on the set of the movie, Gable died of a heart attack a few days after filming, and Clift went on to despise the film. Five years after the movie aired, a friend told Clift that The Misfits was to air on television that night. The actor refused to watch it and trashed the film, which would be his final words as he then died of a heart attack that night.

First 10 month s ago
Yeah Hitchcock was a pretty horrible guy when it came to women, and what he did to Tippy should have ruined his career in a just world.
Reply
0

Star 10 month s ago
My great grandmother used to say that Hollywood was filled with abusive perverted men and wh#res. She was born in 1885 and lived until 1961, she saw when it began and heard enough about people like Chaplin, Marilyn Monroe, Elvis just to name a few. If she were alive today she'd not be surprised that it's no better now. The women are often as bad as, if not worse than the men. Frankly, I don't give a damn about any of them, they all pretty much deserve what they get.
Reply
How to comment