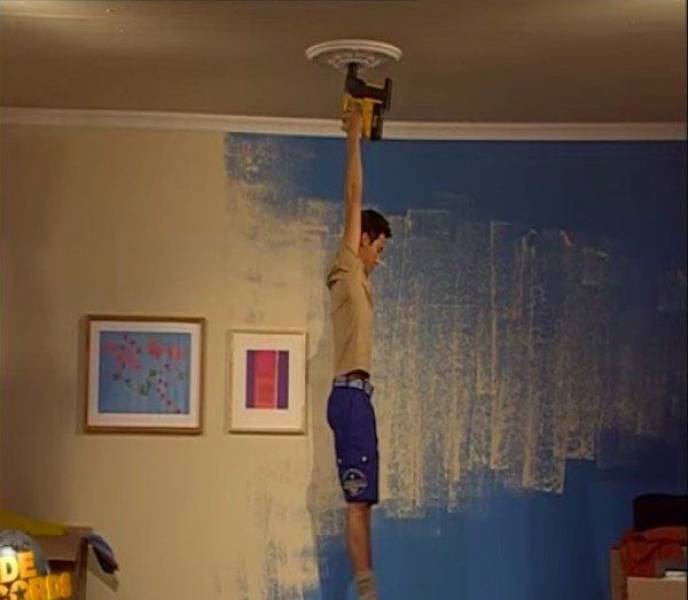 Most rotations hanging from a power drill

The current record is 148 rotations in a minute, achieved by The Huy Giang in 2008.

While it looks cool and requires severe upper body strength, no one else seems inclined to beat it. 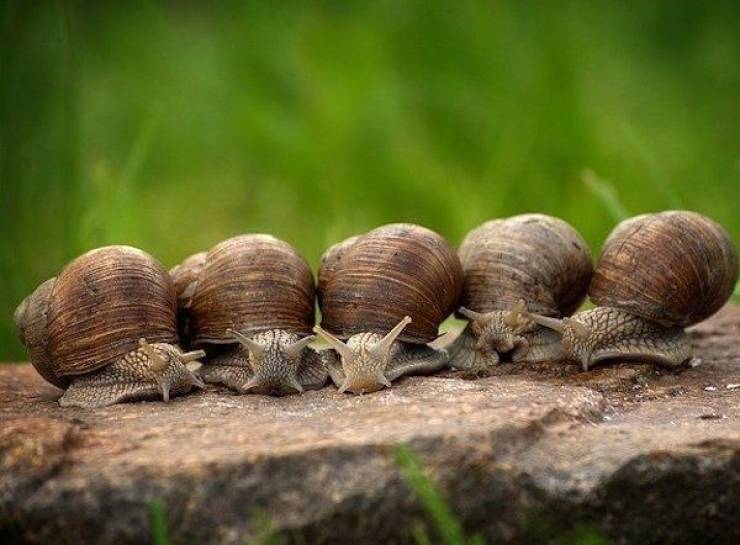 Most snails on face

On his 11th birthday, he allowed friends and neighbours to cover his head with the snails for over 10 seconds. Apparently, it was enough for the record. 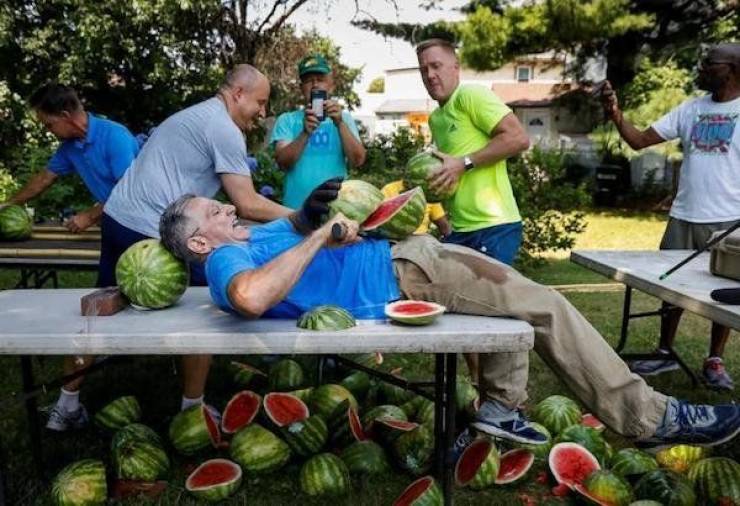 Most watermelons sliced open on a stomach

For reasons that I can’t understand, this is a category in the Guinness book. In any case, the record was set by Bipin Larkin, who cleanly cut through 48 watermelons using a machete, in 1 minute.

Even more [email protected]#ked up is that Bipin was the guy doing the cutting; no honour was given to the guy who’s stomach was the cutting board. 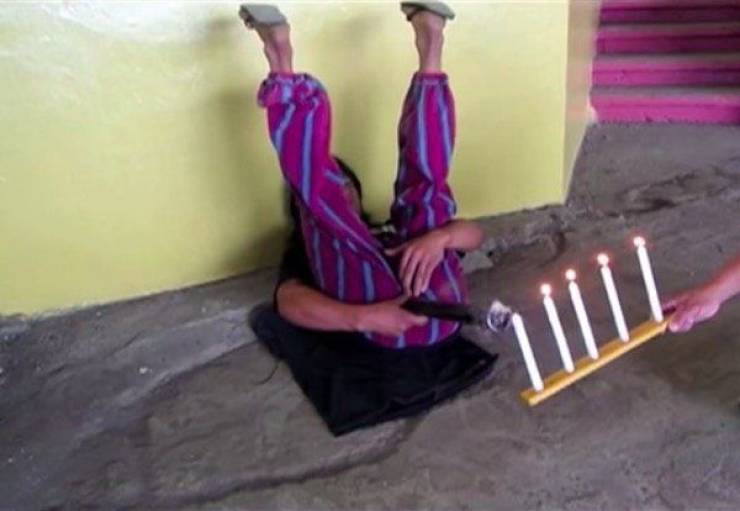 Number of candles extinguished by farting

This record is held by Gerard Jessie, from the Philippines. He took down 5 candles with his a$$ gas and a tube. 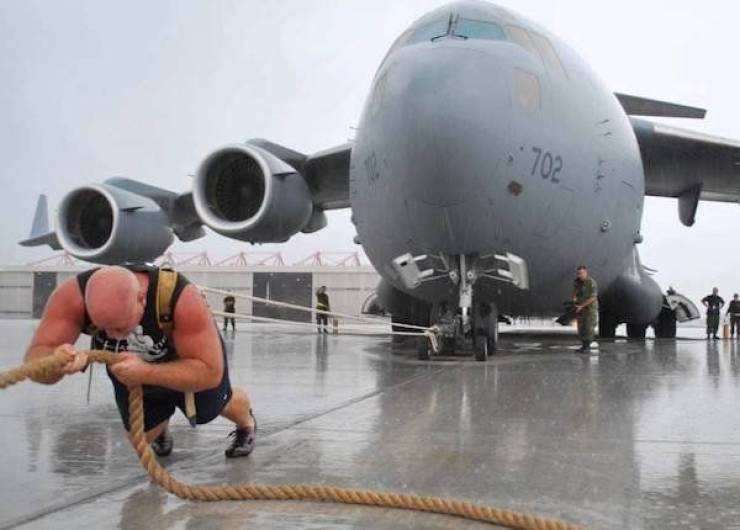 This guy’s got to the be strongest and holiest man on the planet, but Revered Dr. Kevin Fast holds an insane number of world records, including this one.

So far, no one’s even dared to challenge it. 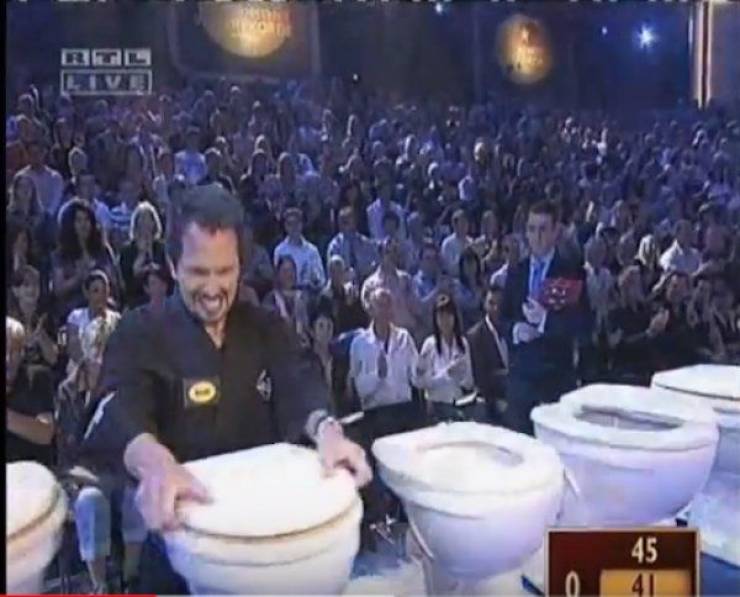 This record is held by Kevin Shelley, who broke 46 seats with his head, within one minute. 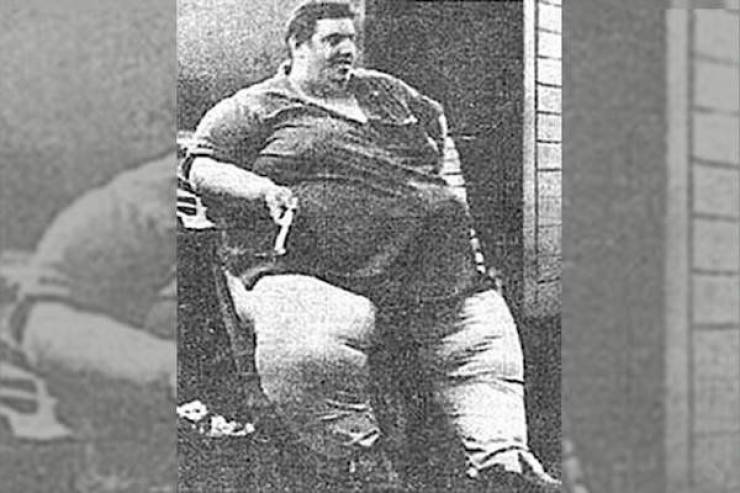 In 1978, Jon Brower Minnoch, weight 1,400 pounds, and was bedridden. After suffering heart failure, he was removed by 12 firemen and taken to the hospital, where they found that 900lbs of his weight was accumulated fluid.

He spent 2 years in the hospital, on two beds tied together and put on a 1,200 calorie diet. By the time he was discharged, he’d lost 924 lbs – the largest ever recorded.

He also holds another record – “largest weight difference between spouses.” While in the hospital, he married a woman who was only 110 lbs. 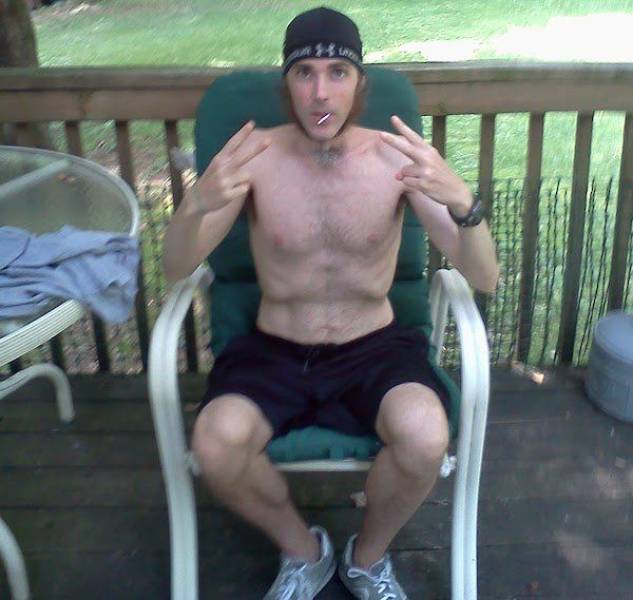 Jonathan Lee Richards has sued over 4,000 companies and individuals over his lifetime, hence, he holds the record.

When he found out that he held it, he tried to sue Guinness too. For real. 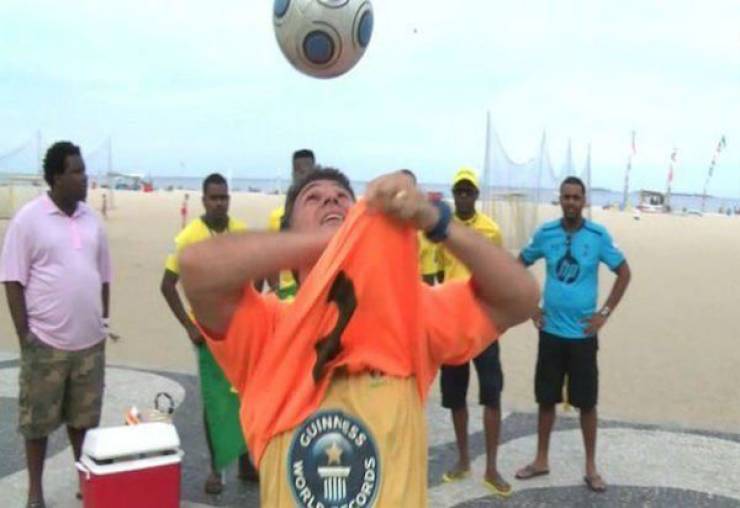 Most T-shirts removed while heading a soccer ball

This record is held by Abraham Muñoz, who was able to take off 22 shirts, while keeping the ball in the air with his noodle. 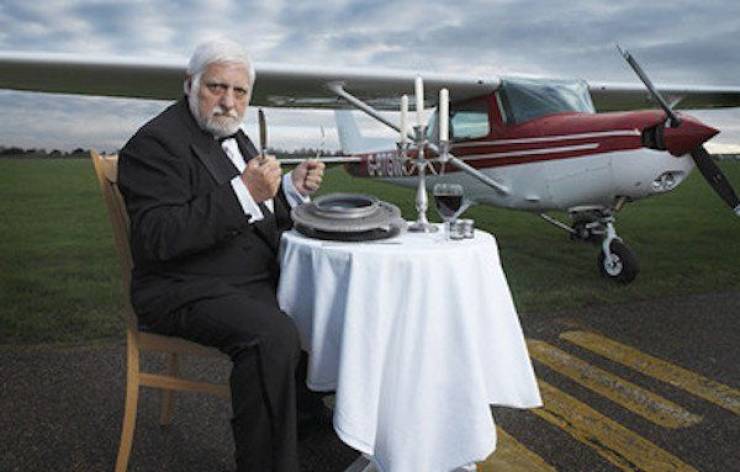 Michel Lotito got his 15 min of fame from eating over 9 tons of metal over the course of his lifetime, including an entire Cessna 150 airplane.

The scary thing is, his stomach and intestines were unusually thick and he had insanely powerful digestive juices that could break own the metal. 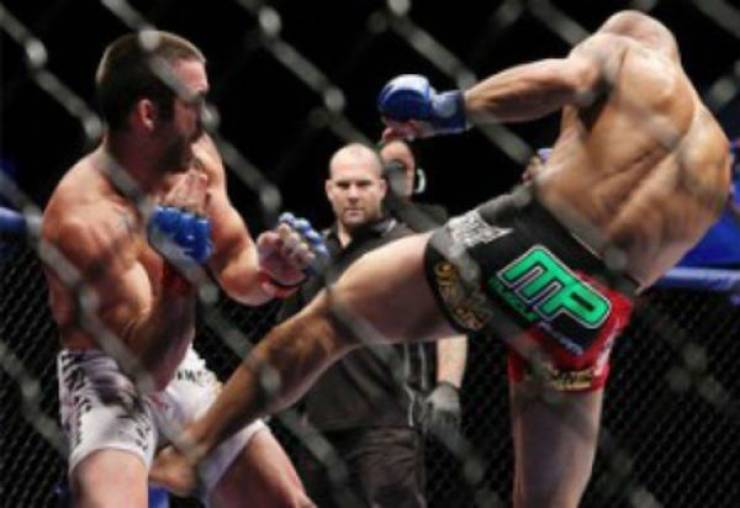 Hardest kick in the nuts

This is no easy record for the guy in the receiving end, and even the lightest kick in the nards can leave the toughest guy crying, but this is insane. 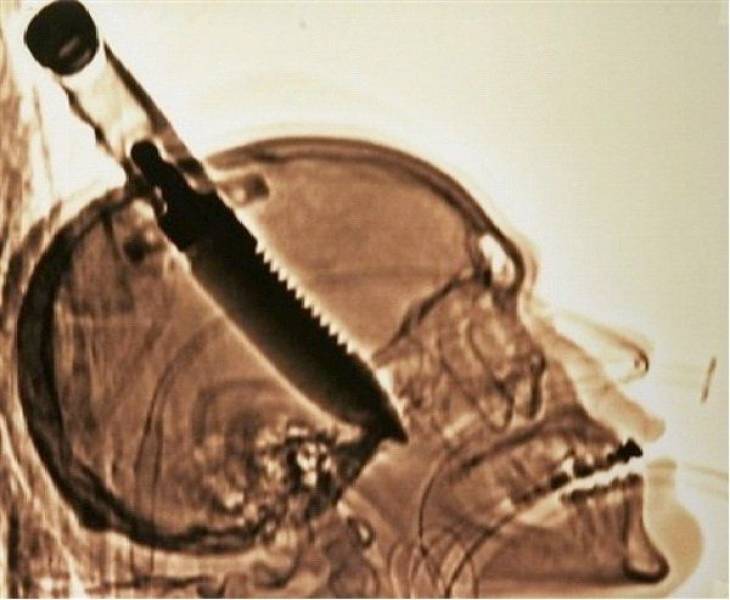 In 1998, Michael Hill was stabbed in the head with a survival knife that was 8 inches long. He survived and now hold the record. 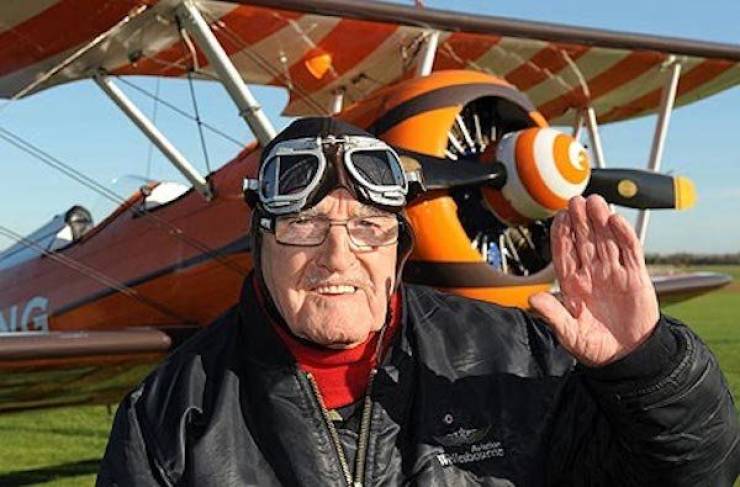 A staple of every county fair and air show, the wing walking stunt isn’t for the faint of heart. And yet, Thomas Lackey did it at the age of 93 years and 100 days, back in 2013. 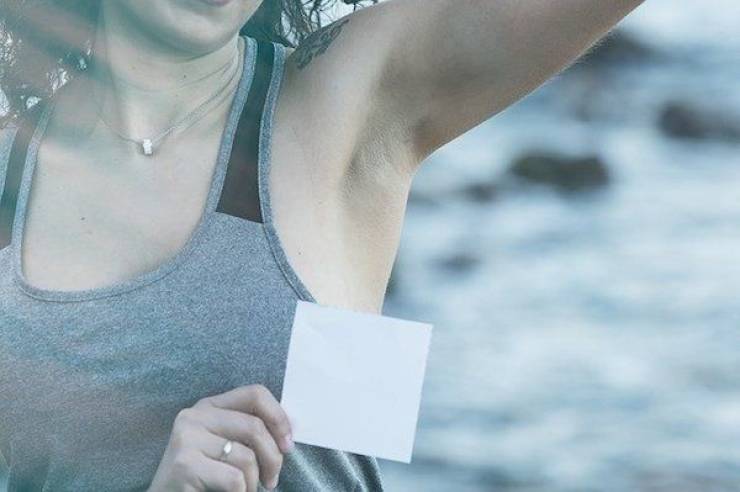 Smelling the most feet and armpits

This one makes sad sense, but there is someone out there, who’s job is to perform smelling tests for hygiene products.

So, the honour of most feet and pits sniffed, belongs to a lab worker named Madeline Albrecht. It’s estimated that she’s sniffed roughly 5,600 feet and probably close to 6,000 armpits. 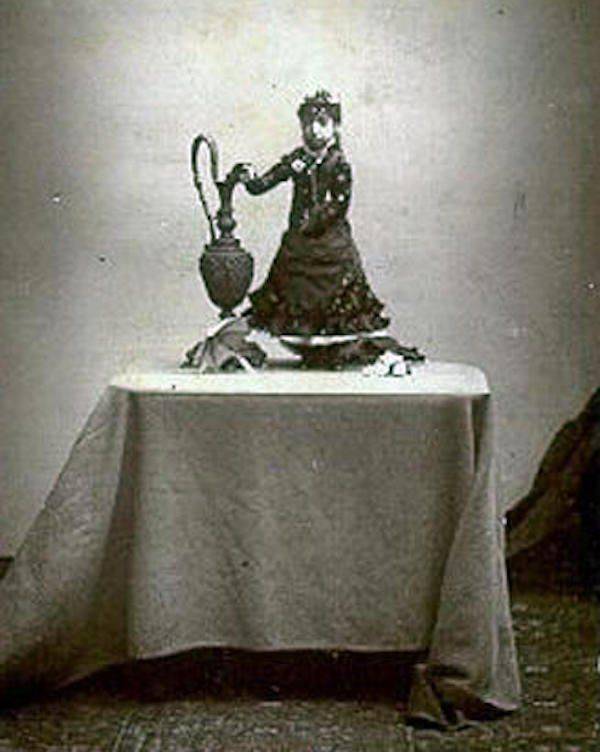 The Lightest woman ever

Lucia Zarate is listed in the Guinness Book as the lightest woman to ever live. She was just 4.7 pounds, and stood 21.5 inches tall.

She ended up stranded in the Sierra Nevada Mountains with her circus in 1890, and died of hypothermia. 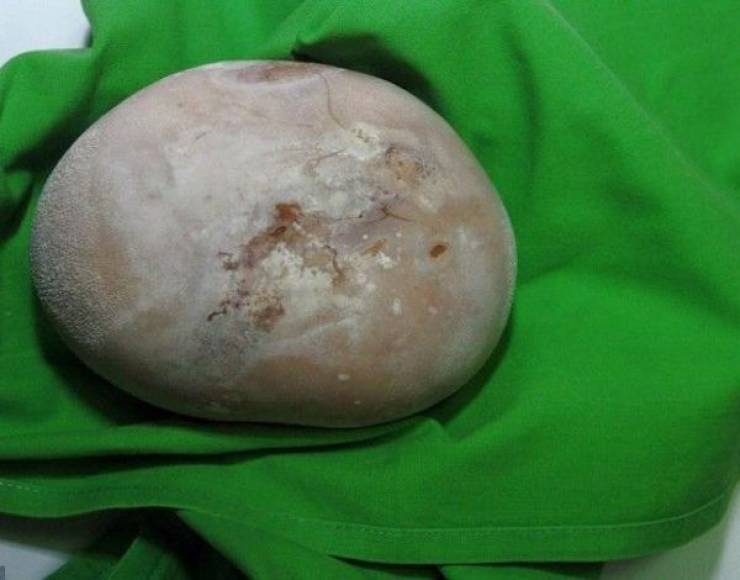 While most don’t really get bigger than a golf ball, this one is insane.

In 2009, Sandor Sarkadi of Hungary had a 2.5lb kidney stone removed.

For the record, that’s the size of a coconut. Jesus. 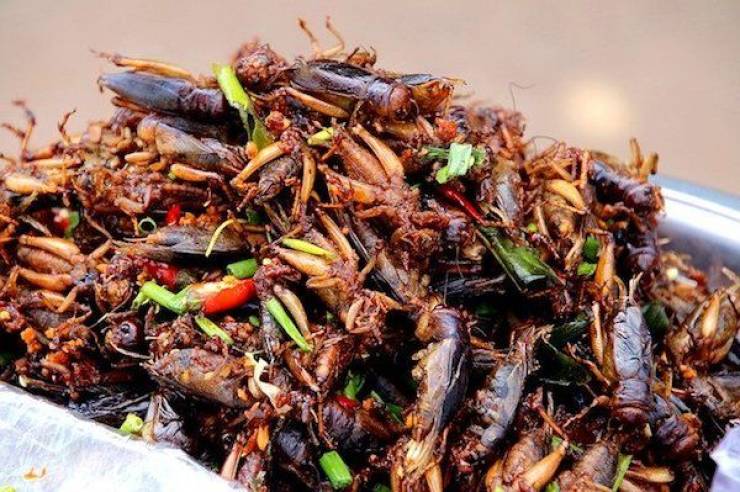 Most cockroaches eaten in a minute

While some cultures eat cockroaches as a meal, they’re usually cooked and dressed in some way. Not so, for this record.

Ken Edwards, of England, ate 36 cockroaches in one minute, on live television, back in 2001.

No one’s tried to beat that in the past 20 years, and it’s understandable. 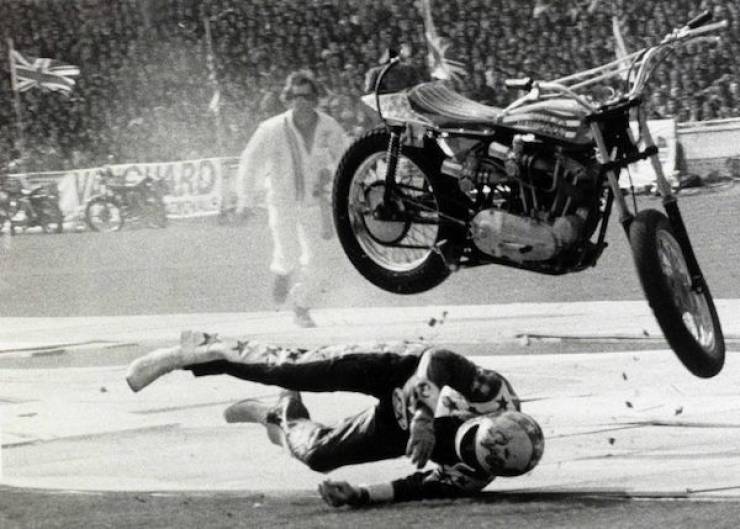 This one totally makes sense, but the winner of this unique distinction is none other than Evil Kenievel.

He suffered over 433 bone fractures by 1975, and shortly after that year, he decided to retire. Plus, that doesn’t even include the number of concussions he suffered through.

Life 1 year ago
He was a bada$$!
Respect to the MAN!
Reply
How to comment