All Movie Posters Fall In The Same Categories… (32 pics)

People are talking about the most ubiquitous patterns in movie posters 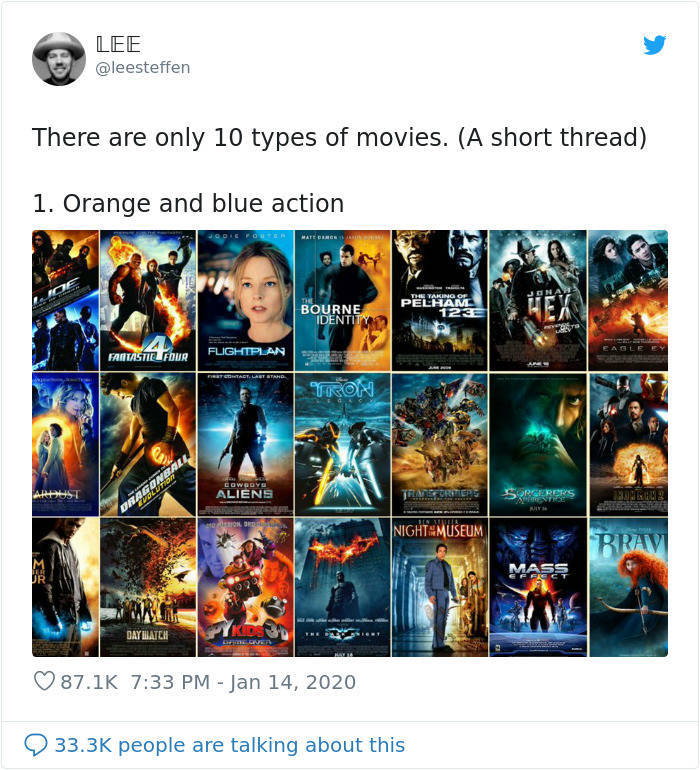 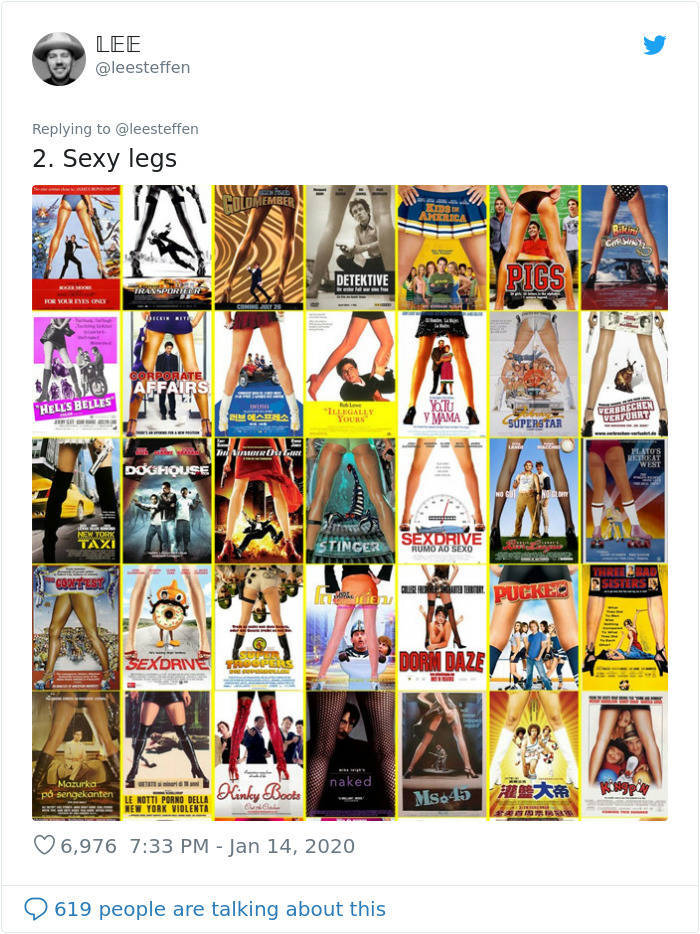 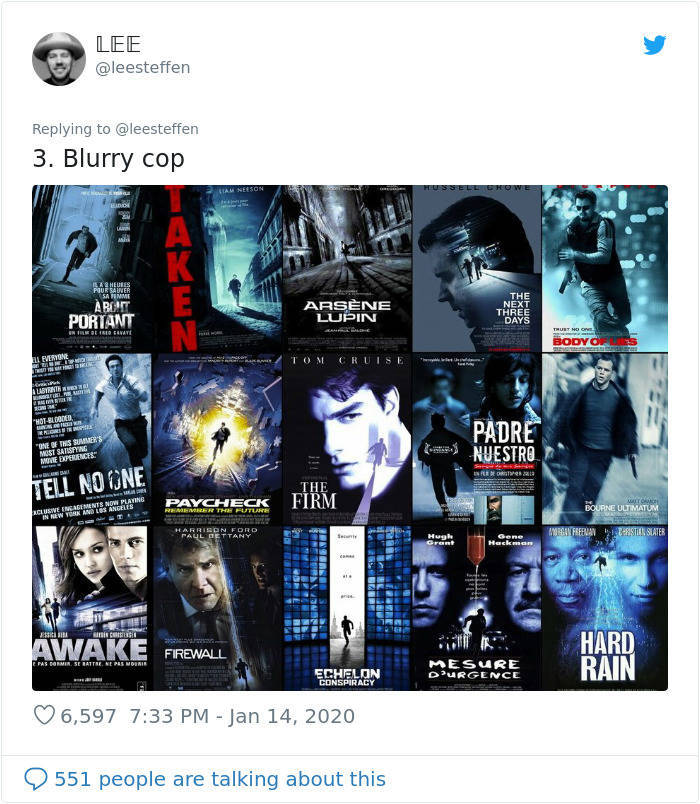 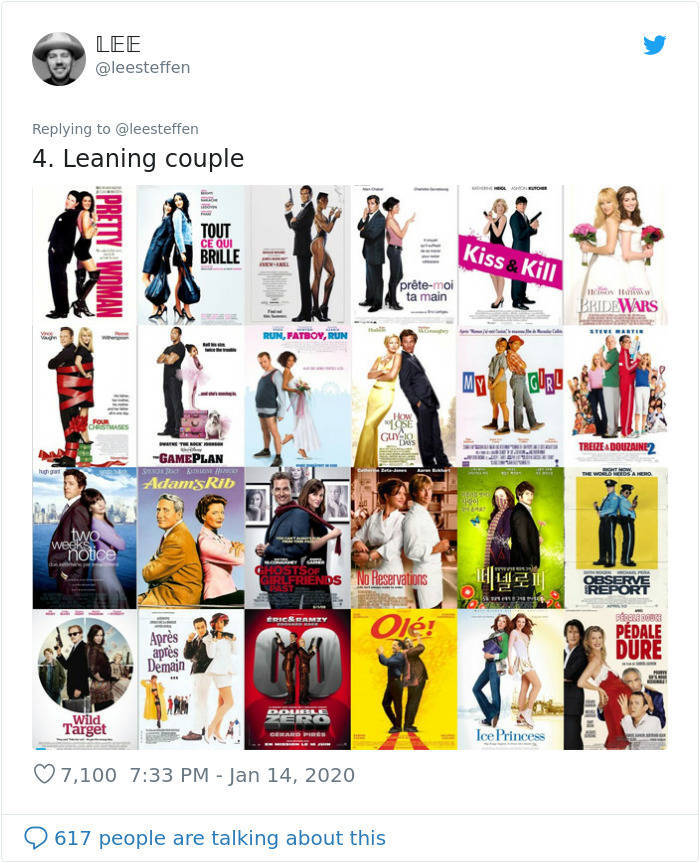 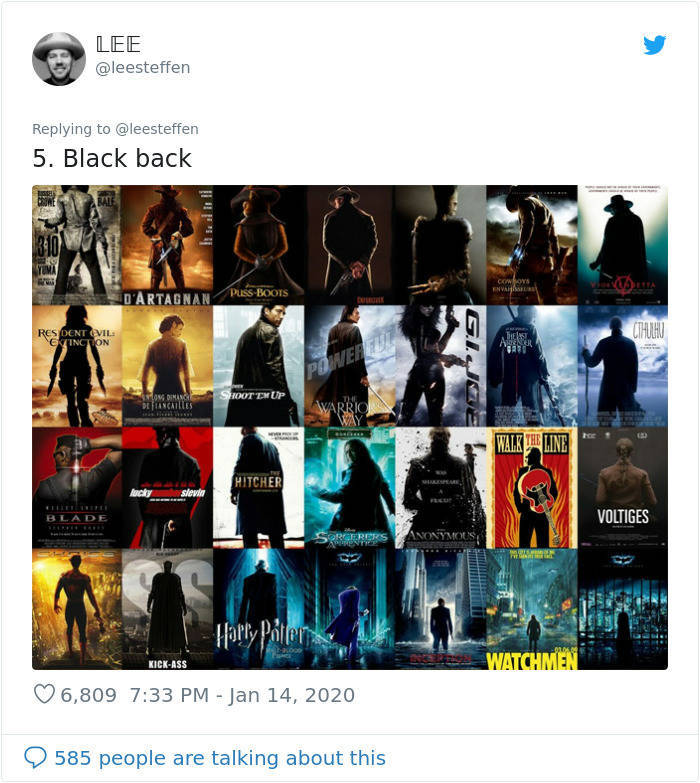 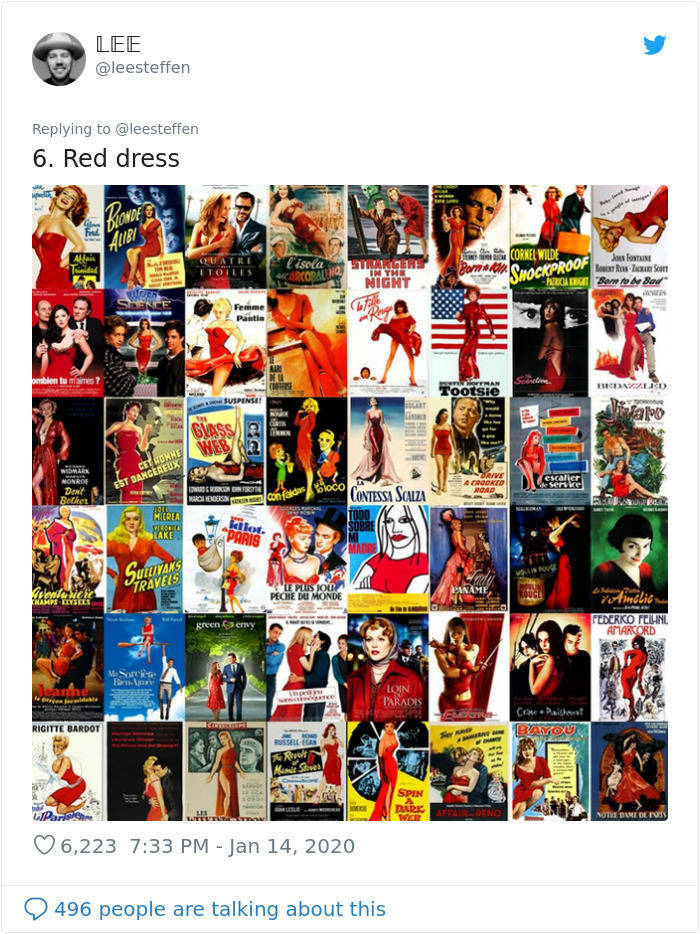 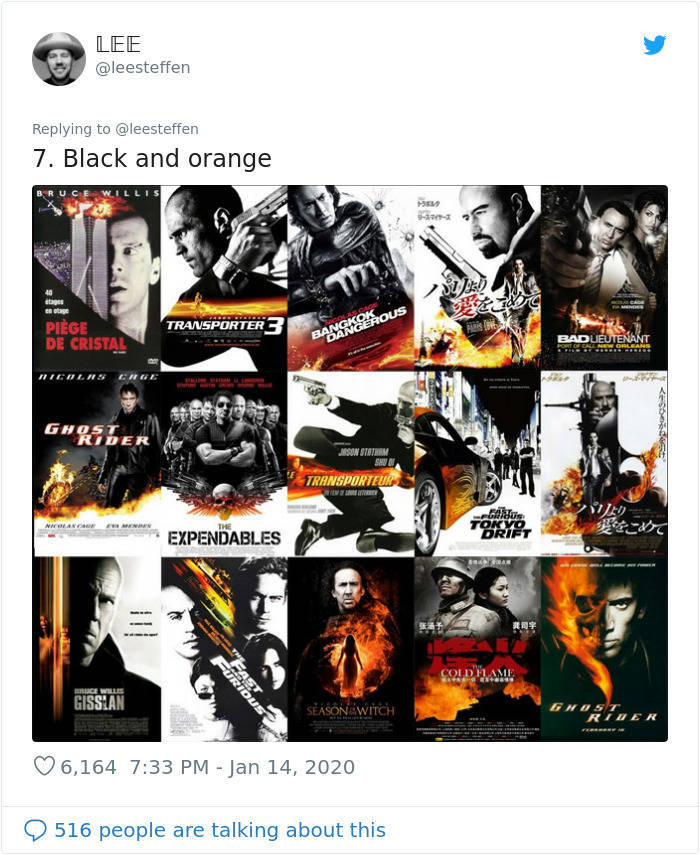 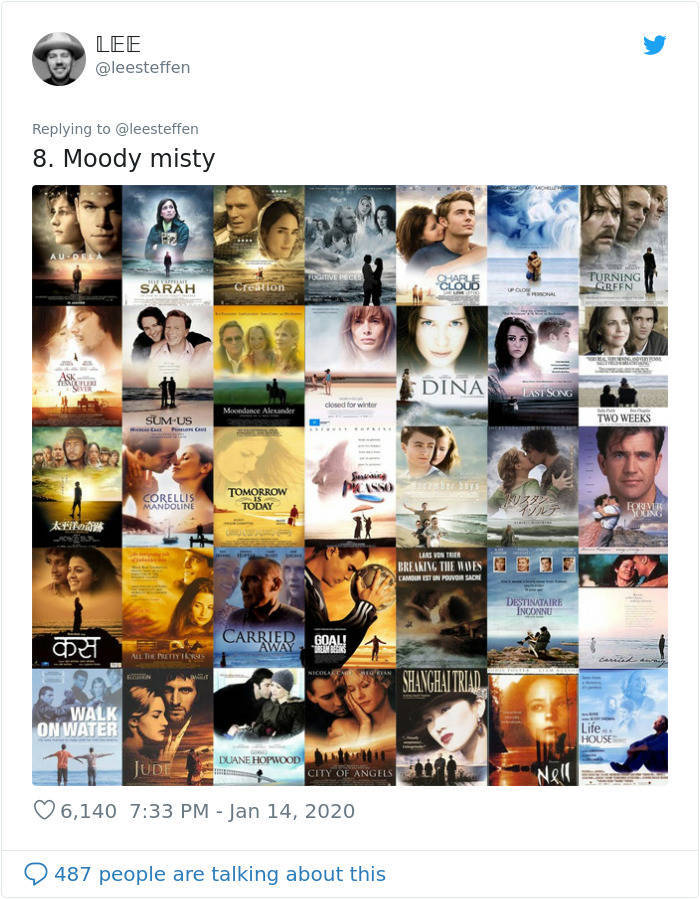 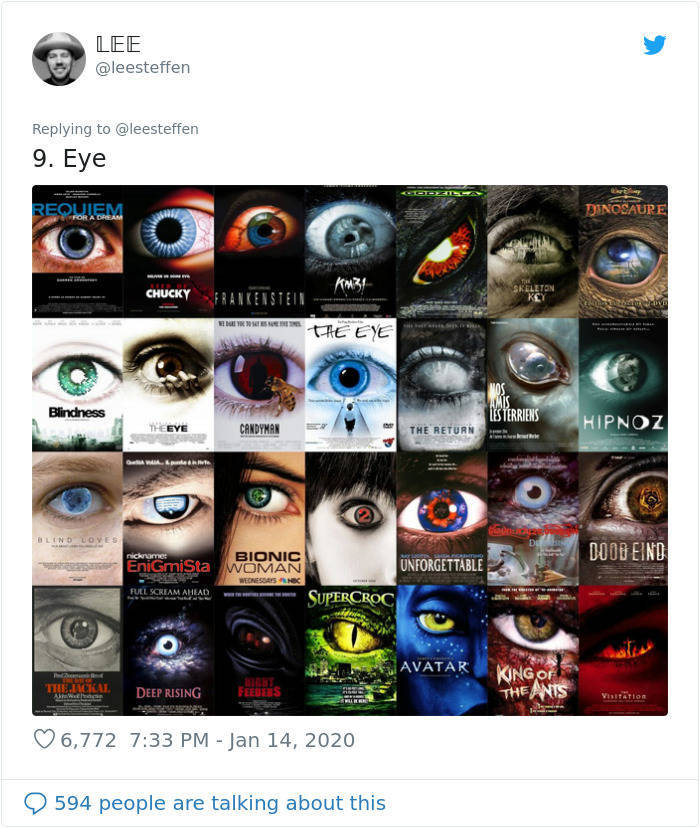 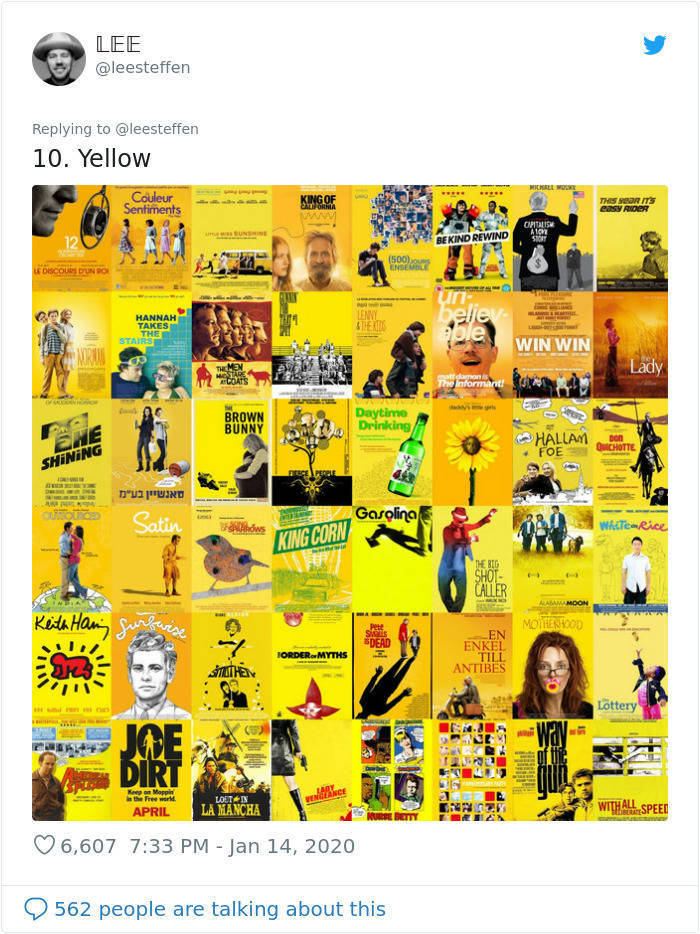 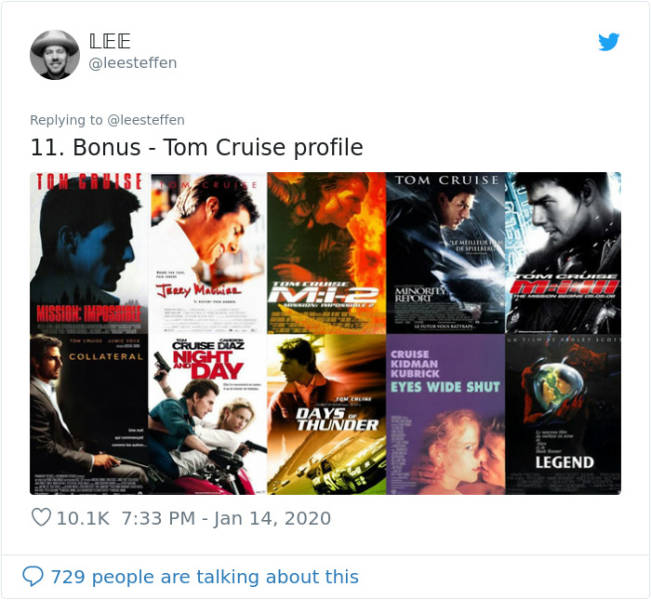 The collages were made by French film blogger Christophe Courtois 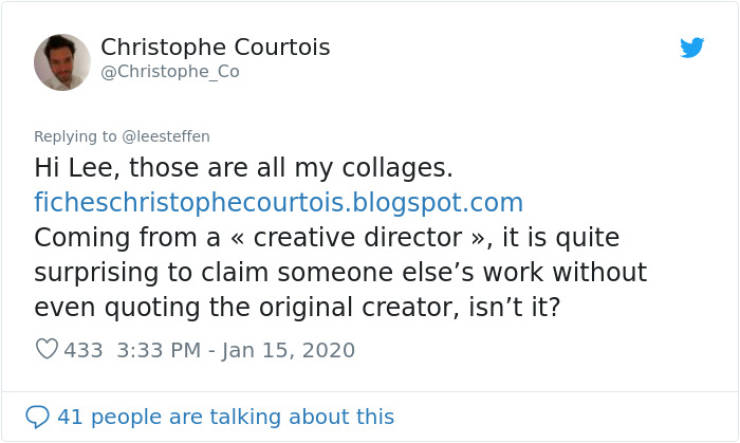 Tropes aren’t a bad thing. In a way, they show us what to expect. There’s comfort in choosing a product with qualities that we’ve had positive experiences with before, so you can’t blame advertisers for choosing them. Business Insider suggests that maybe the reason why they pop up so often is because of the astronomical price tag of advertising movies in the 21st century⁠—it’s possible that with such a high cost, the marketing team is more inclined to put their money where they’re confident it will pay off, and order a product similar to what has already done well with consumers.

Alternatively, these tropes can be used to subvert our expectations for comic effect, like Puss in Boots, which positions its adorable, furry protagonist’s backlit silhouette facing away from the viewer like an edgy anti-hero. You can also see from Courtois’ collages how some trends, like the spread legs and red dresses, go many decades back and create a campy feel when used to advertise contemporary comedies.

People also commented with their favorite niche movie poster trends, such as the “foreshortened overhead 90s comedy” look of cult stoner movies, and suggested their favorite movie posters that they felt took much-needed creative risks and promised something fresh. 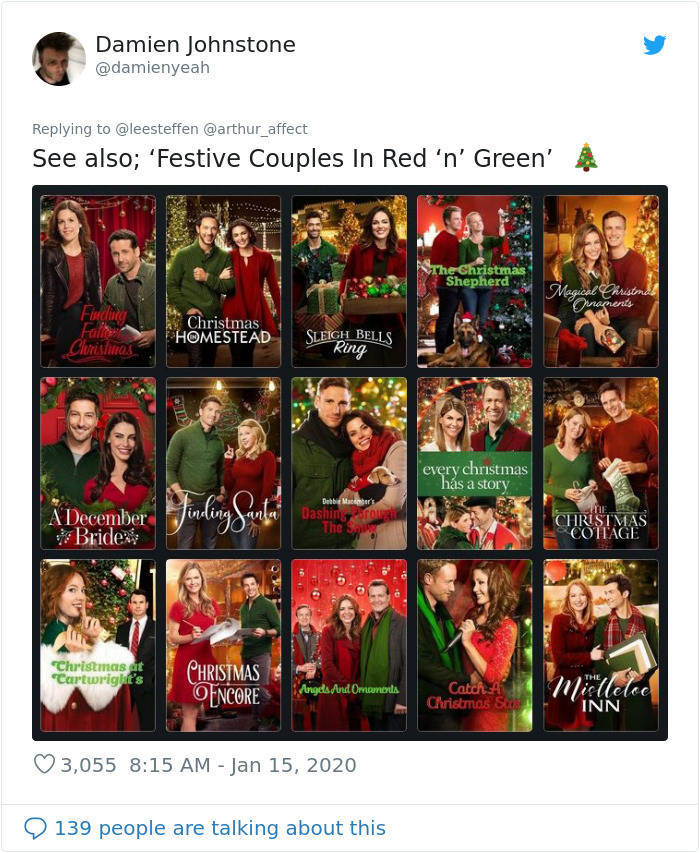 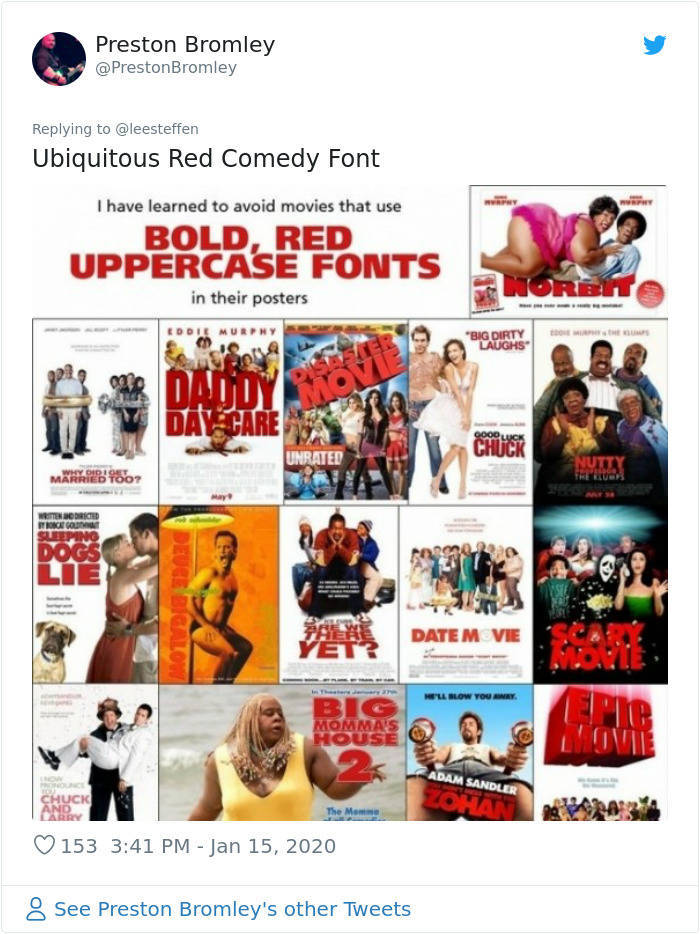 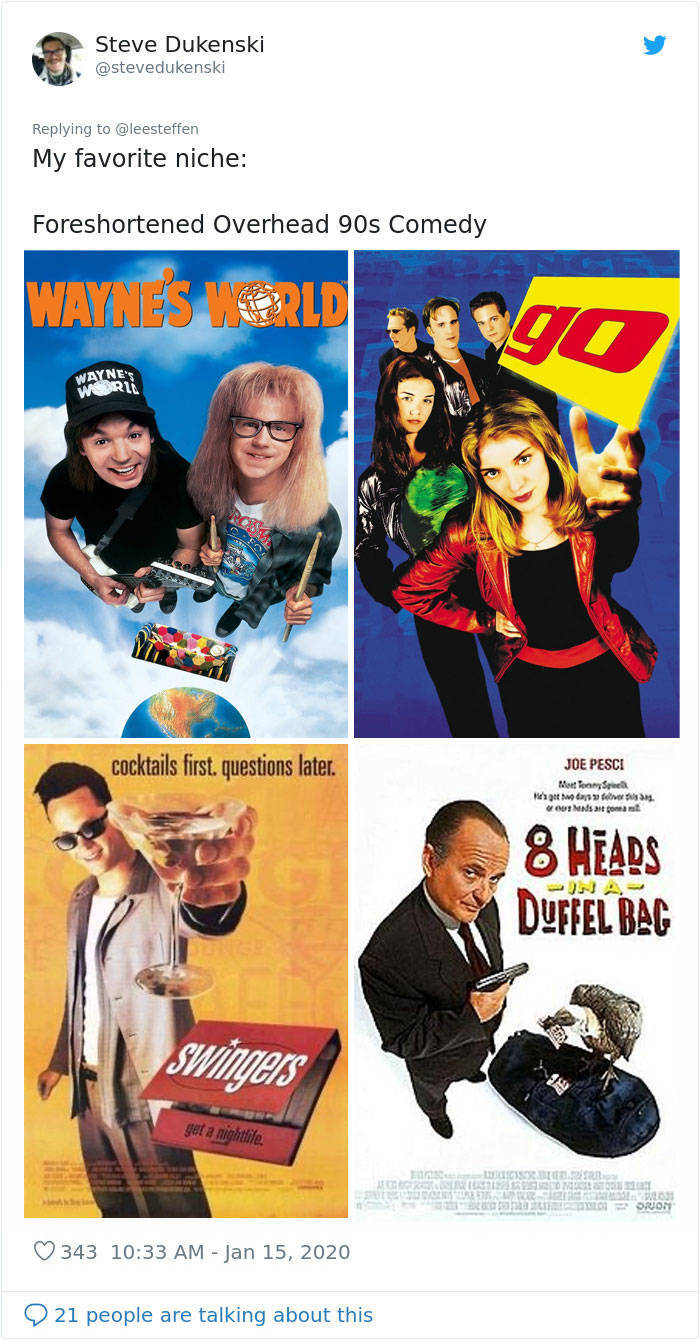 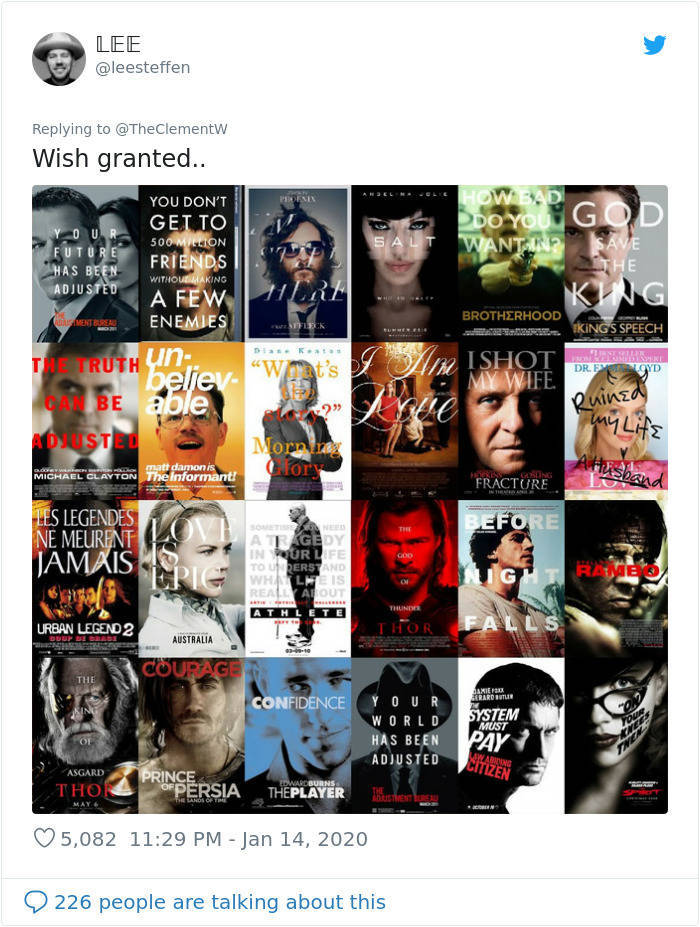 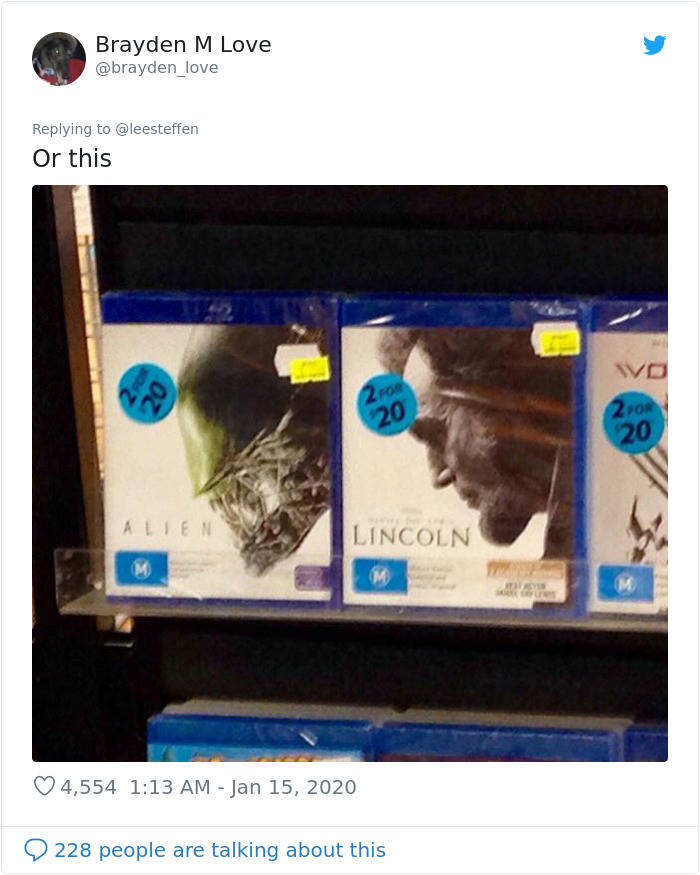 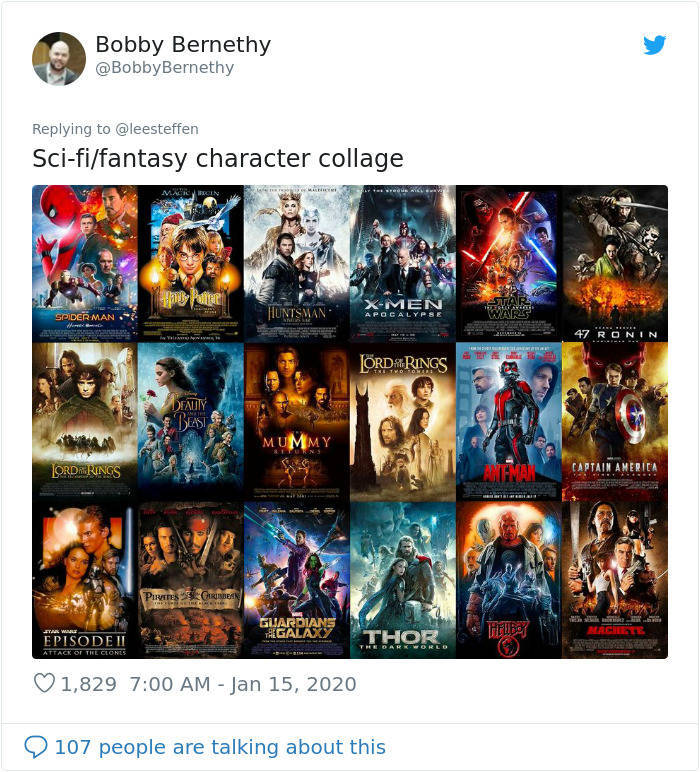 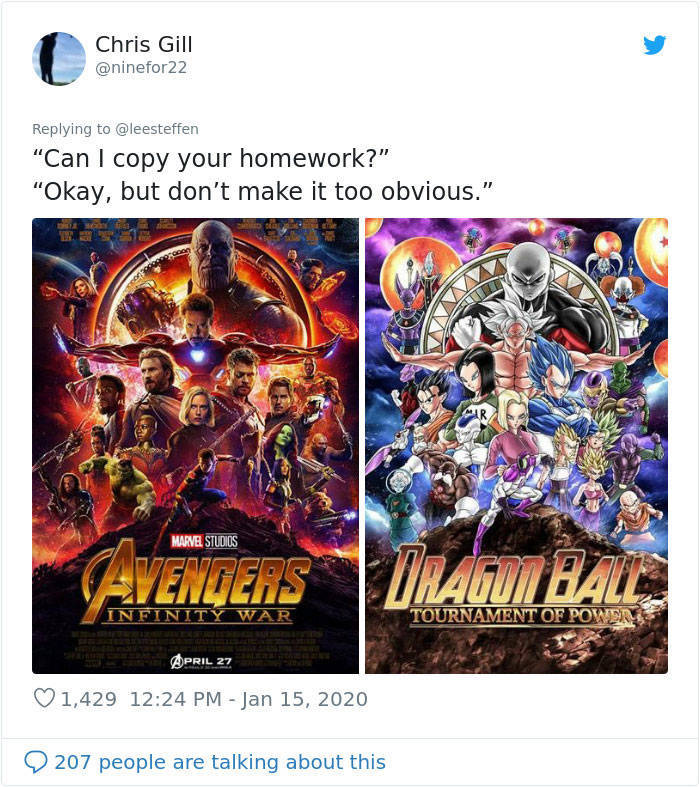 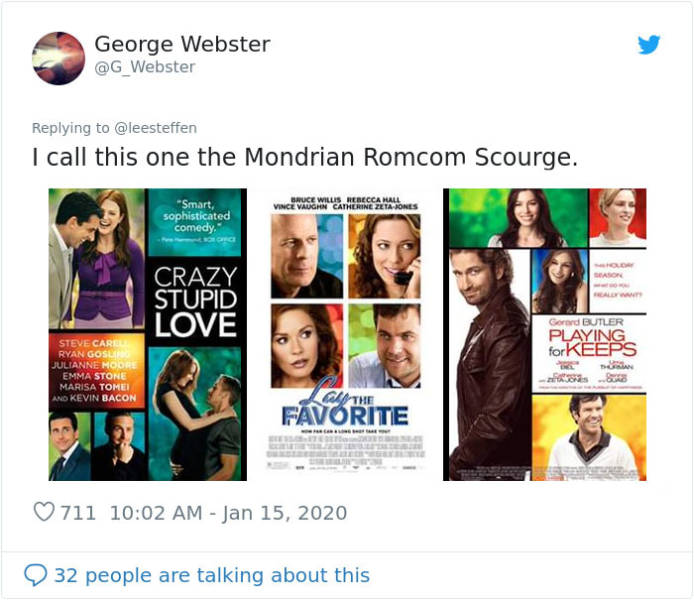 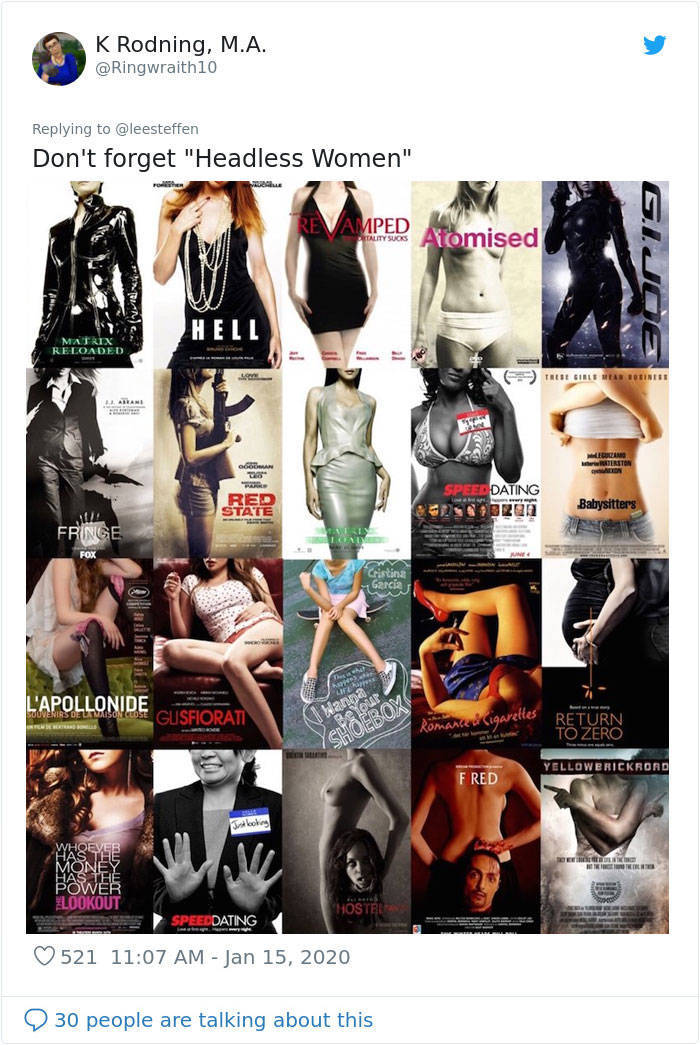 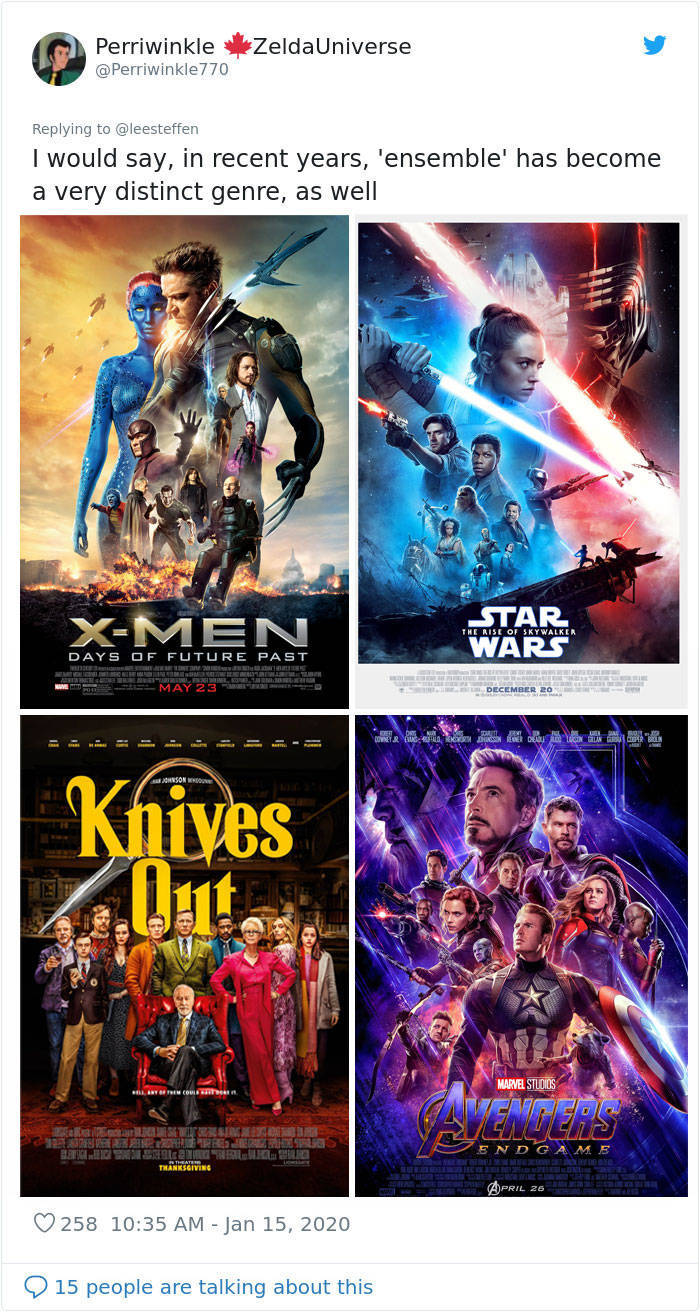 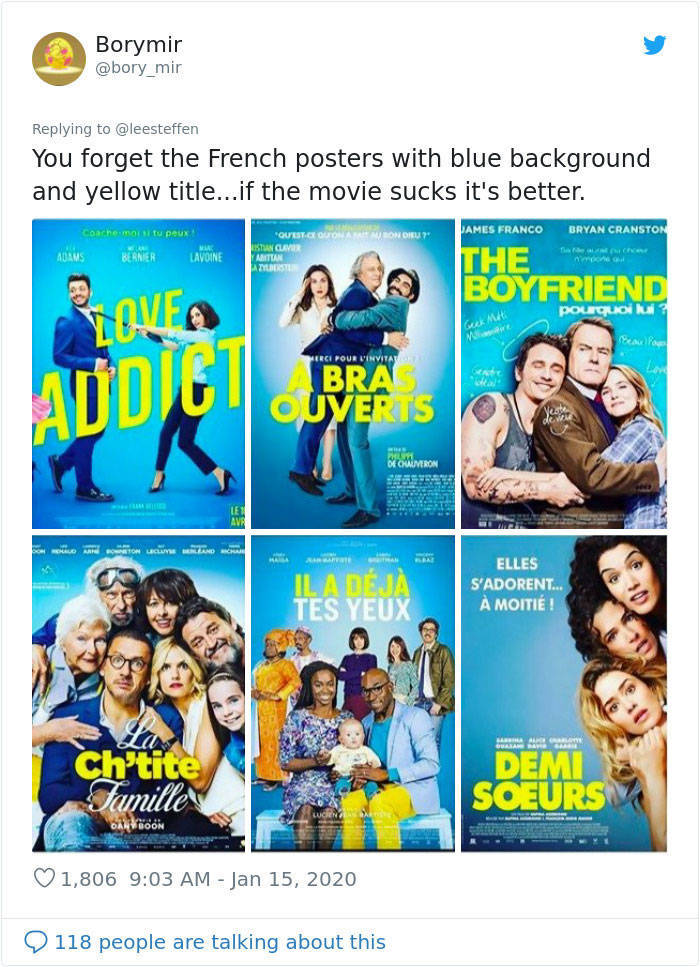 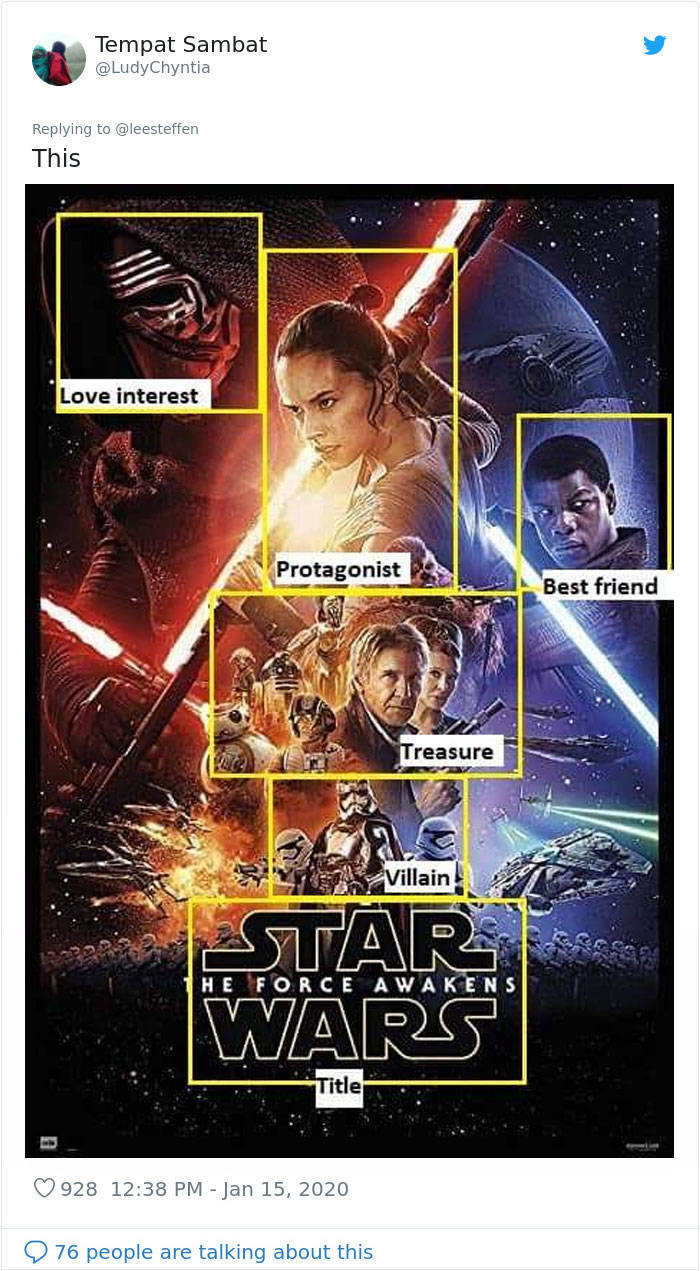 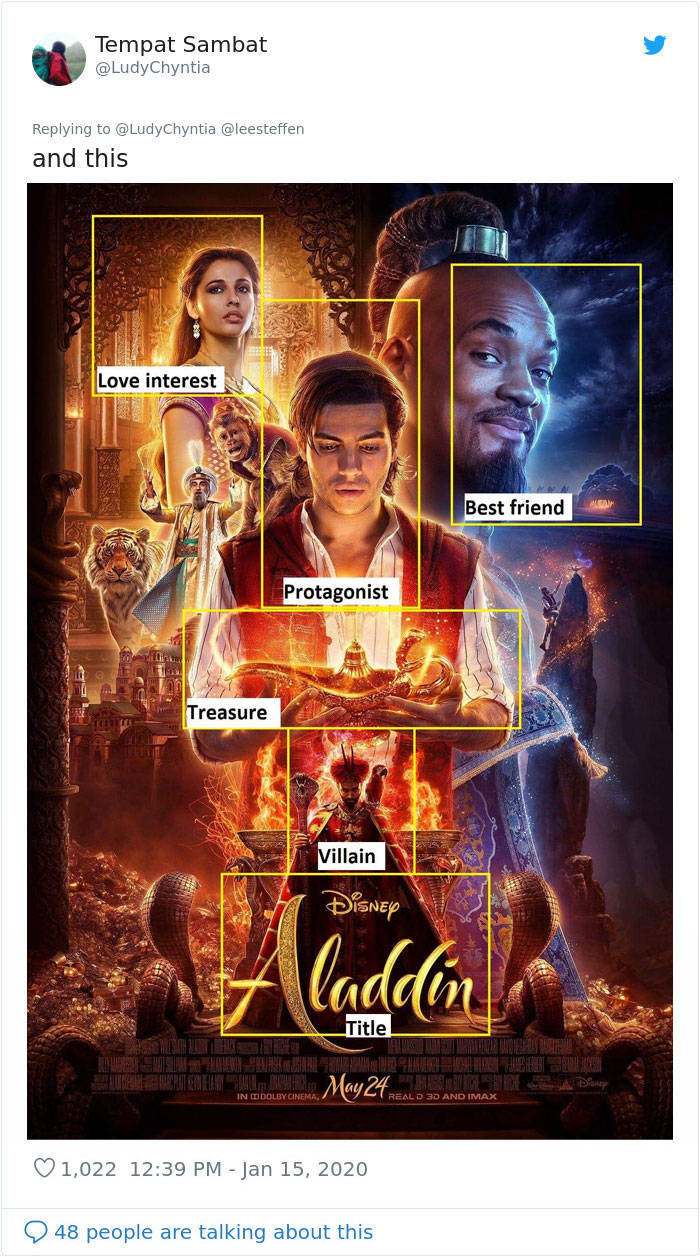 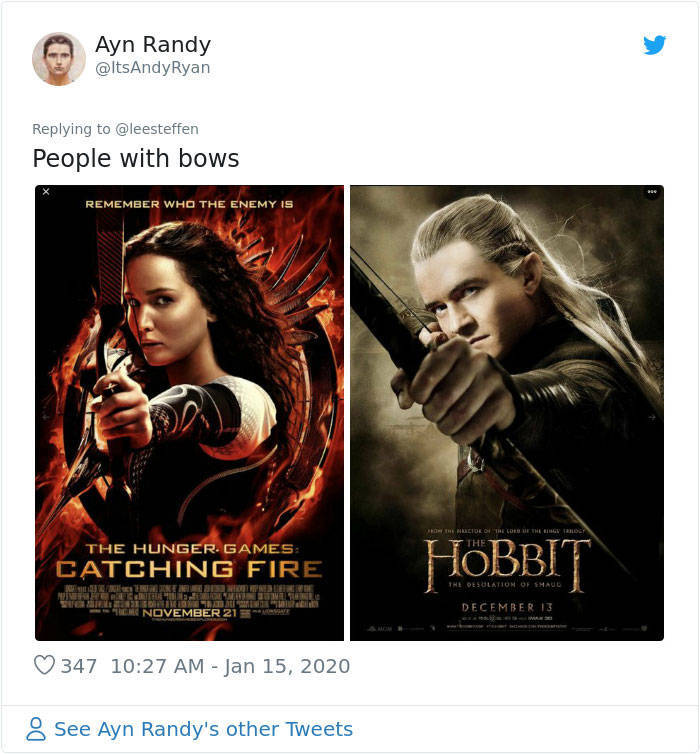 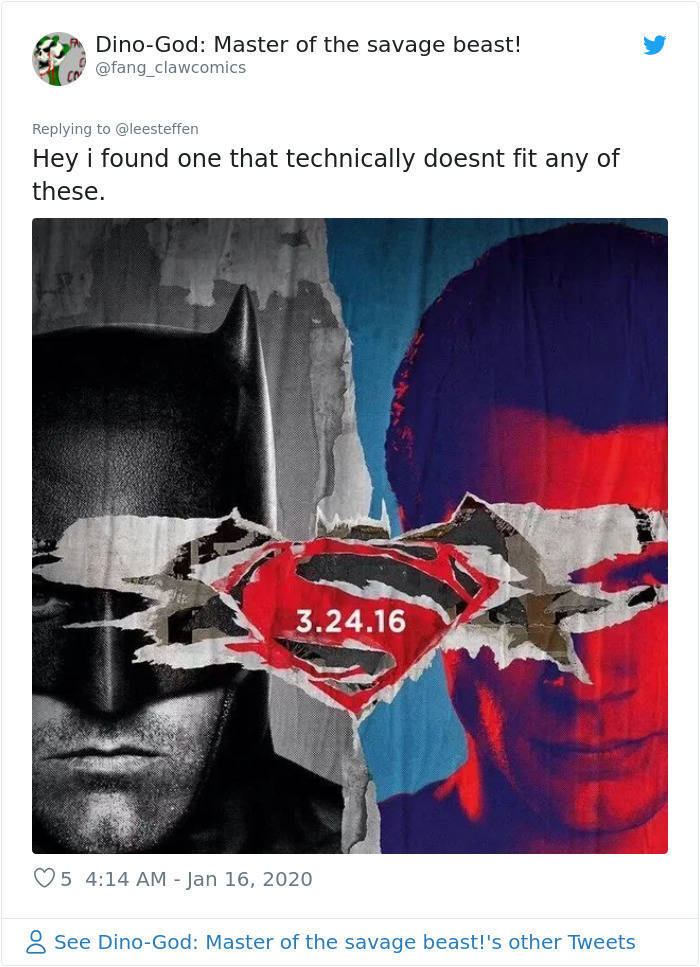 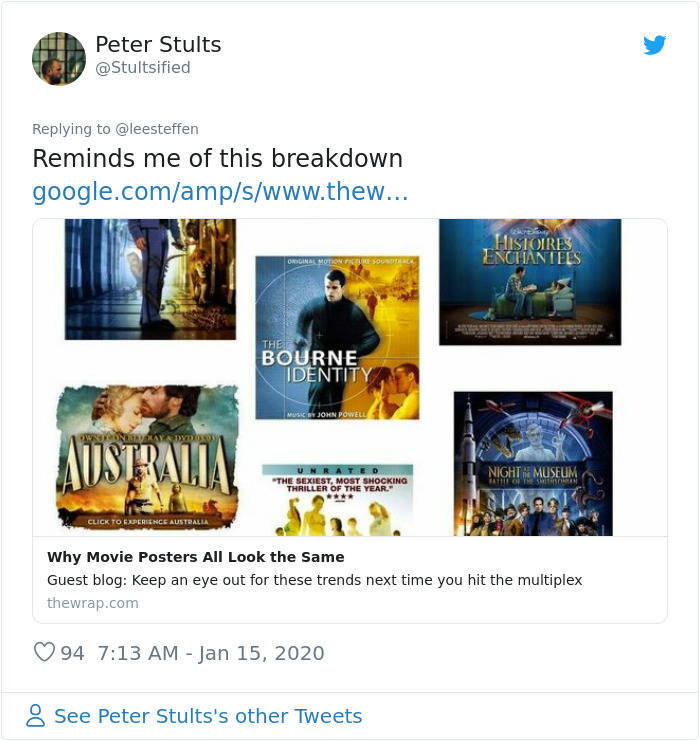 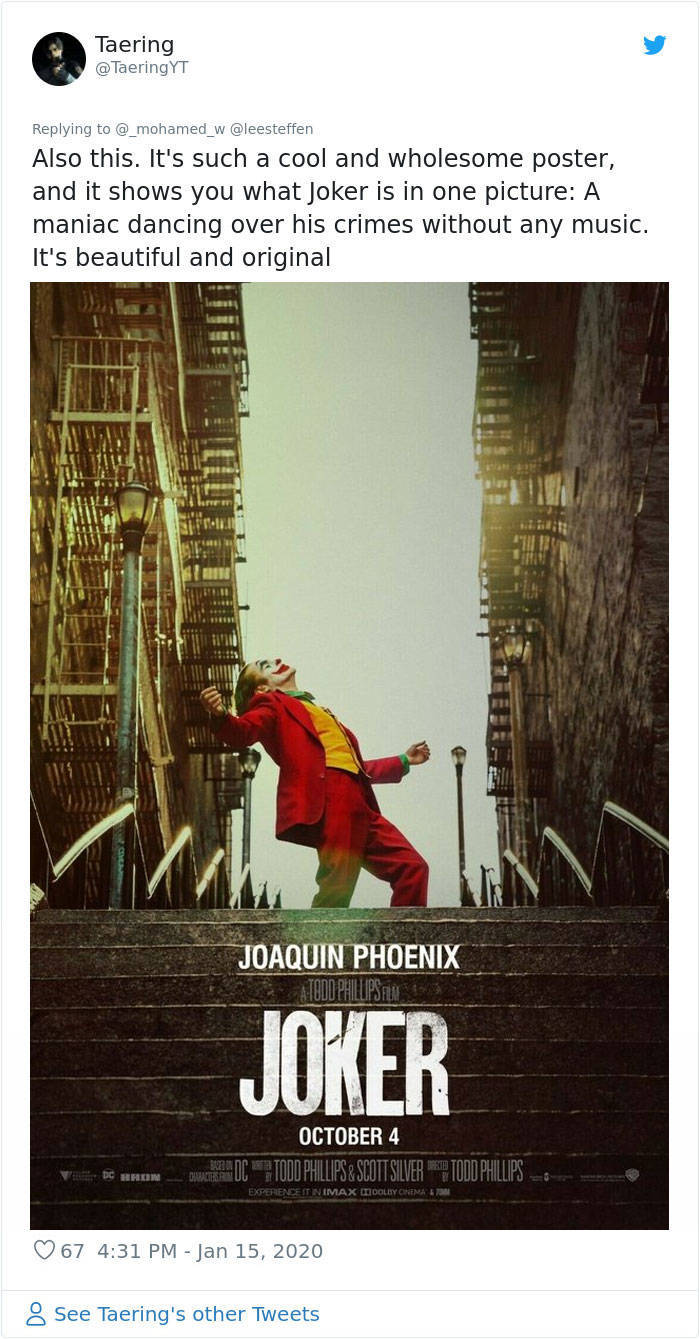 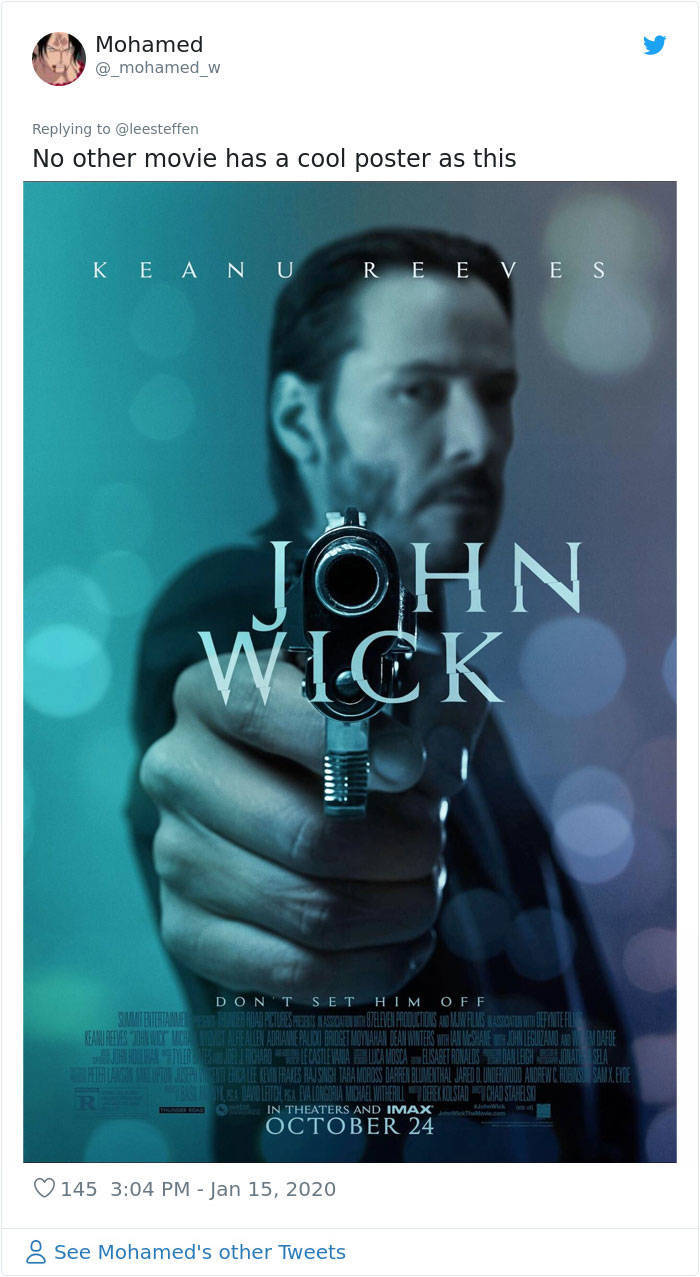 Obstacles 4 month s ago
I'm not a robot.
Reply