So, What Does All Of This Stuff On A Dollar Bill Mean? 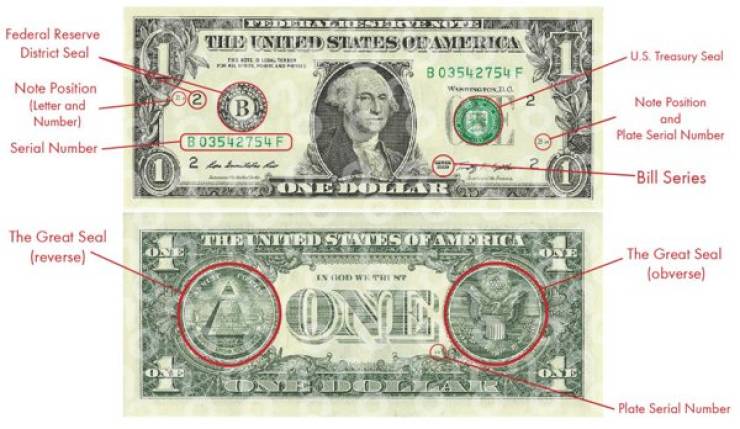 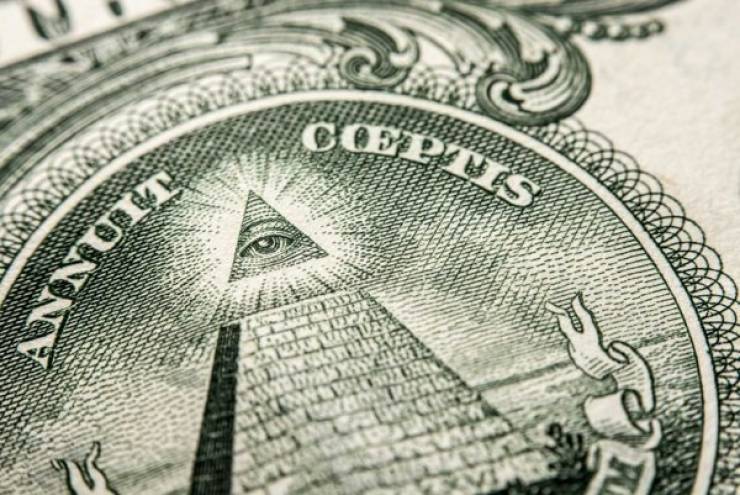 The pyramid represents strength and duration. Some interpret the missing top as a sign that the country wasn’t finished yet. The western face of the pyramid is in a shadow while the front is lighted, which some say indicates that the nation hadn’t explored the West or figured out what it would do for Western civilization yet. 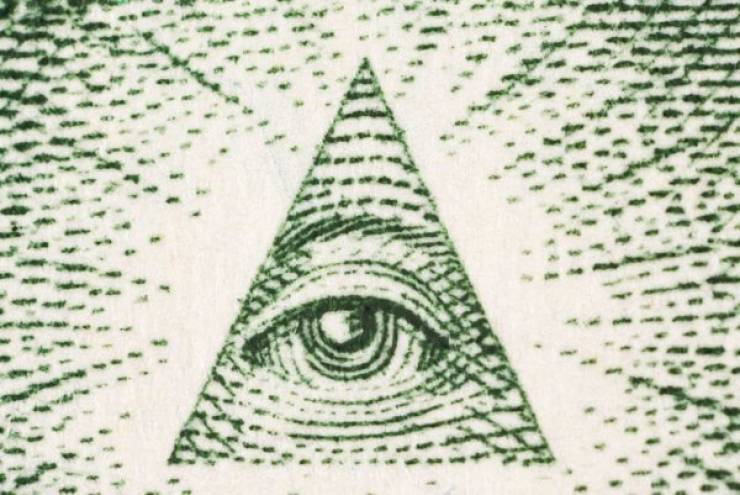 The Eye Above The Pyramid

When Benjamin Franklin, Thomas Jefferson, and John Adams gathered to design the seal they wanted the seal to have a symbol of divine providence, and the all-seeing eye shaped like the top of the pyramid is an ancient symbol of divinity. 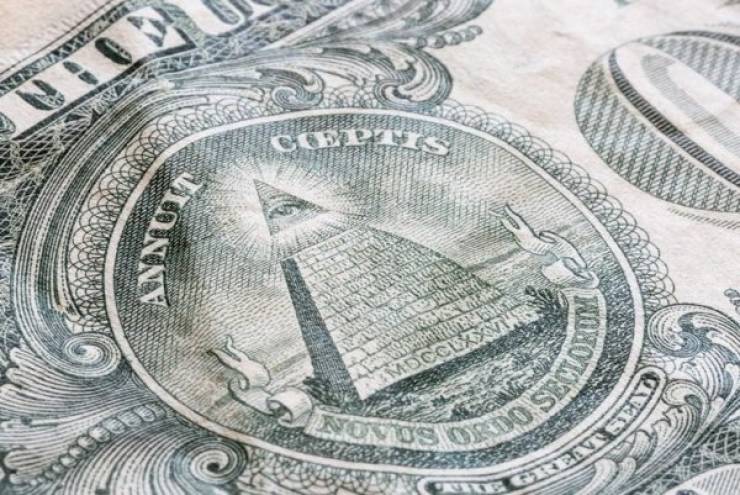 Letters On The Pyramid’s Base

The letters MDCCLXXVI can be found on the bottom of the pyramid. The letters are Roman Numerals for the date 1776, the year America declared its independence. 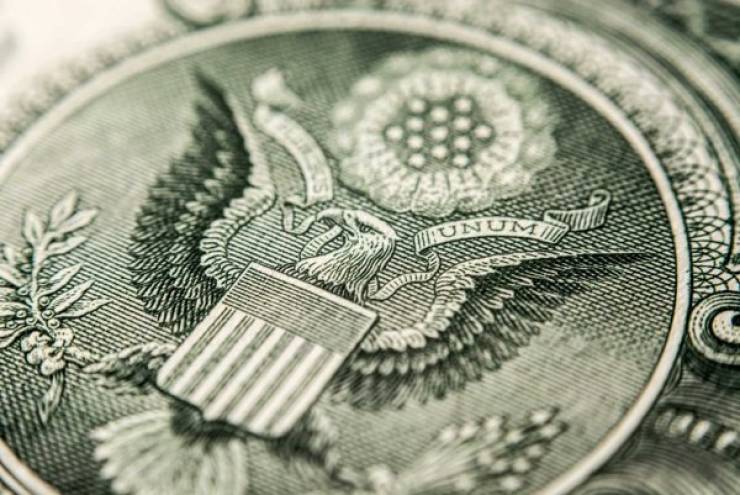 In front of the eagle is a shield, which is speculated to signify Americans should rely on their own virtue. The horizontal top bar of the shield symbolizes the federal government and is held together by vertical bars which represent the 13 original colonies. 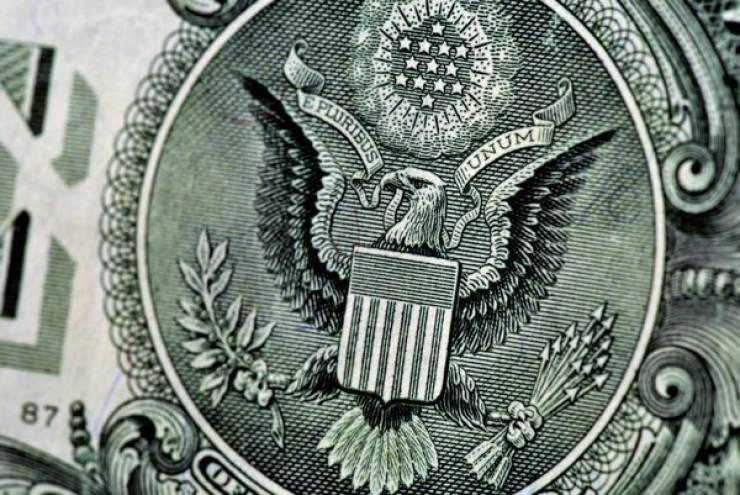 Stars Above The Eagle

The 13 stars represent the original colonies. The design surrounding the stars is meant to represent “glory breaking through a cloud”. 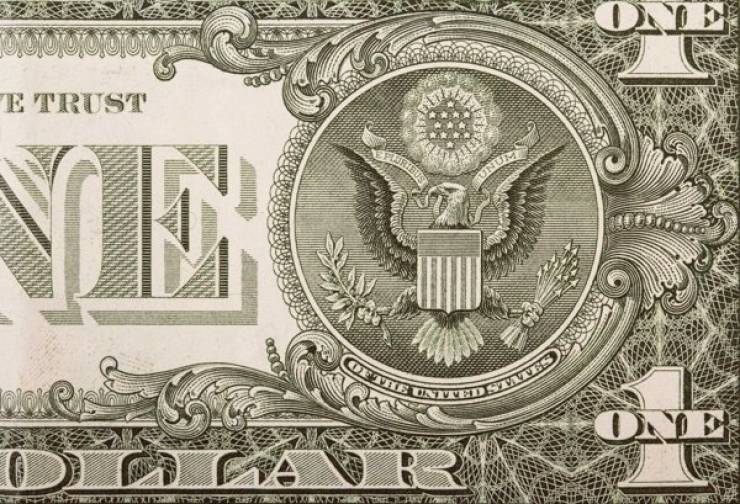 The eagle is holding an olive branch in its right talon (representing peace) and arrows in its left (representing war). But on silver coins between 1801 to 1807 the symbols were held in the opposite talons.

Diplomats pointed out that the arrows in the right (Dominant) talon could be interpreted as a sign of aggression. The olive branch and arrows were then switched to signify America will first strive for peace, but if all else fails, is ready and prepared for war. 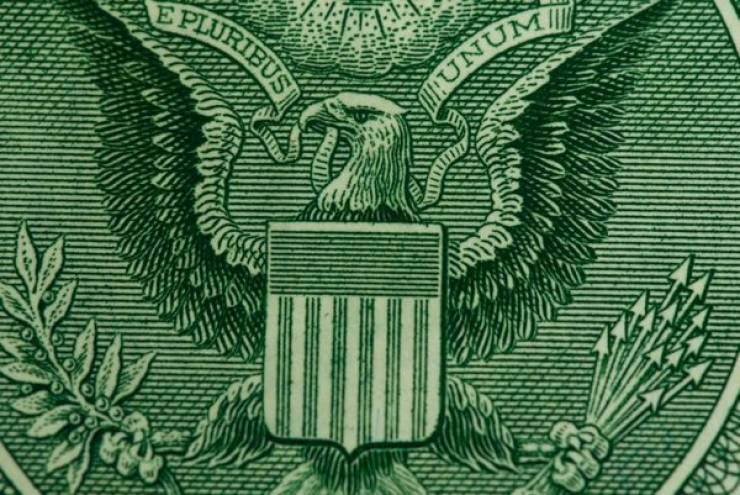 Again, the number 13 represents the original colonies and can be found everywhere on the Dollar Bill… There are 13 arrows, 13 olive branch leaves, 13 olive fruits, 13 stars above the eagle, 13 steps of the pyramid, and 13 bars on the shield. On top of that, the words “annuit coeptis” and “e pluribus unum” each have 13 letters. 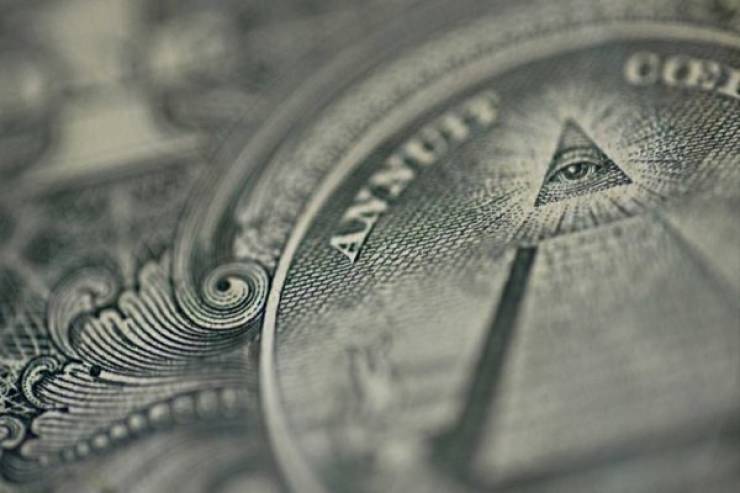 e pluribus unum – Out of many, one.

novus ordo seclorum – A new order of the ages. 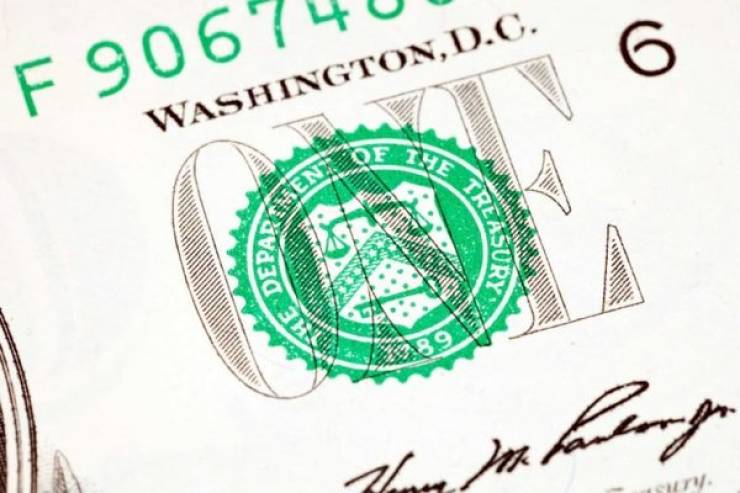 The balancing scales on the Department of Treasury seal represent a symbol of justice. Under the scales are 13 stars, one for each of the original colonies. The key on the bottom signifies official authority. 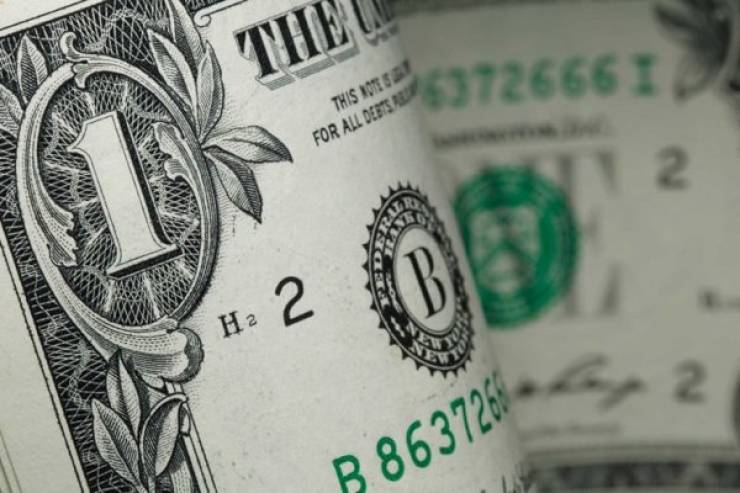 On the front of the dollar bill, a one or two-digit number appears four times. This number refers to the Federal Reserve Bank that printed the bill. 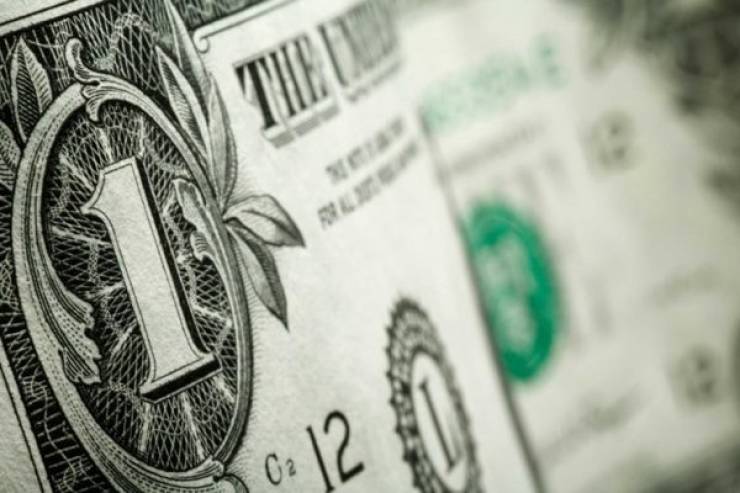 By the top left and bottom right of the “1”s on the front of the bill, you’ll see a letter (A to H) and number (1 to 4). The combination refers to the position the note laid on the plate when it was printed.

Example:“A1” is the top-left position, and “H4” is the bottom right.