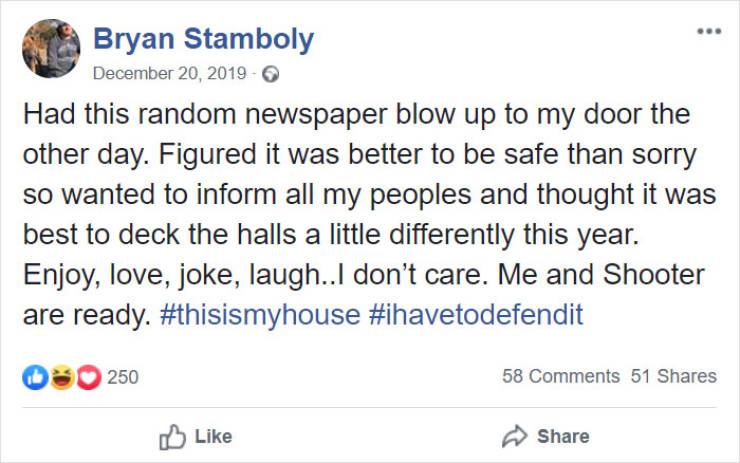 In case you forgot, Home Alone is a classic Christmas movie about an 8-year-old boy, who was accidentally left alone at home when his family went on Christmas vacation. 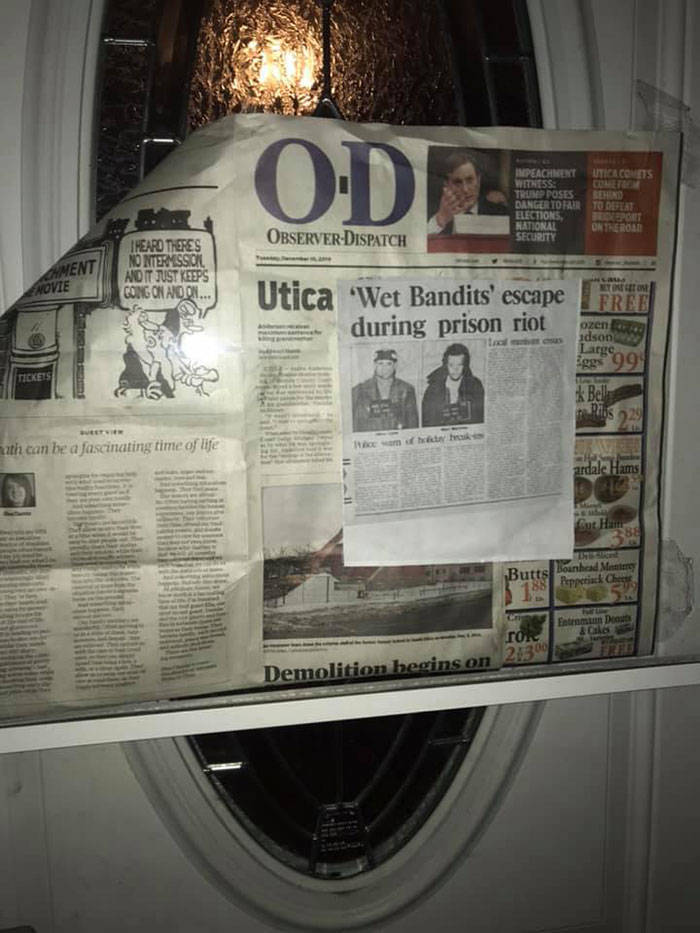 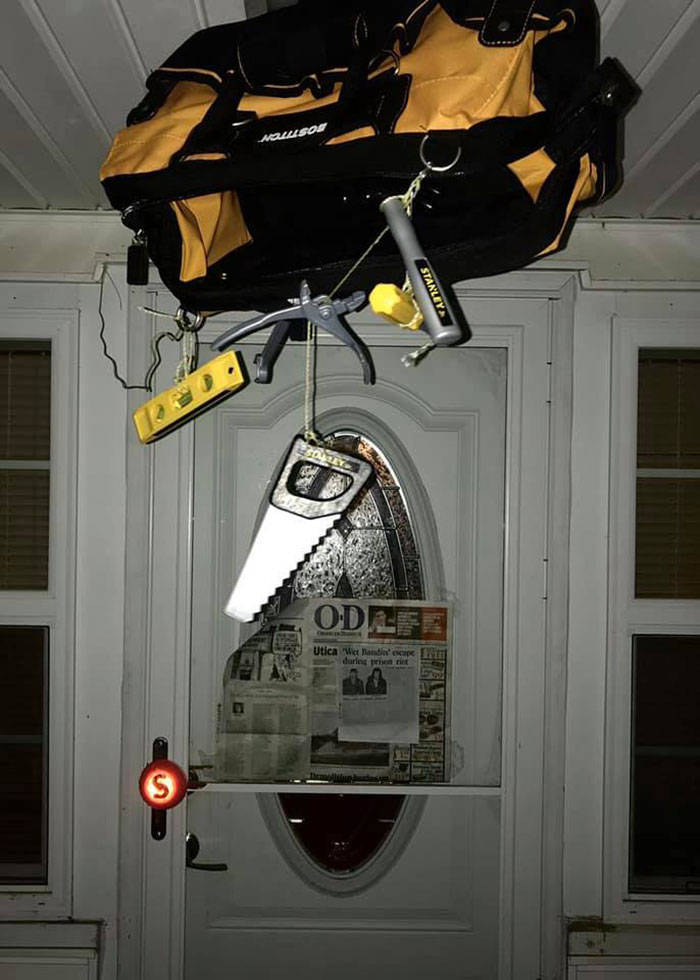 After noticing that two burglars are trying to break into his house, the mischievous boy quickly sets up clever and dangerous traps to prevent his house from being robbed. Being a fan of the movie, Stamboly quite easily executed a plan to turn his house into a trap for robbers. 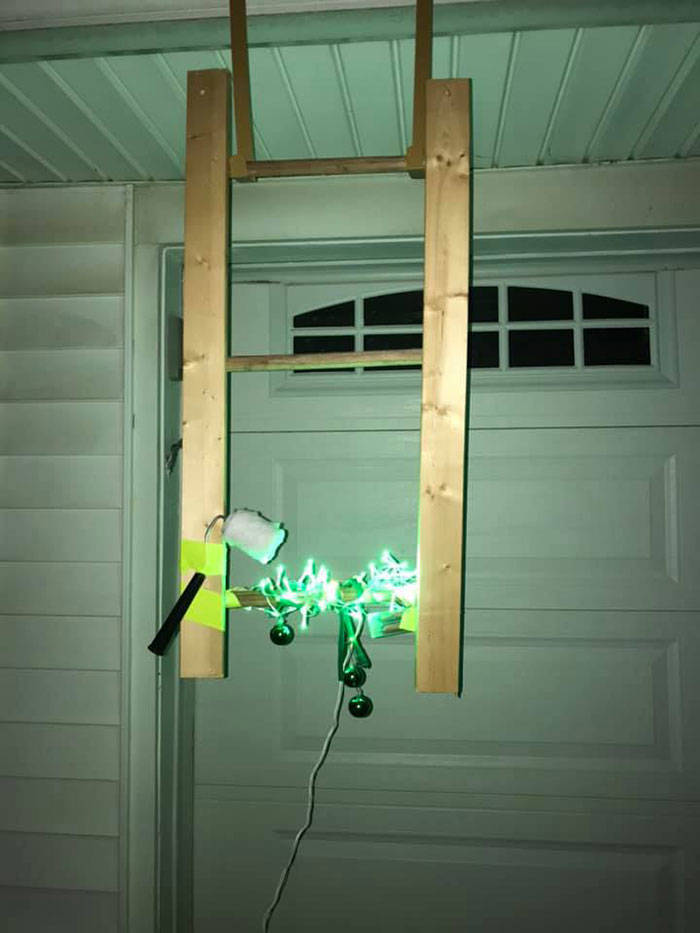 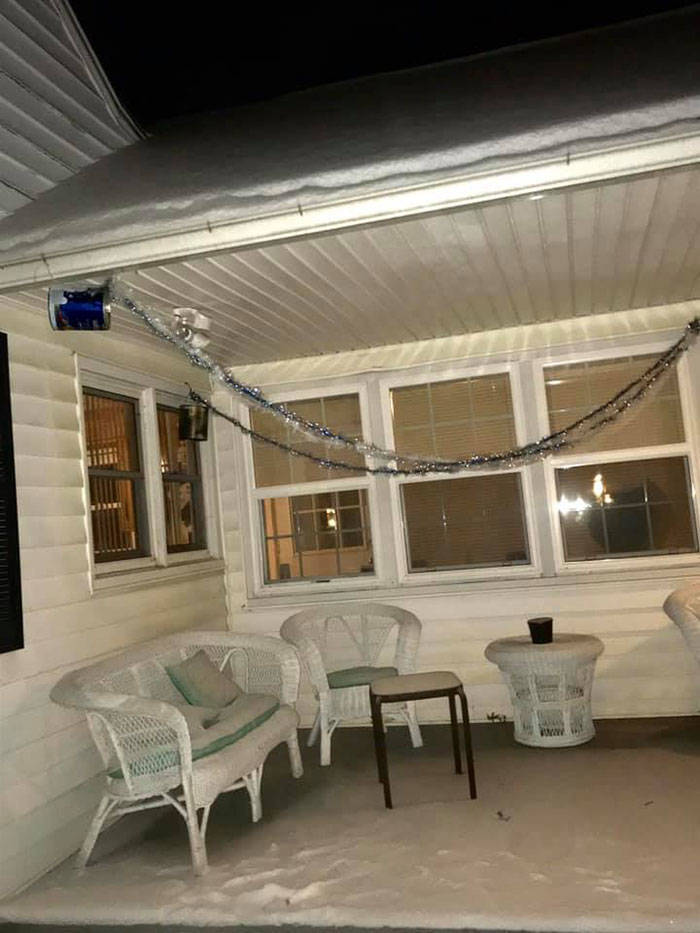 “I think Home Alone 1 & 2 were a lot of people’s my age favorite Christmas movie. Kevin’s character was around my age and everyone liked ‘taking on the bad guys’. But what I loved most about all of this was learning it’s still a wicked hit with today’s kids,” Stamboly told. 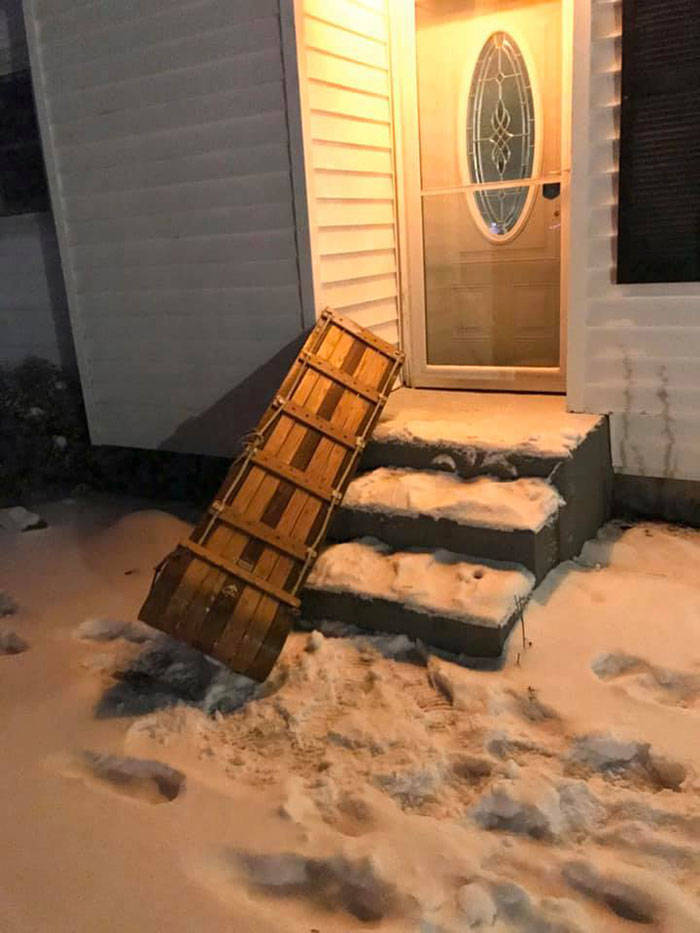 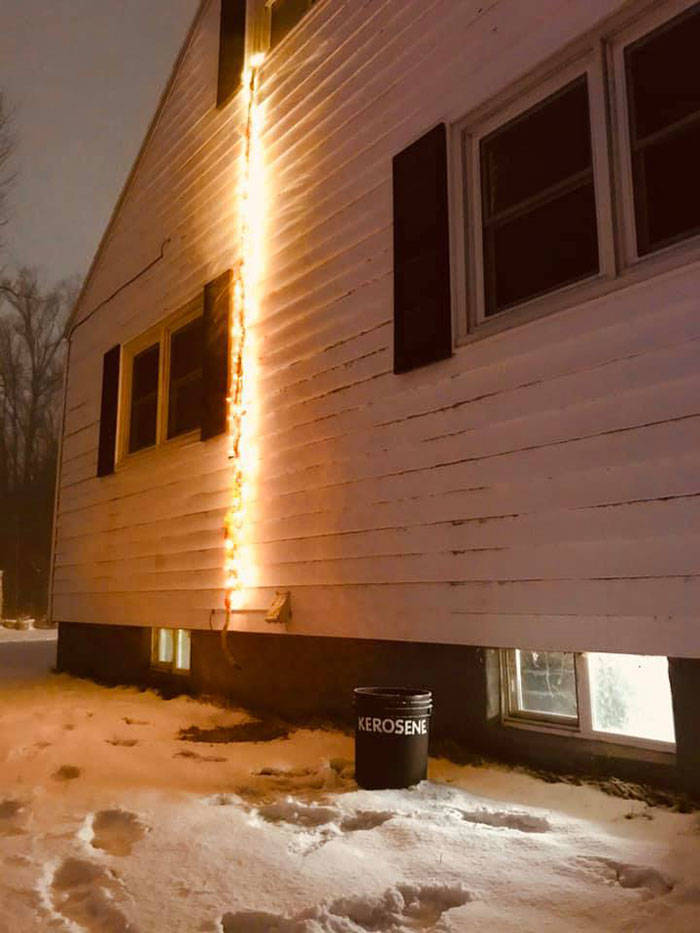 The man said that the idea for Home Alone-themed decorations came to him by accident. “So I actually developed the thought to do it the year before. My Mom was clearing out some stuff from my old room at her house but didn’t want to throw anything out that I might’ve still wanted. The 6’6 Michael Jordan cut out was one of the things and I jokingly thought to myself, “Maybe I won’t go too crazy this year with lights and reindeer, etc. and I’ll just stick this cardboard cutout in the window and see if people get it haha’,” Stamboly told us. 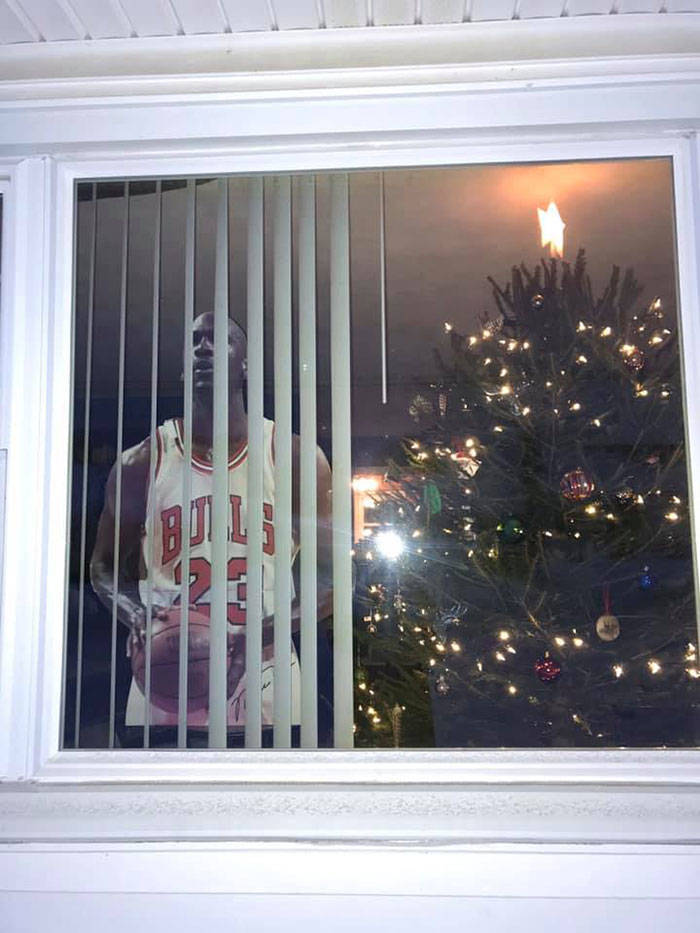 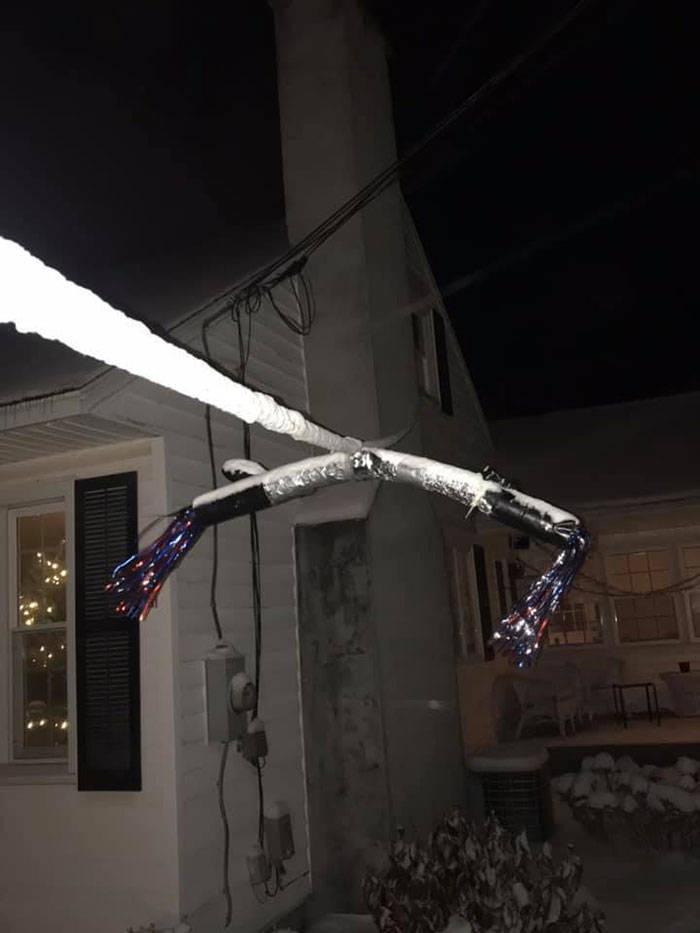 However, he knew that to pull it off, he has to put in a lot more effort. “I was doing something in my garage and happened to see my jumper cables for the lawnmower (Marv getting electrocuted), another day, I accidentally stepped on a toy car that my nephew left on the floor (made me think of the matchbox cars by the stairs). A lot of the ideas came that way,” he added. 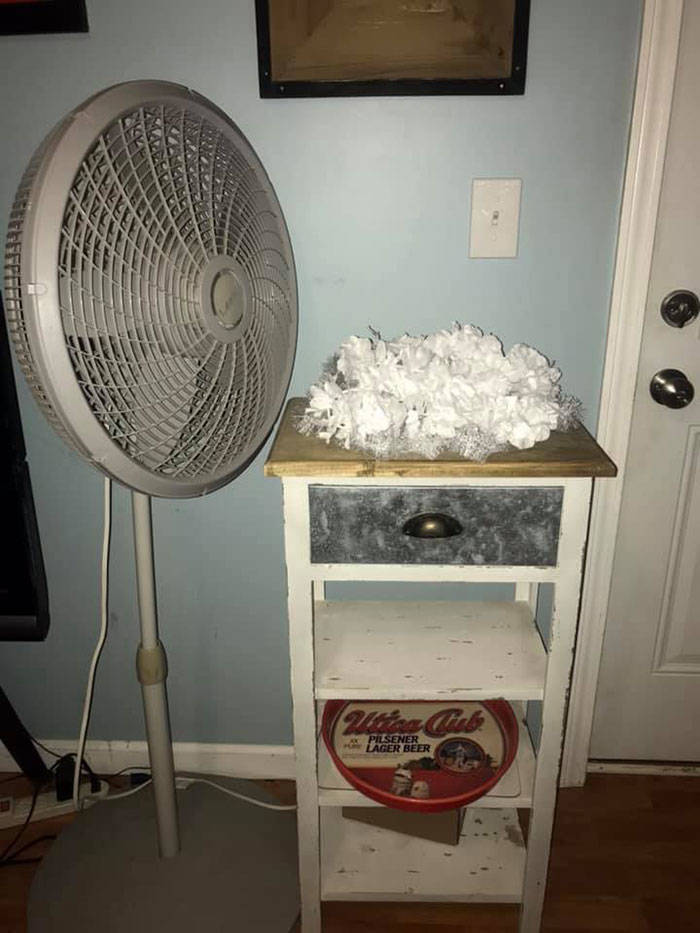 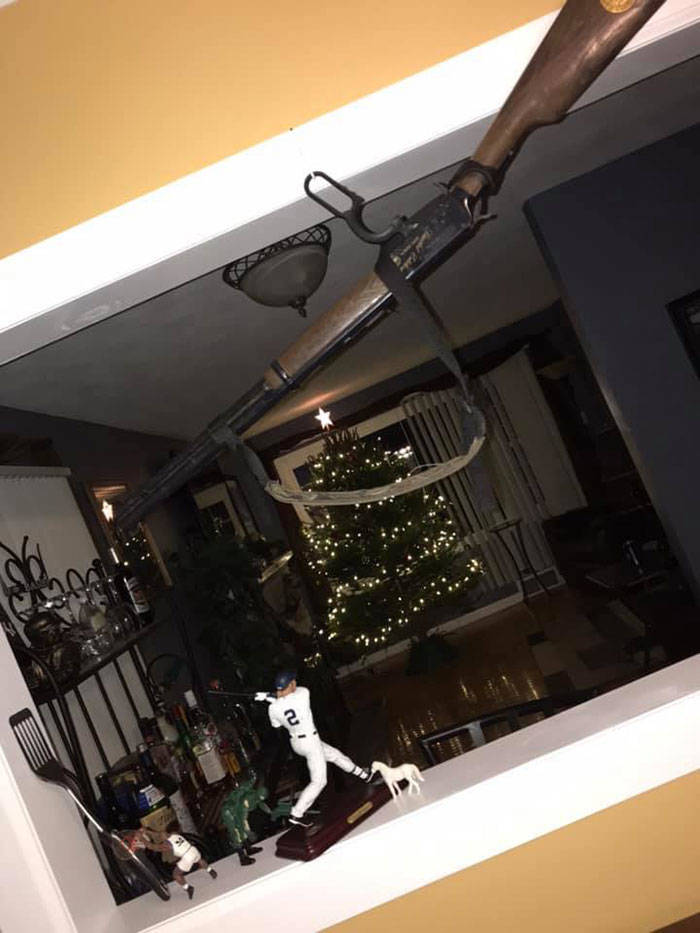 Little by little, the whole project fell into place. “Then I was like, ‘Okay, if I’m going to do it, I’ve gotta do it right and I gotta do some outside stuff.’ I knew I could do the rope zip line easily but knew if I didn’t have something that looked like fire for the blowtorch, people would probably be confused. Found this fire light bulb at Walmart then everything just kind of snowballed from there.” 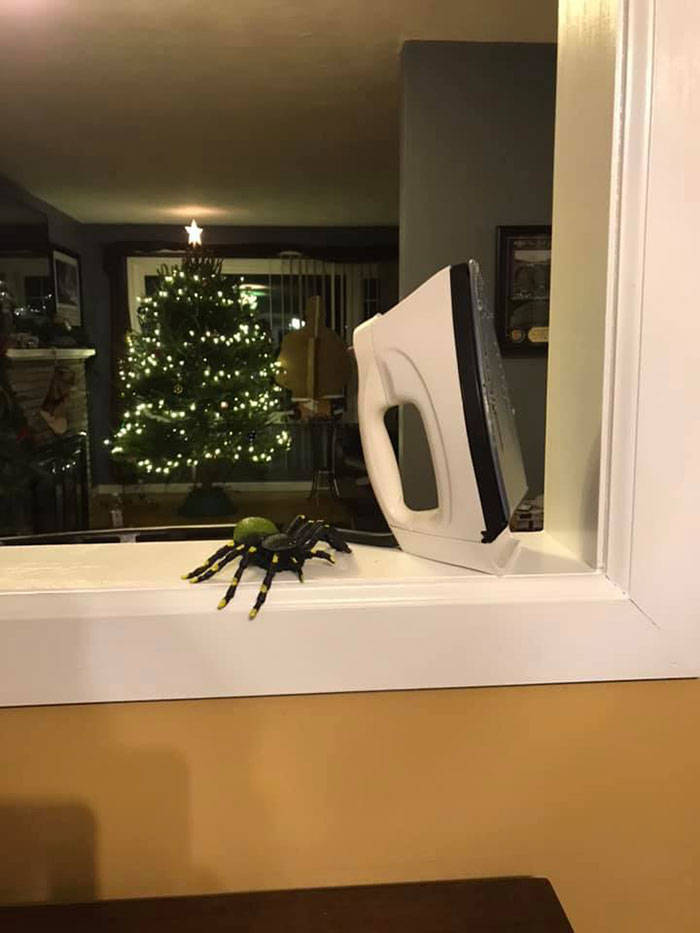 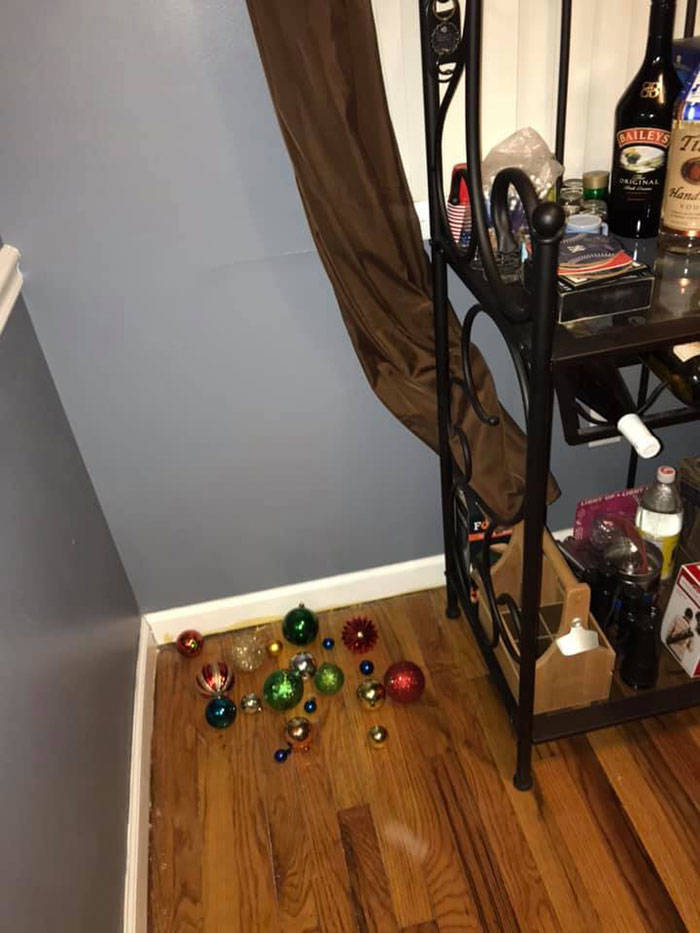 “It’s actually funny how low budget a lot of it was (possibly a part of why people liked it because it actually looked like Kevin as a 9-year-old put it all together) but like, the blowtorch I mimicked using an empty windshield washer fluid bottle, the bike handle is a foam pool noodle with tin foil and duct tape.” 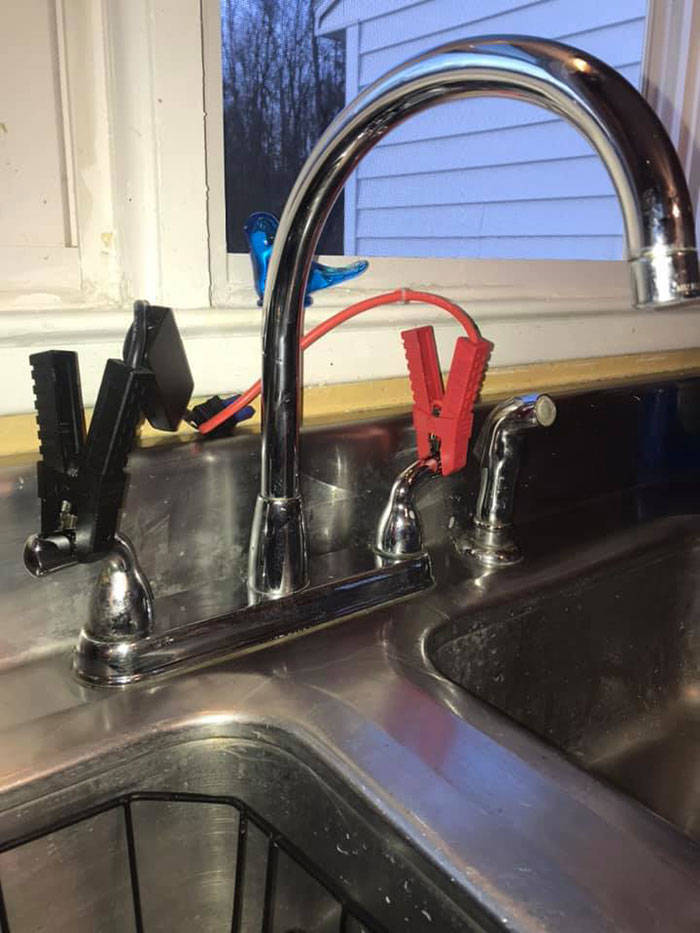 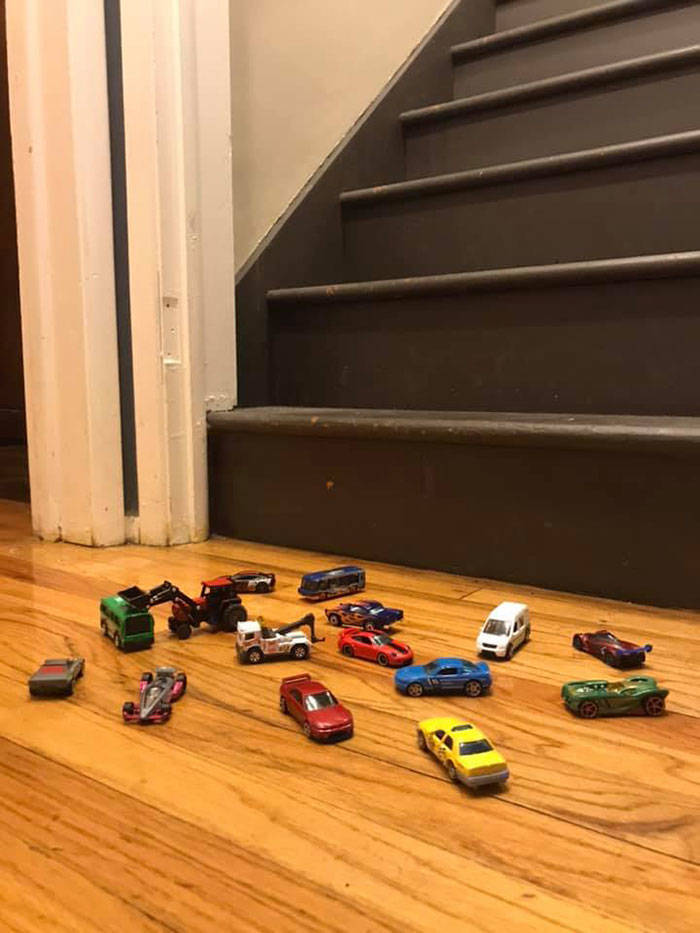 Stamboly said that it was much harder to think of how to create decorations than to actually put them all up. “The thought of the whole set up took a while, I guess, but was really just a slow borderline accidental process. Honestly, the physical act of setting it up probably took half the time it’s taken me to do a typical Christmas theme. Like I literally dumped a box of leftover ornaments on the floor and put them near a window lol,” he explained. 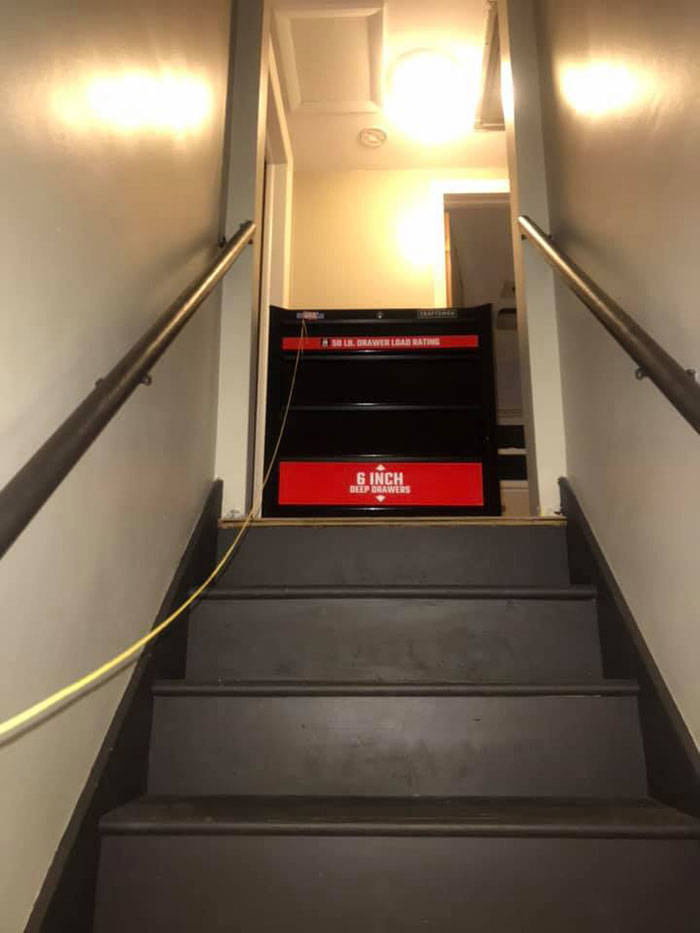 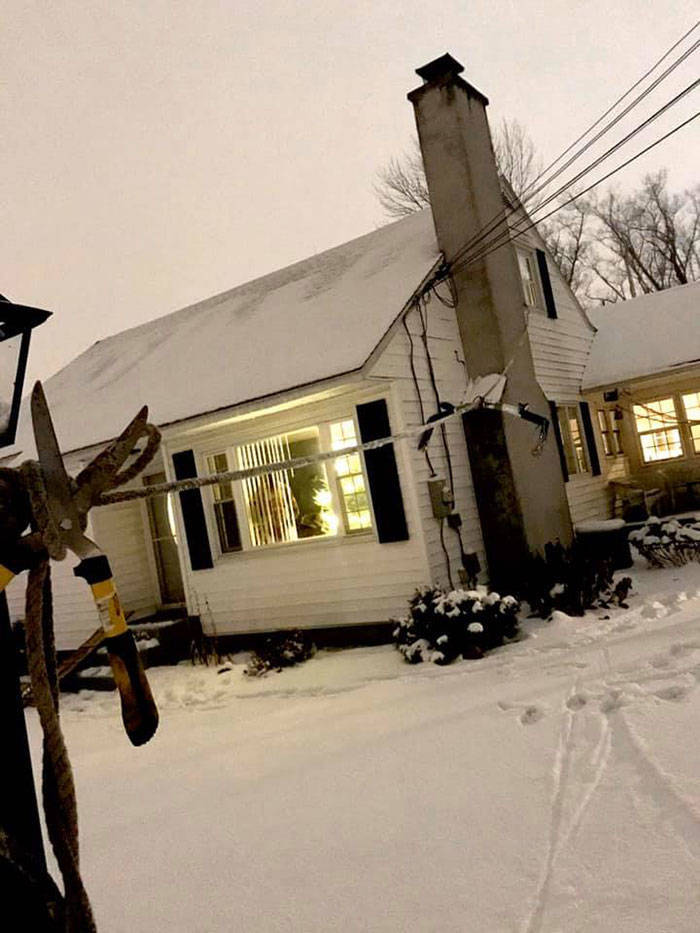 Stamboly’s unique decorations definitely didn’t go unnoticed. “Had a funny moment with a neighbor one night I pulled into my driveway. A car followed in behind me. A super nice lady gets out all frantic because she thought my house was on fire (blowtorch light bulb) and needed to help me put it out.” 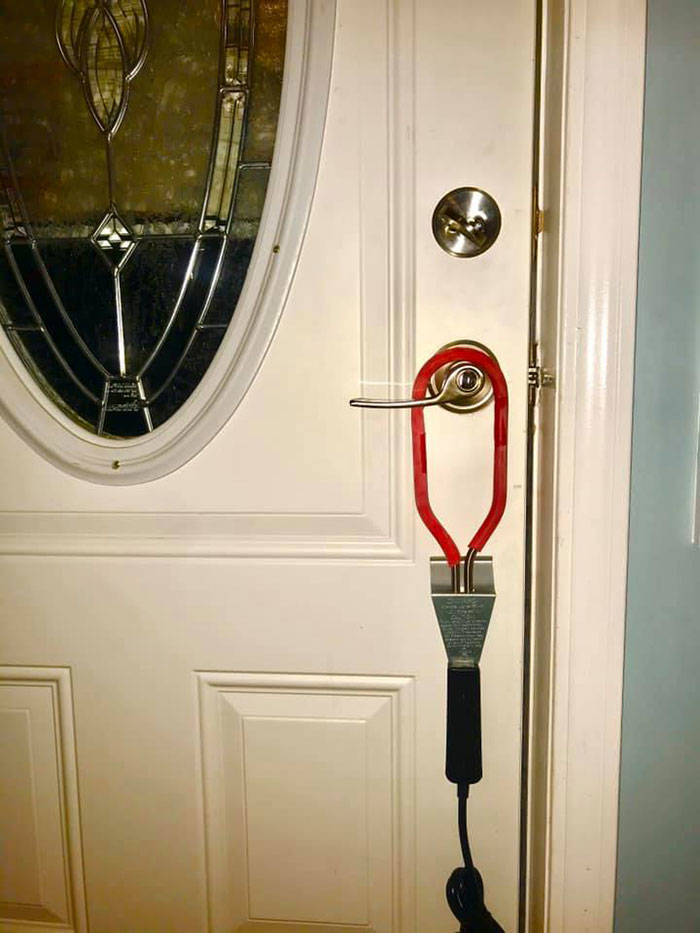 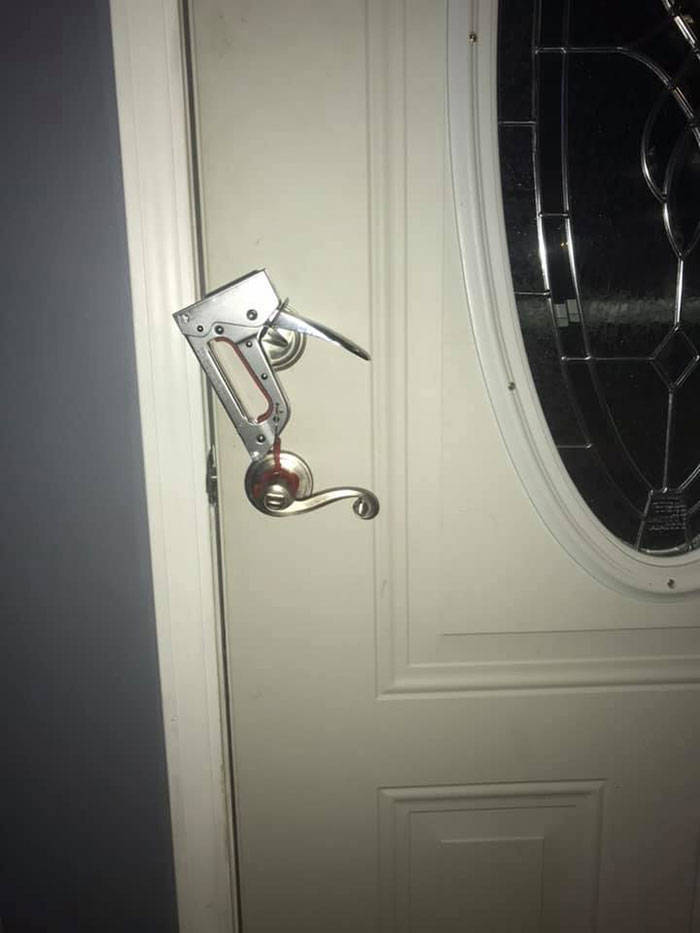 When asked how he feels about going viral, the creative man said: “The whole thing was just supposed to be for a funny twist. I had absolutely no clue people would enjoy it so much, but I’m grateful and more than happy I could give people something to laugh about.”