Hollywood Did Not Notice These Mistakes (15 pics + 5 gifs) 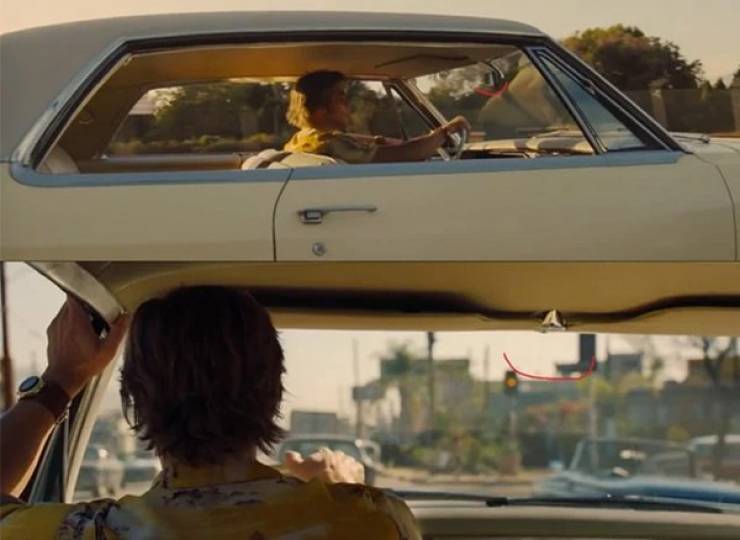 In ‘Once Upon A Time In Hollywood,’ Cliff Booth’s rear-view mirror appears and disappears.

In ‘Harry Potter and the Prisoner of Azkaban,’ both Daniel Radcliffe and Emma Watson can be seen wearing battery packs on their backs as they try to sneak to Hagrid’s Hut to save Buckbeak. 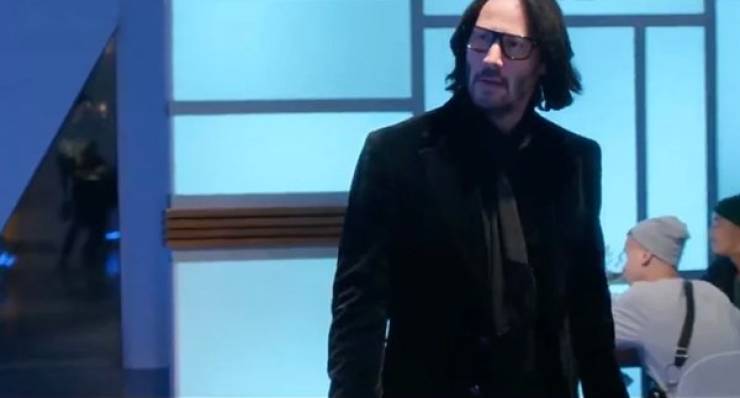 During the Keanu Reeves reveal scene in the movie ‘Always Be My Maybe’ (2019) the camera man’s reflection can be seen on the left. 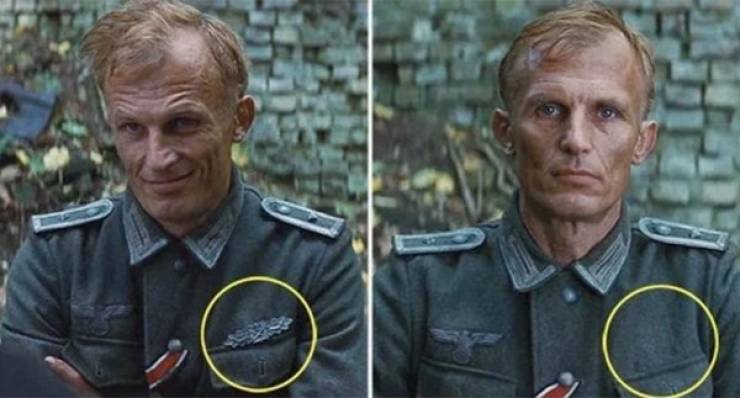 The chest insignia of the German officer in ‘Inglourious Basterds’ disappears from one scene to the next. 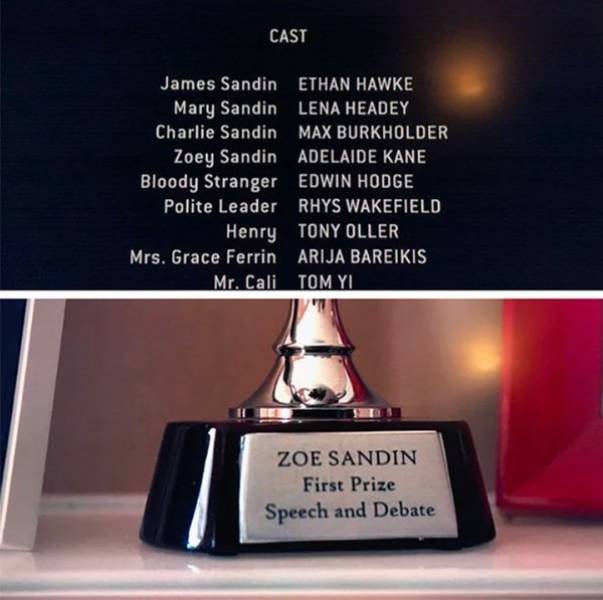 In ‘The Purge’ (2013), the daughter’s name in the credits is Zoey but a trophy in her room has the name Zoe.

In ‘Arrival’ (2016), when Ian throws a blanket to Louise, it gets caught by something out of the frame (probably a microphone), then he quickly pulls it off to cover her shoulders. 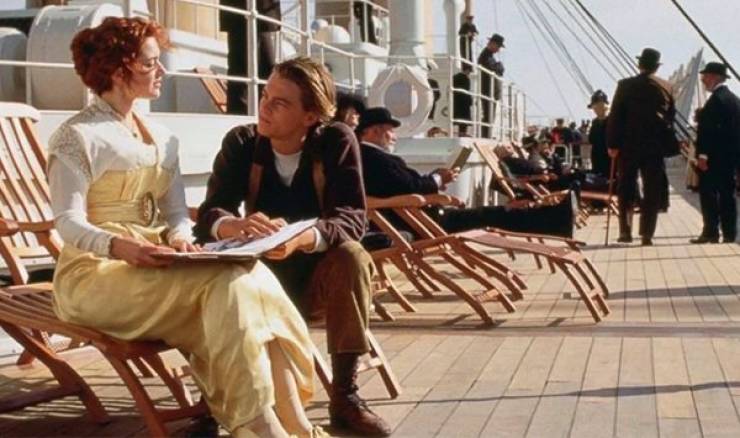 In ‘Titanic,’ Jack tells Rose that he went ice fishing on Lake Wissota in Wisconsin. The lake was formed in 1917 by a hydroelectric dam 5 years after the Titanic sank.

Continuity error in ‘The Wolf of Wall Street’ – Leo’s hands are positioned differently between cuts. 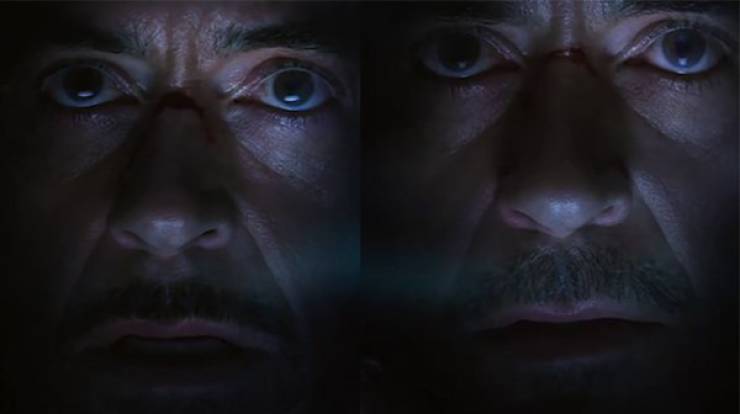 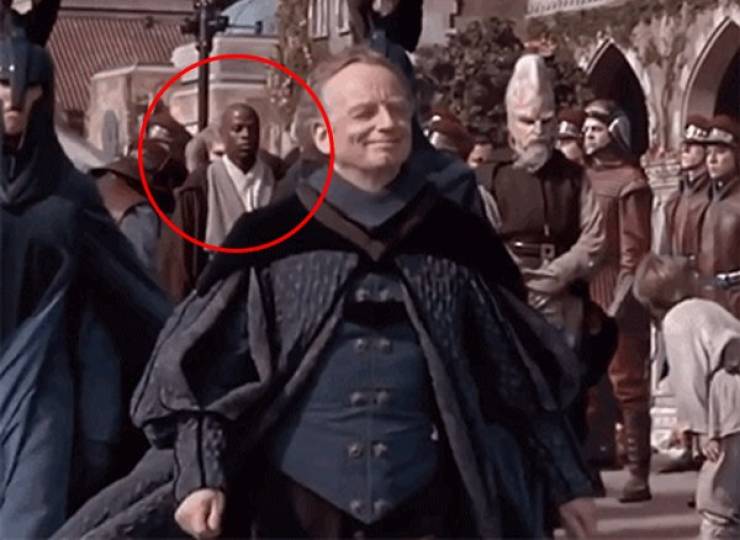 Apparently they couldn’t get Samuel L Jackson for the end of ‘Star Wars: The Phantom Menace.’

In ‘Charlie and the Chocolate Factory’ (2005), the opening credits show Willy Wonka placing each Golden Ticket by hand of the BACK on the bars, but when Charlie opens his bar later, the Golden Ticket is on the FRONT. 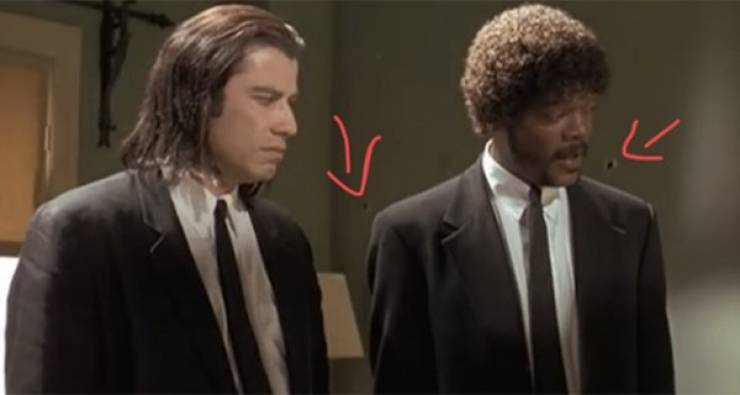 In ‘Pulp Fiction,’ you can see the bullet holes on the wall before the guy comes out from the bathroom shooting. 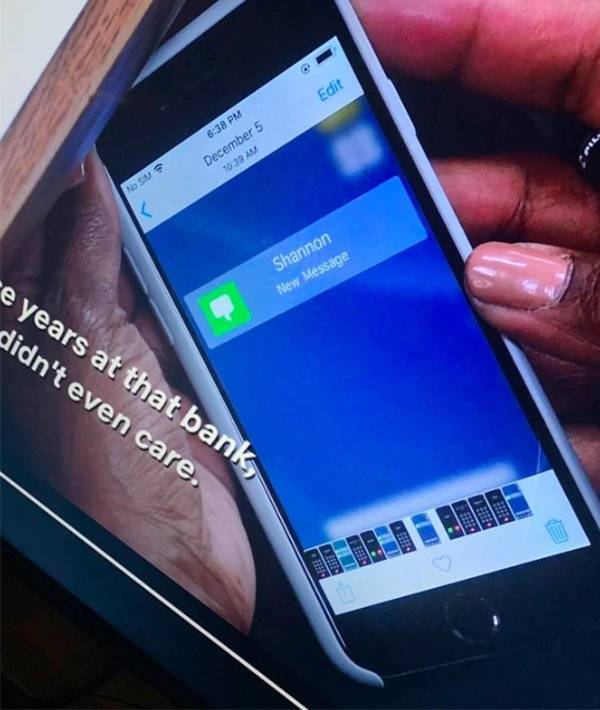 In ‘Die Hard,’ when Hans moves Tony’s head (who is dead), he blinks. 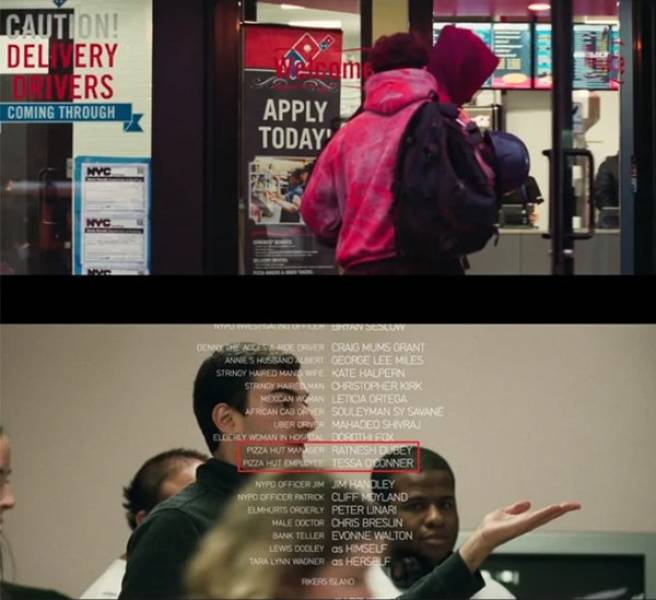 In ‘Good Time’ (2017) Connie and Nick clearly go into Dominos, but the credits list it as Pizza Hut 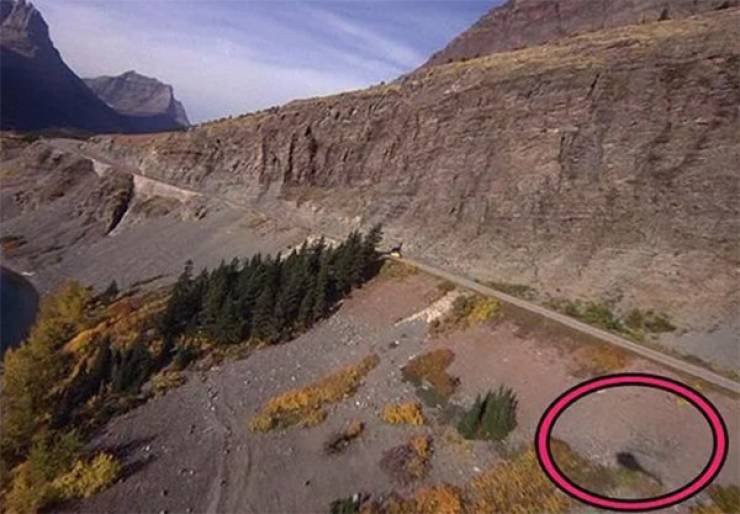 Helicopter shadow visible in the opening aerial shot of ‘The Shining.’

Kylo Ren’s cape in ‘Star Wars: The Rise of Skywalker’ is completely computer-generated. If you look closely at his reflection there’s no cape. 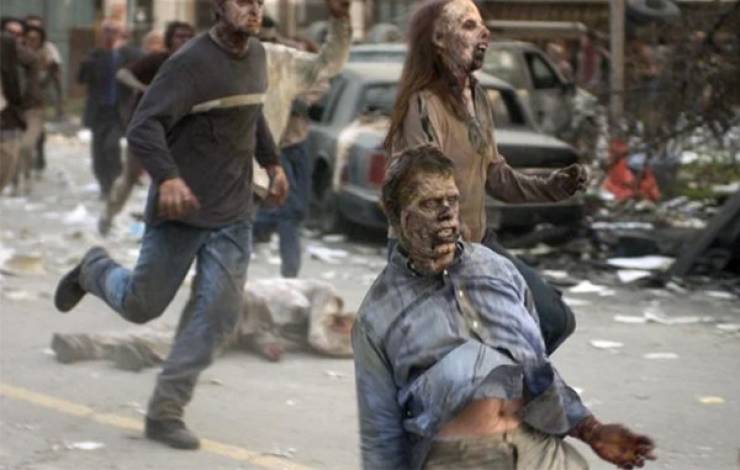 This zombie in ‘Dawn of the Dead’ (2004) doesn’t have any gore makeup applied to his stomach.

In the lower left hand corner of this ‘Matrix’ scene, a person’s hand can be seen on the table behind Neo and a worker, despite them being the only two people in the room.

Three 7 month s ago
#1 First they filmed him driving down the street from a car next to him and the rear-view mirror is there because laws and safety. Then they filmed him from the back seat while not actually driving and using cgi/green screen. For this they had to take out the mirror so you wouldn't see the camera dude. You can also notice that the steering wheel doesn't match up to his driving. All this is very common.
Reply
0