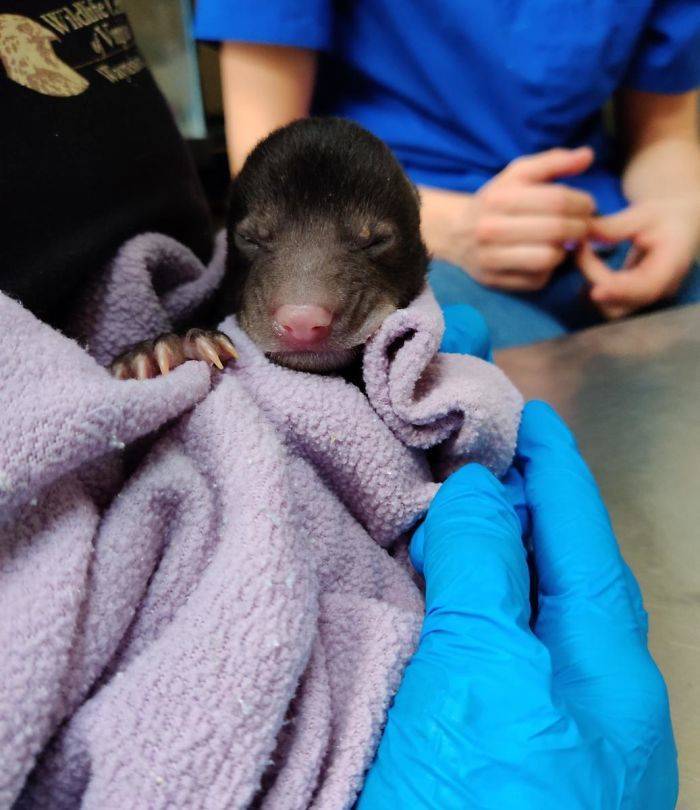 It was found dehydrated and weighed only 540g 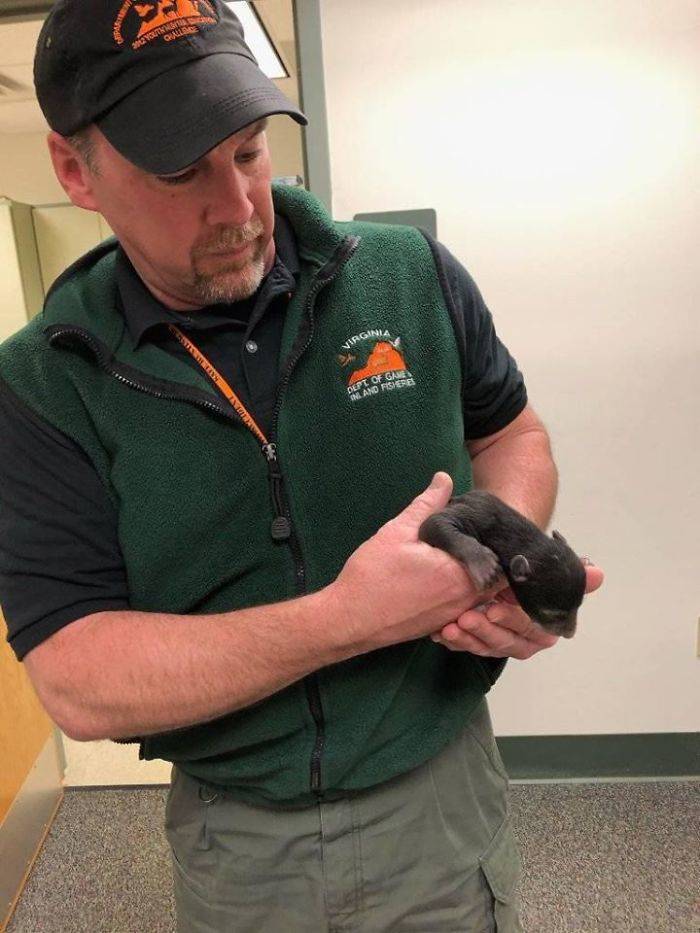 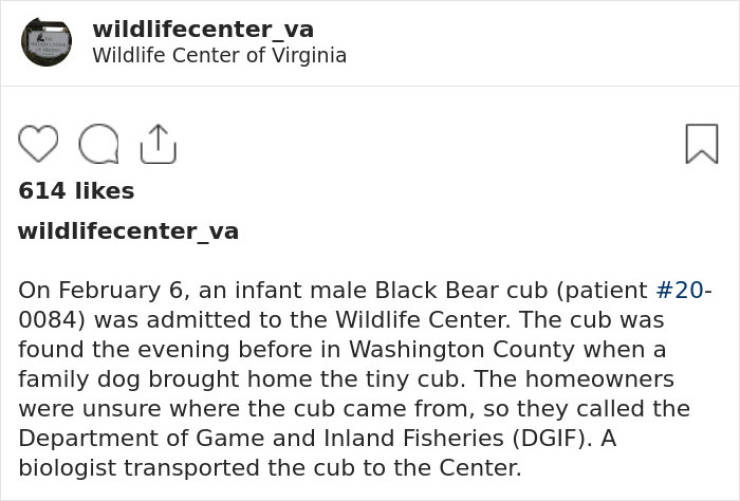 Amanda Nicholson, the director of outreach at the Wildlife Center where the bear cub was treated, told: “The black bear cub was successfully fostered on Wednesday! He’s out in the wild with a new mom now.” Sit back, relax and keep on reading.

Luckily, the baby bear was found healthy. “It is fairly common for us to receive wild animals that have been picked up by pets, but it’s uncommon that they are uninjured. Sadly, we see a significant number of injured wildlife from free-roaming housecats, and dogs will also often disturb nests of some ground-dwelling wildlife.”

“We treat more than 3,000 wild animals each year in our hospital; a number of animals come to us sick or injured, and we have a veterinary team at the ready to provide whatever treatment or surgery is necessary. We also receive a number of healthy orphaned animals, and our rehabilitation staff will raise them until they are old enough to survive on their own back in the wild. In the case of this bear, we settled him into an incubator and calculated a ’round-the-clock feeding schedule with a specialized formula to meet his nutritional needs.”

The family brought the cub to a local Wildlife center 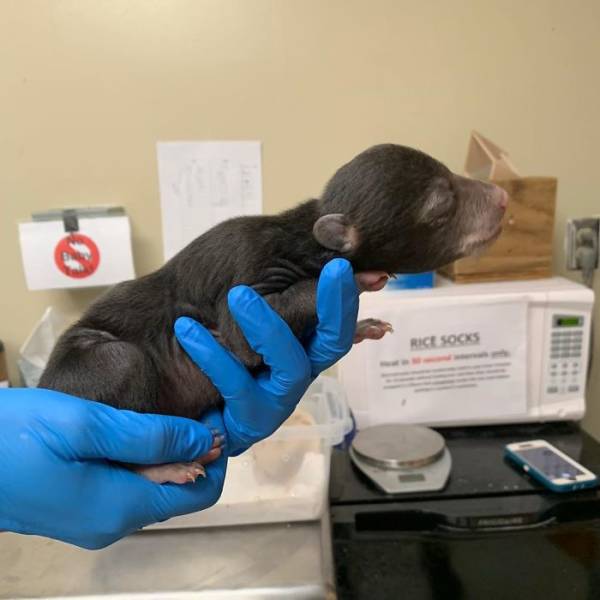 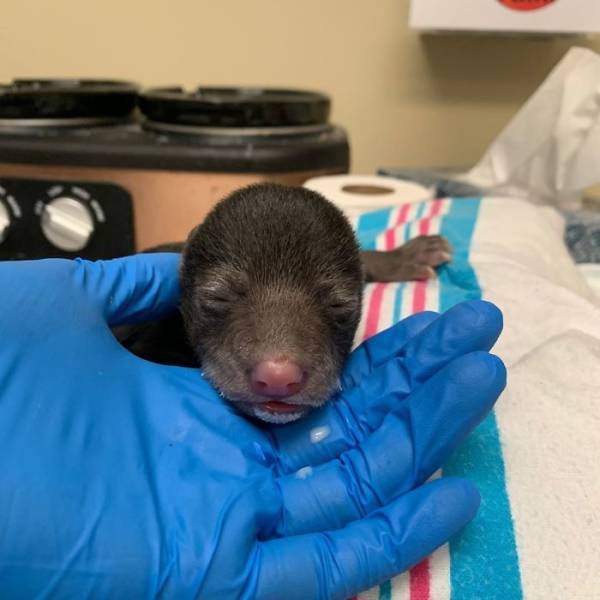 The baby black bear cub might weigh barely as much as a loaf of bread today, but once he turns into a fully grown adult, his weight might skyrocket up to 250kg. In addition, he will be flipping boulders weighing over 140kg with a single paw. That said, if you’re scared of meeting one face-to-face, it’s best to avoid forested mountainous regions. Black bears could easily be Olympic gold medalists in both climbing and swimming. They love scaling trees and taking refreshing showers. Of course they do—there are plenty of unsuspecting fish in that muddy water.

They might be too young to play games now but these newly bonded siblings will surely have lots of fun! 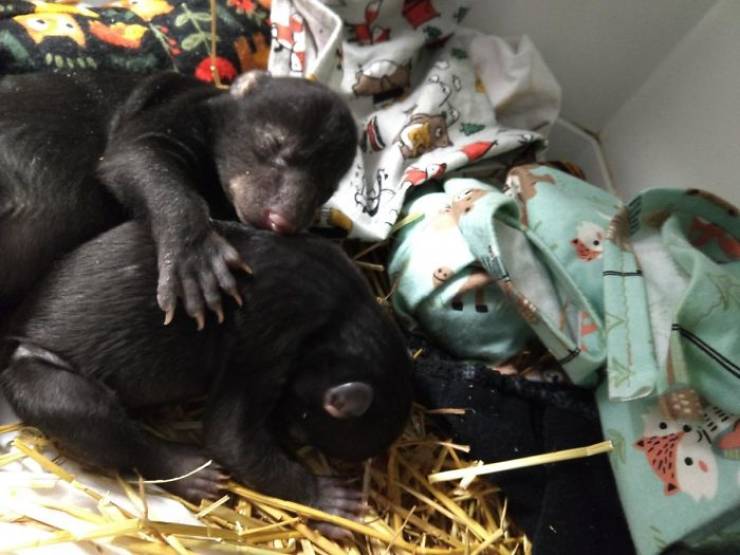 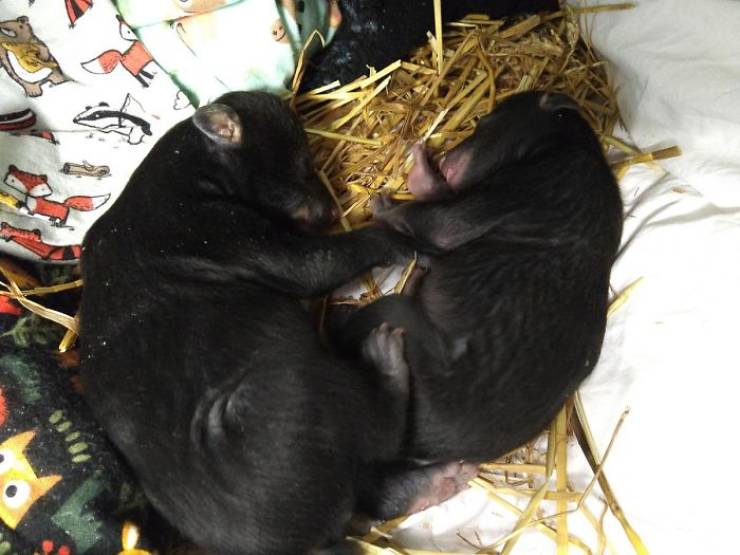 What should you do if you find a black bear cub in the wilderness? The government of Alberta, Canada, which has a solid population of 40,000 black bears, has shared the newest guidelines for handling a black bear in the wilderness. “If you find a bear cub alone, do not interfere with it. Doing so can be detrimental to the bear’s wellbeing, and can place you at high risk if its mother is nearby. Although black bear cubs normally remain with their mothers for up to 17 months, they are self-sufficient at five months.”

So why do these beautiful creatures become orphaned? It happens for a couple of reasons: “the mother abandons her cub(s) due to her inability to produce milk; there’s fire or drought; humans disturb the den sites.” A black bear can also become parentless if its mother is killed by a vehicle, after a conflict with people, or after encountering a hunter.