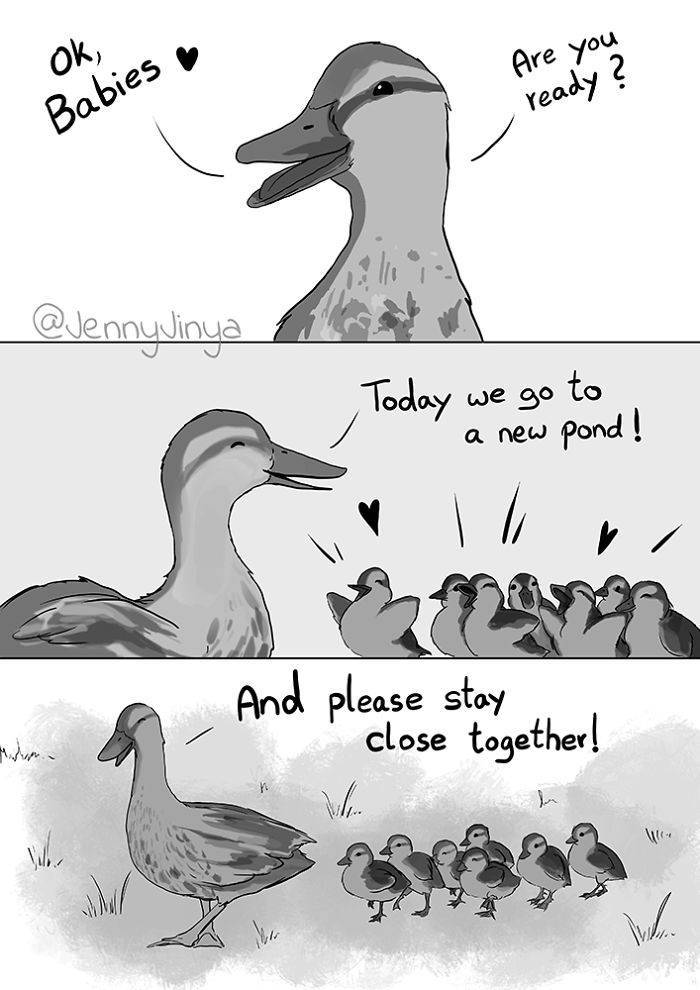 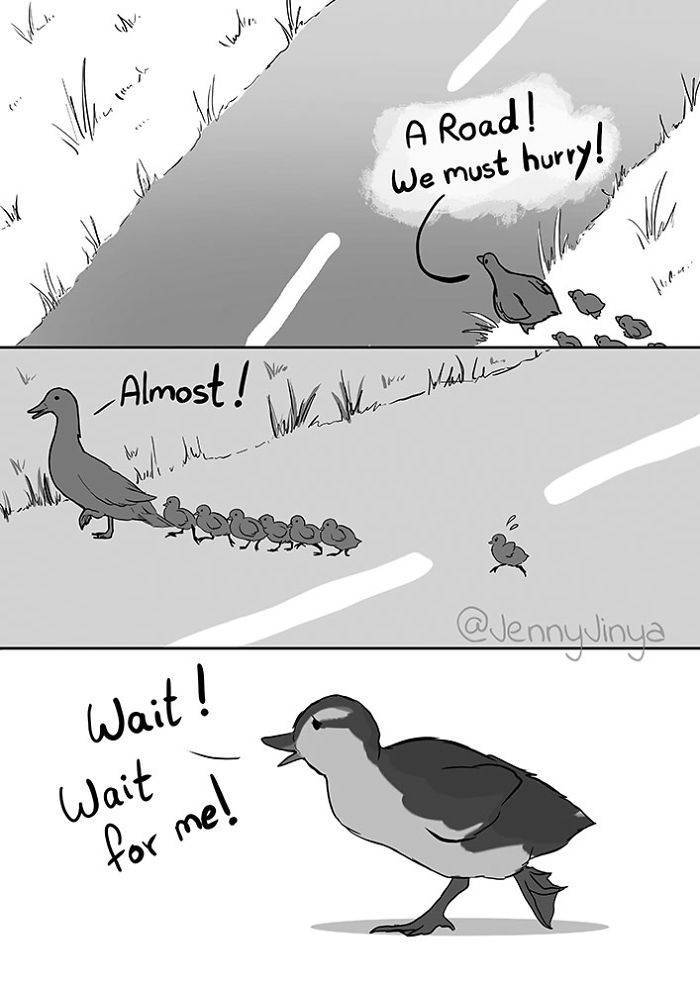 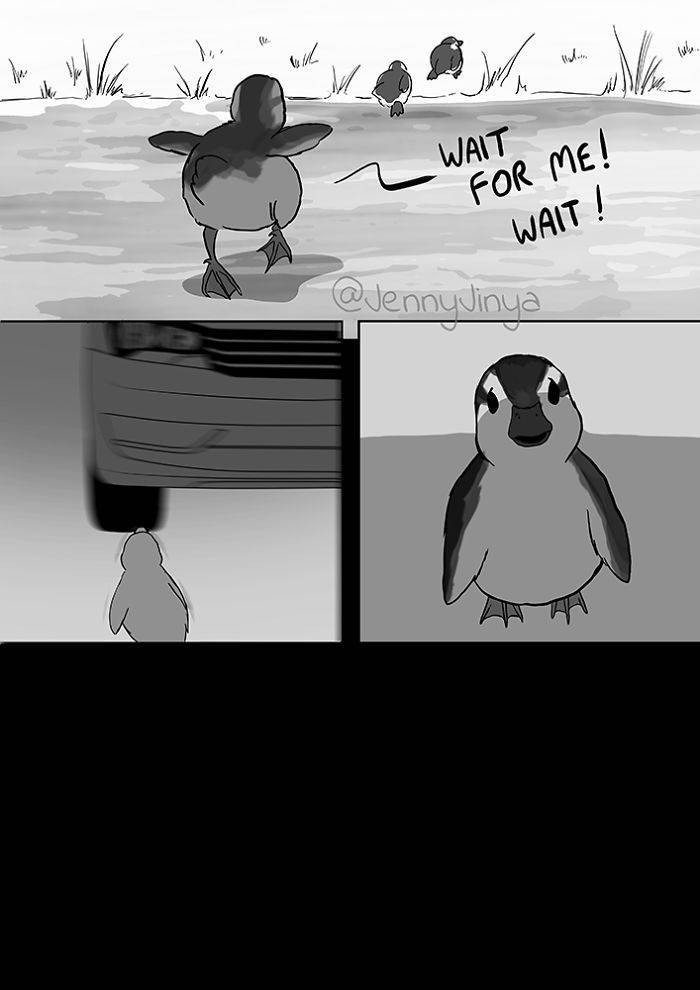 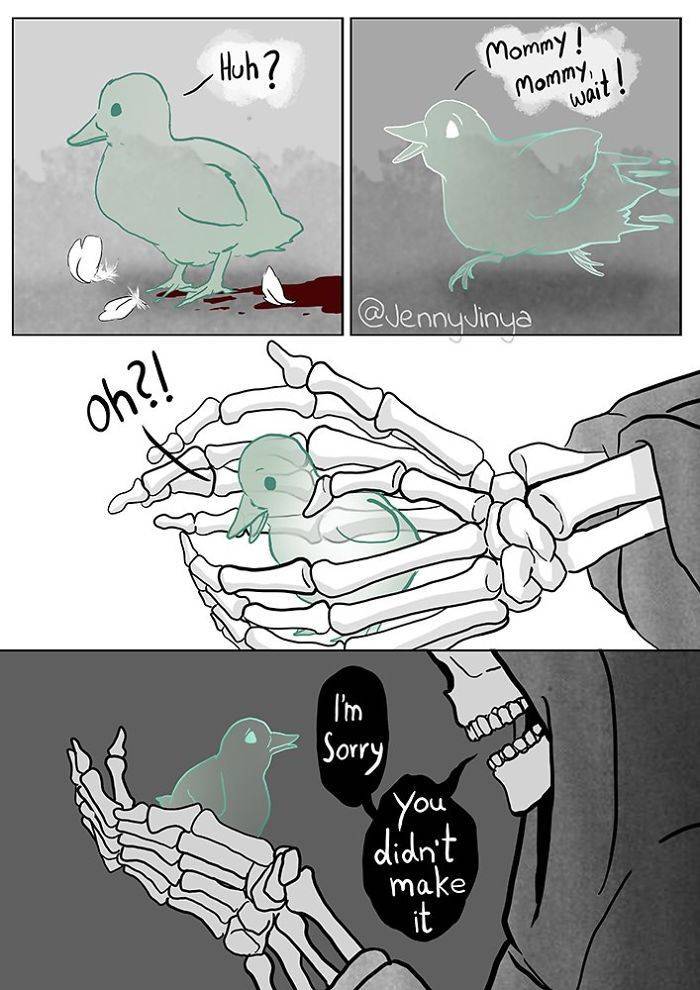 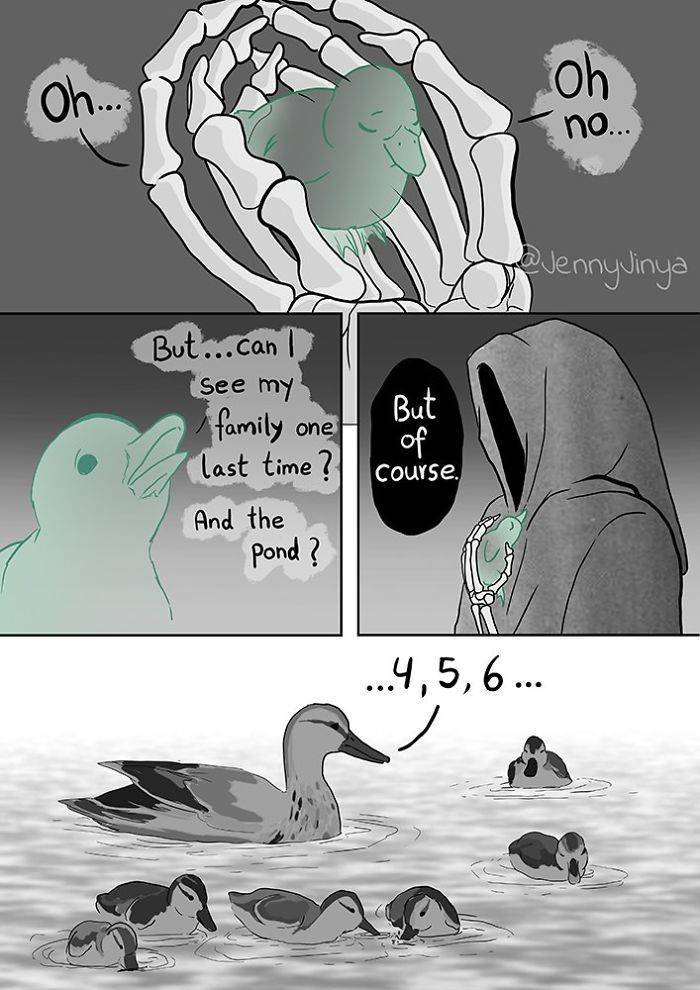 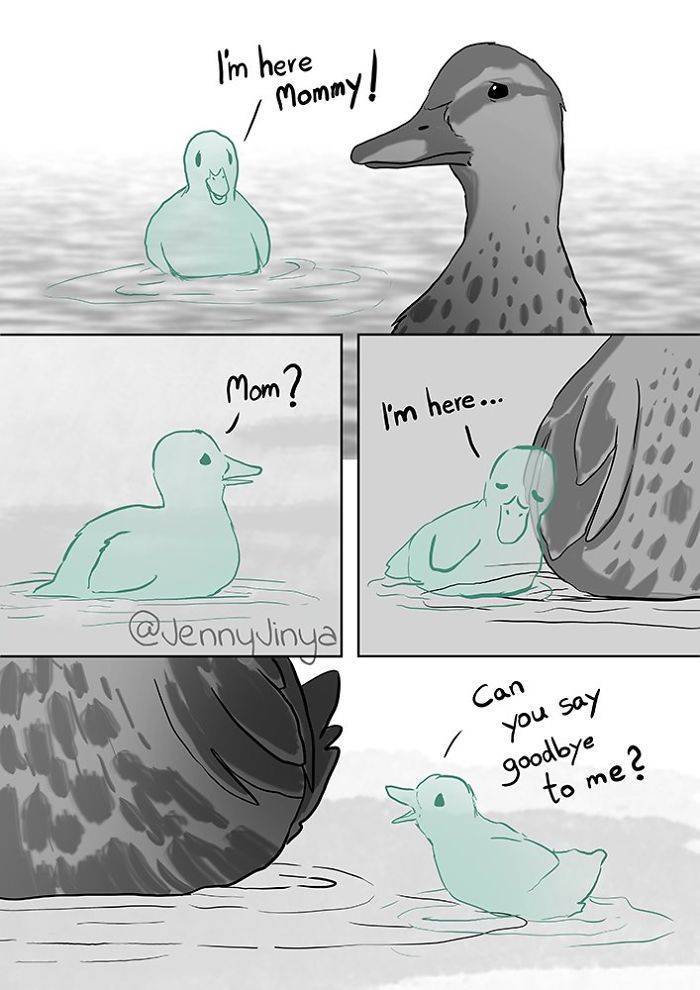 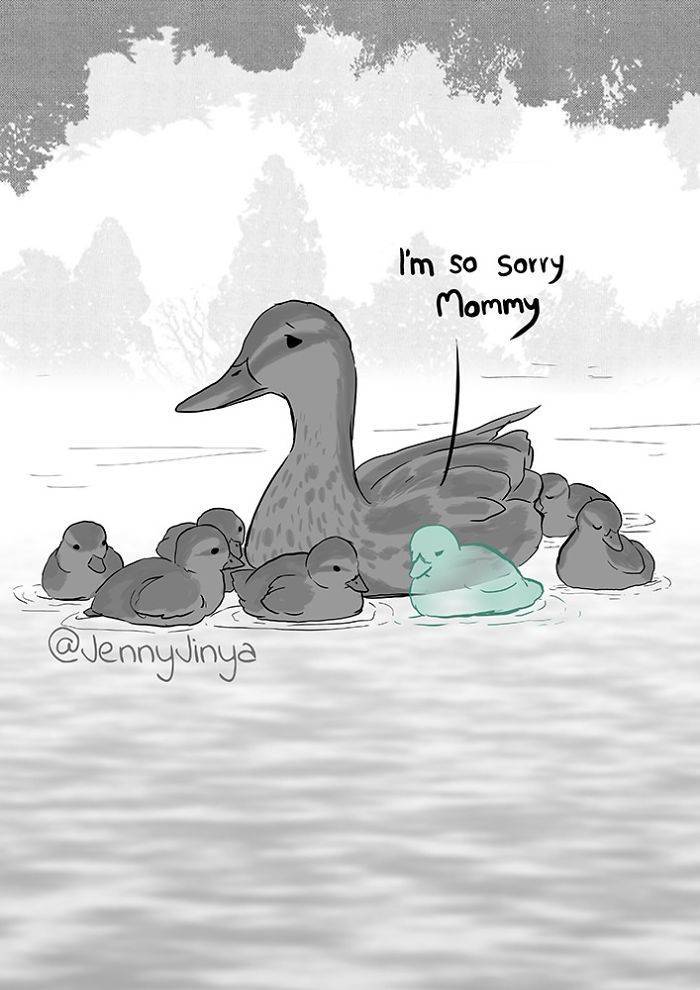 According to the illustrator, the time it takes to draw a single comic “varies greatly” from case to case. “It depends on how long and intensive I have to research for some topics. I need about a week for the drawing itself though.”

Jenny revealed to Bored Panda that drawing has been her obsession for as long as she can remember. “My mother always said I drew before I could walk. I picked up a pencil when I was a kid and I never stopped scribbling. Yeah, I always wanted to be an artist. I wanted to tell stories and create worlds.”

“But sometimes I have to take breaks, days when I withdraw from art completely,” she added that every artist has limits and needs to recharge. “Otherwise I really get a burnout.”

“Many small artists are frustrated that they have not yet developed their own style or have not yet found their niche. But that’s okay. That’s something that cannot be rushed,” Jenny said. “It sounds weird, but let your artistry speak out. Finding your own style and niche is something that takes time to develop. There’s simply no shortcut.”

Jenny explained what inspired her to draw the comic 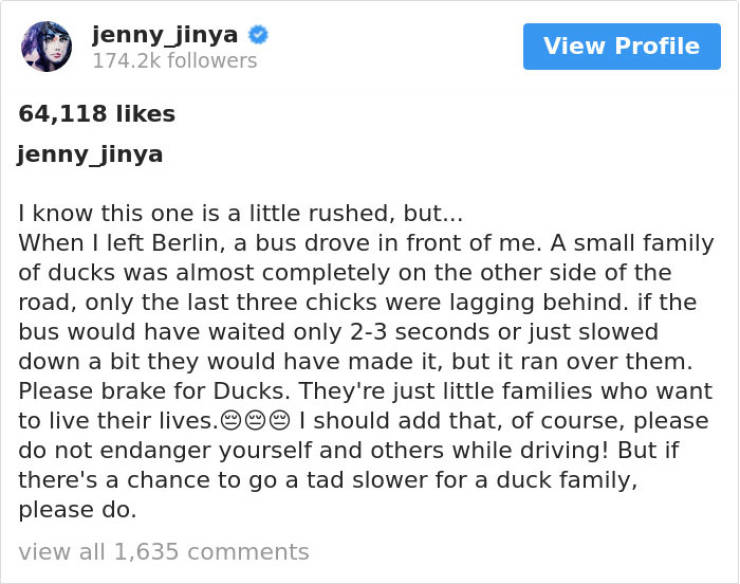 Jenny’s bittersweet comics have amassed her a large following: over 174k fans on Instagram, 140k on Facebook, and 25k on Twitter. In her comics, the German artist tackles various social issues related to animals.

In a previous interview with Bored Panda about her black cat comic, the artist talked to us about abandoned animals and how this is a big problem that needs to be addressed.

“There are dozens of posters and infographics with various statistics about abandoned or abused animals. Many know the problems, but such information is quickly forgotten,” Jenny explained to Bored Panda. “I try to give a voice to the victims with my comics. I want the affected pets to be able to tell their own stories. I hope I can raise awareness this way.”

According to Jenny, she likes to imagine Death as a character who “is just doing their job.”

“People hate them for what they’re doing, but in the end, someone has to do it. I like to imagine Death to be a gentle and insightful being,” she said. “For all I know, we could be part of the biggest MMORPG in the whole universe, but there’s no way of knowing it.”

“Now go and hug your pet!” she added.

Jenny is a freelance illustrator who studies Digital Media at the HAWK University of Applied Science, towards her Bachelor of Arts. She has been neck-deep in art for as long as she can remember and even had her first exhibitions at the young age of 16.

salamoon 5 month s ago
i hate it because my eyes are wet now....
Reply