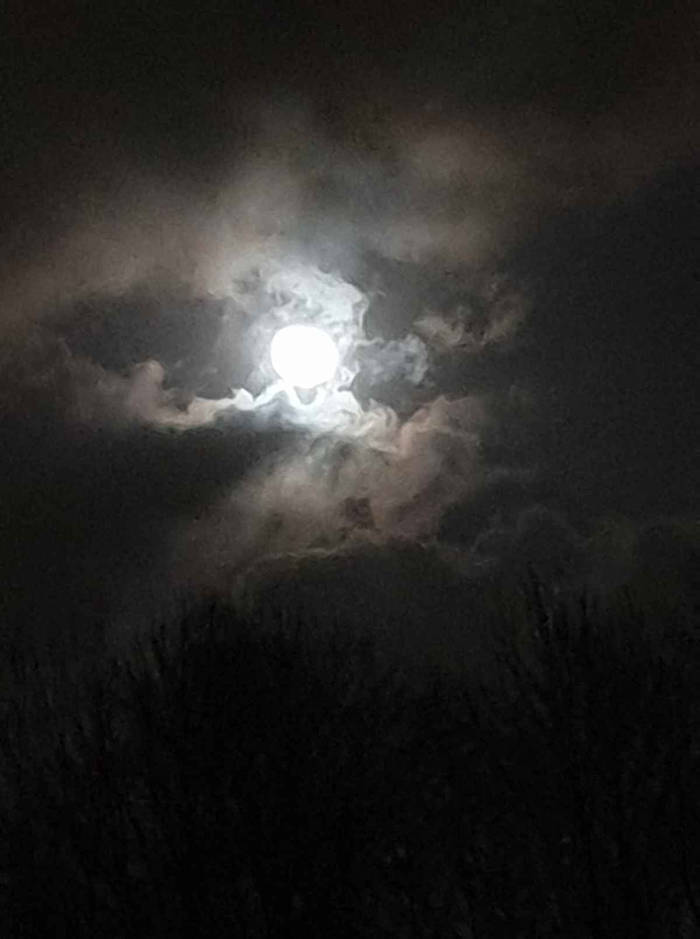 48-year-old Sarah Hodges, based in Bolton, United Kingdom, noticed the bright moon shining through her window on the evening of 11 February. Wanting to share the beautiful sight with her friends, the woman took some pictures to share on her personal Facebook page.

The photos were taken in Bolton, UK, where Storm Ciara swept through 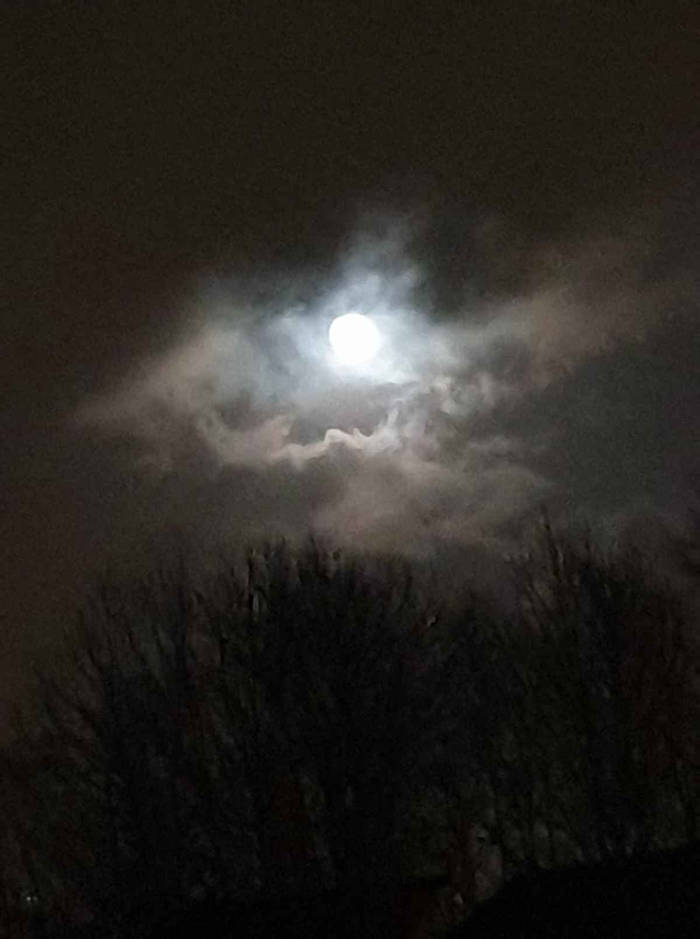 Little did Sarah know that the pictures, taken with a Samsung S9 phone, would quickly go viral, amassing over 2K likes and a staggering 35K shares, with people praising her for the mesmerizing pictures of the full moon. 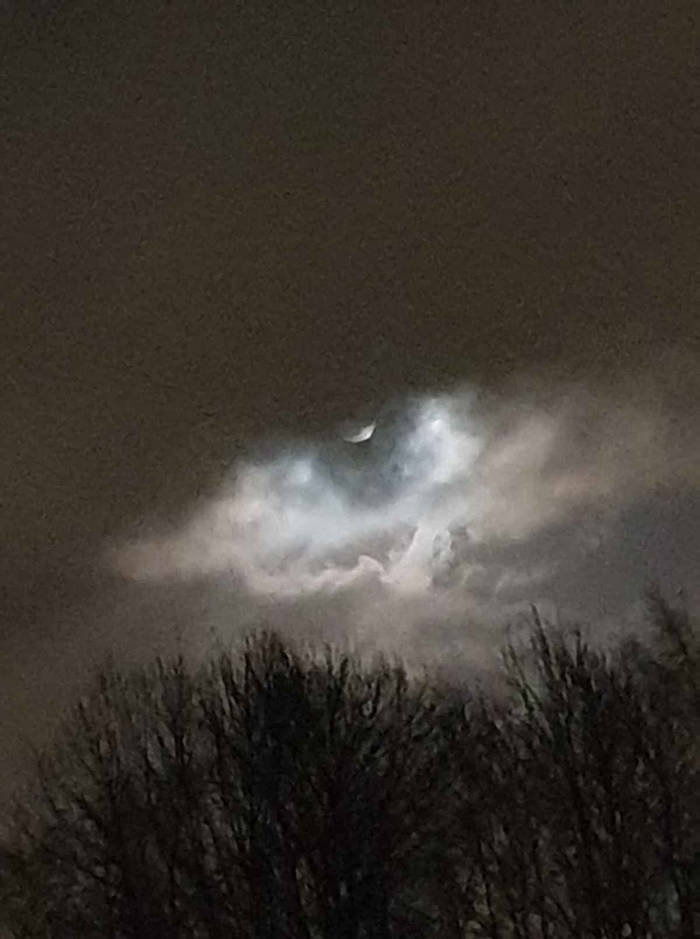 The 48-year-old, who works as a baker, told one news outlet: “I took the pictures last Tuesday 11 Feb 2020, between 9.34 pm and 9.39 pm, just from my bedroom window at my home address. I am obsessed with the moon, sunset, sunrise, and the sea. I just used my Samsung S9. I know I got lucky, people spend thousands on cameras to get the perfect shot. I feel overwhelmed and proud, as it’s a once in a lifetime shot… which I do understand.”

But over 35K people have shared the snaps already 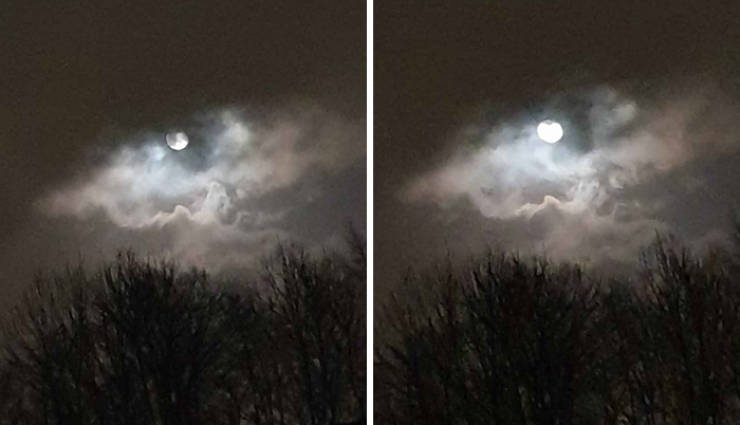 Since the pictures have circulated widely around various social media platforms, many were left in awe after seeing the beautiful snaps of the moon. “I’ve saved this image, would love it as my phone background,” one person comments. “Stunning!” another woman adds.

Many people online saw it as a religious apparition

But naturally, not everyone was in agreement 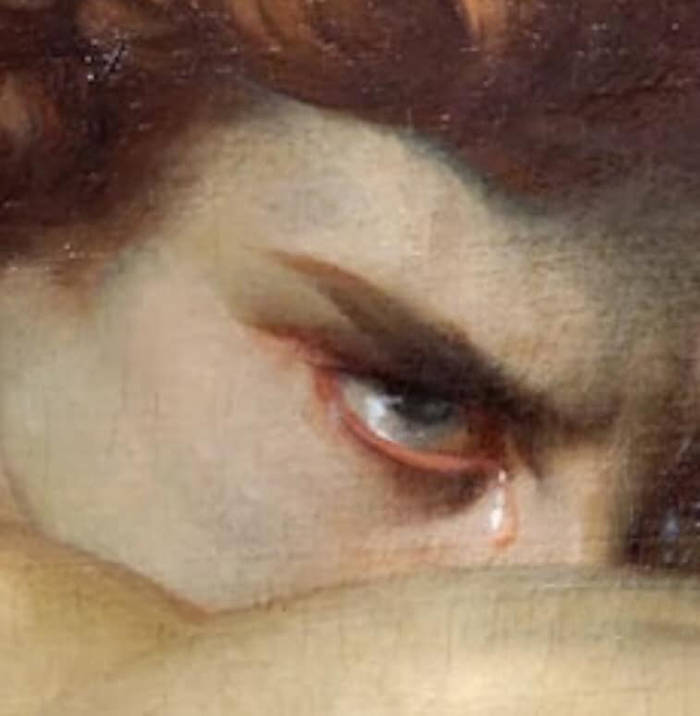 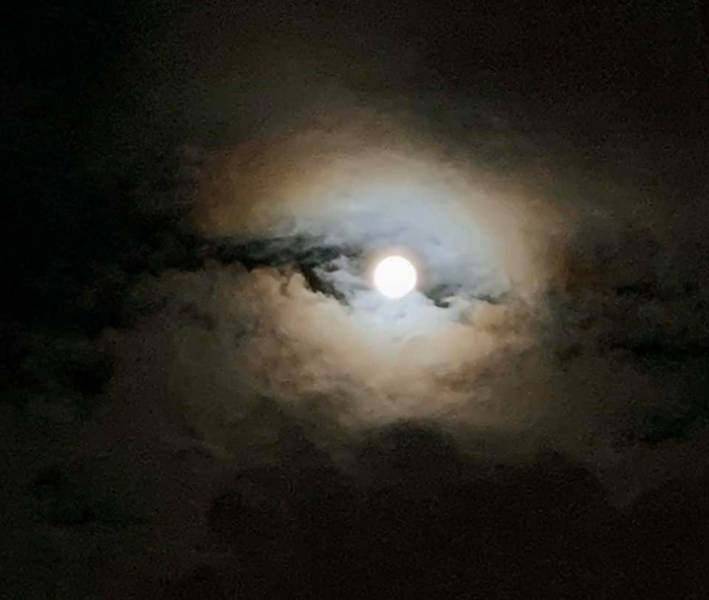 Driving 5 month s ago
Not an eye of a storm. Just some BS social media promotion of a lame picture of the moon on a cloudy night. Whoopdie friggin doo!
Reply
0

Unusual 5 month s ago
@Driving I live one town away from Bolton. Ciara came through like an angry tiger! Amazed she got that.
Reply