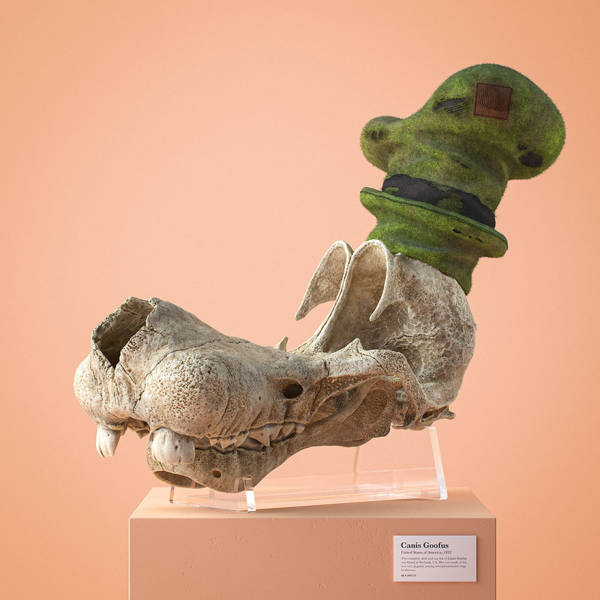 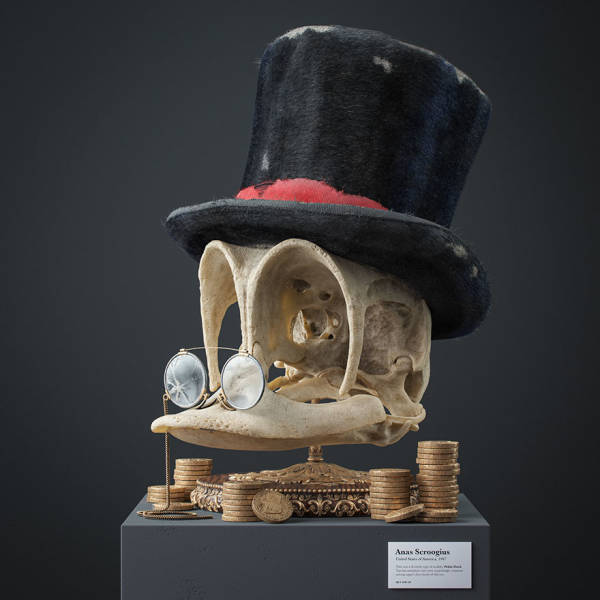 Filip Hodas confessed that “after I finished the 12-image series Pop Culture Dystopia, I was quite burned out and wanted something different.” Then Filip produced a series of colorful animal skull compositions and got on board the trend of 3D artists who create realistic cartoon characters. As a result, “I mixed those ingredients and this is what came out of it.”

It turns out that the Prague-based artist has always been into skulls. “I was really into dinosaurs and their fossils as a little kid. When I got older, I thought skulls were very badass, so I would draw them often.” When he started with 3D illustration, there was no question of what object to draw first. “Skulls were among the first things that I had at least some idea of how to sculpt. The first one I was proud of looks terrible in retrospect!” 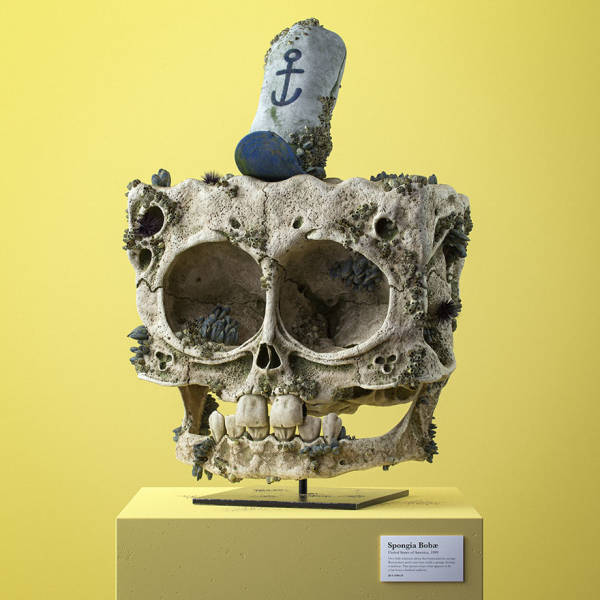 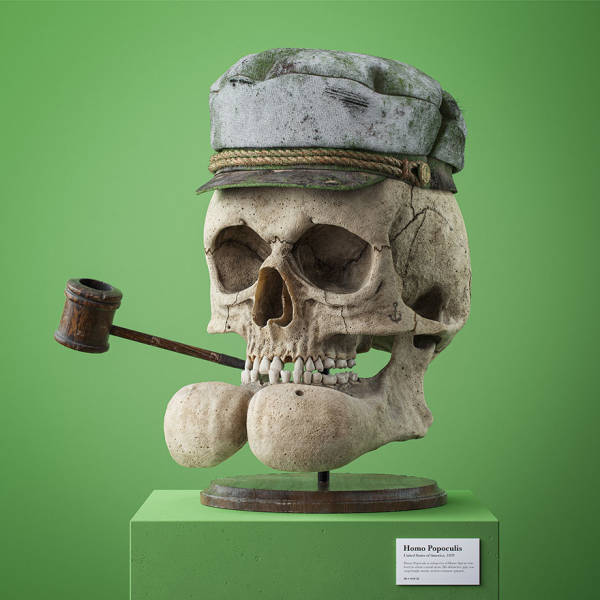 The most challenging part of the process was the original animal skull references. “The mouse skull and bird skull were especially difficult. They have all those little holes, crevices, and fine details and it’s very difficult to imagine their shape in 3D.” But the Czech illustrator didn’t give up and collected all the relevant material from universities and museum sites.

Filip tried his best to make the cartoon skulls look like they were based on their real-life counterparts. However, “I had no choice but to guess a lot of it and make some quite creative decisions.” He gave an example: “Obviously, a mouse skull wouldn’t have ears or that arching pointy part defining the eye shape, but without the ears and clearly defined eye shape it just didn’t look like the cartoon at all!” Apparently, without this creative addition, “it looked very odd and creepy!” 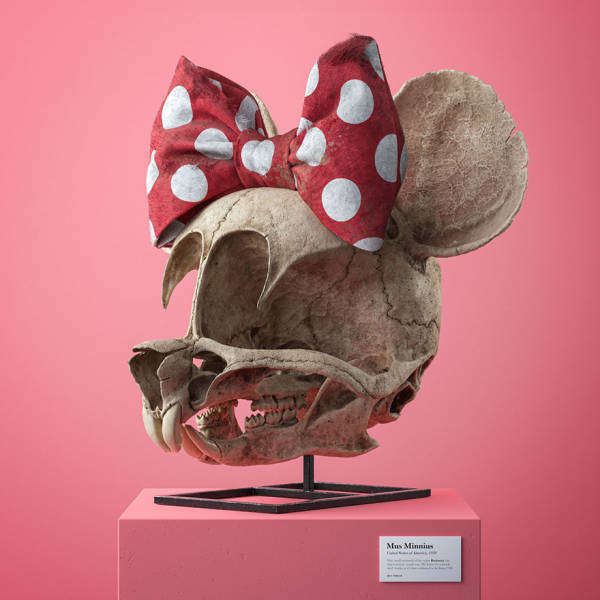 The artist prefers to leave the viewer room for interpretation since he tries not to project any deep concepts into his art. “The overall vibe I go for is to create a sense of nostalgia, recreate long-forgotten worlds and visions, and mix them up with the ideas from my mind as a kid.” Of course, there must be a “little twist or a joke here and there.” 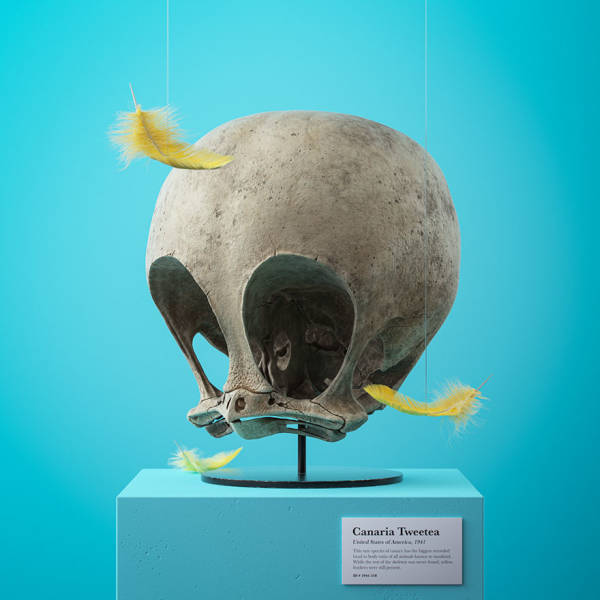