This Domesticated Raven Behaves Like He’s A Dog! (7 pics + 6 videos) 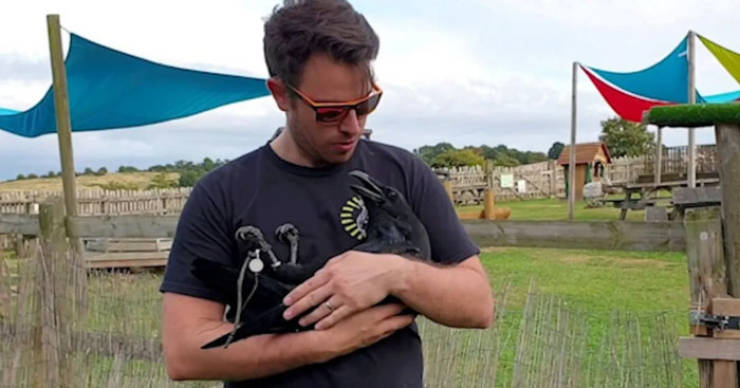 While some get traditional animal companions, others—like Elliot—go straight to the unorthodox ones

One day, Elliot was contacted by a local breeder who said that Loki’s owner had passed away and Loki, having become an orphan, needed a new home.

The story goes that the owner had passed away and his body wasn’t discovered for a few weeks, during which Loki was practically left to fend for himself. After the owner’s relatives finally found out about this, they got in touch with the breeder regarding Loki’s predicament and soon Elliot was offered to adopt Loki. 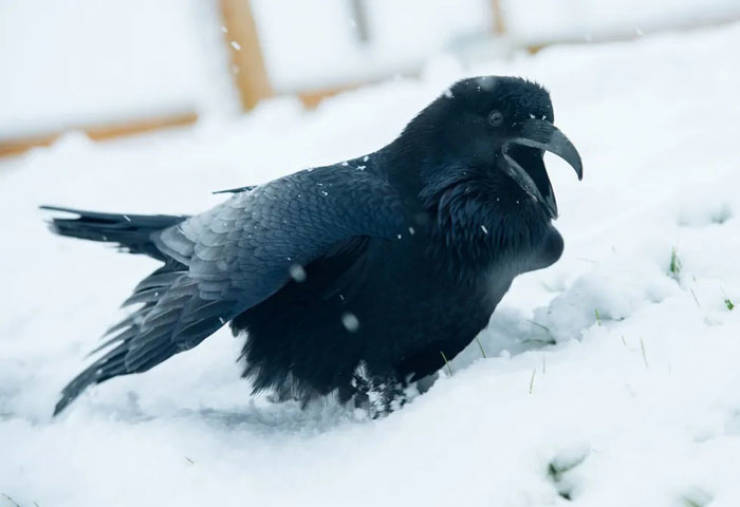 Meet Loki, a trained black raven from Essex, England with a heart of gold and a bit of a cheeky attitude 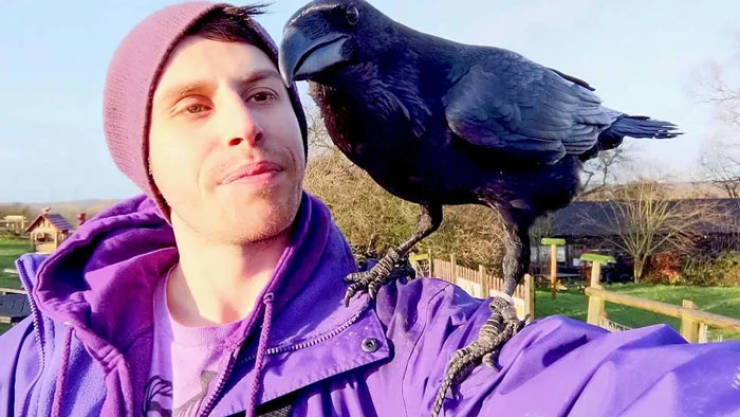 Loki’s previous owner died, and he was orphaned, but Elliot Manarin soon picked him up and they became BFFs

Elliot agreed. While the breeder said that the raven was well-mannered, it turned out to be far from the truth because Loki was extremely aggressive due to his chronic anxiety. The bird was weak, both physically and mentally, and seemed to be afraid of humans—that was probably why he tended to lash out like that.

However, Elliot spent years building up a bond with Loki, putting in heaps of hard work, love, and attention. And it paid off as now the two are inseparable friends who share cuddles, conversations, comfort, play games, and make a little bit of mischief along the way. 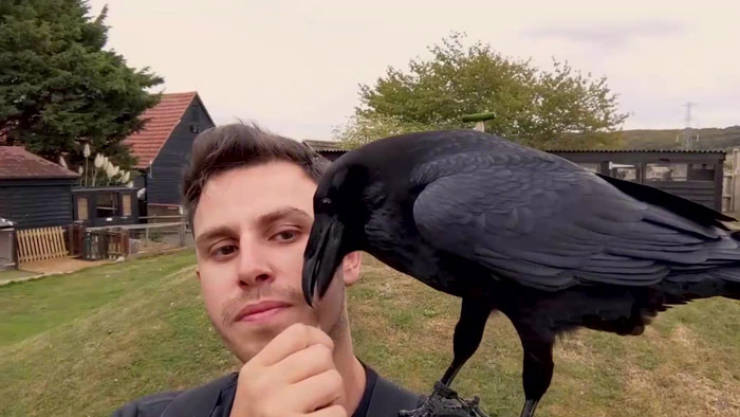 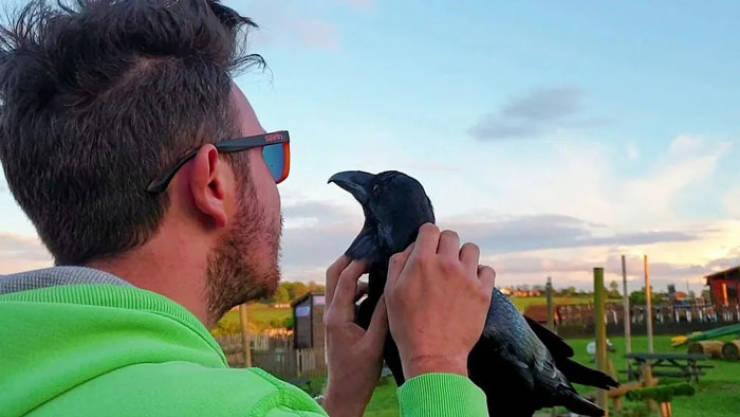 Manarin explained that Loki has a unique character—and a lot of it, in fact. They often exchange gifts and Loki is very fond of puzzle games. Above all, the raven is a bit of a mischief-maker as he likes to undo people’s shoelaces in hopes of causing them to trip and whatnot.

Moreover, Loki’s a bit of a thief. He’s known to steal everything from money to food—if it can fit into his beak, it’s his for the taking. Also, Loki is a smart little critter and he will trade in what he stole for a treat.

What is most interesting is that each stolen item has a unique “buy-back” price. For example, a cleaning sponge is worth 3 grapes, while a padlock is worth a chocolate biscuit. So it seems that Elliot has to have all of those things around in order to buy back the things Loki steals on the regular. 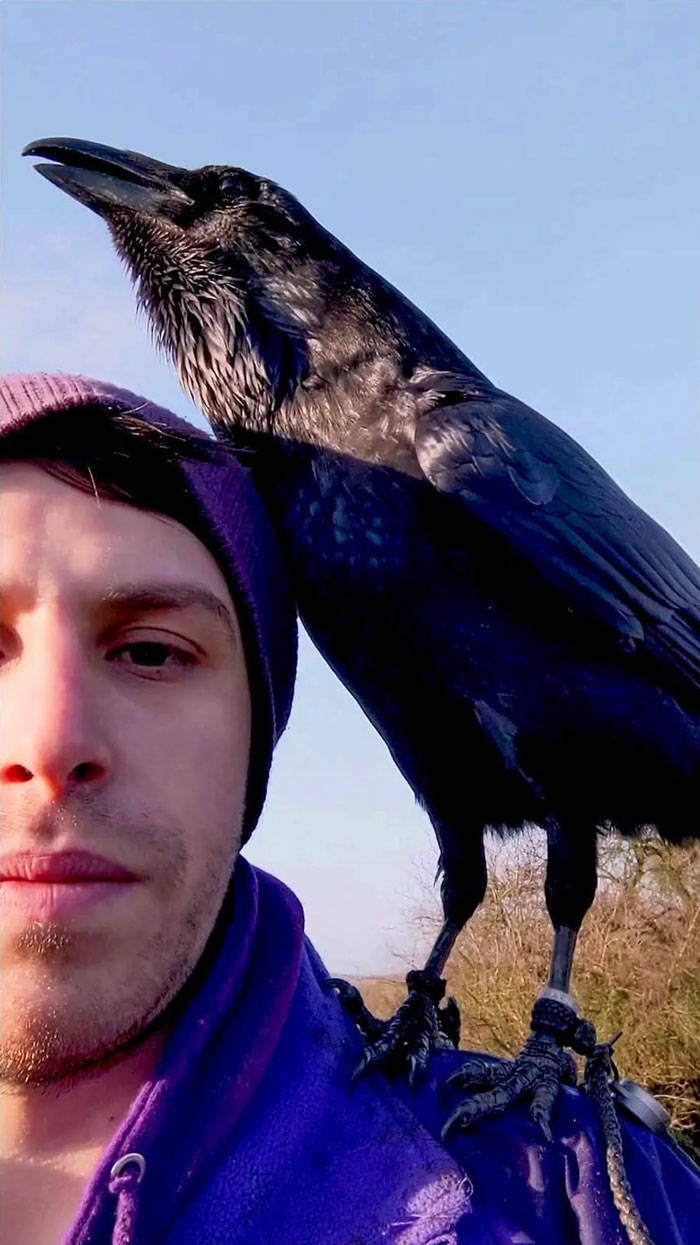 It was hard at first as Loki was aggressive and anxious, but years of hard work lead to an amazing relationship 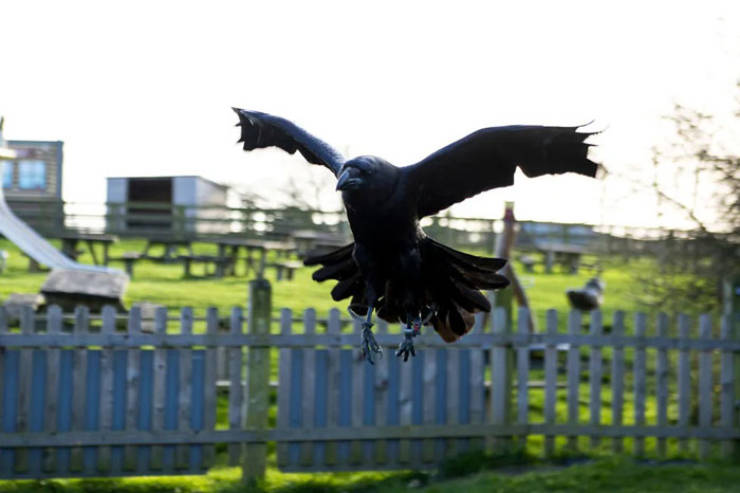 Elliot said that Loki is very human in his emotions, intelligence, and social life, of which there is a lot

Loki is also very chatty. Whenever Elliot strikes up a conversation with him, the raven always has something to say, leading to the iconic “click” and “gwah” exclamations that people best know him for. It’s fun to see the two have a deep conversation.

Having lived with him for a few years now, Elliot explained that Loki has become more than just a bird, exhibiting more human traits than animal. Not only does he show complex emotions (including jealousy, anticipation, and joy) and surprising problem-solving skills (expressed through games), but he is also highly sociable and even seems to consider it a priority.

When it comes to socializing, Loki tends to spend much of his time being among people with whom he jokes around (expresses chuckles and laughs) and lets out the occasional evil laugh when he has stolen something.

*Gwah*, I mean Loki, even has his own YouTube video diary series

Check out some videos of Loki being his cute, majestic, chatty, and mischievous self

Indiana Jones 6 month s ago
Gwaaaah :)
Reply
How to comment