If You Need Something To Cheer You Up During Quarantine, Here’s A Fox Sleeping On A Tree Stump (19 pics) 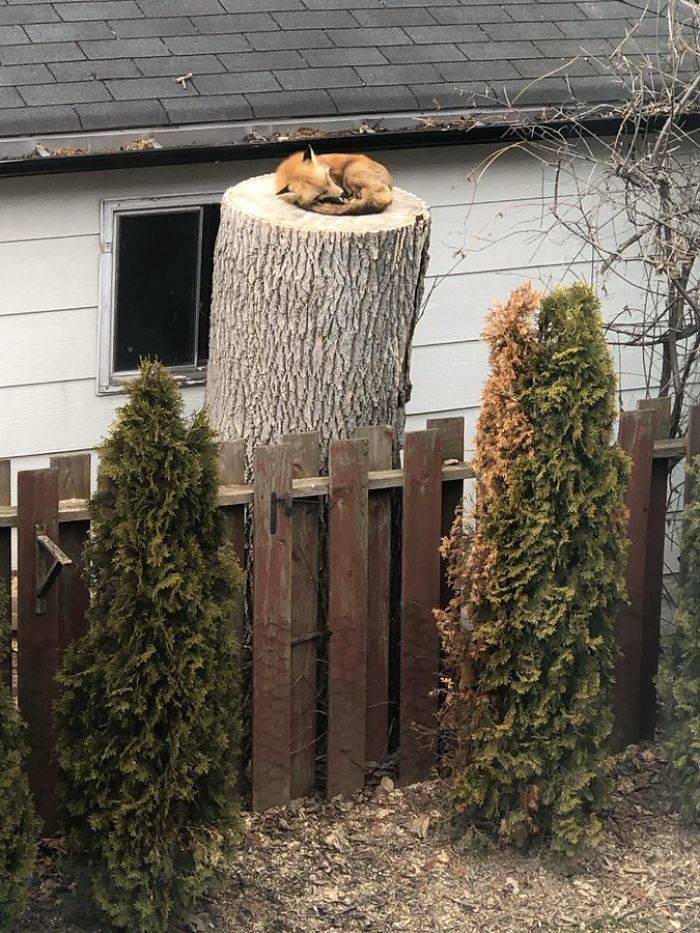 “My parents had seen her in the yard several times this winter,” Sara told. “In fact, she found one of my sister’s dog’s toys in the yard and was moving it around in the snow a few nights. The tree got cut down in late October, but they never saw her up there until the day I posted the picture. They were really surprised to see her in the daylight, let alone sleeping on top of the stump.” 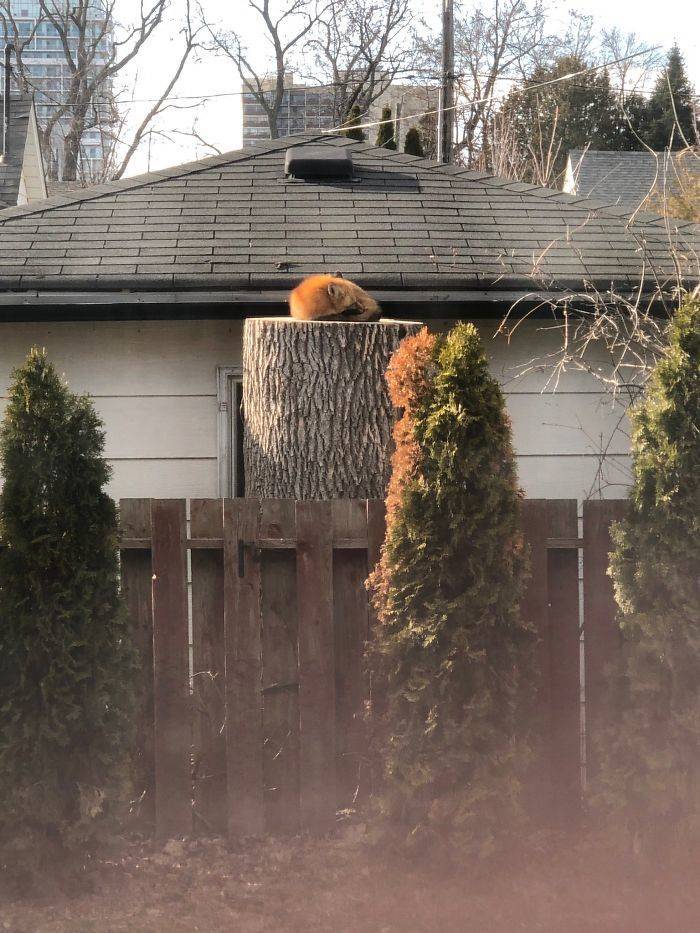 Nowadays, if the fox reveals herself, she’s mostly sleeping. “Foxes are nocturnal. She leaves at night to hunt,” Sara added. “My parents did see her running down the main street by their house, but since everyone is indoors, for the most part, she wasn’t in any danger from cars. Otherwise, she hangs out on the stump when it’s sunny – sometimes she’s there and sometimes she’s not!” 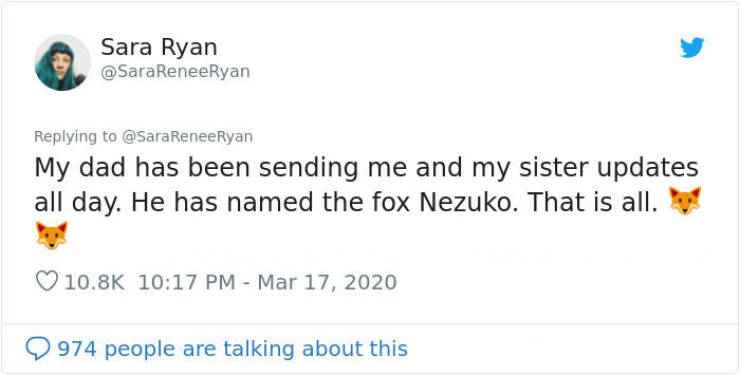 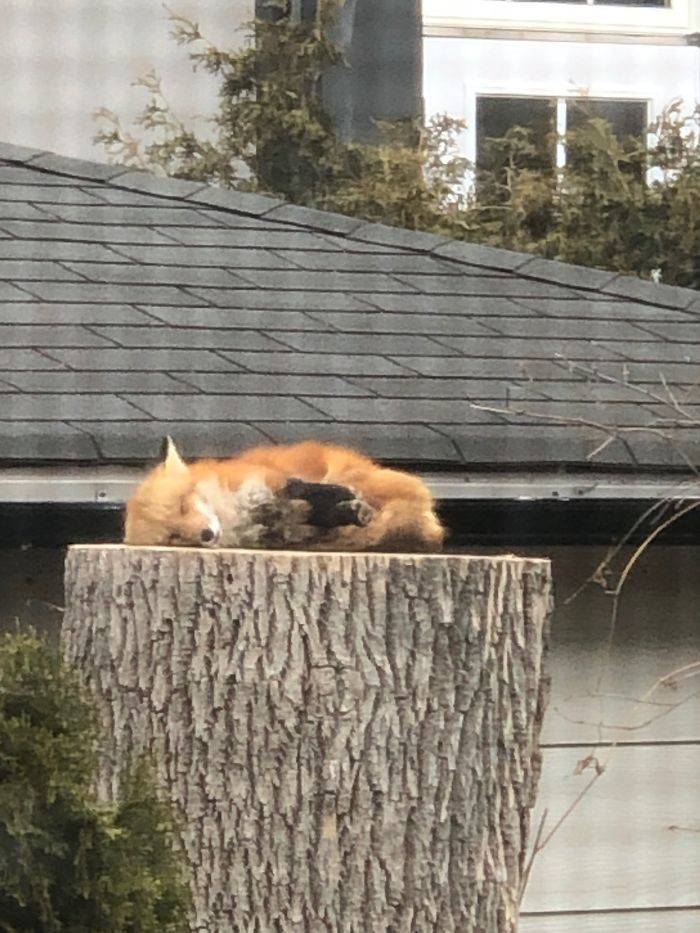 Usually, Sara’s parents try to stay out of the fox’s way. But they still run into each other! “Once, when my dad was bringing in groceries, she popped her head up from her nap and then went about napping. I think she’s relatively familiar with them now and isn’t scared by them being her neighbors!”

Sara knows how well foxes can climb trees and said there’s a garage nearby that the fox might get onto the stump from, but according to the Humane Society Wildlife Land Trust , a non-profit that protects wildlife by permanently preserving and connecting habitat, she might not even need it. Foxes can ascend trees that are straight up, and they will climb ’em to not only escape predators but also to take a nap in a sunny location, and they have been known sleep in hawk and owl nests. It’s rare, but sometimes a fox will also raise their litter twenty or more feet above ground in a hollow tree. They climb trees head first, but have the ability to descend them either tail first or head first.

“I think that she likes the spot because it’s sunny and protected,” Sara said. “She really only can be seen from my parent’s backyard, because she’s protected by the garage in the other yard. It’s a safe place to take a nap after a hunt!” 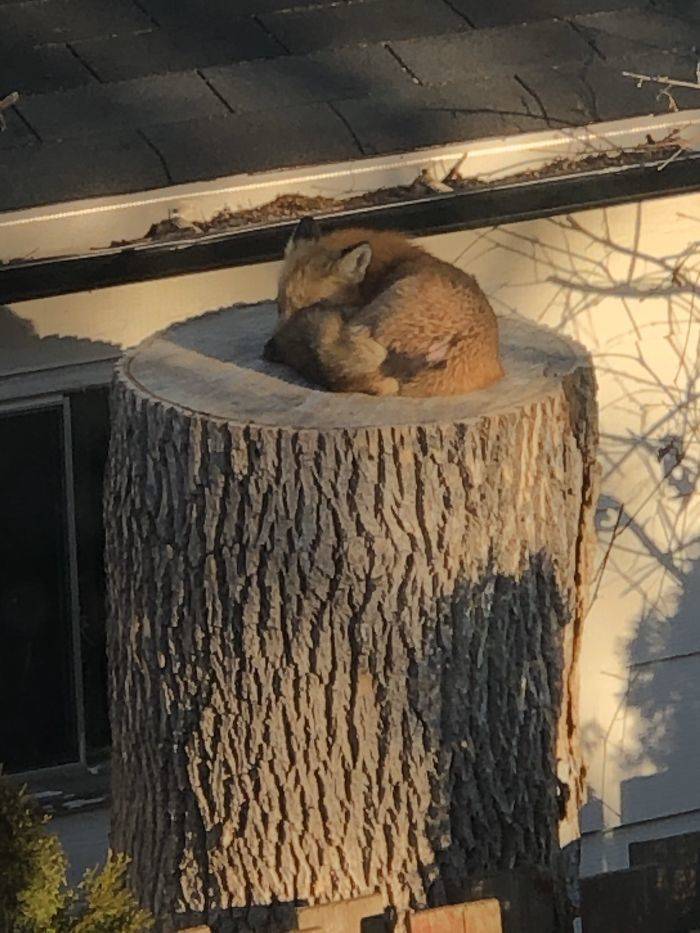 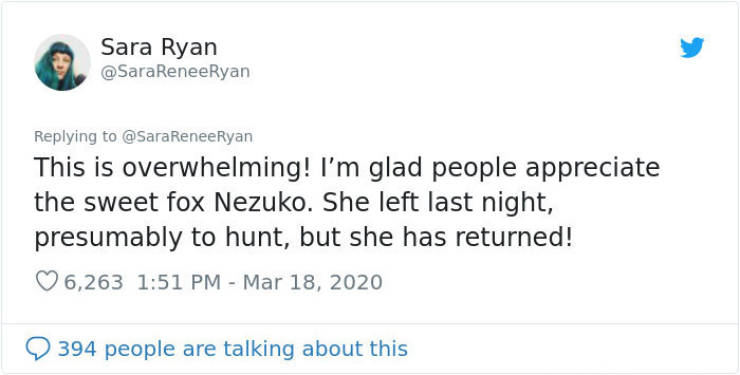 Here’s what people said about the cute little fox 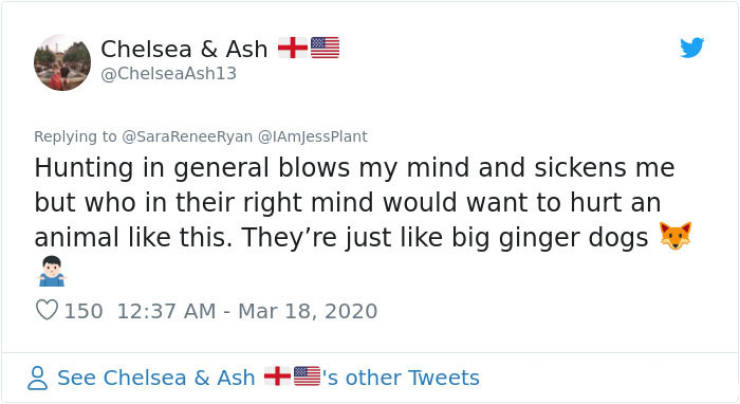 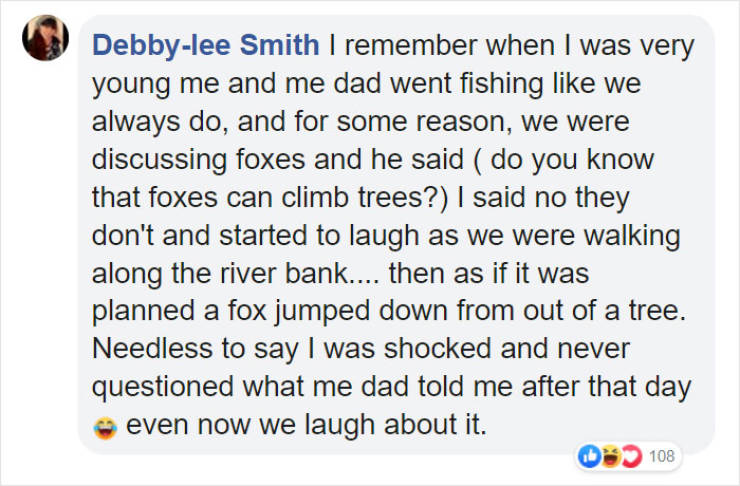 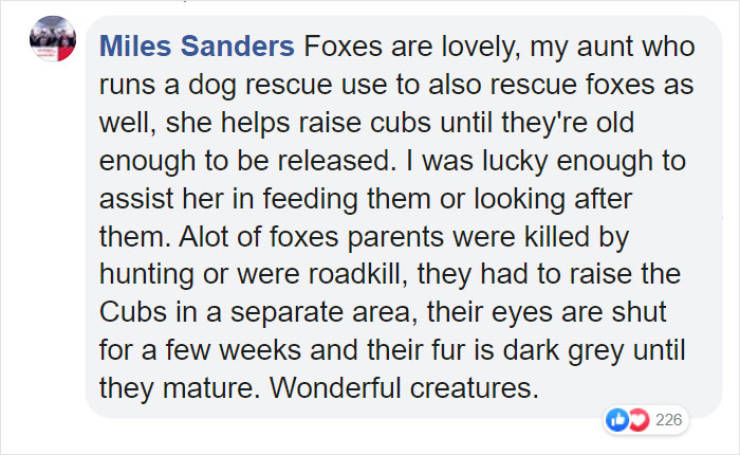 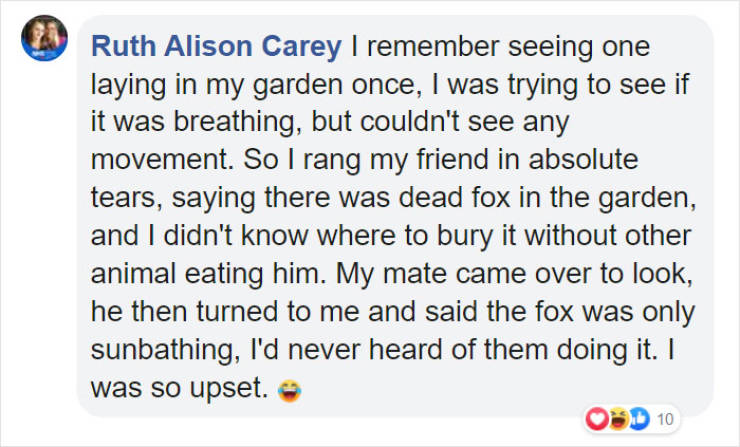