What Was In Books, But Wasn’t In Movies (And Definitely Should Have Been There) (20 pics) 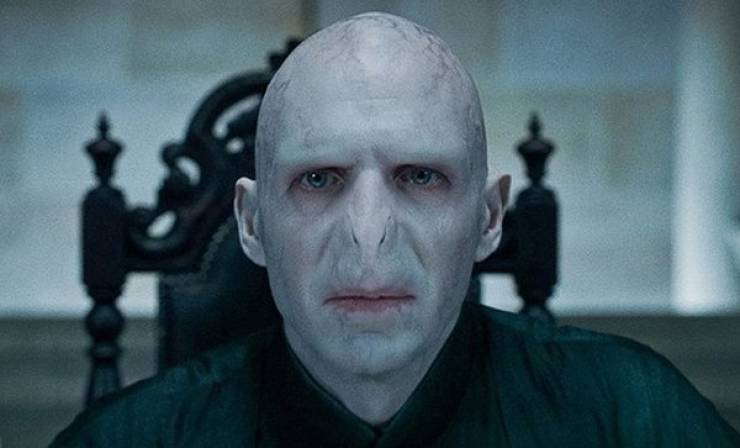 “I was really angry that in the 6th Harry Potter they didn’t show more of Voldemort/Tom Riddle’s memories. I was really looking forward to seeing them depict his family and things he did as a young man. Instead, they gave so much screen time to the annoying relationship between Ron and Lavender.” 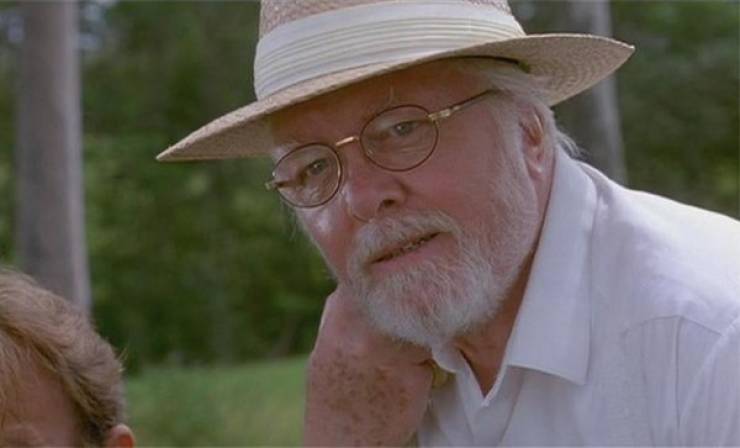 “John Hammond in the Jurassic Park movie was a misguided grandpa that tried too hard to make something special. John Hammond in the book was a rat bastard evil [email protected]#ch that got his comeuppance and I enjoyed reading him being eaten alive slowly.” 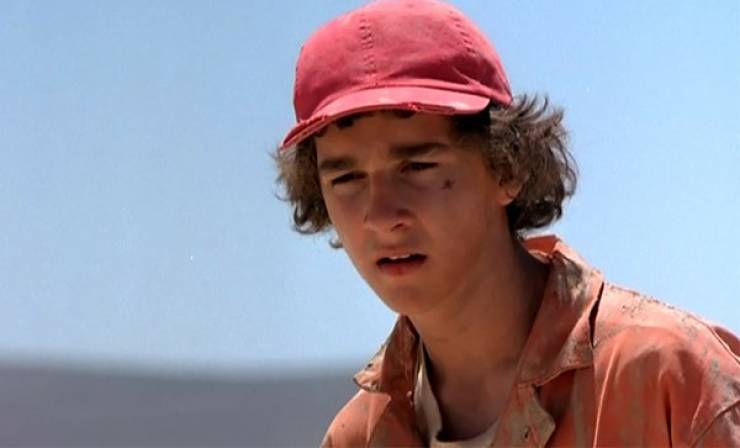 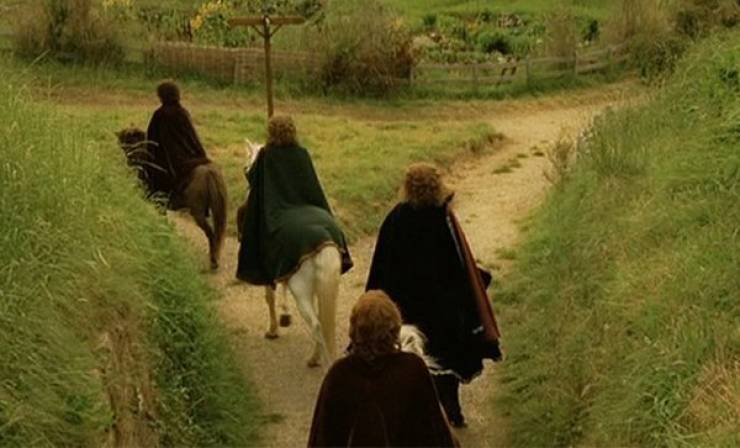 “I was really annoyed that they didn’t include Saruman conquering the Shire and the subsequent battle in the LOTR movies. It showed that the events that were happening in Middle-Earth were so momentous that even the sleepy, secluded Shire was affected. But no, in the films they had the hobbits coming back to the Shire and finding it just how they’d left it, which hit completely differently.” 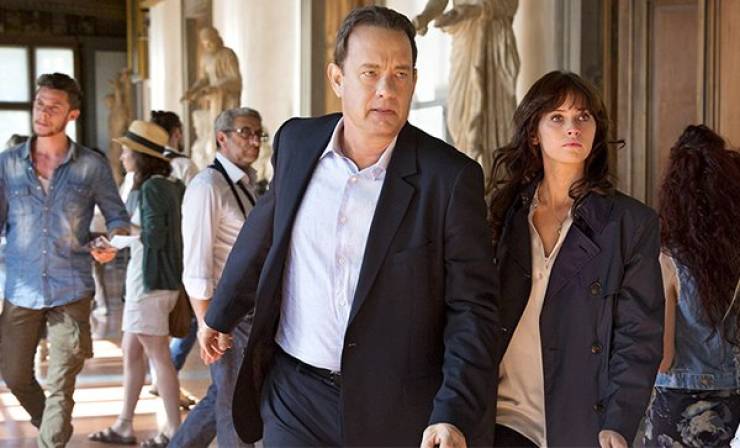 “I was so mad Inferno changed the entire ending. In the movie, Tom Hanks saves the day and stops a horrible virus from being released into the water supply. In the book, they don’t make it in time to stop the virus and it is released into the water supply. They discover that 1/3 of the population will no longer be able to have children, essentially solving the world’s overpopulation problem. The audience is then left to think if humanity should look for a cure or not.” 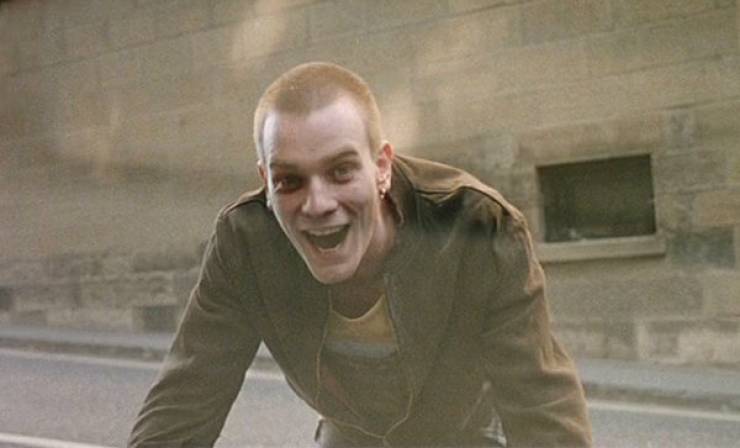 I get why they cut Renton’s brother out but they were some juicy bits. And the funeral of his brother made me nearly literally sick.” 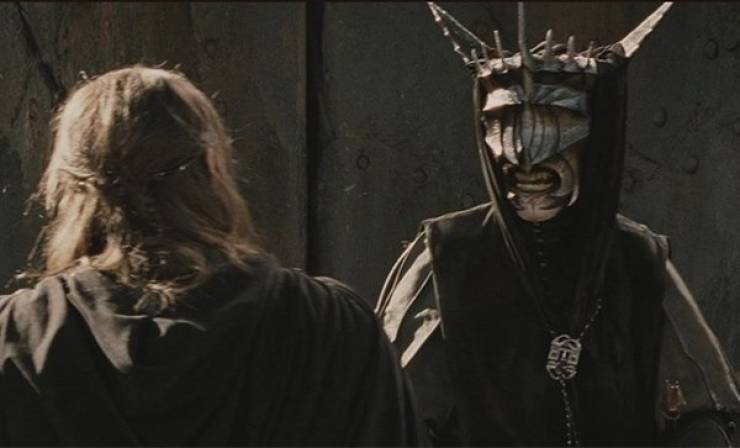 “The Lord of the Rings scene where Aragorn cuts the Mouth of Sauron’s head off.” 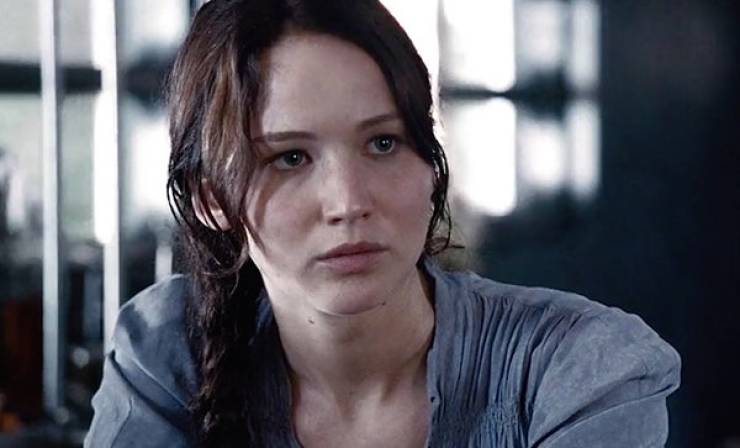 “In the first Hunger Games book there’s a large section about her struggling to find water and an emphasis on the lack of food being a danger. It got super graphic discussing her pee color if I remember correctly. It was definitely an interesting section and helped you understand what the tributes had to endure.” 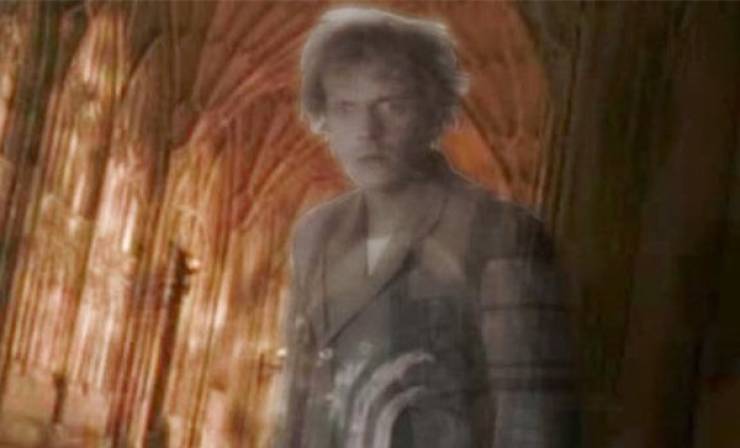 “They took Peeves completely out of the Harry Potter series. It really annoyed me due to him being in every single one of the books yet they cut him out.” 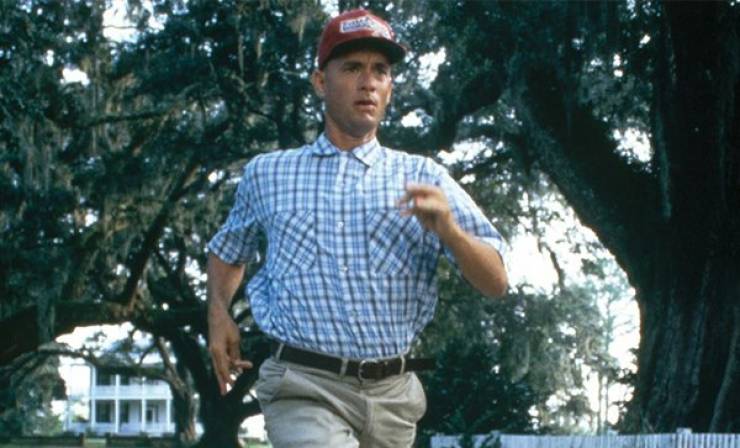 “In Forrest Gump, he joins a NASA program, goes to space with an orangutan, crash lands in New Guinea and is held captive by cannibals for four years! He only survives because he beats the cannibals’ leader at chess every day. Oh, and the orangutan becomes his life-long friend and partner in the shrimp business. And Hollywood left this out because they wanted to make room for his jog around the country?” 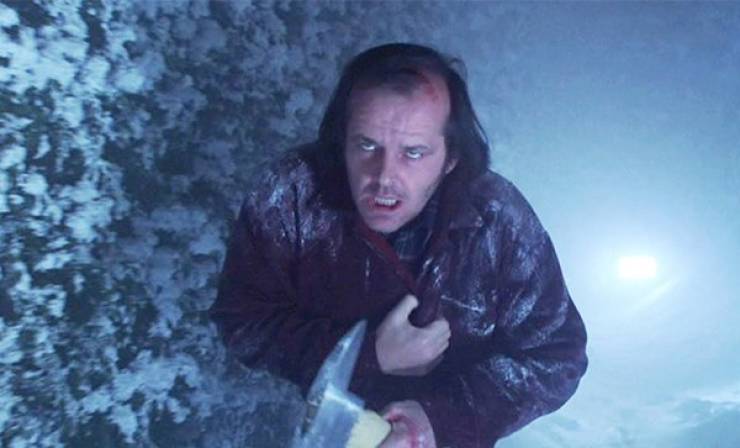 “The Topiary Animals from The Shining. It was just [email protected]#king-nerving in the book. I get how hard it would have been to film, and I get why it was replaced with the maze, but I still missed it.” 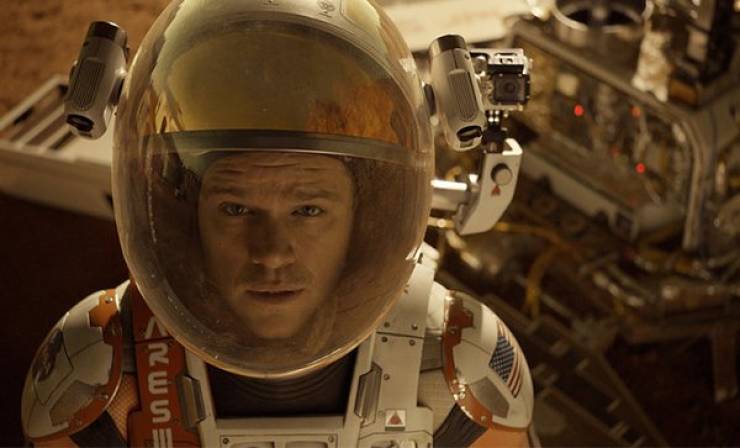 “The Martian – I was fascinated by the sand storm Mark had to face halfway thru his journey to the MAV. He had to change his course significantly. It was really dramatic the way it was portrayed in the book. Instead, the movie went with Iron man.” 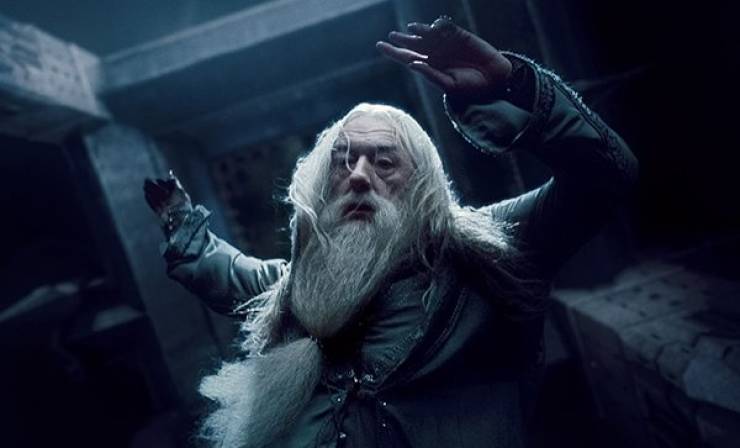 “Dumbledore’s funeral was a huge part of the 6th Harry Potter book. It was epic and wonderful and so moving as a send-off for this character we came to love over the series. The imagery and all of it was fantastic.

The movie: he dead.” 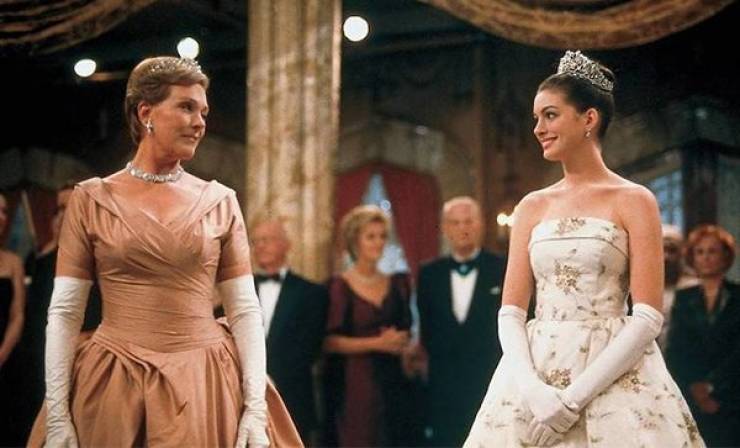 “In The Princess Diaries books, her grandmother is a horrible and mean person. It’s a big part of her character and affects Mia’s experiences. Then they cast Julie Andrews as her in the movies. Obviously they can’t make her mean.” 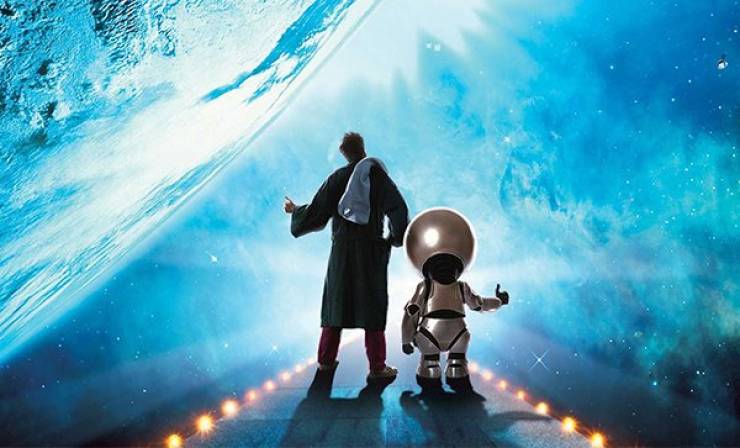 “When I watched Hitchhiker’s Guide to the Galaxy, I was disappointed that they skipped book 2 entirely. “The restaurant at the end of the universe” is my favorite book in the series and the fact that the adaptation I saw didn’t include it made me disappointed.” 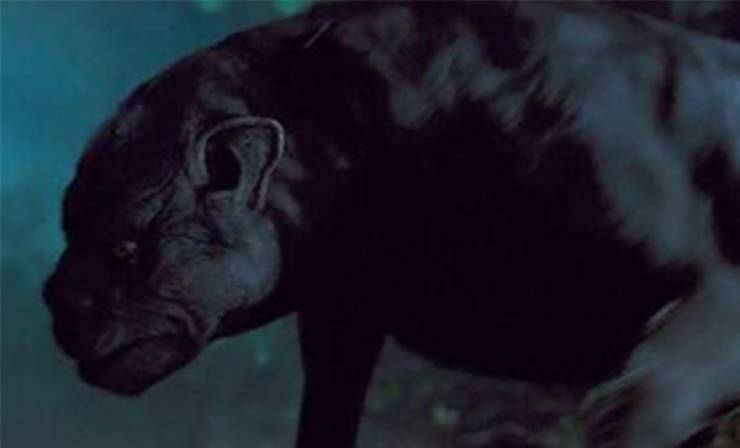 “The Hunger Games completely disregarded that the Dog Beasts were deceased tributes. That would’ve added a whole other layer of [email protected]#ttiness to the capitol for the other districts to see.” 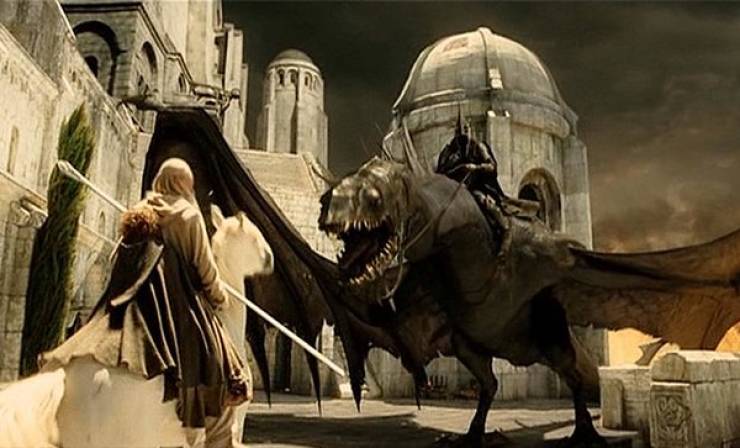 “Lord of the Rings cut out Gandalf fighting Nazgul.” 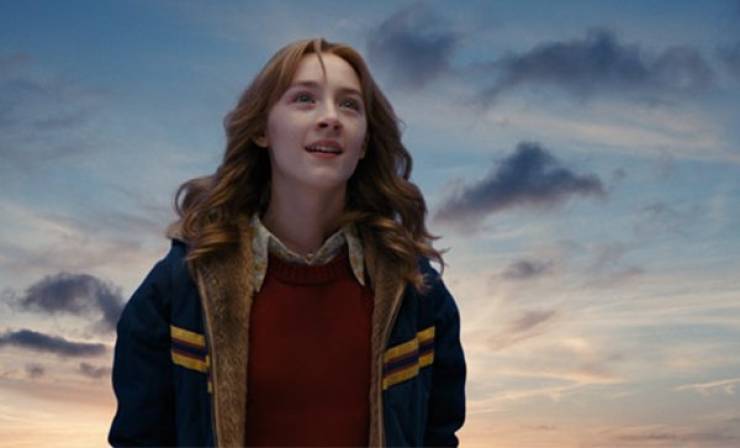 “The Lovely Bones, there’s a scene midway through the book when Susie is just doing her thing in heaven/in-between and she notices the family dog is suddenly there. He sees her and knocks her over. It’s such a small thing but it always makes me cry and I was so disappointed that the movie skipped it.” 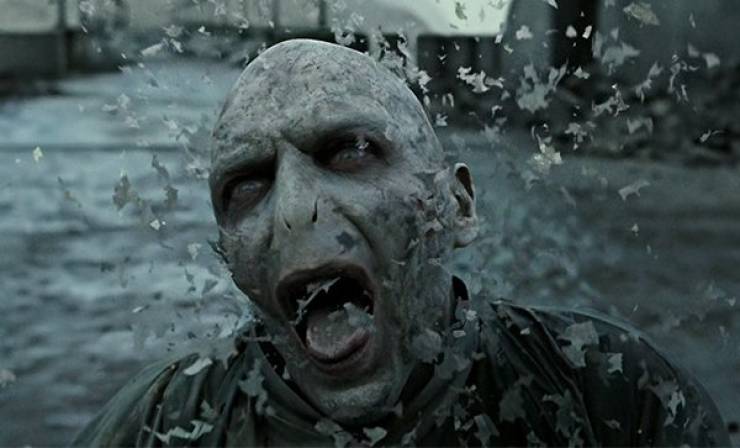 “In the last Harry Potter movie I was pissed they made Voldemort just turn into dust, the whole point was at the end he was just human, dead and lifeless – not some mystical ghost who breaks apart.” 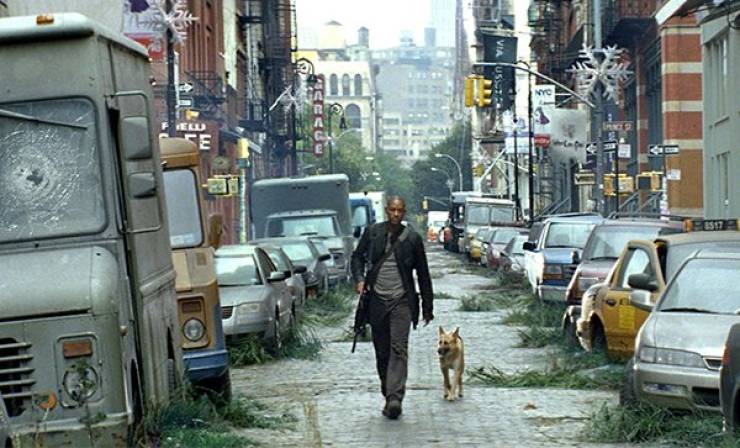 In the movie, it’s ‘Here’s a lazy action post-apocalyptic movie where it all ends with an explosion.'”

Sunlight 11 month s ago
Oh so many....
All of "The Running Man" - STEPHEN KING.
And, why oh why Tom Cruise as Jack Reacher?! There could not be more of a contrast in stature.
I mean the books make a HUGE deal about Reacher being a HUGE man... then Tom Cruise. Terry Crews would have been more suitable than Tom.
Reply
0

Mushroom 11 month s ago
in the harry potter books i always pictured peeves as some thing like slimer from ghost busters. so never saw him as human and then they cut him out all together. and cutting out the shire part in lotr just sucked it was one of the best parts of the book no one expected warrior hobbits. and we wont even talk about what they cut out of the stand or it or enders game.
Reply
1

Sunlight 11 month s ago
They always leave out the best parts of books when they are making a movie version.
Also in I am Legend Robert Neville finds out that certain things don't work against other vampires, like a person who was Muslim wouldn't fear the cross, or someone who didn't believe in God nothing had an effect on them.
There were so many things they left out
I've read I am Legend at least 20 times.
It's one of my favorite books.
Reply
0

Push 11 month s ago
The Stand, Stephen King. They haven't made it yet. Not really anyways...

Pretty 10 month s ago
If a movie is the animation of the (exact) story from a book,
(1.) Why see the movie if you read the book?
(2.) Why read the book if you watched the movie?
(3.) It could be different to preserve the copyright of the movie vs. the book by the author, in principle.
Reply
X
>
1/1
<