Toddler Girl Leaves Her Favorite Pet At The Hotel, Staff Takes It On An Adventure Before Sending It Back (9 pics)

Recently, a little girl named Juniper had lost her favorite toy, however, it found its way back to her in the most wholesome way 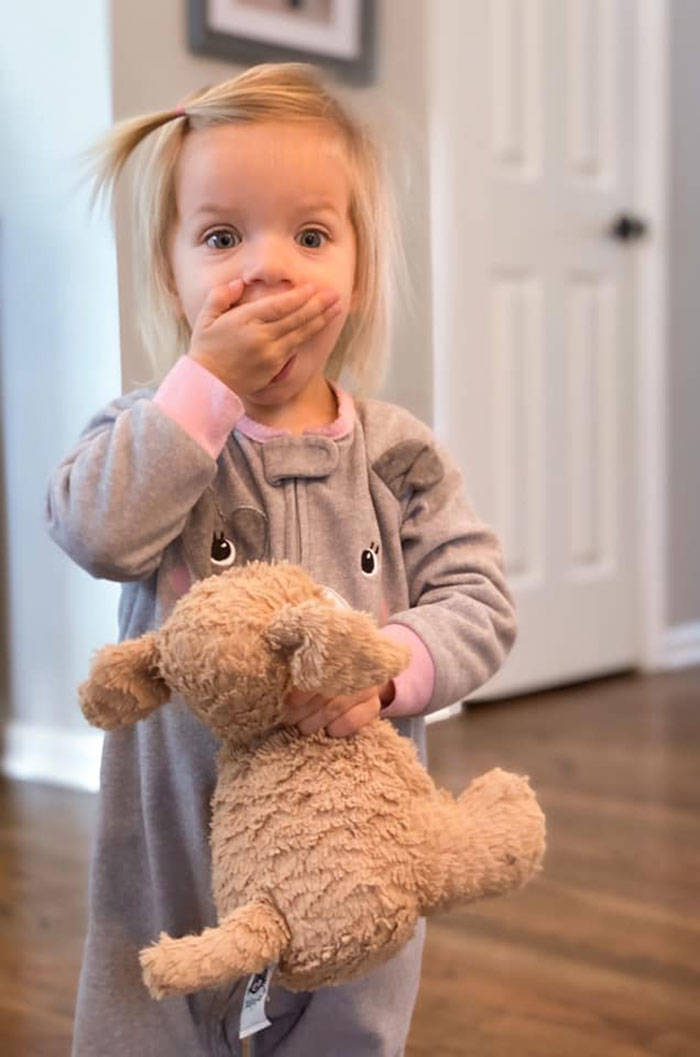 Earlier this month, Juniper’s mom, Allison, posted the story about her 2-year-old daughter losing and getting reunited with Ruff Ruff. The toy was accidentally left behind at a hotel during a soccer tournament. “We knew we left it at the hotel since we were in a hurry to leave that morning,” Allison told. According to her mom, Juniper was left in tears when she realized her favorite toy was no longer with her, so she decided to call the staff and ask if they had seen him. “They said they would check with housekeeping right away and let us know if anyone spotted him,” the mother said. 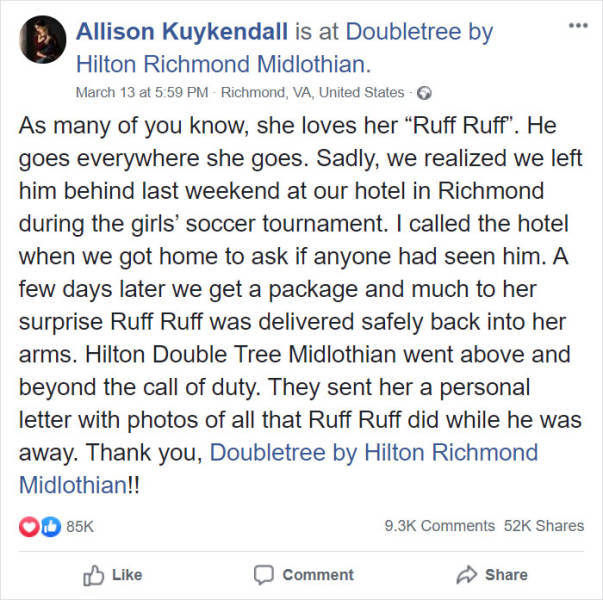 To Allison’s surprise, a few days later, the toy was delivered back to Juniper, but that wasn’t all. The employees of the hotel made sure that Ruff Ruff would have a good time while he was away from Juniper, so they took photographs of all the things he did during his stay at the hotel.

Here’s how Ruff Ruff spend his time at the hotel 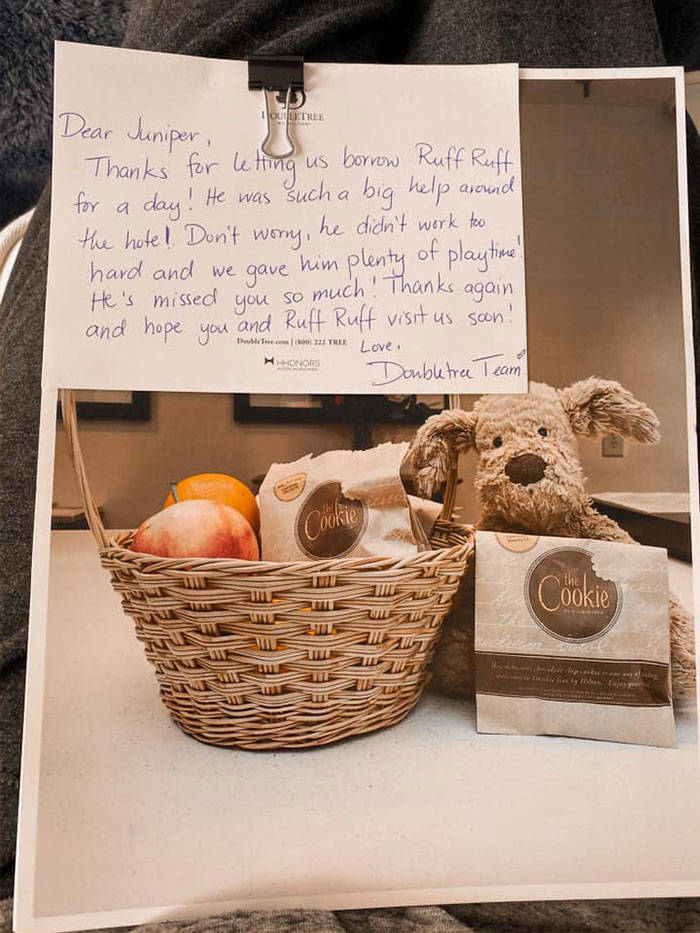 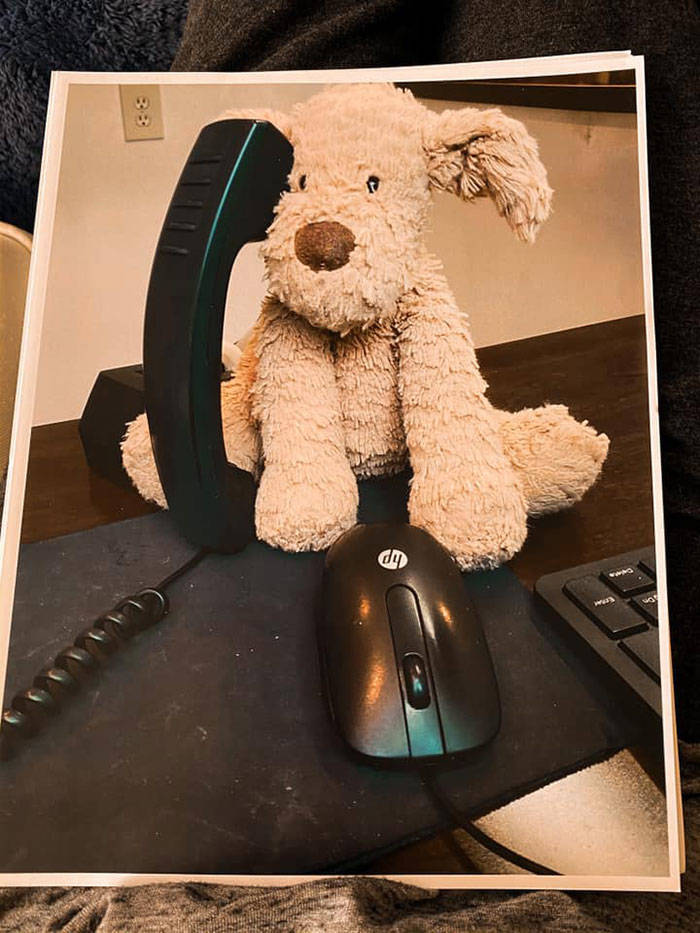 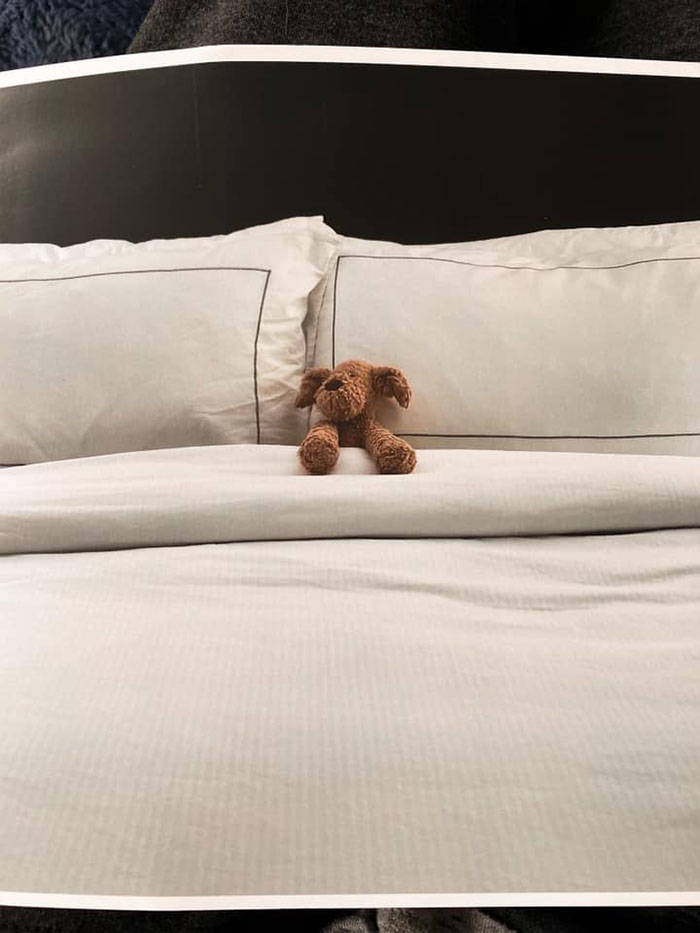 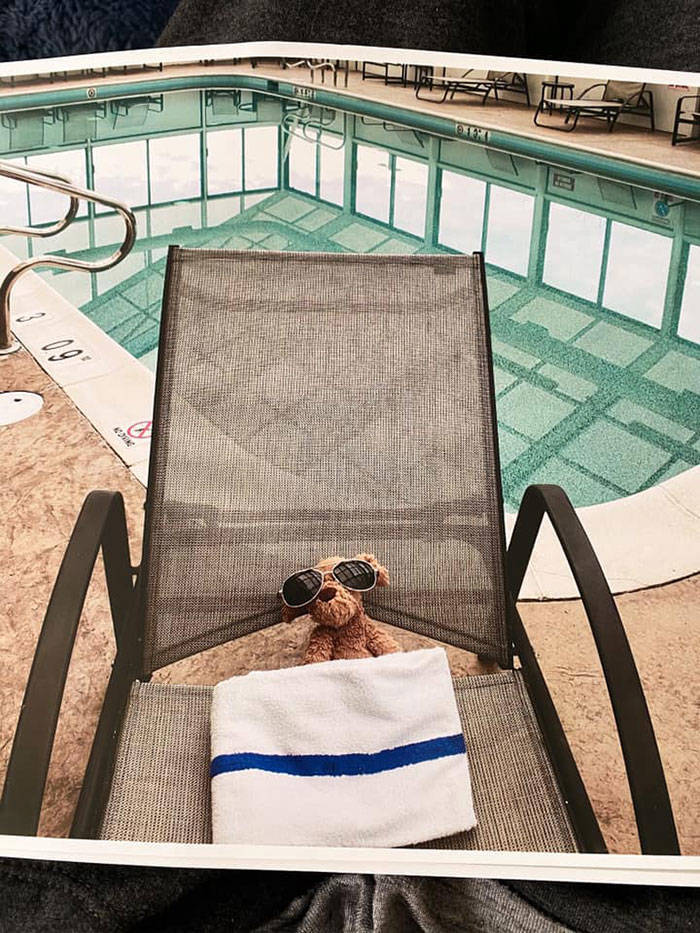 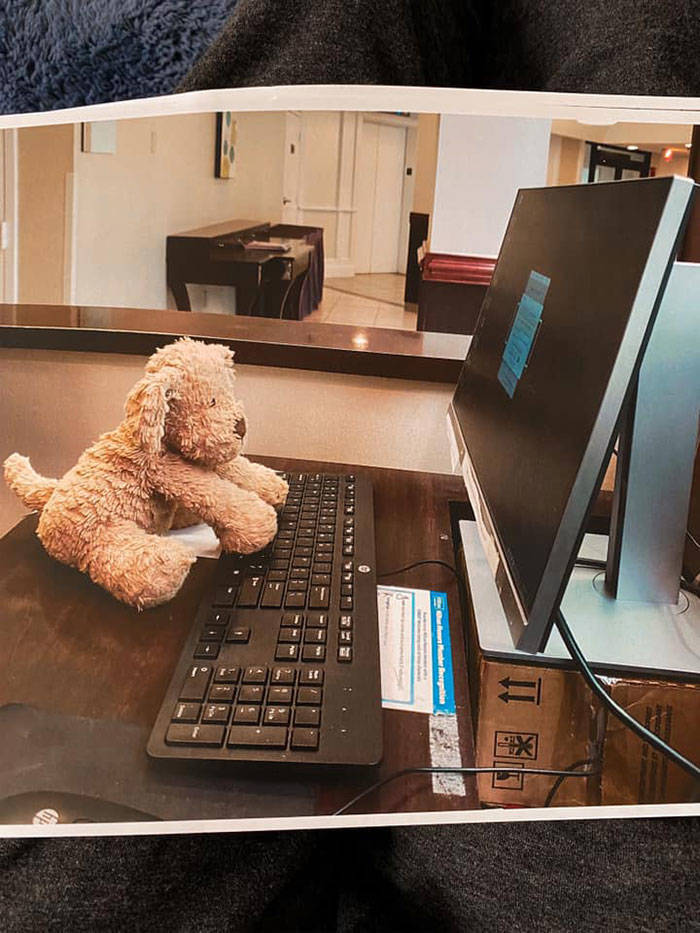 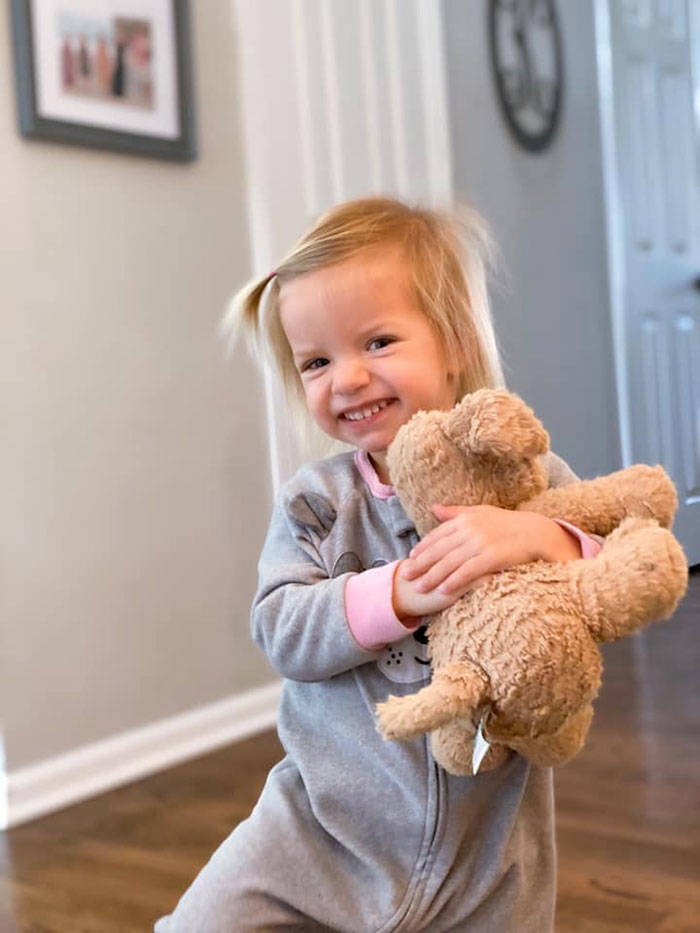 Alisson said that they “were thrilled” when Ruff Ruff was returned to them, however, the little girl was particularly moved to see her buddy back. “Juniper was shocked to find him in a box. We absolutely loved the photos!!” 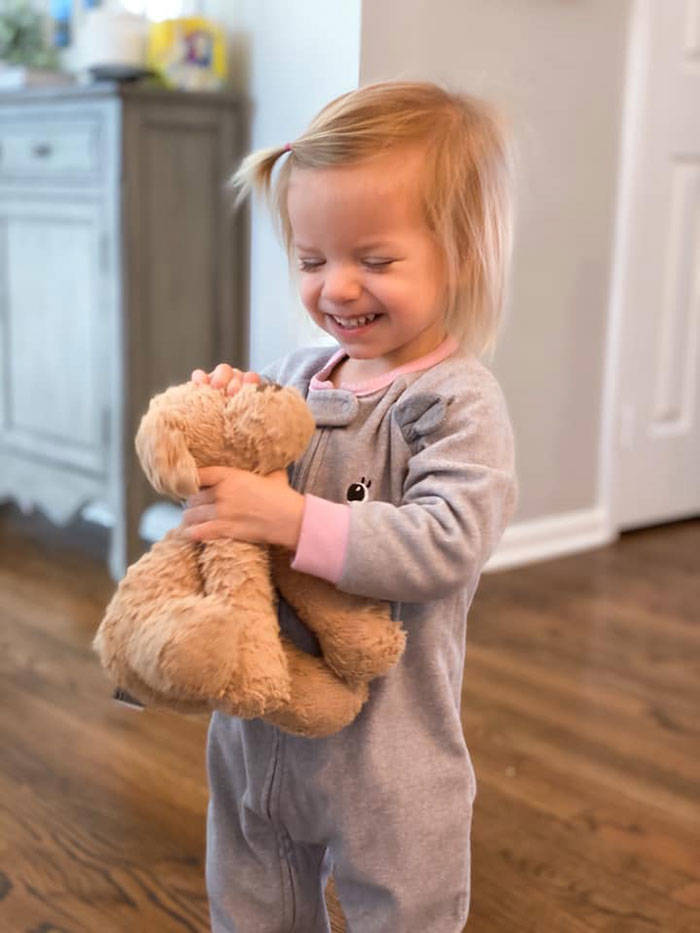 “So thankful for the staff and Double Tree and their efforts to go above and beyond the call of duty to return Juniper’s best friend. We plan on going back down to Richmond and meeting all the staff who were involved as soon as it is safe to travel again,” Juniper’s mom said.

Cream 9 month s ago
I once had a terrible stay at a DoubleTree and swore I would never stay there again. This changed my mind.
Reply