Man Builds Beautiful Cat Towers, And Now Everybody On The Internet Wants Them (21 pics)

Rob Coutu from Windsor, Connecticut, just wanted to do something special for his cats. He says that the project amounted to somewhere around $3,500 plus the tons of labor he has put in. 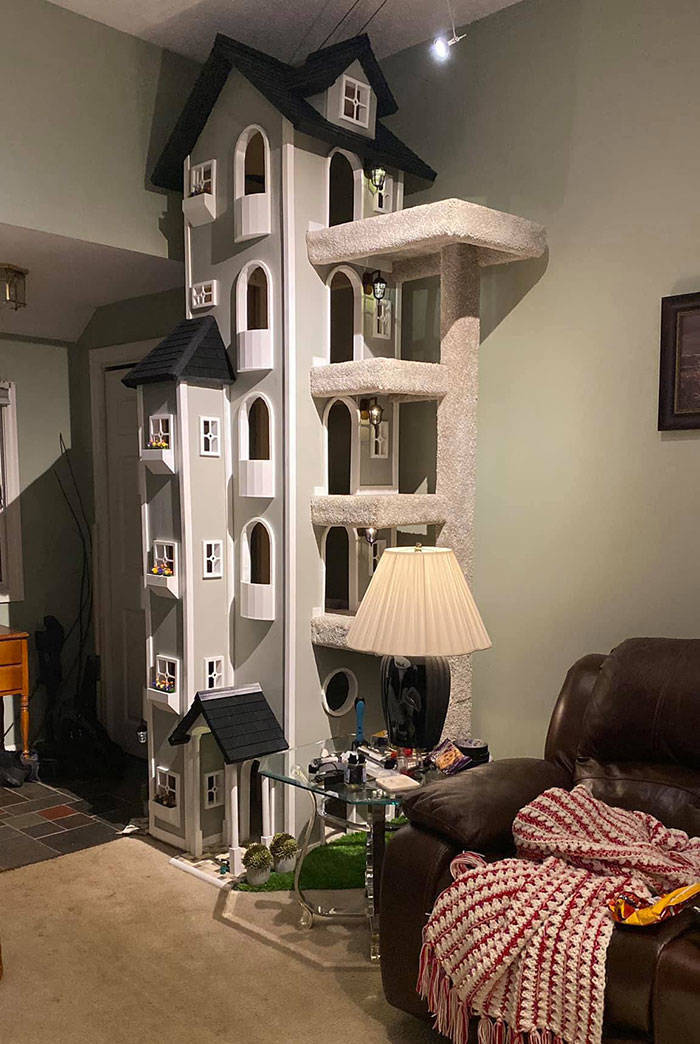 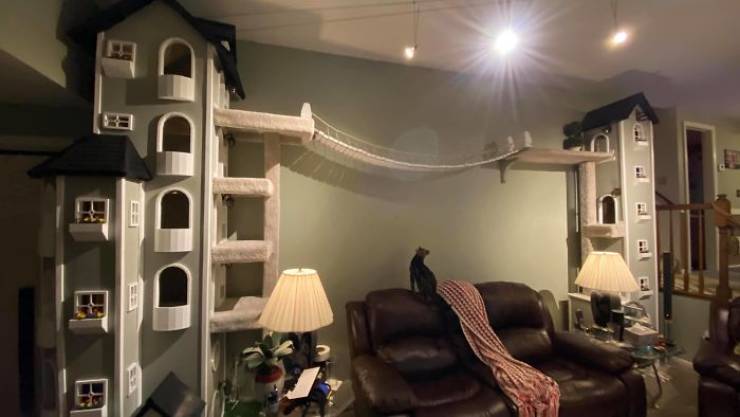 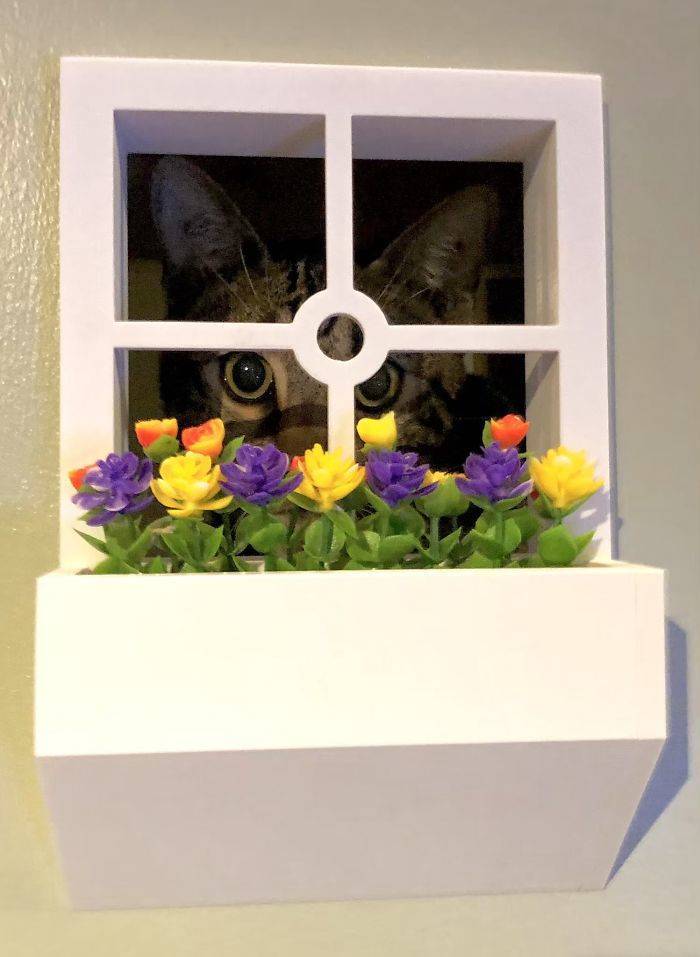 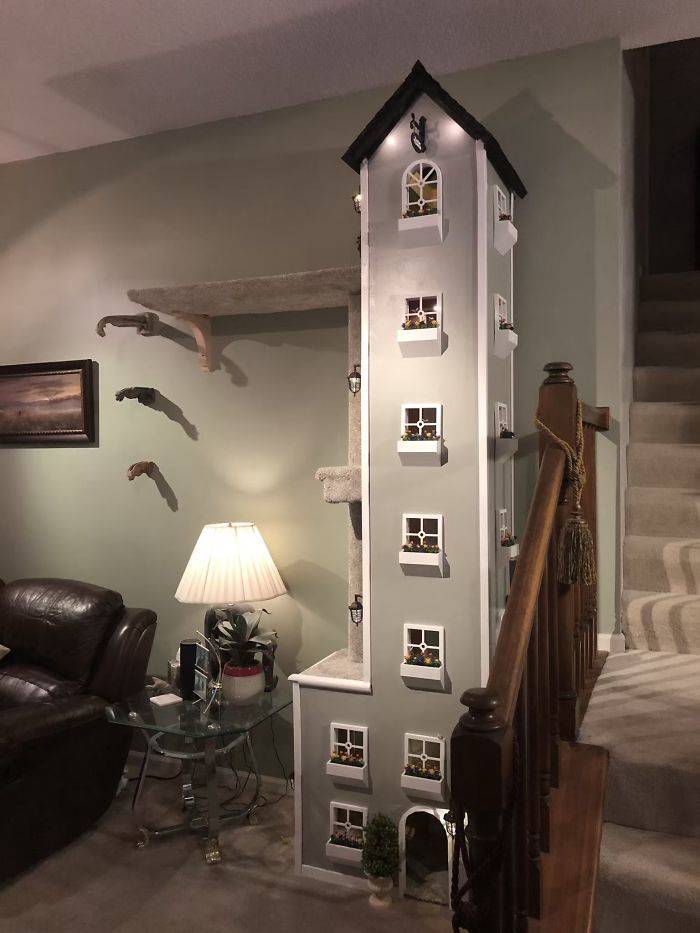 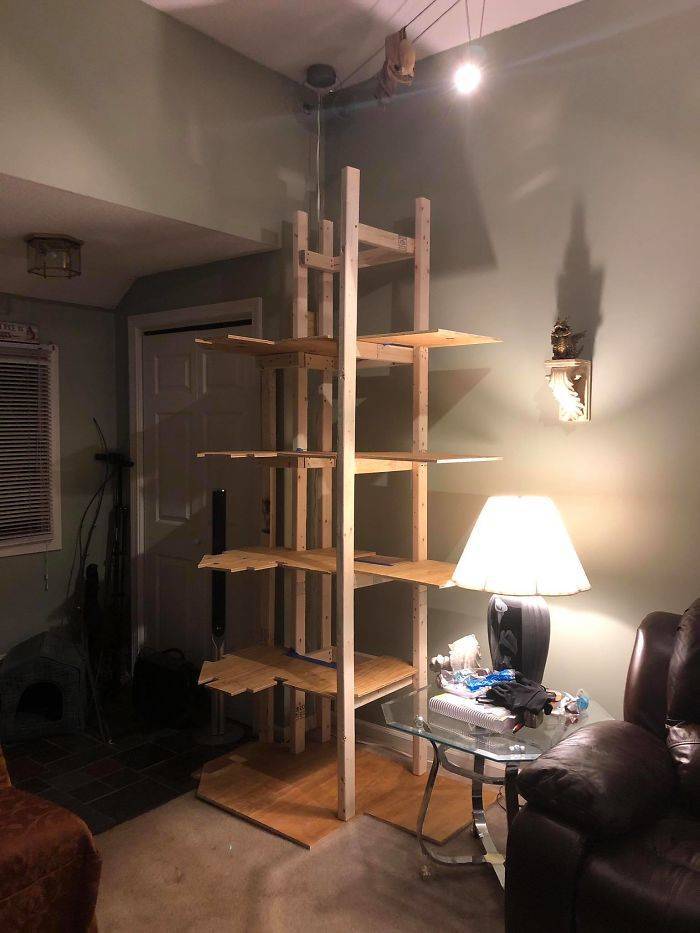 “I have two cats, a red tabby and a Savannah cat,” Rob introduced his pets, adding that the Savannah likes the towers so much, she has taken over both of them and doesn’t want to let the tabby use them. 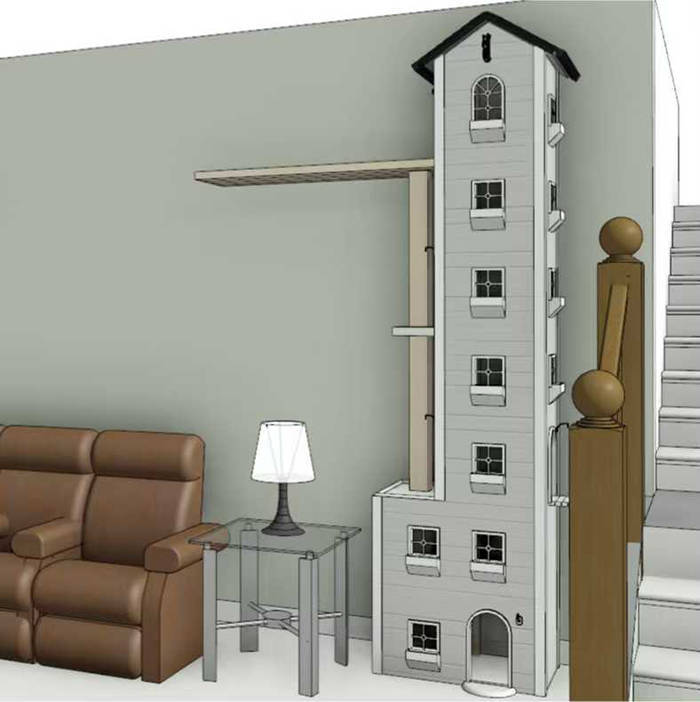 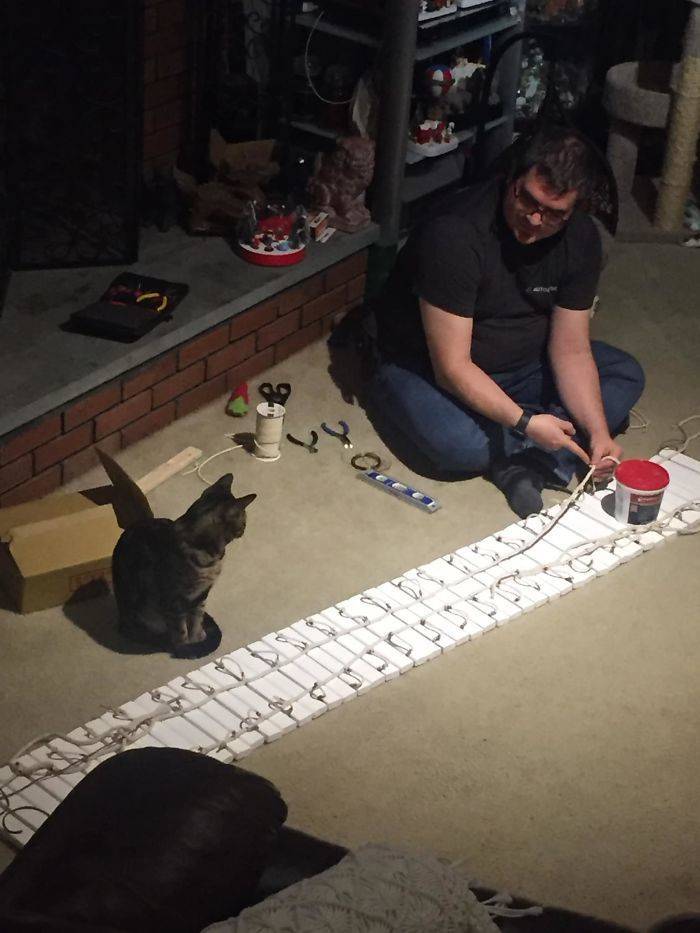 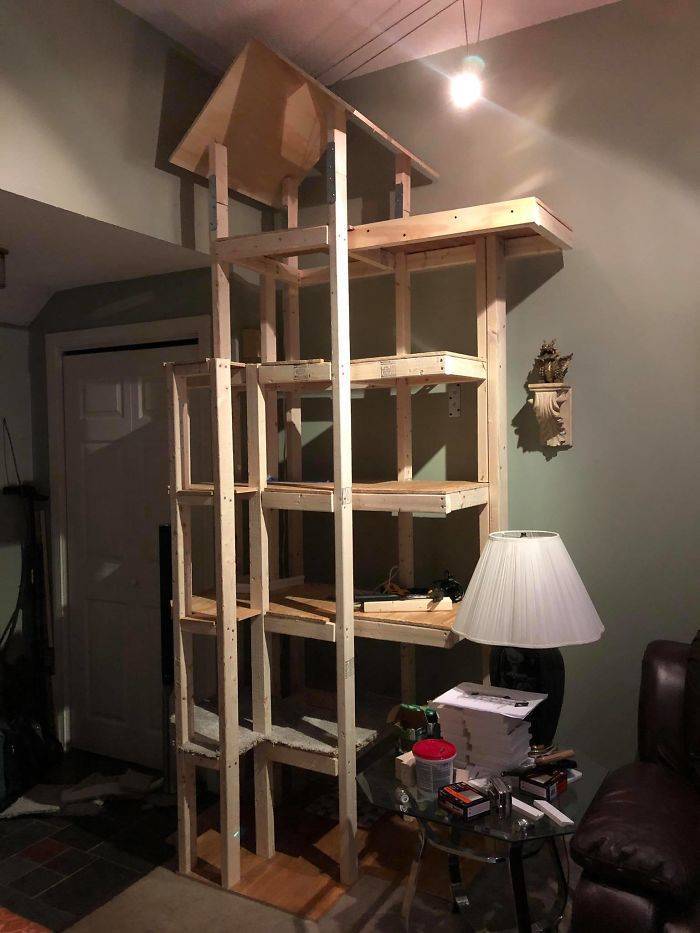 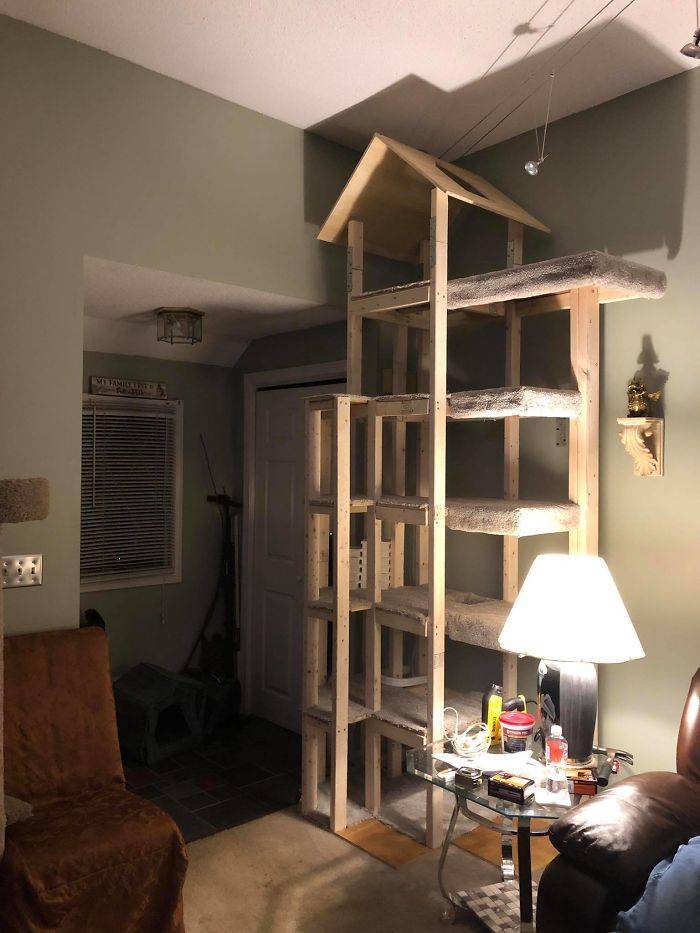 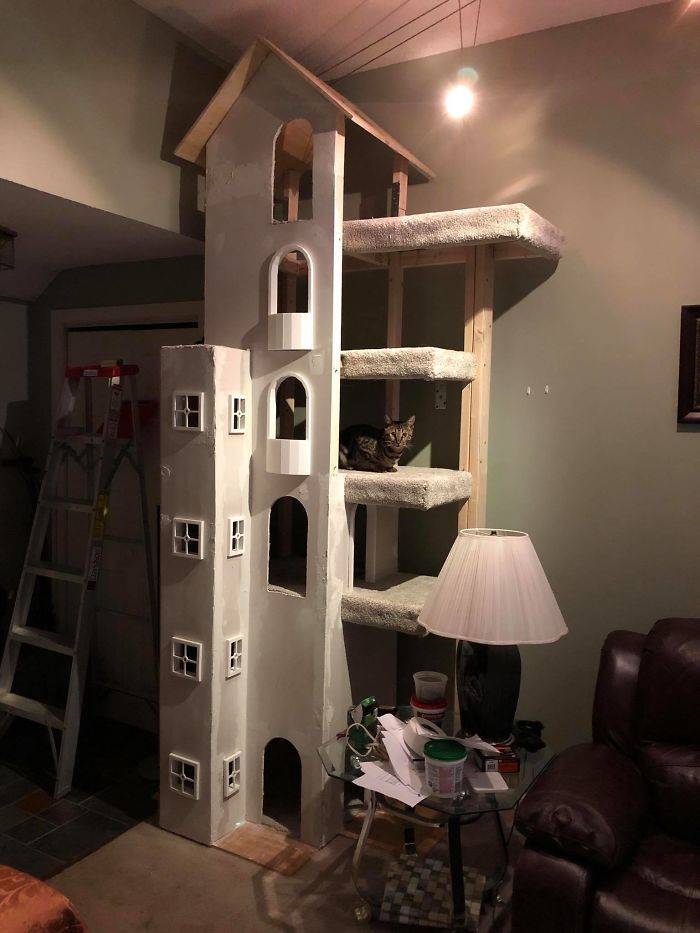 It all started when Rob saw a real looking tree that someone else made. However, the BIM manager just could not get the design settled in his mind. This eventually made him return to his roots and he decided to build one he knew would be fun and practical but look sharp for both the cats and the humans as well. 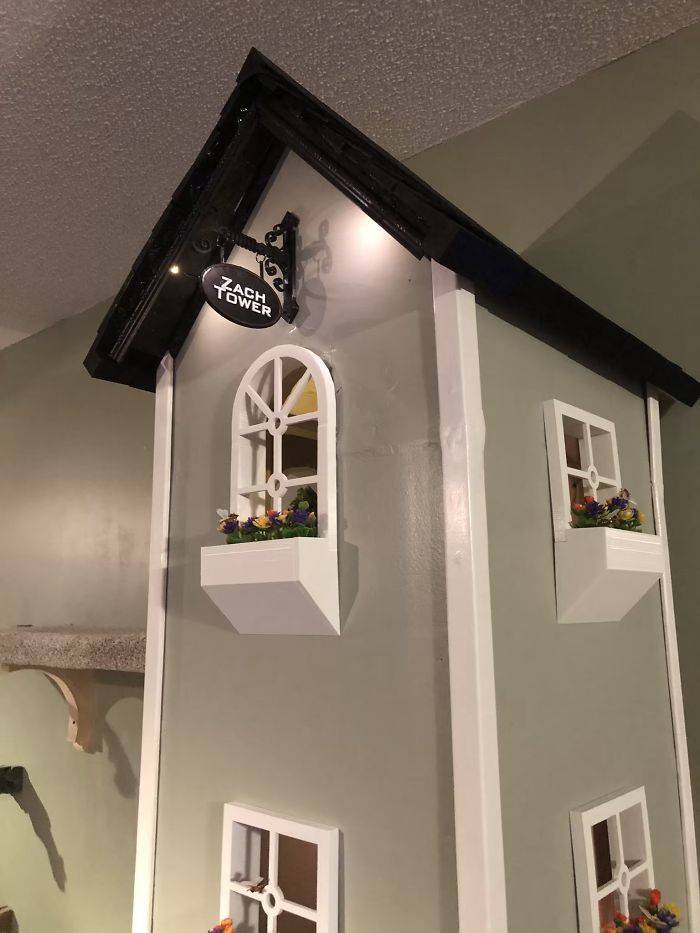 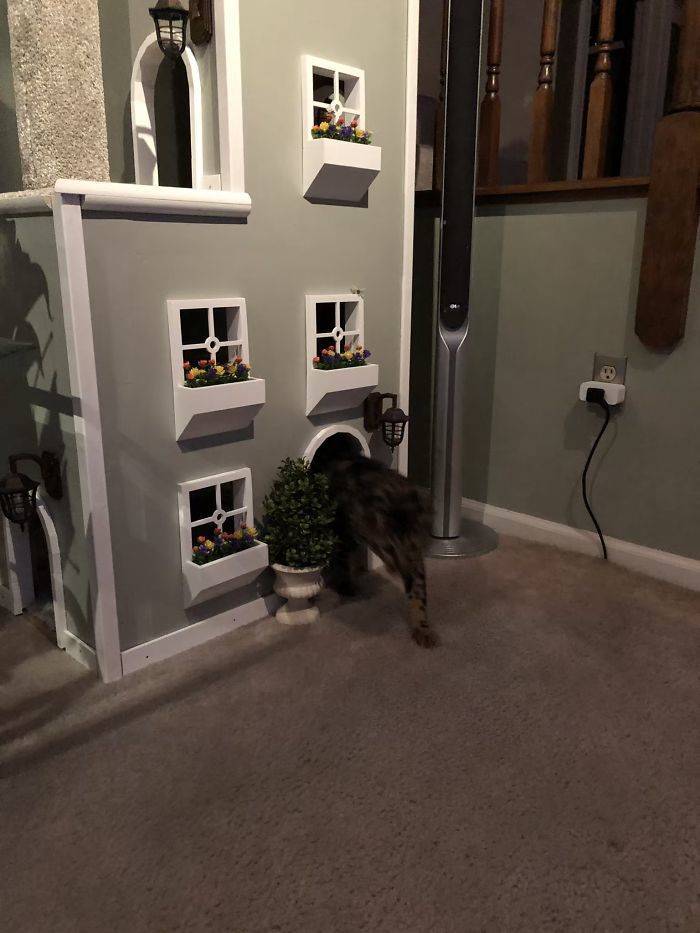 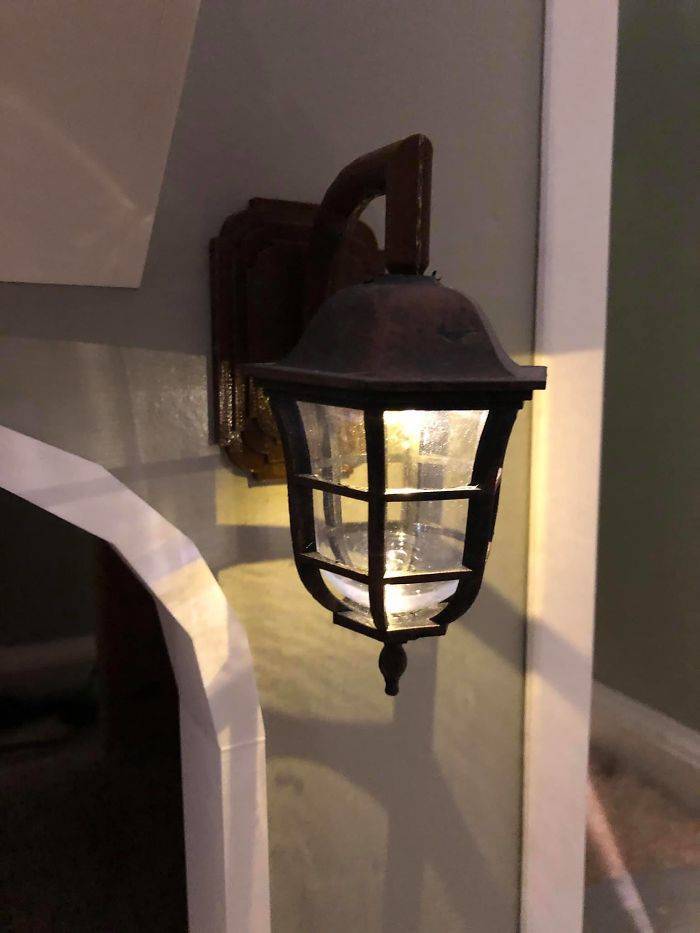 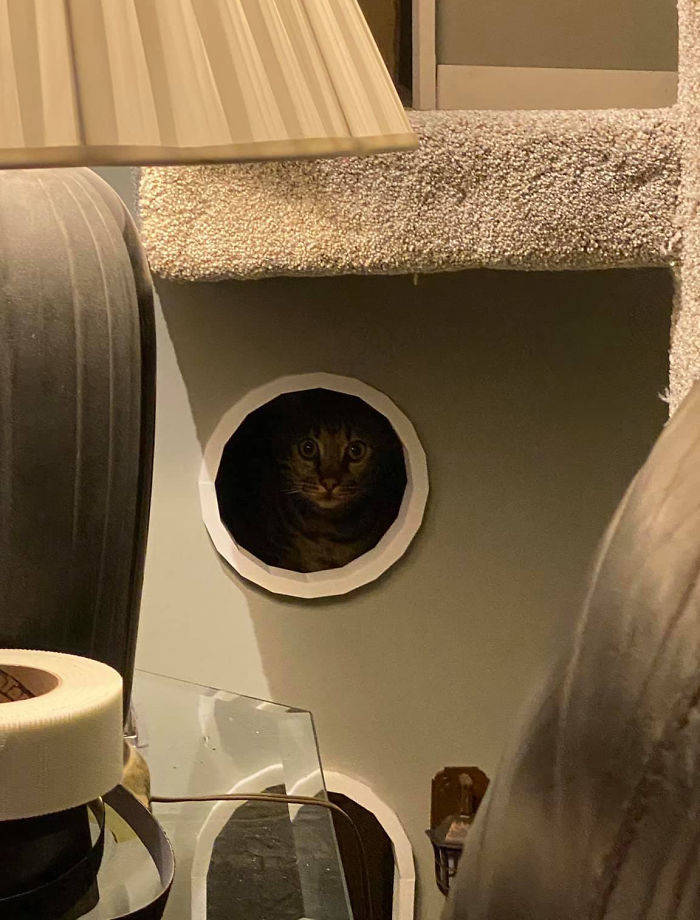 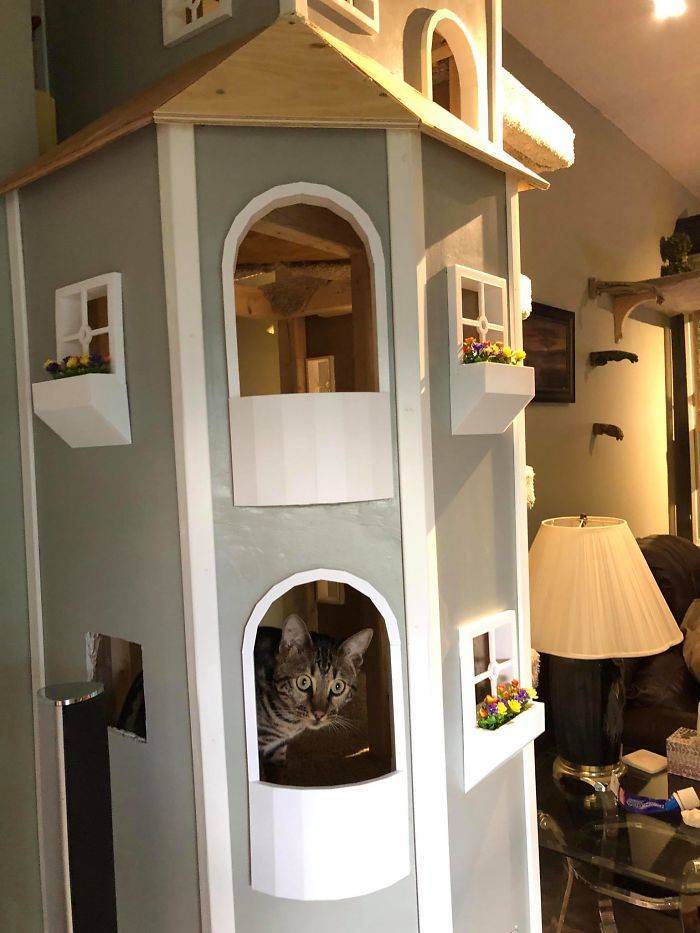 “The larger tower was built last and is almost complete,” Rob explained. “It incorporates some design changes based on how the cats interacted with the first one, such as the balconies and the deck landings. The dormer came from Zach, the Savannah, always looking up inside the roof of the other one.” 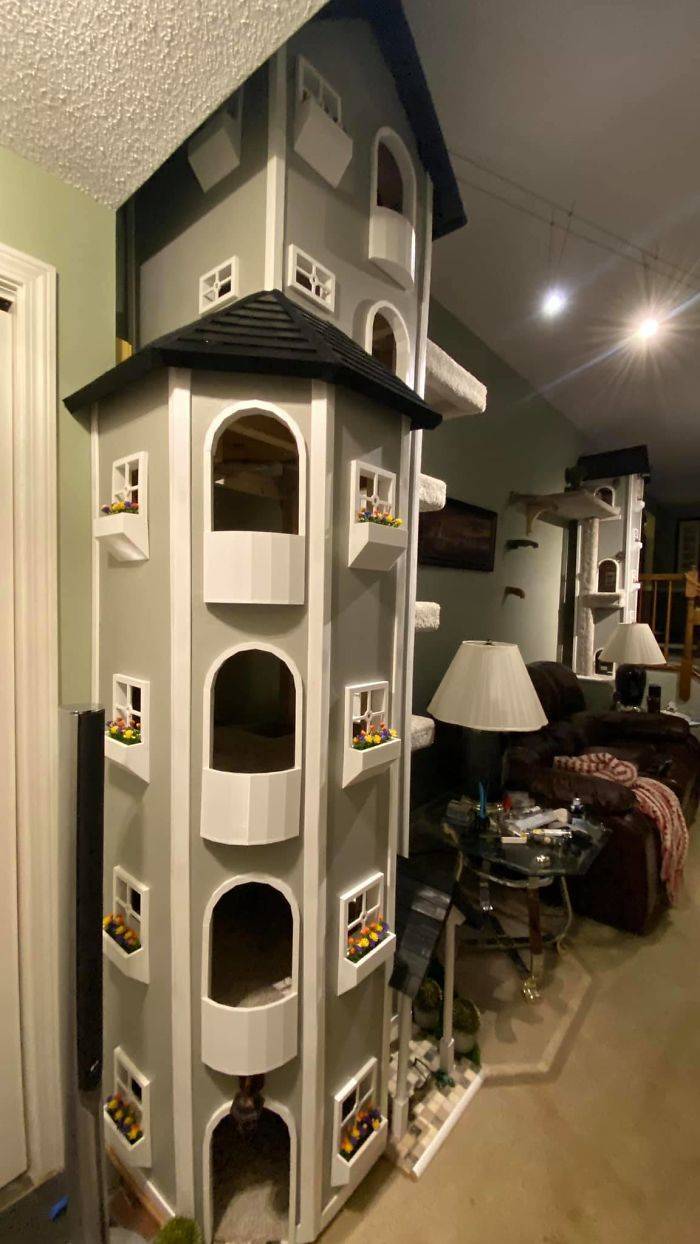 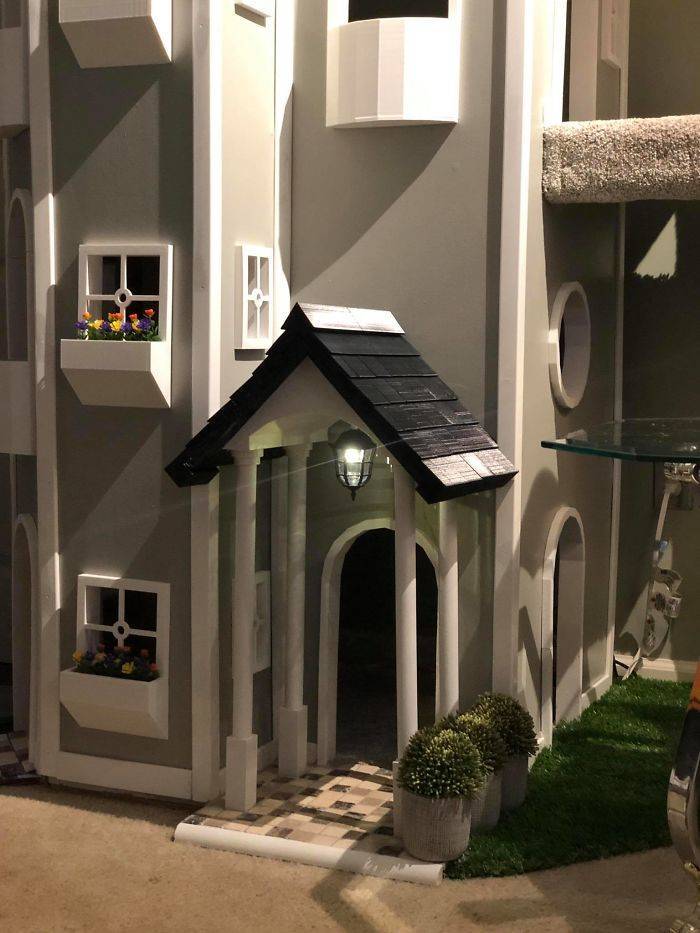 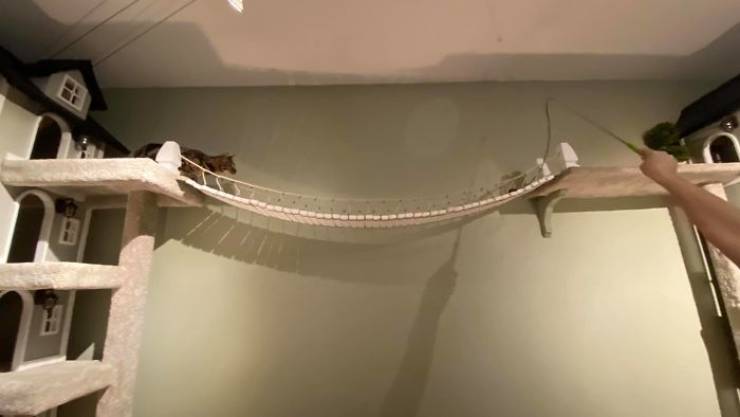 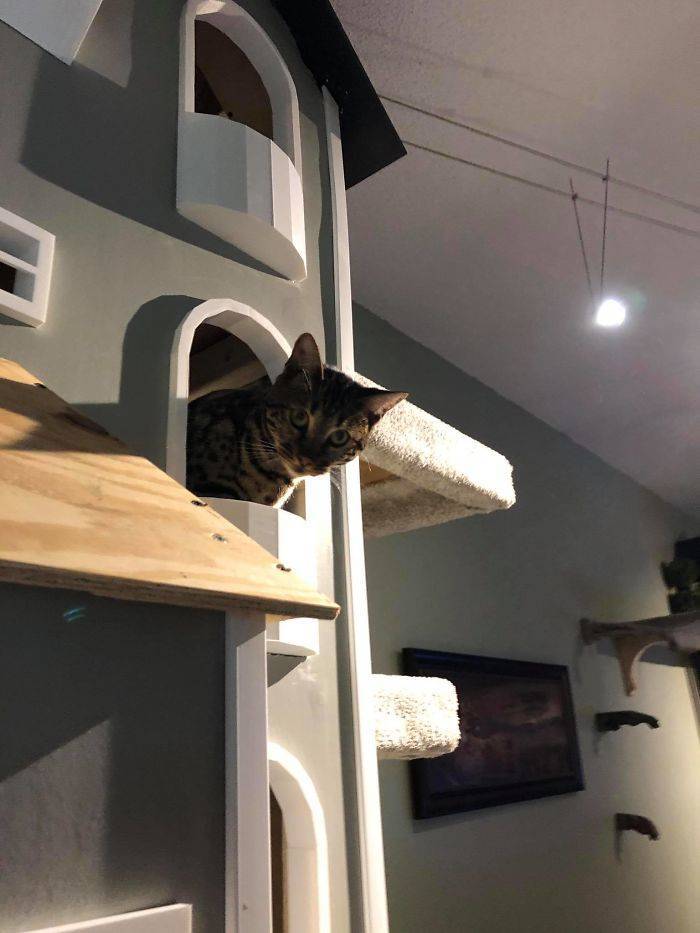 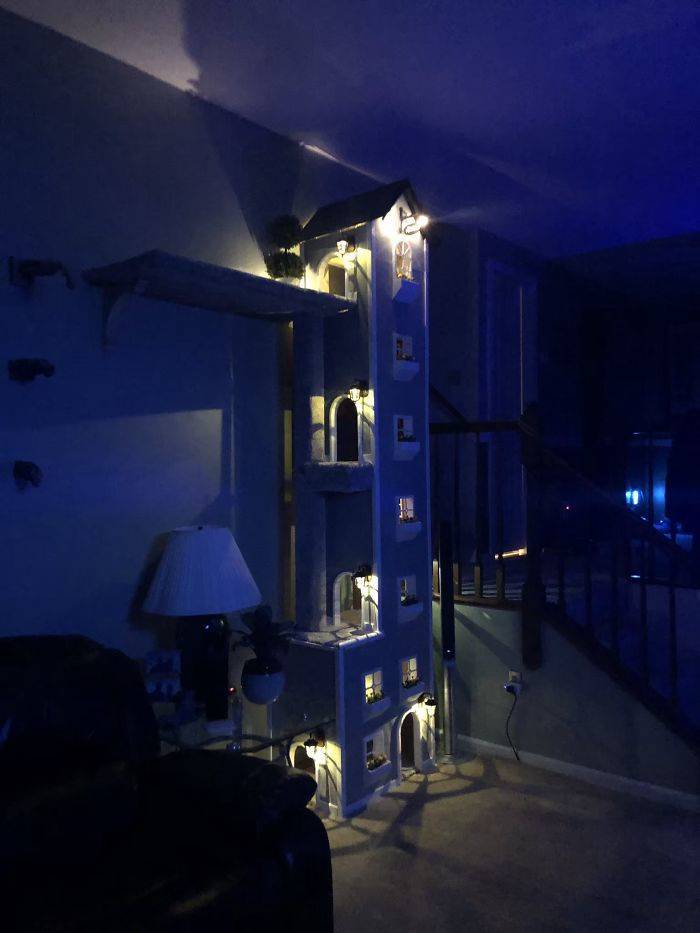 The cat lover said the material cost for the project is still mounting, and currently stands somewhere around $3,500 plus the tons of labor he has put in. But everything’s worth it. “Zach has been very involved from the start. I can’t even find a word that best describes how much he loves it and how much he uses it.” 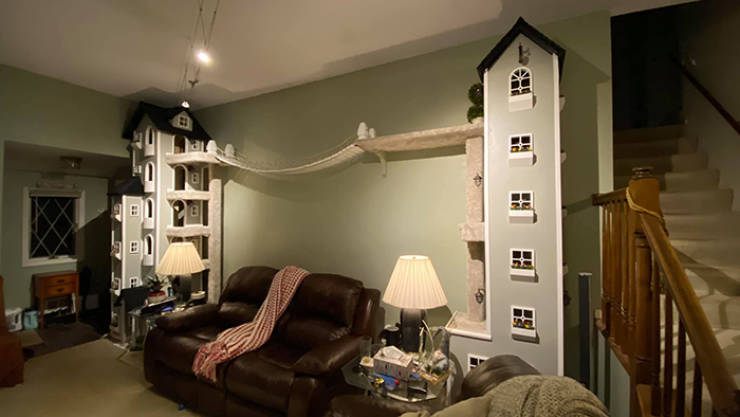 CookieDevourer 1 year ago
Everybody On The Internet Wants Them...not

Different 1 year ago
It's nice and all, until they start pissing and puking all over that thing. lol
Reply
2

Concern 1 year ago
3k in materials alone? I call bullsh#t.