“The ending was instantly iconic. It still gives me so much anxiety, but it seems to pull it off to perfection. Cobb gets off the plane and goes to see his kids. He puts the top on the table and sees the backs of his kids’ heads. He holds his breath because in the dreamworld, he can’t see his kids (or his mind won’t let him). His kids turn around, and you see their faces. I let out a sigh of relief. Cobb is actually with his kids. When everything seems all happy, the camera pans down to the spinning top. You freak out, thinking that he is still trapped in the dreamworld. Then the top starts toppling for a millisecond before the camera snaps to black.” 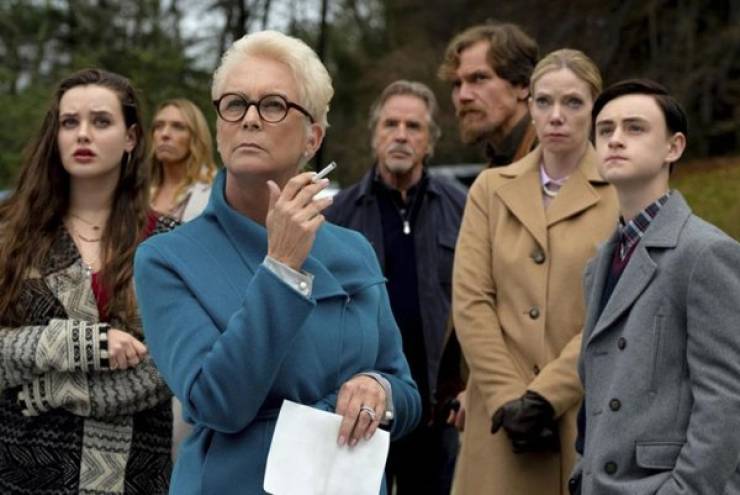 “I know it’s recent, but that last shot of Marta on the balcony is amazing. The movie was so good, but that ending had me like, ‘Damn!’ So good!”

“Andy and Red reuniting in Zihuatanejo was absolutely amazing. Perfect end to a nearly flawless movie.”

”The swell of the music underneath Jim Gordon’s monologue — there’s something about that that stays in your head.”

“This has the most amazing ending, bar none. Brad Pitt screaming, ‘What’s in the box?!’ and slowly descending into wrath, and Morgan Freeman begging him not to fall into the killer’s trap. So well-executed.” 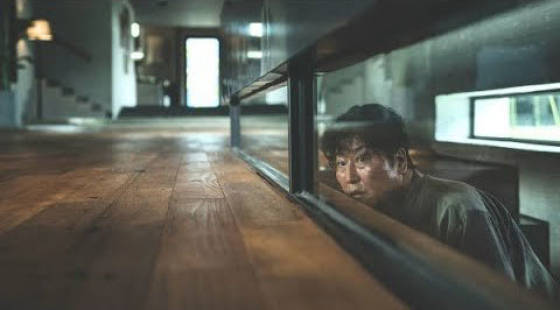 “The ending is just gutting. When I first saw it, I thought for a split second that the dream sequence of him buying the house and his father walking up the stairs was real, and I actually got annoyed because it didn’t feel realistic for a movie that had been so tonally on point the entire time. And then the sequence ended, and he looks in the camera and says ‘So long’ to his father, and you realize, OF COURSE it isn’t real because he’ll never earn enough to buy that house…and that horrible, pessimistic feeling of reality sinks in. Brutal and brilliant.”

Once Upon a Time in Hollywood 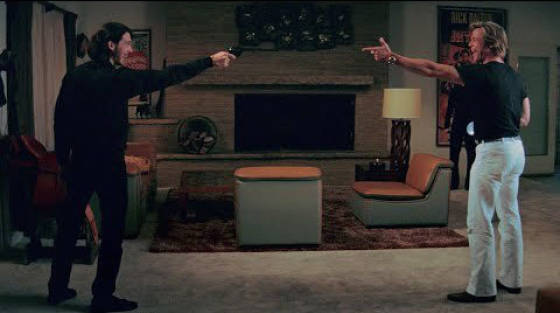 ”I never thought I could be so entertained by such horrific violence. I spent the whole movie expecting one ending, and the ending we get instead was SO pleasing. Not only can Brad Pitt and Leonardo DiCaprio play great badasses, but their comedic timing was also spot on. Best ending I have ever seen.”

“When, in those last few minutes, the agent figured out what really happened, seconds too late…so frustrating, but so satisfying.” 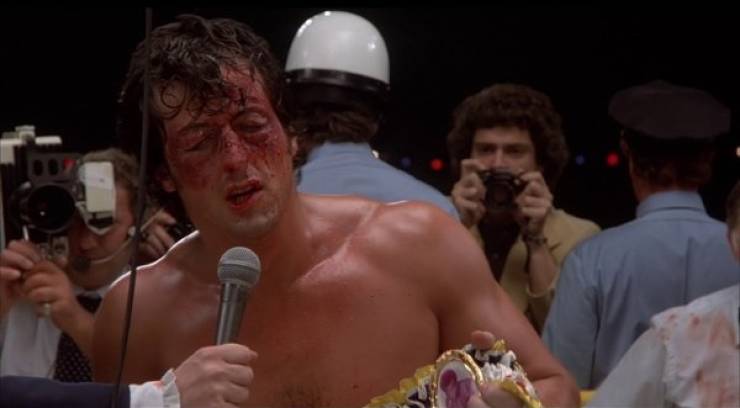 “Even though he loses the fight to Apollo (in a split decision), he gets the girl and reaches his goal of lasting 15 rounds with the champ, which no one had ever done. In doing so, he (and the rest of the world) finally knew he ‘weren’t just another bum from the neighborhood.'”

“When Amy creepily looks up at Nick while lying on his lap. The scene mirrors the beginning of the movie, but in a way more scaring way.”

There Will Be Blood

“This has one of the most satisfying endings of any movie I’ve ever seen. The ‘I drink your milkshake’ speech, Eli getting his just deserts, and then Daniel sitting there in the mess: ‘I’m finished.’ Every time I watch it, it gets better. Perfection.” 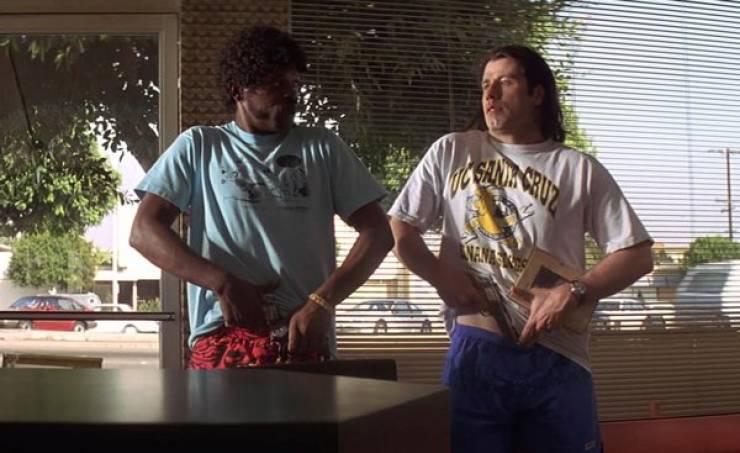 “The ending which is really the middle. By rearranging the order of events the story ends right where it should.” 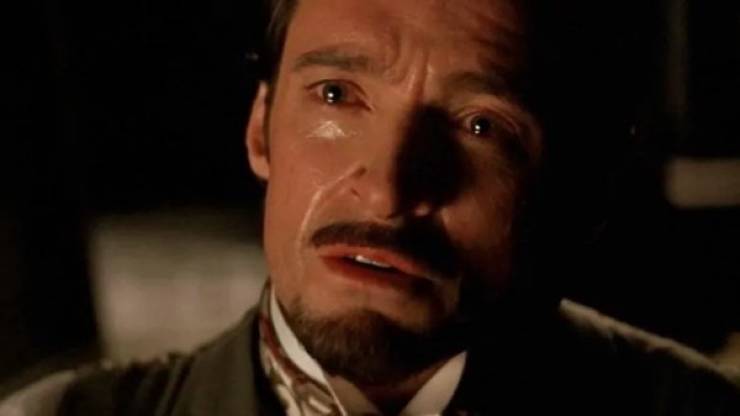 “Every single thing is explained in one final shot and it turns to black. Best final words: “You want to be … fooled.”

“As frustrating and devastating as it was for the entire fandom, that ending scene was incredible.”

Call Me by Your Name 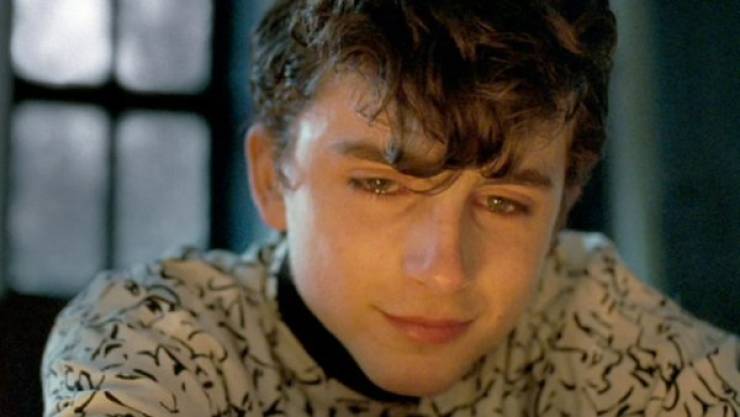 “The fireplace scene — it’s so amazing. It’s literally four minutes of him crying in front of a fireplace with ‘Visions of Gideon’ playing in the background, yet it hits you hard. It forces you to recount all the events in the movie and realize how much Oliver affected Elio in that one summer. Timothée Chalamet’s Oscar nomination was well deserved. He was truly amazing in the film.” 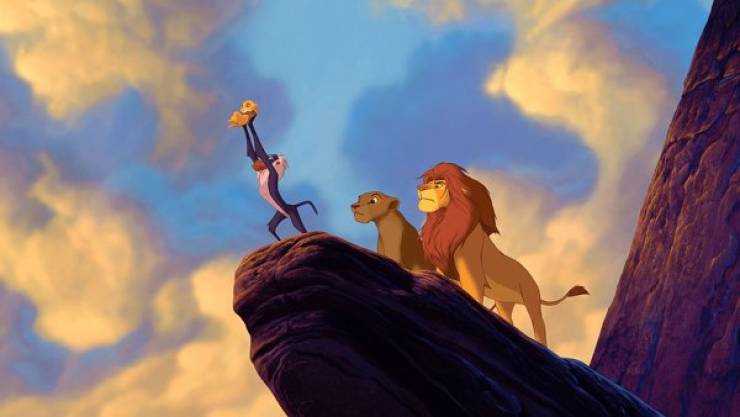 “Simba slowly walking up Pride Rock as the majestic ‘King of Pride Rock’ score plays, and Mufasa appearing one last time to say ‘Remember…’ before Simba roars as the new king. Then the transition to some time later when the land is healthy again and Simba and Nala’s cub is being presented as a chorus sings a triumphant reprise of ‘Circle of Life’? Pure perfection.”

“Without a doubt, this ending will stay with me forever! Florence Pugh’s transition from extreme frown to a slow smile leaves the viewer entranced. You just know that she has cut her final ties with the ‘real world’ and has accepted the Hargas community wholeheartedly. Stunning and terrifying.” 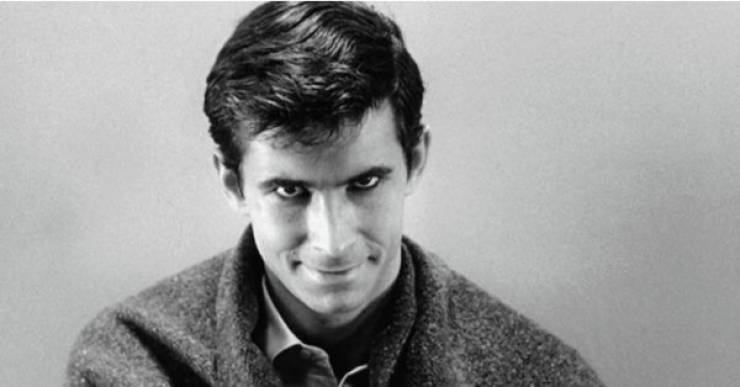 “Norman staring at the camera and that creepy frame of the corpse… Amazing.” 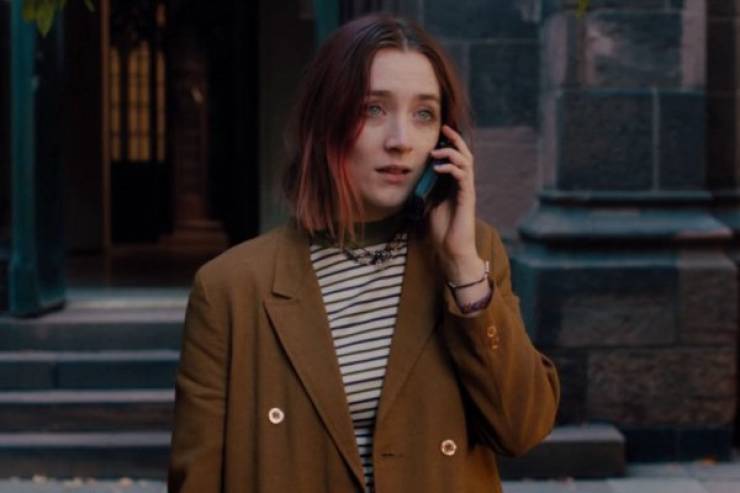 “When she calls her mother and talks about how emotional she felt when driving around Sacramento? It was so perfect. It gives me chills just thinking about it.” 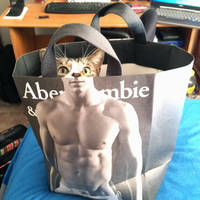 Manny 10 month s ago
Let Me In. The ending where Owen has gone all in with Abby and you know what's in store for him. Harsh.
Reply