Movies That Were Meant For Greatness, But Flopped Hard Instead (19 gifs)

So, how does a biopic about Muhammad Ali, starring Will Smith, and directed by Michael Mann (the madman behind The Insider, Heat, and The Last of the Mohicans), lose a boatload of money?

By spending way too much on the film. When all was said and done, the boxer epic’s budget ballooned to $118 million, and the film only made $87 million worldwide. Combined with marketing costs, the film lost over $100 million.

A lot of people forget that Dreamworks actually used to make 2D animated films. And the box office disaster of Sinbad: Legend of the Seven Seas, is why they don’t make them anymore. The film lost an unbelievable $125 million, and Dreamworks vowed to never produce 2D projects afterward as a result.

This one’s loss isn’t quite as epic as the last two movies. But losing $71 million is nothing to sneeze at, especially when you have Oliver Stone directing a [email protected]#tload of celebrities that include Colin Farrell, Angelina Jolie, Anthony Hopkins, Rosario Dawson, and Val Kilmer. Combined with mixed reviews, this film faded real quick from memory.

Look, I forgot this movie existed at all, despite starring Jackie Chan during his post-Rush Hour career. While we don’t know exactly how much this movie lost in terms of marketing, the budget came in at $110 million, and only made $72 million worldwide. Suffice to say, it lost a LOT.

The remake of The Poseidon Adventure set an odd record at the time it was made: Having the largest/most detailed digital model made for a movie up to that point in film history, as legendary visual effects company Industrial Light and Magic had digitally built the entire cruise ship, room by room, for a few scenes.

With that kind of visual effects work, the film came with a hefty price-tag: $160 million. Unfortunately, it lost $69 million.

Perhaps making a spin-off/sequel of a movie that was most famous for having Jim Carrey in it and getting rid of him and focusing on a random side character wasn’t a very good idea (I know Morgan Freeman’s a big part of it too, but you know what I mean).

What was a way [email protected]#king stupider idea was spending $175 million on it, making it the most expensive comedy movie of ALL TIME (at that point in film history). To no one’s surprise, it lost money, and to the tune of $50 million.

This one’s kind of a bummer. Hugo is a really weird, ambitious, and often times cool movie from Martin Scorsese, and the only film he ever made for the 3D format (and used it pretty damn well too).

But the film’s odd combination of film history, children’s film, and dark storytelling didn’t draw audiences in. It didn’t help that the film went $80 million over-budget, and that number is REAL important because the film lost… $80 million. If the film didn’t go over-budget, it would have avoided this list entirely.

[email protected]#t, I remember hearing only two things about this movie when it came out: How much fans of the comics hated it, and how it lost Warner Brothers buckets and buckets of money.

With an enormous $200 million budget, a decent push from the global box-office brought its losses down to $75 million, but when you consider that this was supposed to launch a franchise… Yeah, they really [email protected]#ked this movie up.

This film didn’t lose nearly as much money as the other films here, but it makes complete sense that a studio would spend a lot of money on it. Ender’s Game is an incredibly popular science fiction book, and when you get Harrison Ford in an adaptation of it, you damn well better spend some [email protected]#king money.

They spent $110 million, but it only made $125 million back. Not nearly as massive a loss as the other films here, but the lost potential, especially when you consider the source material they were working with, is definitely a loss.

Holy [email protected]#t, this movie is BAD. I’m sorry if there’s someone out there reading this who digs this film, but I can’t get past that scene where a bunch of World War II-era orphans sing Smells Like Teen Spirit while a bunch of flying pirate ships fly into a mine filled with pixie dust (yes, it’s a real scene, click at your own risk).

This film’s loss is beyond epic, losing somewhere between $130 million to $150 million, and I honestly can’t blame Warner Brothers for not clarifying the amount.

Alice Through the Looking Glass (2016)

While most people would look at a sequel that’s six years late and go, “Yep, that’ll flop,” Disney still took a $170 million gamble anyway. And I can’t even blame them, as much as I don’t particularly like the first film from 2010, it managed to make over a $1 billion worldwide, but the sequel didn’t even come close to those numbers. Instead, it lost around $70 million.

Steven Spielberg doesn’t have many flops to his name, but this is probably his biggest box-office miss. Costing $140 million, it lost anywhere between $90 million to $100 million for everyone involved. It’s a shame, because the source material is great, and the cast they assembled was solid.

King Arthur: Legend of the Sword

Every once and a while, I randomly remember that the director of Snatch made a King Arthur movie that’s out of its coked-up mind and that it almost [email protected]#ked up Guy Ritchie’s career on an epic scale. With a budget of $175 million (on top of the film being heavily re-shot), it only made $148 million back. Combined with marketing costs, the film lost $150 million, only $25 million shy of the film’s entire budget.

Because no one actually knows how much this film cost to make. Estimates place the budget at $300 million, but it might be even more, especially considering the film’s lengthy (and infamous) reshoots to change the entire movie. With the marketing cost of a superhero film on top of that, it’s actually easy to see how this film lost money.

On paper, this adaptation of the beloved novel had it all: An up and coming director (Ava DuVernay), a cast of stars (Oprah, Reese Witherspoon, Mindy Kaling, Chris Pine, Zach Galifianakis), the backing of a Disney-sized budget ($103 million).

Well, not only did it flop, but the range of how much money it lost is staggering. The bottom of the range is $86 million, the top at $186 million, which makes this potentially one of the biggest flops of the last 10 years.

Solo: A Star Wars Story, lost $76 million. In the grand scope of things, and considering that the last movie we just talked about lost $86 million at the very least, that might not seem that bad.

It didn’t help that Solo’s budget exploded after the original directors, Christopher Miller and Philip Lord, were fired and replaced by Ron Howard DEEP into production.

You knew this was coming.

Cats’ failure, which is pretty recent, is unbelievable in the sense that any studio would look at the project and go, “We can make this into a profitable movie.” But, before you laugh, the stage musical has generated literally billions of dollars over the years worldwide, and it’s easy to see how a film studio would want a slice of that pie.

Unfortunately for them, they created an abomination that will haunt the industry for decades, and with a $95 million budget, the film lost around $113 million, well beyond the film’s budget, making this one of the most severe flops ever.

Despite movie theaters only being open for a couple of months this year, Dolittle is a HUGE flop, fair and square. It came out in January well before most theaters around the world were closed. It’s unknown exactly how much money this movie lost, but with a $175 million budget and only making $223 million (remember, the budget doesn’t account for marketing costs), there’s no way this misfire didn’t lose something. 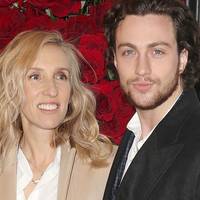 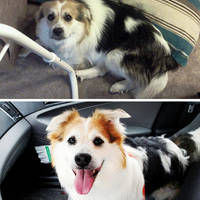 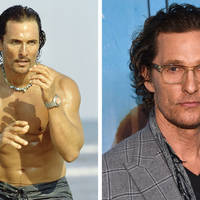 Tick 7 month s ago
The book adaptions Ender's Game and Wrinkle in Time were not only a disgrace to the source material but didn't even make any sense for people that didn't read the books.
Reply
0 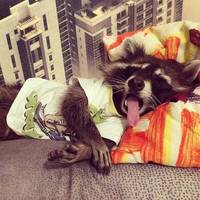 Alberta 7 month s ago
Thankfully, I haven’t seen any of the movies on this list.
Reply
0 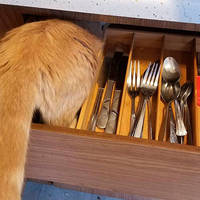 Robin 7 month s ago
because they all suck
Reply