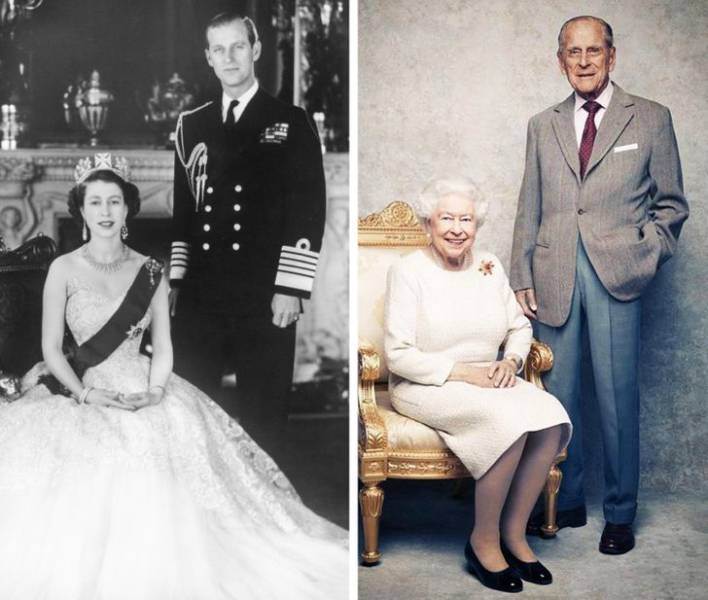 Elizabeth II met her future husband, Philip Mountbatten, when she was a teenager, and they got married several years later. Despite the fact that in their “official” life, Philip is always in the shadow of his spouse, at home, he’s the real head of the family.

Alice and Sheryl Cooper — 44 years together
2 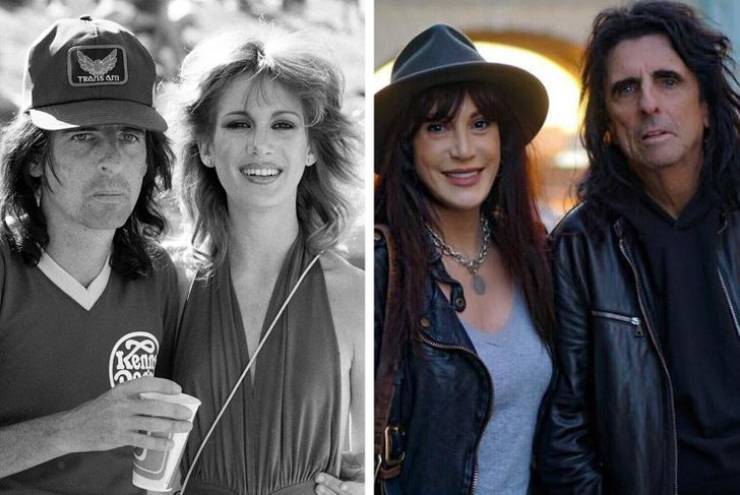 Alice Cooper had a lot of girlfriends in his youth, but he didn’t just like anyone. Once, a dancer from his show, Sheryl Goddard, conquered this rocker’s heart, and Alice married her in 1976. Despite all the difficulties this couple has encountered in their life, including divorce, the Cooper spouses have stayed together. 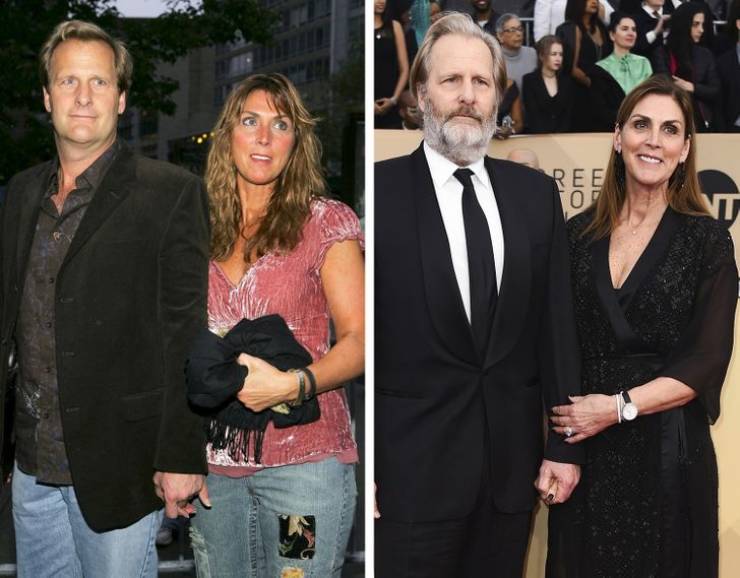 Since 1979 , Daniels has been married to Kathleen Rosemary Treado. Their love affair began when they met in high school in the late ’70s. They decided to get married when they were both 24 years old and held a wedding ceremony on Friday the 13th. They have 3 children: 2 sons, Benjamin and Lucas, and a daughter, Nellie. 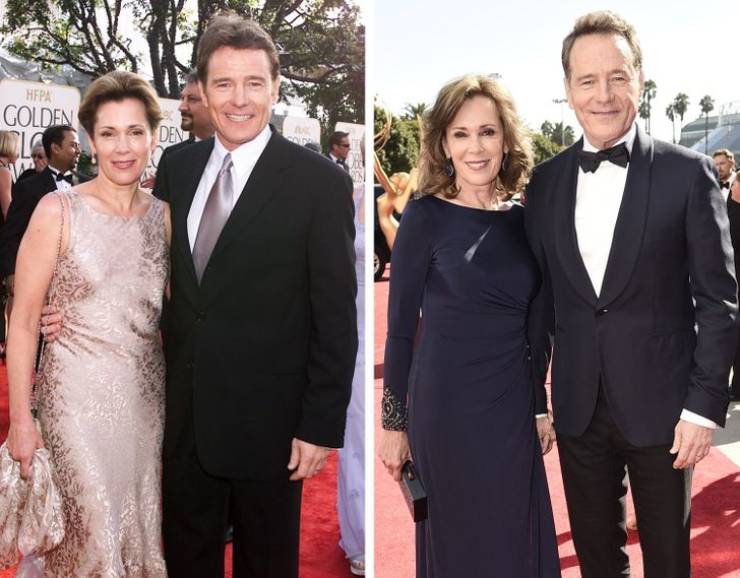 This couple met on the set of the film Airwolf in the ’80s. And in 1993, they had a daughter named Taylor. 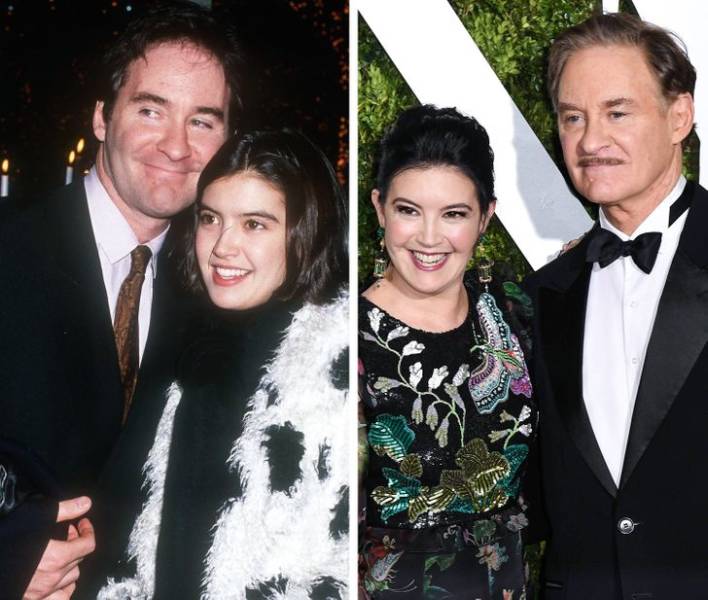 This couple met when they were both auditioning for the movie The Big Chill. But only Kevin got a part in this film. The couple decided to get married in 1989, and soon they had children: Owen and Greta. Only Kevin continued his acting career, while Phoebe gradually moved away from acting in movies. 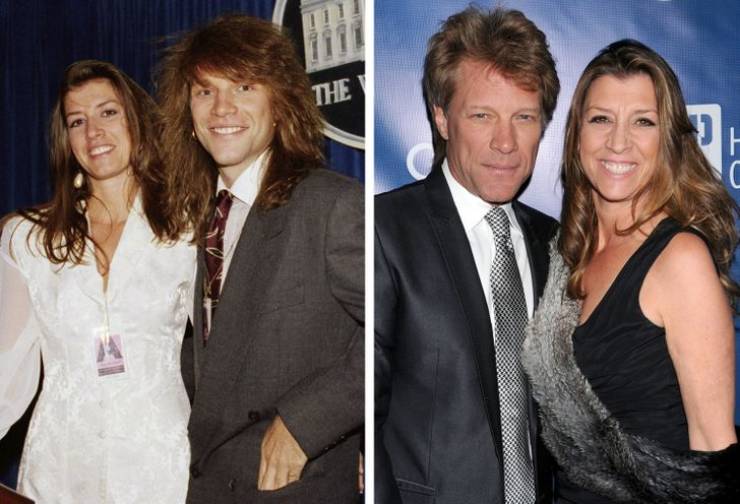 Jon and Dorothea are friends from school. Despite his numerous fans, Jon turned out to be a one-woman man. The couple got married spontaneously — they went for a walk in Las Vegas and made their relationship official. Their union became a happy one, and they have 4 children. 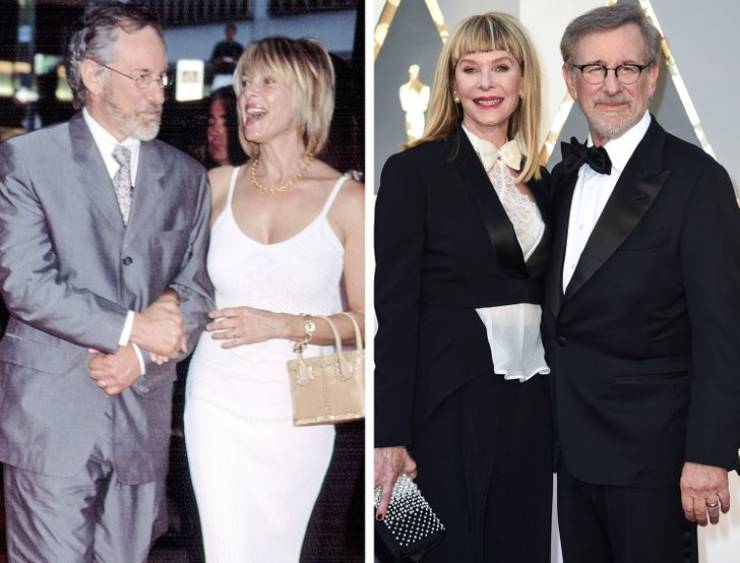 Steven’s marriage with Kate became the second one for him. They got married in 1991 and their relationship began back in the ’80s when they worked together on the movie about Indiana Jones. Their large family includes 7 children. 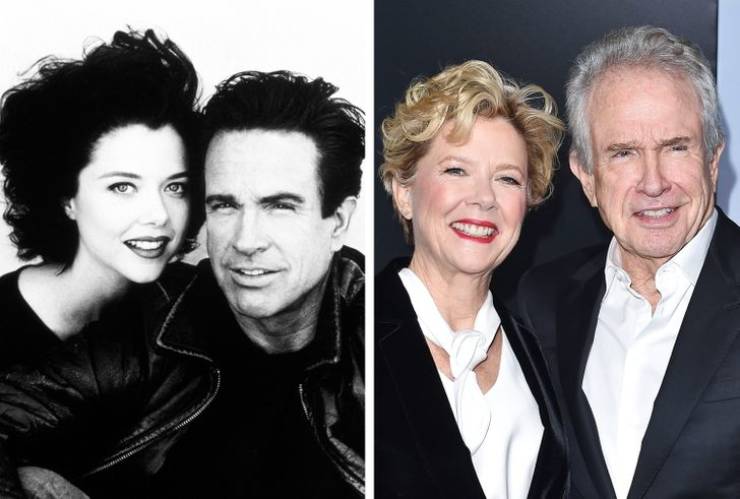 Warren Beatty and Annette Bening have been married for 29 years, and they first met in 1990 on the set of the film Bugsy. They played lovers in this film, and after a while, the couple got married. They have 4 children together: 2 daughters and 2 sons. 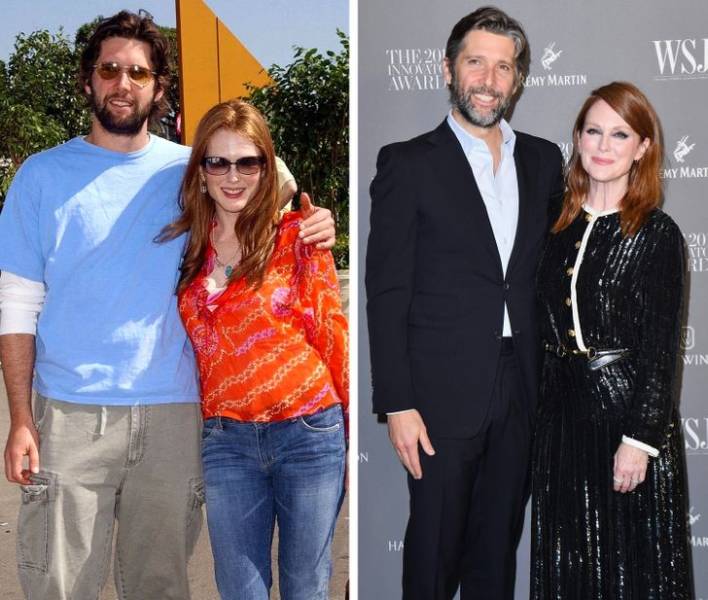 Their relationship started in 1996 on the set of the movie The Myth of Fingerprints. They had met before, but they didn’t become interested in each other until then. At first, they just lived together, but in 2003, they officially tied the knot. 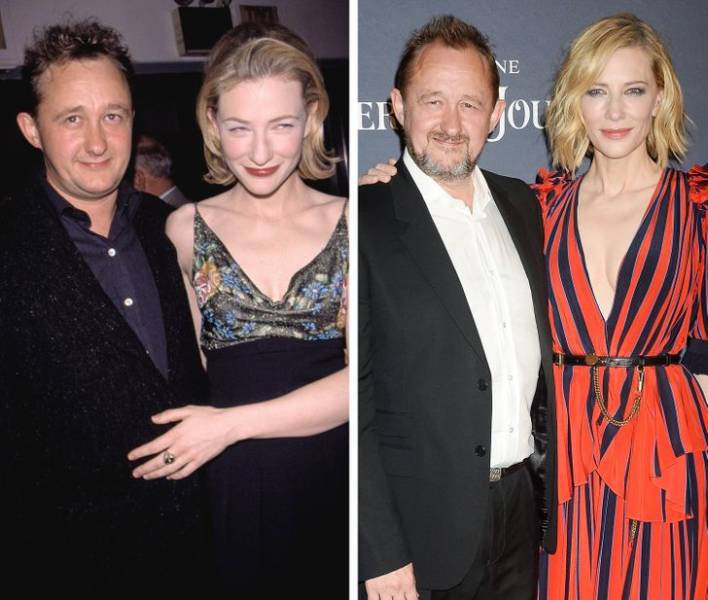 In December 1997, Cate married scriptwriter and editor, Andrew Upton. The couple made their relationship official a year after they started dating. They met on set and haven’t parted since then. 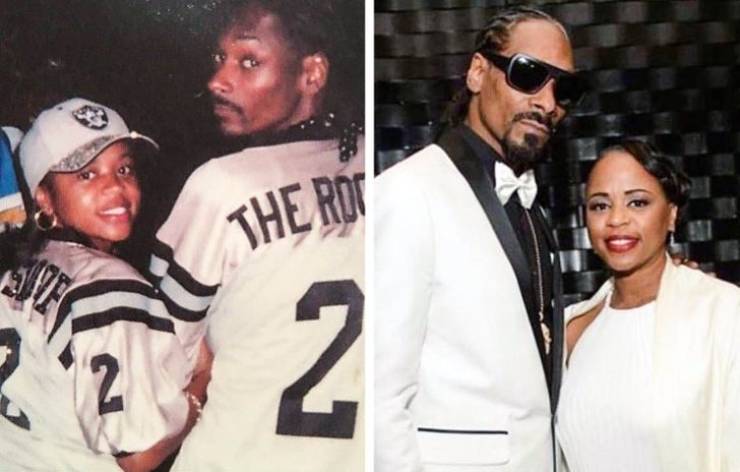 This famous rapper is an exemplary family man. He met his future wife at school, and they got married in 1997 when Shante was already pregnant with their second baby. In 2004, they couldn’t overcome a crisis in their relationship and filed for divorce. But in 2005, they reunited when their daughter got seriously ill . And 4 years later, they officially got married again. 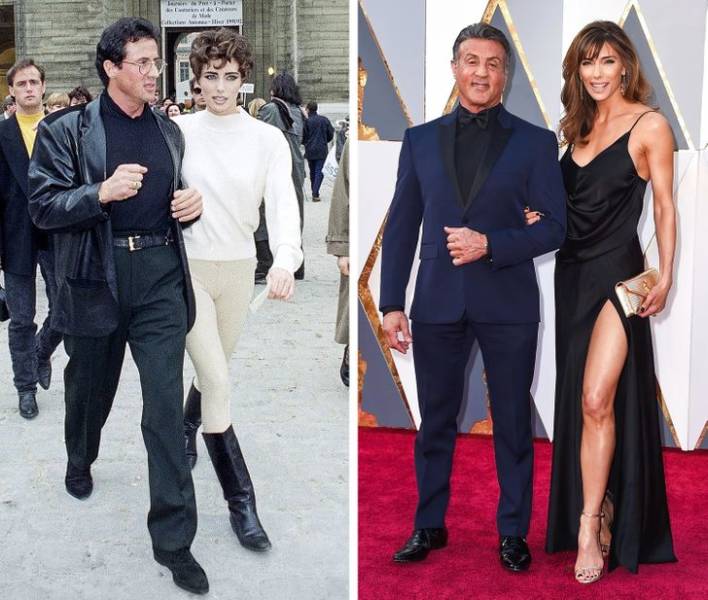 The actor has been married 3 times, and his last marriage is the strongest one. The couple has been together since 1997, and despite a very difficult start to their relationship, they have been going strong for 23 years now. 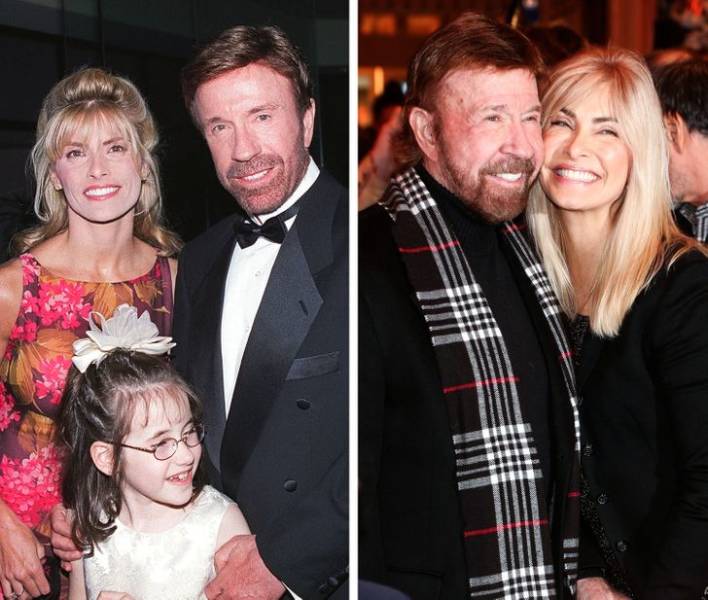 His marriage with Gena was the second one for Chuck Norris. He had been divorced for several years when he met a girl on the set of the movie Walker. They got married in November 1998. 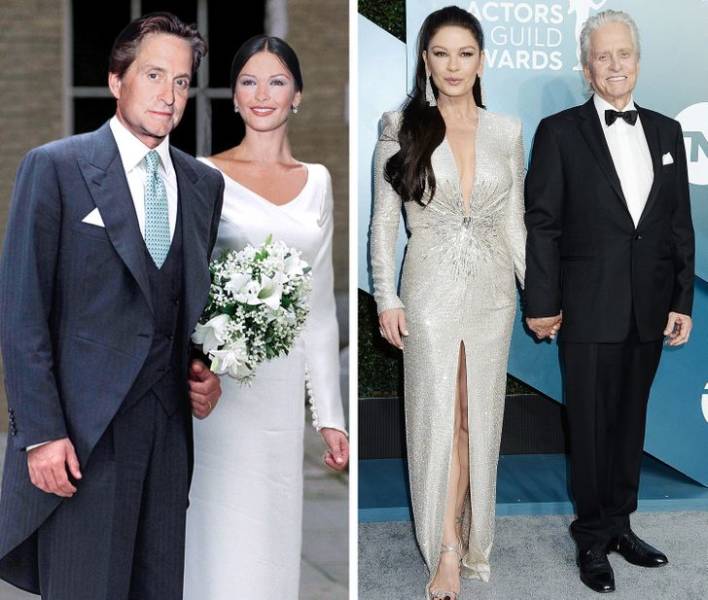 The couple met at the premiere of The Mask of Zorro. As people say, Michael Douglas fell in love with Catherine immediately and was trying to get her attention in every possible way. In December 1999, the couple announced their engagement, and in November 2000, they officially married. 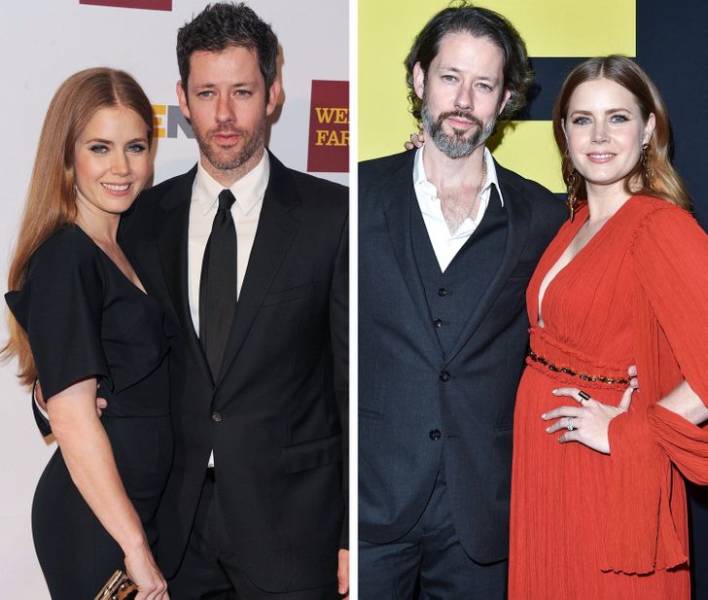 In an amateur theater studio in Los Angeles, Amy Adams met professional artist, Darren Le Gallo, in 2001. They began to date and they lived together for years, but they didn’t officially get married until a seven-year engagement. 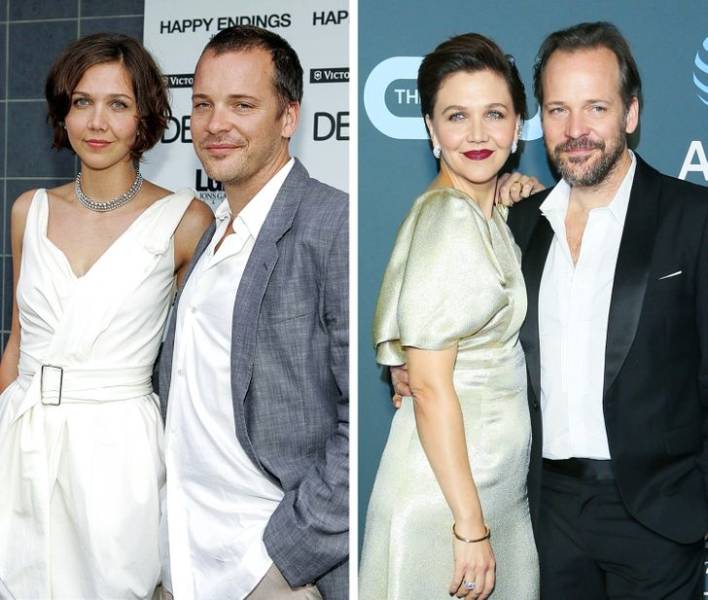 This couple leads a pretty private lifestyle, so we know very little about them. They met thanks to Maggie’s brother, Jake, in 2002, and got married in 2009. They have 2 daughters together. 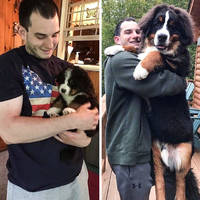