World Is Such A Small Place…

I did my bachelors in the US. I had that person that I had one class with in my freshman year, but never really talked to. Our interaction was limited to awkwardly white man smiling at each other when we walked by each other occasionally.

I graduate, move to London for my master’s. My new uni is pretty elitist, top college usually reserved for a very narrow range of professionals, I have no idea how I got there. It was pure randomness.

As I leave my first day orientation, I walk by that same f***ing guy in the hallway. And all we do is white people awkward smile at each other.

I used to travel the world for work. One trip I was drinking with this guy in an airport bar in Texas. A few weeks later, I walk into a restaurant in Maracaibo, Venezuela and I hear “Hey slider728!!!” It was the bar dude from Texas.

On the hour bus ride from my small city to the airport, I meet a girl who was taking the exact same 3 week backpacking trip as me but in the reverse order. We even had the same cross Atlantic flight there and back and got on the same bus home. Then we sat down and compared trips.

Used to pitch softball in the US and had a friendly rivalry with another team pitcher.

Went on vacation and missed the playoffs as I was in London. I’m checking out the royal museum and run into that pitcher on the day we were supposed to be playing against each other..

So we got a beer instead.

My stepdad was south African. Ran his own business here in the UK. One day a new client comes in, they get chatting, and he notices my dad’s South African accent. Says he, too, is originally from SA. Asks my dad where he used to live, and says “me too !”

Comes back in the next day with a photo (black & white – little South African humour there) of a group of kids, aged about 10. Says to my dad ” this was a birthday party I went to when I was 10″ He points at a boy and says “that’s me”. Then he points at another boy in the photo and says to my dad “that’s you.” He had a photo of a party my dad had attended something like 40 years ago on another continent, and neither of them knew each other !

Coworker always said she liked my house. Turns out her grandparents built the house but had never met her.

I had the same thing happen to me. I was dropping my car off to get serviced, and they asked to verify my address.

One of the lube techs overheard me and asked if the house was between two cross streets. I said it was.

His grandparents had lived there when he was a kid, and he had spent most of his summers there.

I was moving and driving from NJ to FL, stopped at some random gas station in the middle of no-where South Carolina and had heard someone call my name.

It was an old high school friend from NJ who had moved away years before. No idea he even moved away and we were literally the only 2 cars at the gas station. It was extremely weird but we had a great laugh, chatted for maybe 10 minutes, and we went on our way.

I had a professor in college that I took evolution and biology with. She started each semester with “I know what you all have been doing in the shower” …science experiments. This was in Florida. I was in Germany a few years later on vacation and I was in a bravarian castle when I see that same professor. I went up to her and she thought it was a joke that her family had put me up to until I said “I know what you’re doing in the shower”

I was born and raised in Portland, Oregon and I moved to a tiny fishing village in Alaska for 7 years on an island with only 2,000 people or so.

One day I get a call from my dad and step mom because they were on vacation in a small fishing town in Ireland named Cushendall and had run in to someone I knew. Apparently a random person on the street had heard his American accent and asked for some tips on places to stay nearby.

My dad noticed that he was wearing a hat from the town I lived in and asked if he knew me, and he answered that he had just had dinner with me a few nights before all the way back in Alaska.

When my sis unexpectedly ran into my aunt, at a hotel restaurant, in ANOTHER country, BOTH on a secret honeymoon trip with their respective SO’s…

They had somehow booked the same dates to travel to the same country, been on the same flight and stayed at the same hotel.

Neither of them knew about the other ones travel plans.

Went to New York for a weekend with my girl a few years ago, we were walking up the Empire State Building and walking down the other way was my ex-girlfriend from my small town that i grew up in and had not chatted to for years.

I grew up in a small town in Southern England, wtf?

I went on holiday near the Everglades in Florida many years ago. I support an English football (soccer) team called Scunthorpe United. We’re not really good and we are in the fourth division of English football, we’re not like Manchester United.

Me and my parents stayed in a holiday home, and so we went to buy some groceries at the local Walmart one evening. So I go round one of the aisles – and there is a kid wearing a Scunthorpe shirt! Yep, of all the shirts of a sports team, there is a kid walking around with my team’s shirt on. I was just ecstatic to say the least.

I was introducing a guy to replace me at work in a town I was leaving. We had never met before, but it turned out he had not only worked (briefly) at the new place I was starting at, but also grew up in the house next to the one we just bought there.

I was on a bus at the airport in Rome, Italy. On the window of the bus was a sticker for the school I was currently attending for my Masters (the school is in the southern United States).

I grew up in Everett, WA. When I turned 22, I decided that I wanted to hitchhike America. In the beginning of my journey, I was in Sacramento, CA. I got stuck there, living on the streets for a while. I nice guy told me where I can find a good place to sleep for the night. He seemed familiar and genuinely nice. I took his advice and the next day, I was already on my way to LA. After my very, very long journey was over. I was 24 and back in Everett, WA.

I went to visit a friend one day and just happened to look in his neighbors window. It was that really nice guy from Sacramento. Turns out we grew up down the street from each other and went to the same high school. This showed my that literally anything can happen and you will never stop being amazed with what paths you take in life, the places and people who come and go on that path.

The street number for my parents’ home was #209.

My high school locker number was #209.

Safe deposit box in the bank vault was #209.

I made a crappy meme for one of the subreddits with a picture I had taken. Put it up for a few hours without much of anything happening with it and took it down.

About a week later in surfing Facebook and seen the exact picture shared by both my sister and step grandmother. Neither of them had a clue I had anything to do with it. 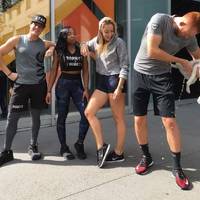 Monica 7 month s ago
Thanks for the last gif, it's from a popular drama show, here in Belgium 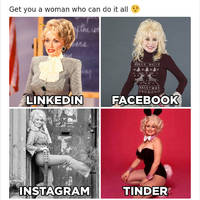 Cille 7 month s ago
Not a true story: I’m from New York City. I was in Tokyo on vacation, and almost every young Japanese person was wearing a Yankees cap. What a coincidence!
Reply
1 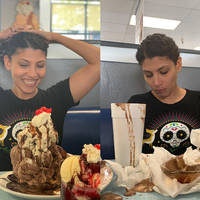 Zephaniah 7 month s ago
#1 Sorry you're so ashamed of your race. You can look forward to being miserable, and sharing it with everyone you meet.
Reply
1 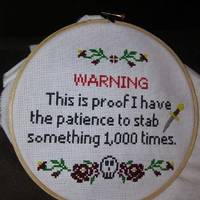 Antonia 7 month s ago
what would you do for a klondike bar?
Reply
How to comment