The Lord of the Rings
1 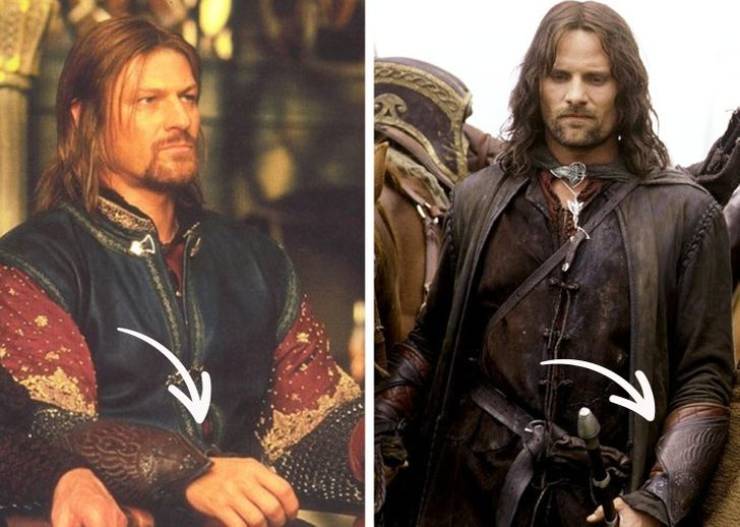 During the entire first film, Boromir wore arm armor with the symbols of Gondor. Before the death of Boromir, Aragorn promised him he wouldn’t let Gondor fall. When Boromir heard these words, he accepted Aragorn as his king. When Boromir died, Aragorn took his arm armor.

This scene is in the film, but it only lasts for about 2 seconds. And it’s more about the feelings of Aragorn, rather than about the armor. In the future, this fact is not highlighted but Aragorn wears the armor in almost all of the fights, right up until the end of the story.

Harry Potter and the Half-Blood Prince
2 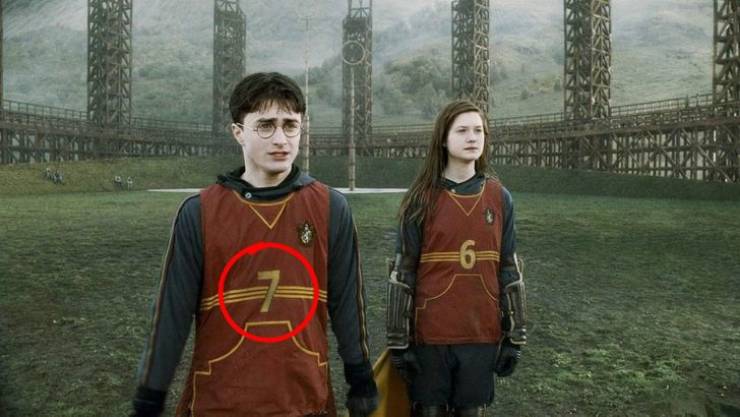 In the first 2 films about Harry Potter, the quidditch players didn’t have numbers on their uniforms. For the first time, the numbers appear in The Prisoner of Azkaban and then we see them clearly in the 6th film. This was a hint that Harry was Voldemort’s 7th horcrux. 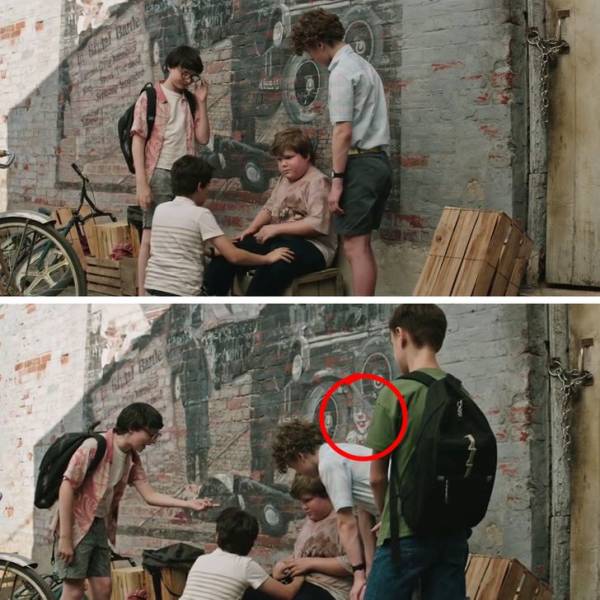 Pennywise secretly watched his victims throughout the whole film. Sometimes, he appears in the most unexpected places. Neither the characters nor the viewers notice this. 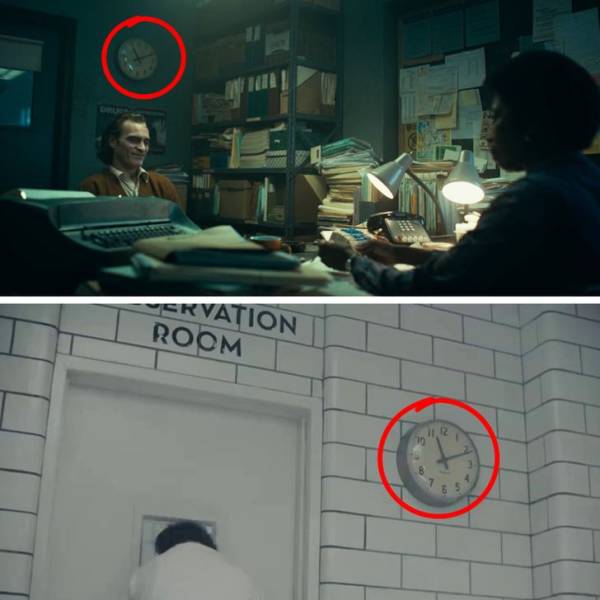 Every clock in this film is set to 11:11. Fans have many theories about this. One of them says that the clock doesn’t move because everything is happening in Arthur’s head.

In order to beat the powerful demon that terrorizes people, you have to call him by his name — Valak. It is interesting that in the film, the name can be seen several times but the characters don’t notice it. 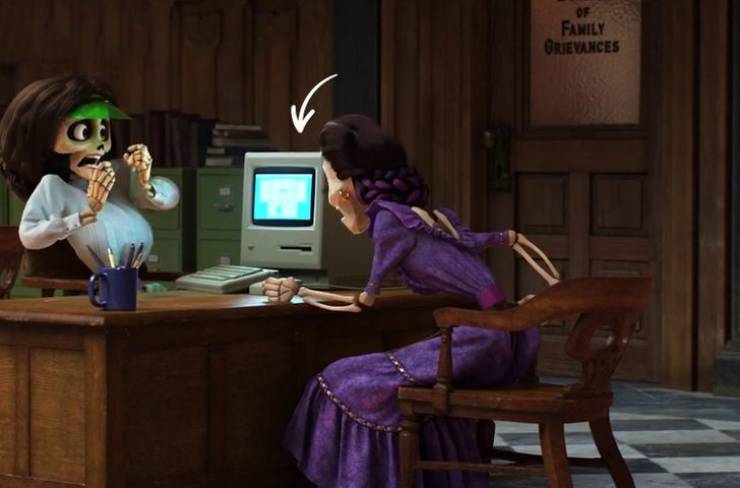 In the land of the dead, the characters use outdated technology, like for example, a Macintosh from the ’80s. This was the first personal computer made by Apple and the creators added it for a reason. The thing is in 1985, almost right after the release of the computer, Steve Jobs left Apple, and in 1986 he bought the Pixar company. And this was the studio that released Coco 31 years later.

Harry Potter and the Chamber of Secrets
7

The beautiful hair of Gilderoy Lockhart was just as fake as all of his achievements. Otherwise, why would he need an extra wig on his desk?

Harry Potter and the Goblet of Fire
8 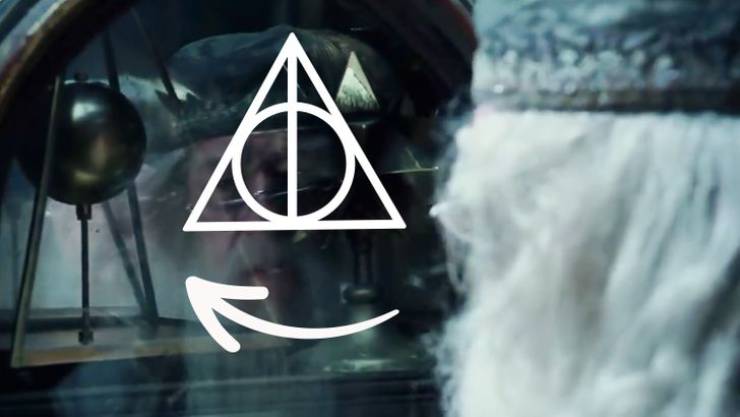 Graffiti and other signs repeat the lines from the song in the main characters’ earbuds.

When you watch the first part of the film, you don’t know the name of Uma Thurman’s character right until the very end. Only in Kill Bill: Vol. 2, she is finally addressed by her name. But Tarantino actually told us her name in the first film, when she was buying a plane ticket. 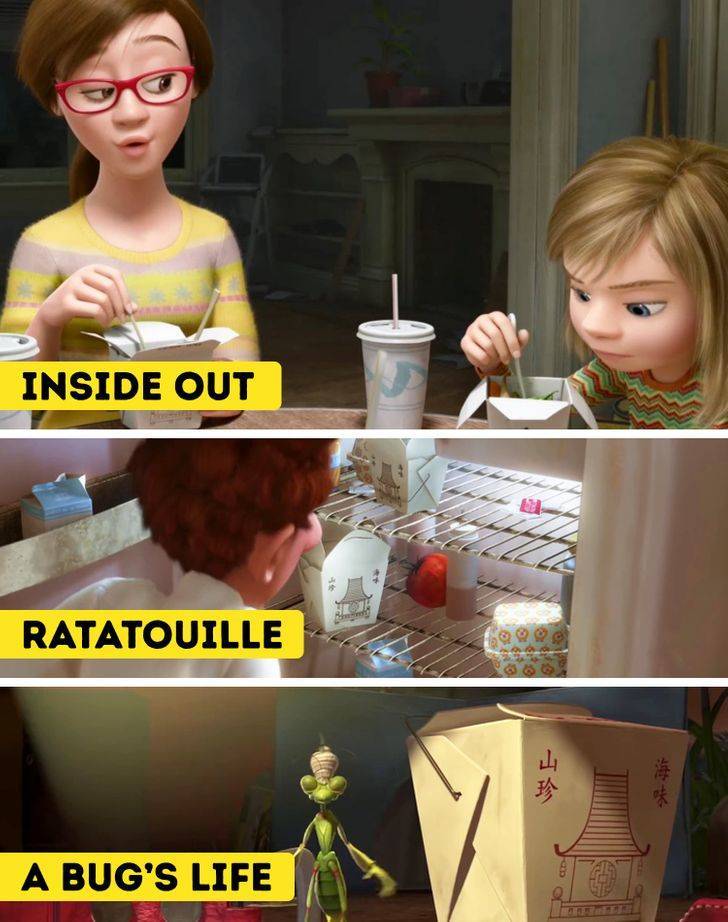 In some Pixar animations, you can see the same noodle box. This is just more proof for the fan theory that all the animations are in the same universe. 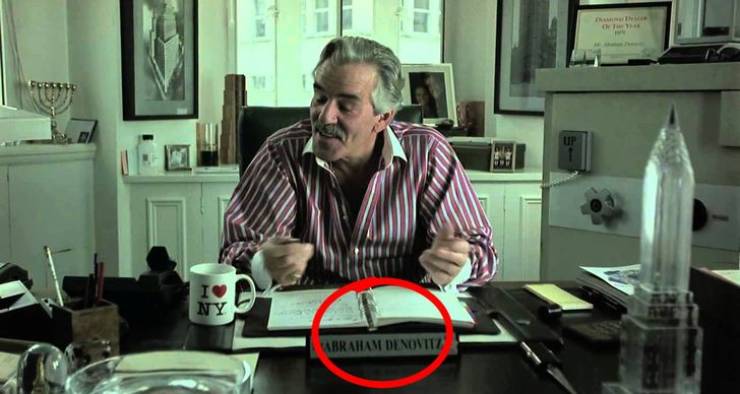 Avi is an alias. The real name of the character is on his desk sign: Abraham Denovitz. This is how we can deduce that the jeweler from New York is related to another character — Dug Denovitz, a jeweler from London.

In the film, there are many posters around abandoned New York. But one of them stands out. It’s Batman v Superman: Dawn of Justice. Warner Brothers doesn’t start making it until 9 years after the release of I Am Legend, but at the time, the creators were already thinking about creating the film. When Bella spends months near the window after Edward breaks up with her, you can see the photos of her friends disappear one by one. This is how the creators are telling us that Bella cut herself off from the entire world. 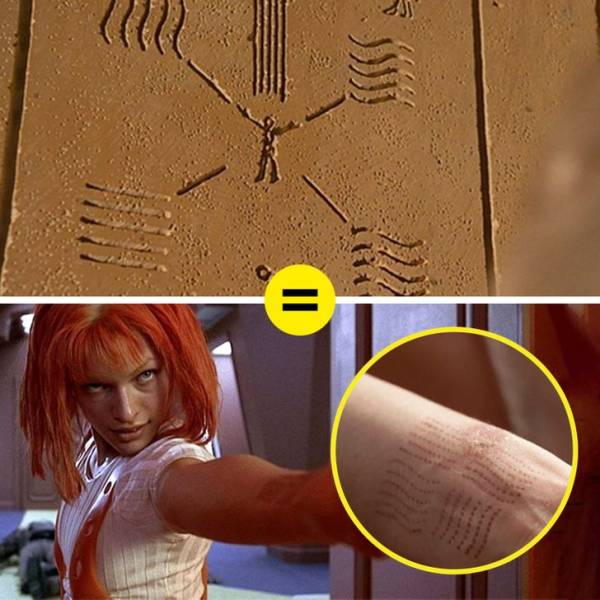 In the plot, the fifth element was supposed to unite with the 4 elements of Earth in order to fight the incoming evil. At the beginning of the movie, we see the hieroglyphs of all the elements: each of them consists of 5 lines. This is why the number 5 is seen in many different scenes.

It would make sense for Leeloo to have a tattoo on her arm to unite all 4 elements. And she has it. But for some reason, there are 6 lines instead of 5. Fans think that the creators just made a mistake and didn’t correct it. 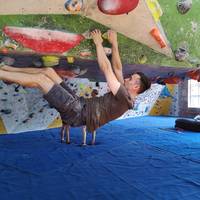 Lexi 9 month s ago
You know in the bizness we call them easter eggs. cheers!
Reply
-3

Alfy 9 month s ago
#6 its because Mexicans use outdated tech and get things second hand...
Reply