In fact, Dina was one of many feral children found in India over the years. Turns out, the country has a long history of children raised by all kinds of animals, such as panthers, dogs, and even chickens 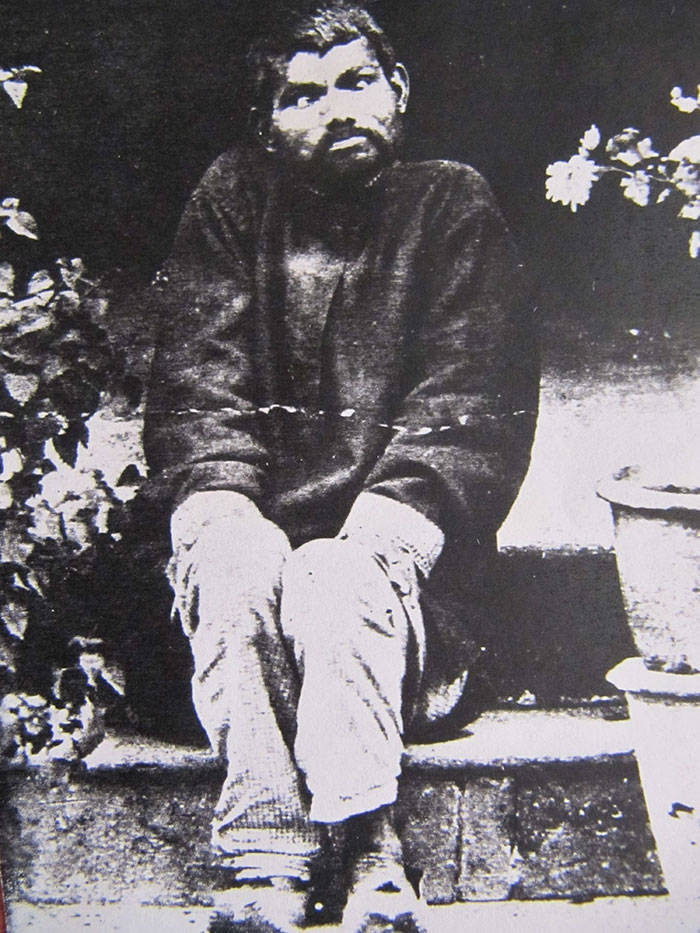 In 1872, Dina Sanichar was discovered by a group of hunters in Uttar Pradesh. The boy was walking on all fours and was following a pack of wolves 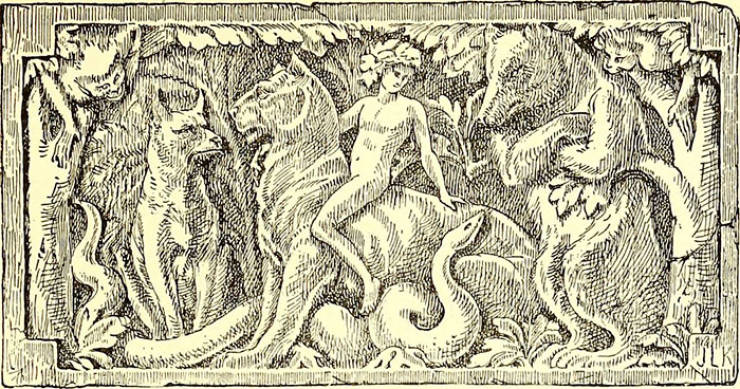 After that, the boy, along with his companions, retreated into a den. This whole sight was both intriguing and absolutely terrifying to the hunters. Since the mysterious boy piqued their interest, the crew was determined to get their hands on him. First of all, the hunters attempted to get them out of the cave by setting it on fire. When the wolves and the boy finally came out, the hunters killed the wolves and took the boy with them.

The boy was believed to be six years old 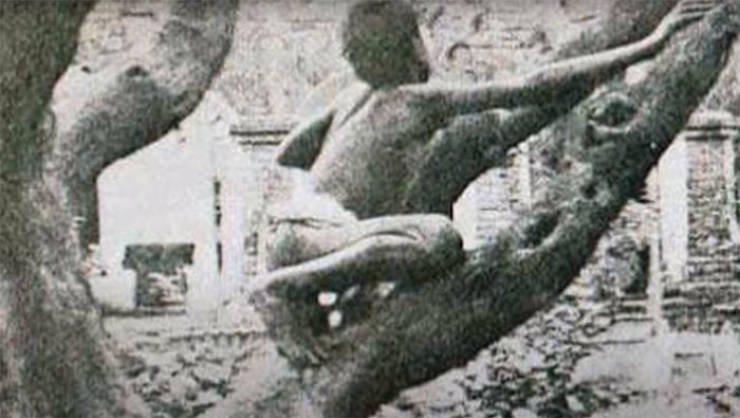 The hunters brought the boy to an orphanage where he was baptized and given the name Sanichar, which means “Saturday” in Urdu because that’s the day he arrived at the orphanage.

Sanichar struggled a lot. The boy was considered to have a really low IQ: father Erhardt, who was the head of the orphanage, noted that though the boy was “undoubtedly pagal (imbecile or idiotic), [he] still shows signs of reason and sometimes actual shrewdness.” Besides, he never learnt how to speak. At the orphanage, many tried to teach him to do so, but he never managed to learn how to speak, read, or write. 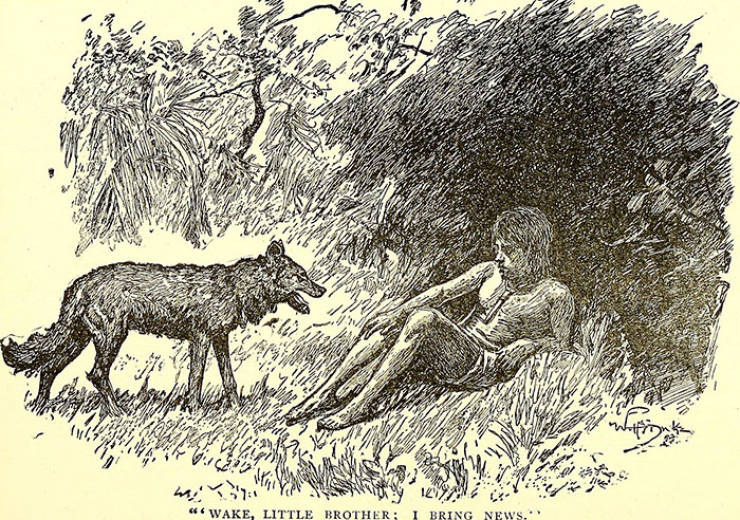 Even though eventually Sanichar learned to walk on two legs, he still struggled with wearing clothes and preferred to be naked

Besides, when he first arrived at the orphanage, he refused to eat cooked meals and would sharpen his teeth on bones 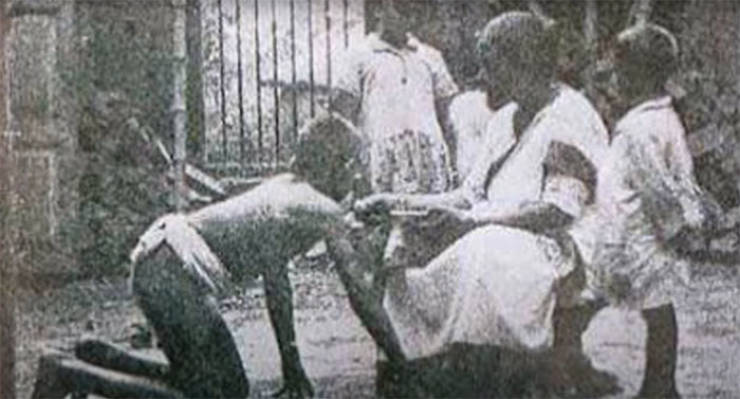 But despite showing almost no human traits, he managed to make a human friend. Apparently, in the orphanage, there was another feral child who also grew up with animals. Since both boys grew up in wildlife, they had a difficult time relating to humans and that probably was the reason why they managed to form this distinct bond between one another. Father Erhardt noted that “a strange bond of sympathy attached these two boys together, and the elder one first taught the younger to drink out of a cup.”

One of few humanly habits Sanichar integrated into his own life was smoking! 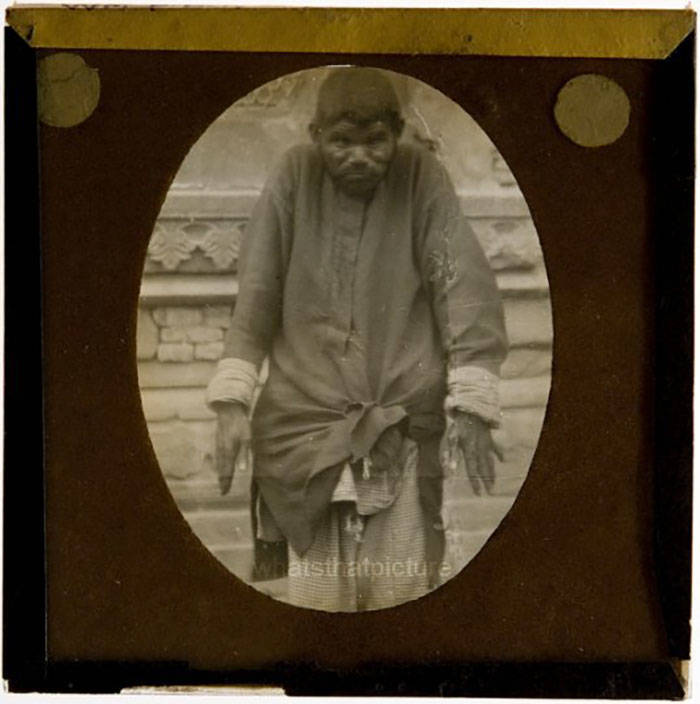 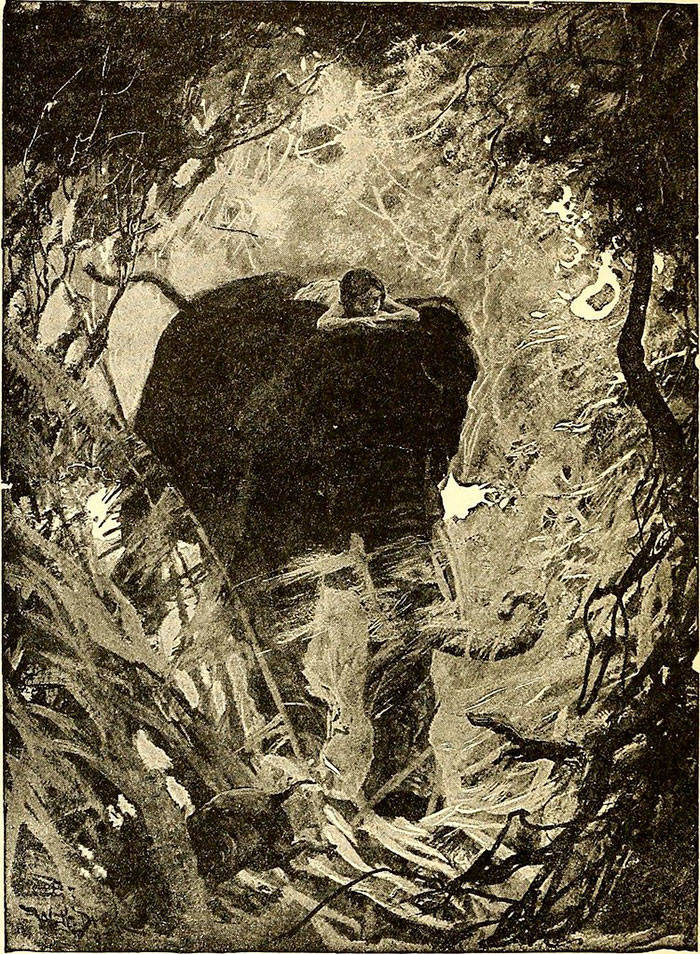 Dina’s development was overall abnormal: even after 10 years of living among humans, he was very anxious and jumpy, barely five feet tall, had very large teeth and a low forehead. Having spent most of his childhood with wolves, he must have felt like a confused alien, forcefully separated from his own home.

Dina passed away in 1895 from tuberculosis. He was just 29 years old

As we mentioned before, there were many accounts of feral children raised by animals found in India over the years 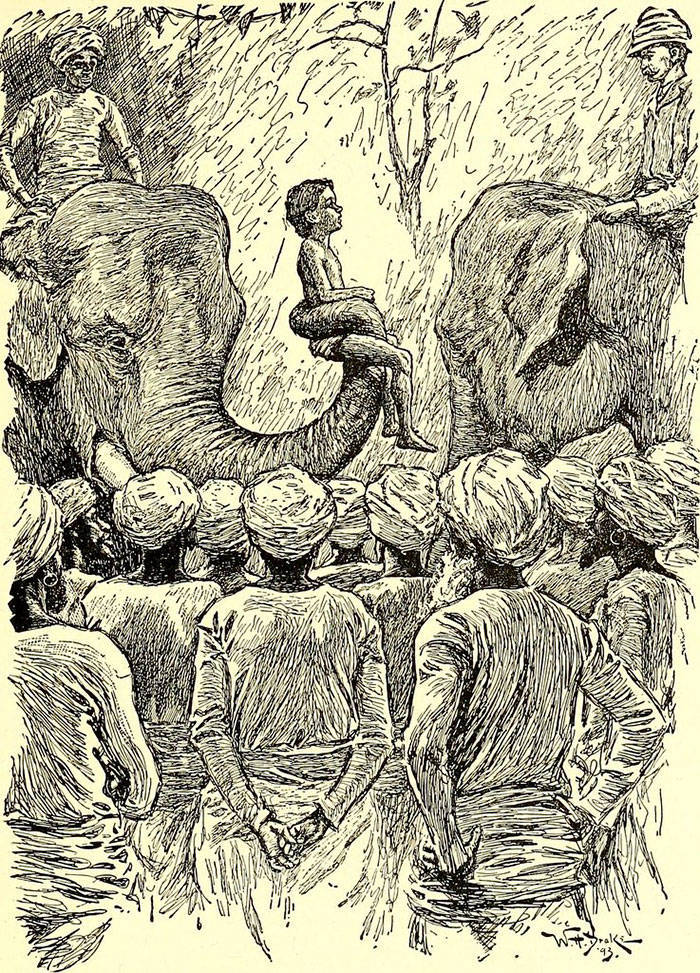 Around the time of Dina’s discovery, four other feral wolf children were also reported in India, and over the years, there were many more of these cases.

One of the most famous cases involved two girls named Amala and Kamala. Reportedly, these girls were rescued from a pack of wolves in India in the 1920s. The man who found them was named J.A.L. Singh and he claimed that they howled at the moon, walked on four legs, and only ate raw meat.

There are many more stories like that out there, but many of them were later debunked. So, I guess, we’ll never know. 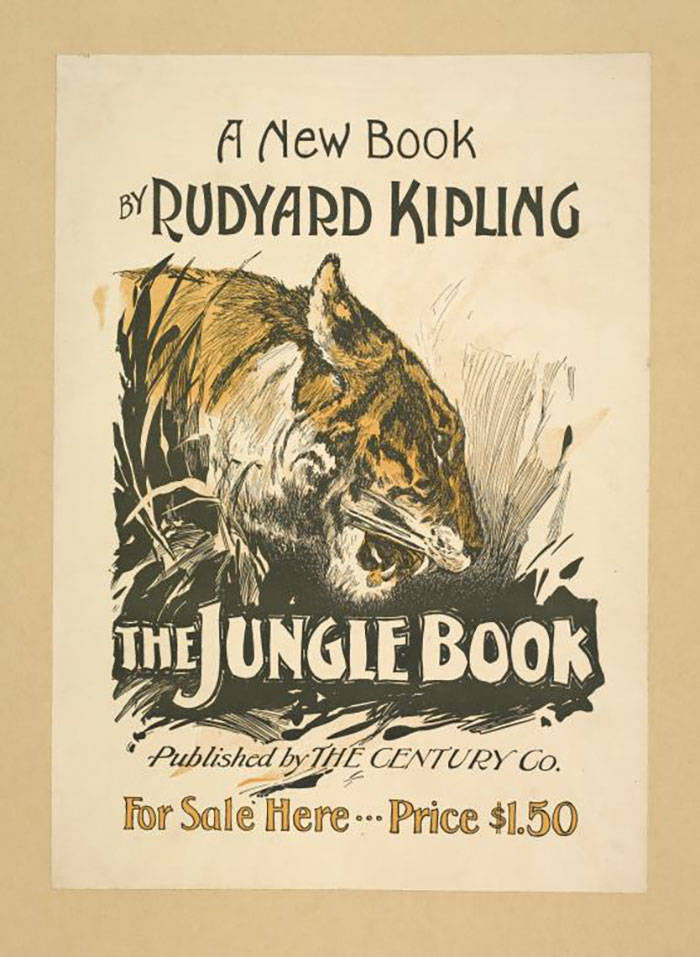 One such artist was Rudyard Kipling, who wrote the famous book about Mowgli called The Jungle Book. The author never explicitly claimed that his Mowgli character was based on Dina Sanichar, although the part in which the character was conceived portrays the way Dina was taken care of. Besides, the timeline aligns quite perfectly, since the book was published approximately 20 years after the discovery of the boy. 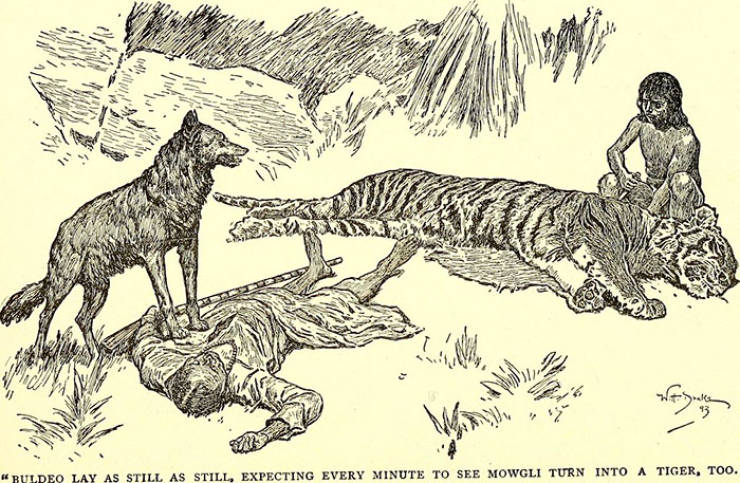 Unlike Mowgli, Dina didn’t leave the jungle willingly and was rather forced back into human society 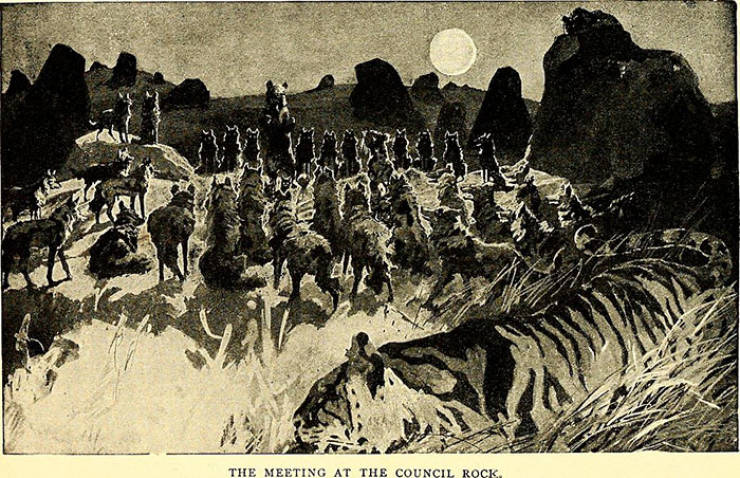 Even though he was forcefully brought back to society, he never managed to meet the expectations of those around him. After spending the first 6 years of his life living in the jungle, it was simply impossible for him to rewire his brain and turn into a real human being. So, for the rest of his life, he continued to be this fascinatingly tragic being he had been conditioned to be.

In a way, Dina was bound to psychologically and developmentally stay in the jungle for the rest of his life 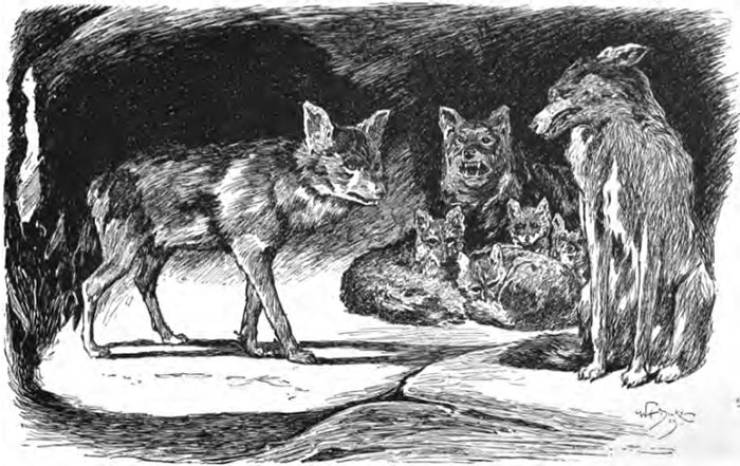