There Is An All-Female Ranger Unit Protecting Zimbabwe Wildlife From Poachers! (23 PICS)

Meet the Akashinga: an all-female unit of rangers protecting wildlife from poachers in Zimbabwe 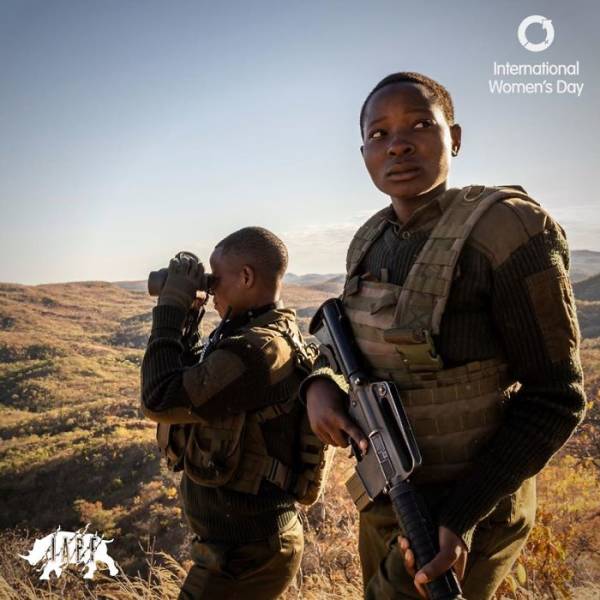 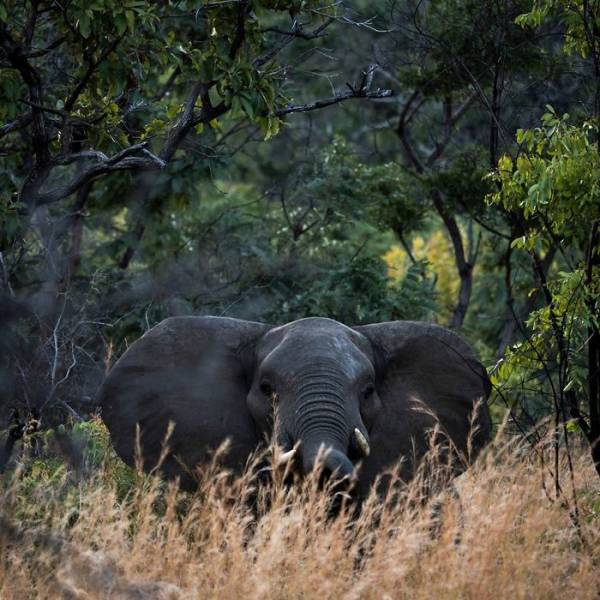 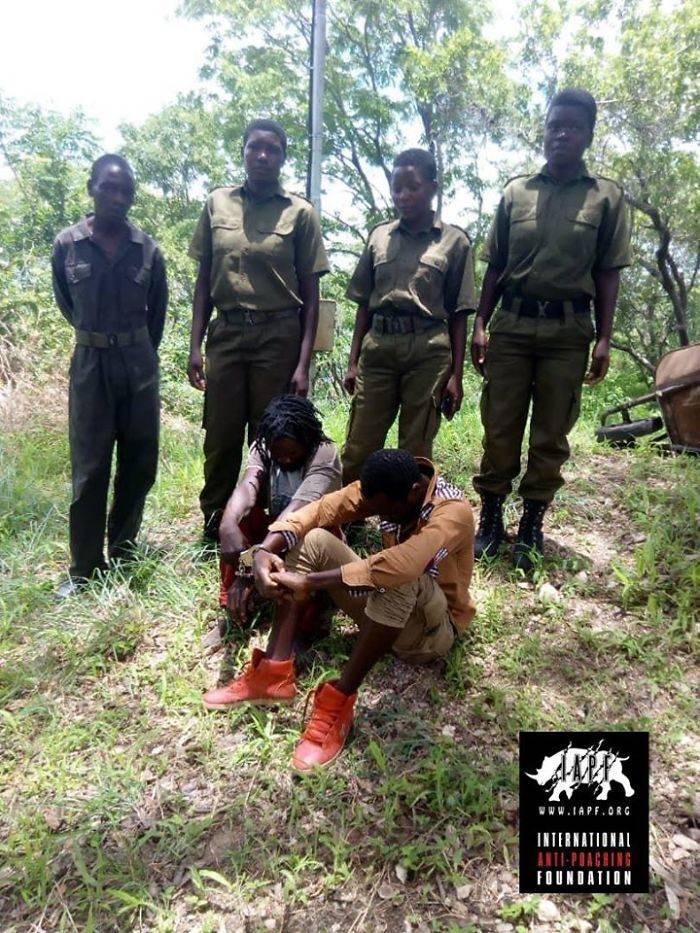 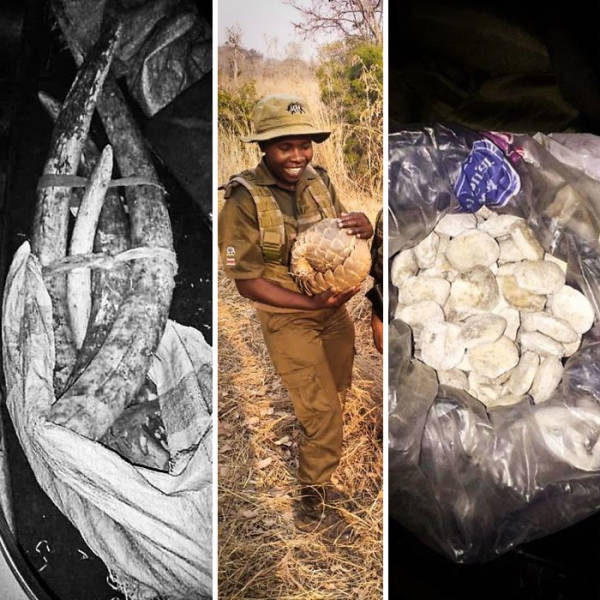 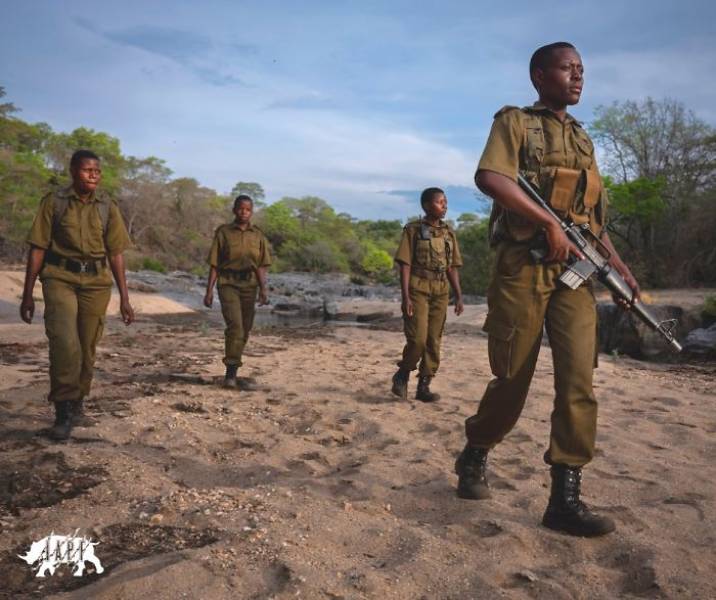 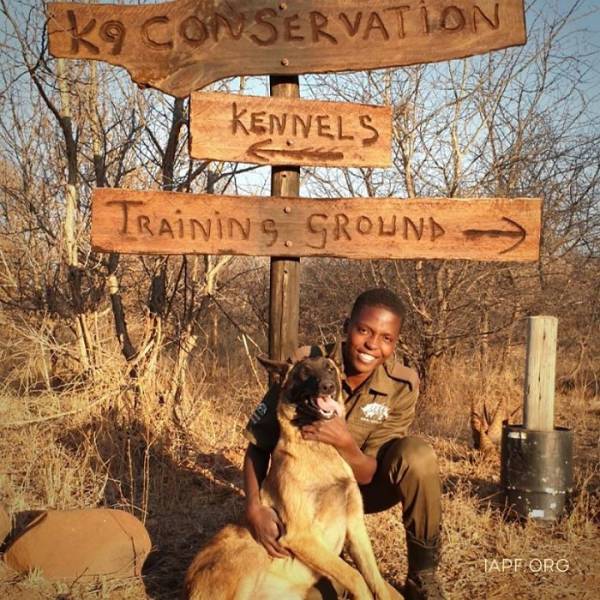 Pulley told us that the idea for the documentary was created by Maria Wilhelm “with the incredible support of James Cameron.”

“Maria is the force behind projects like ‘Game Changers’ and ‘Years of Living Dangerously.’ She brought me on board for two amazing weeks in Zimbabwe filming with the women rangers,” Pulley said.

According to him, meeting Petronella Chigumbura, a “truly inspiring” ranger who is also a mother of two, was “a life highlight.” Pulley shared his thoughts that she might be president of Zimbabwe someday.

“The program itself is run by Damien Mander. He puts the women and the wildlife first… setting ideals for training and living, but giving the women the power to run the project,” Pulley shared. “Filming was actually pretty easy—the story is so powerful, we simply went out with the rangers each day and filmed what they do.” 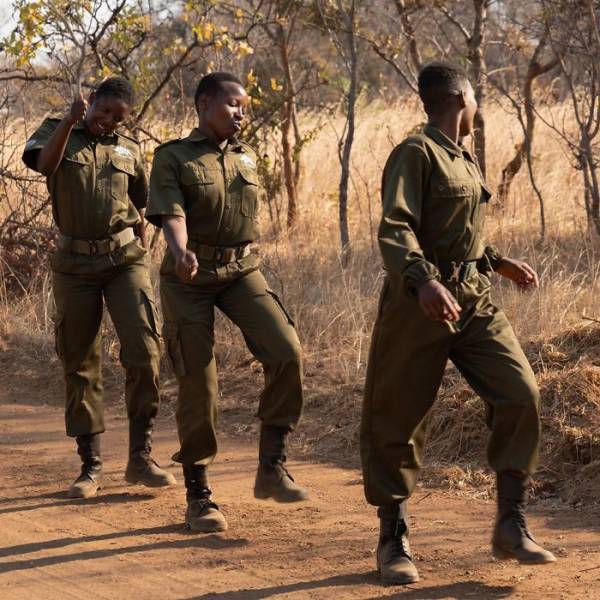 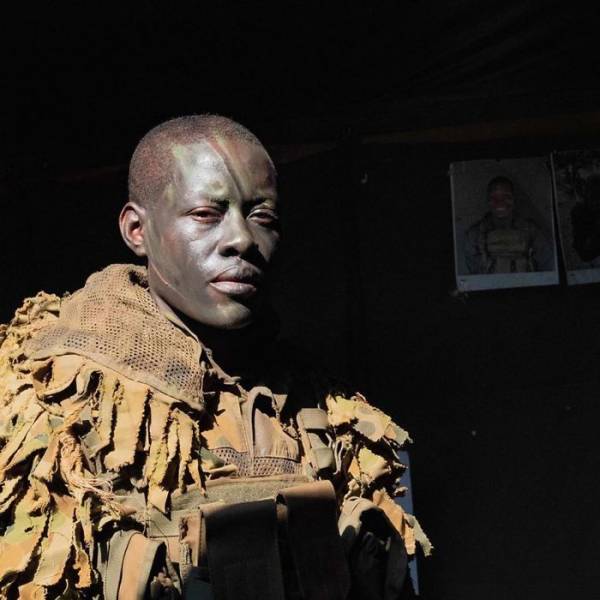 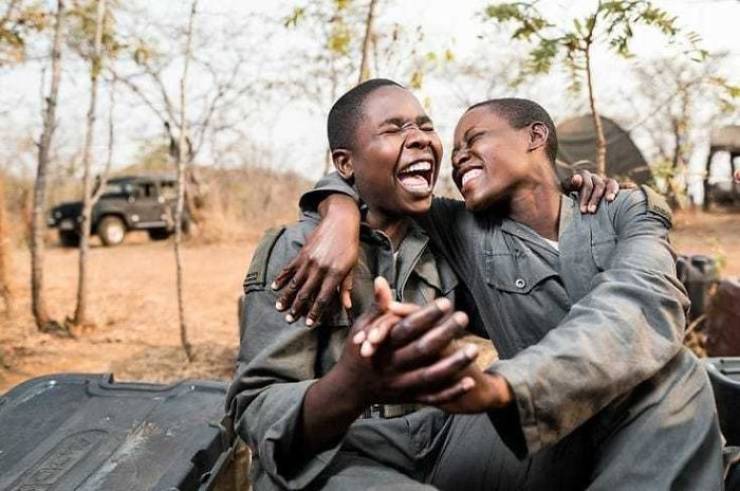 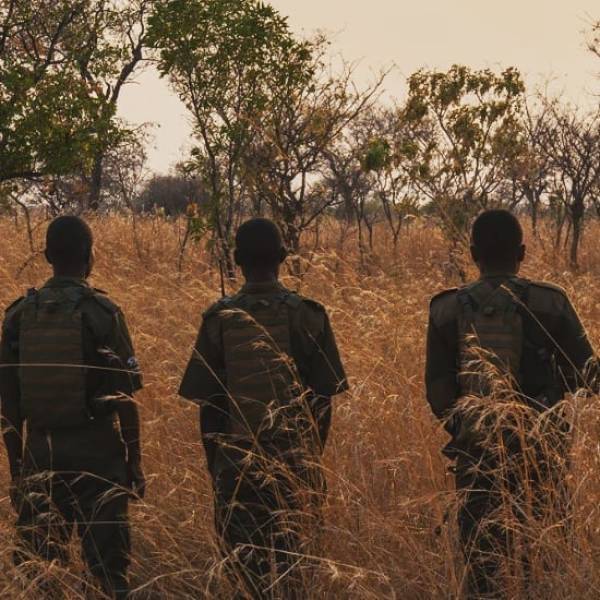 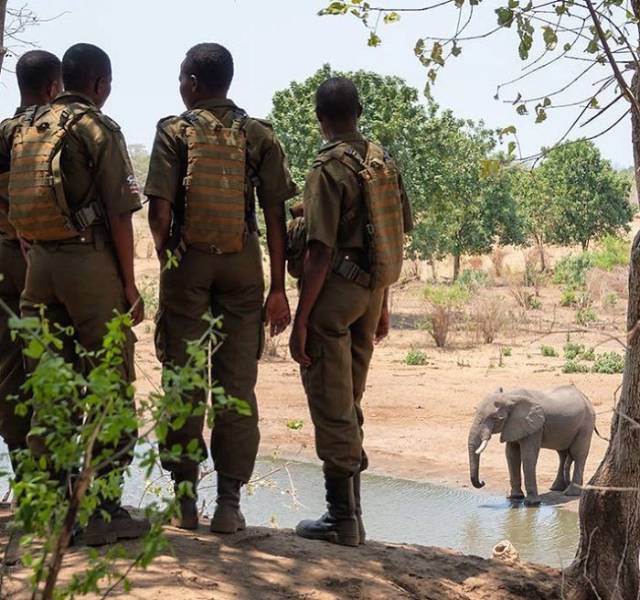 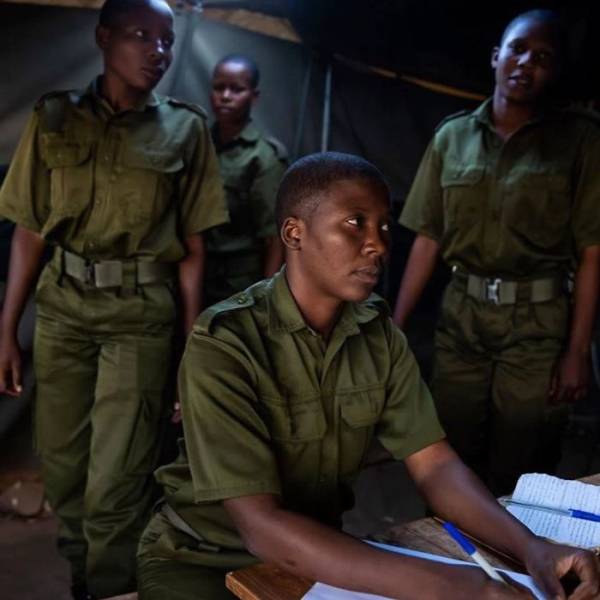 He continued about what the filming process on the ground was actually like. “Watching the new recruits come in and seeing them graduate was really compelling. We filmed on Black Magic Ursa Mini Pro at 24fps, using prime lenses as much as possible and often shooting at a high frame rate to capture the poetry of the ranger’s motion. Controlled, squared framings were used to focus the power of Petronella and the other rangers in the composition.”

However, filming the documentary wasn’t without its challenges. Pulley pointed out that the biggest problem the crew faced was the heat. “But we watched the women and the rangers push through and work much harder than us, so it motivated us to keep going too,” he spoke about how inspirational the Akashinga were.

“And after every shoot day, we went back to the camp with the rangers for the most incredible food! All vegan and so delicious. I hope we will be able to do a follow-up someday! I have no doubt we will see that the program has grown even bigger and that the recruits we met will be powerful rangers like Petronella.” 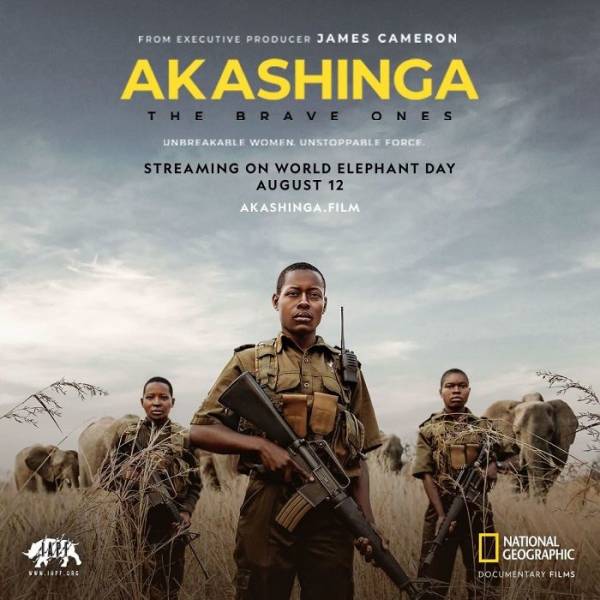 The Akashinga is made up of disadvantaged women , many of whom are survivors of domestic abuse or sexual assault. They patrol Zimbabwe’s 115-square-mile Phundundu Wildlife Area, managed by the IAPF and protect not only elephants but other animals as well, including rhinos and lions. Currently, around 85k elephants live in Zimbabwe.

The dangers to these animals come not just from poachers directly but also from the cyanide and snare traps they leave behind which can seriously harm or kill the local fauna.

The Akashinga was founded by former Australian special forces soldier and anti-poaching figure Damien Mander who favors a ‘community buy-in’ approach instead of a full-on armed assault against poachers. In other words, he believes that once a community understands the economic benefits of preserving wildlife, poaching will be eliminated peacefully.

The IAPF plans to employ 1k female rangers by 2025 in order to protect 20 nature preserves. The Akashinga program doesn’t just benefit nature, though: it’s also a way for women to rebuild their lives, feel empowered, and become leaders of their communities.

“As a woman, I was focused on using Akashinga as a tool to fight my battle for a better life. I can now feed my kids and pay school fees for them. I acquired a driver’s license, which is a big deal for women in Africa! I am also building a big house for my children. Now I have the pride of having my own future,” one of the rangers featured in the Nat Geo documentary, 30-year-old single mother of two Petronella, said how the program turned her life around.

Meanwhile, 28-year-old sergeant Nyaradzo Auxillia Hoto explained that she wanted to prove the stereotype that only men can become rangers wrong. “At first, my community couldn’t believe a woman could be a ranger. But the sky is the limit, and women can also be rangers. I managed to pursue my educational dreams. I dropped out of school many years ago; I am now a part-time student at one of the universities in Zimbabwe, pursuing a bachelor’s degree with honors in science, wildlife, ecology, and conservation. I also managed to buy a plot of land in our community.”

She added: “Animals shouldn’t suffer or feel pain for the sake of our needs and desires. They have the right to live and enjoy their life. They also have an aesthetic value, a natural beauty, and artistic value that I find so lovely.”

Here’s what people said about the Akashinga

Alverta 6 month s ago
What is the psychological value of showing a white guy surrounded by angry black women? I guess the wakanda comment a few days ago served as a guiding light.
Reply
0

Amabel 6 month s ago
Try feeding your people. It might solve the problem.
Reply
X
>
1/1
<