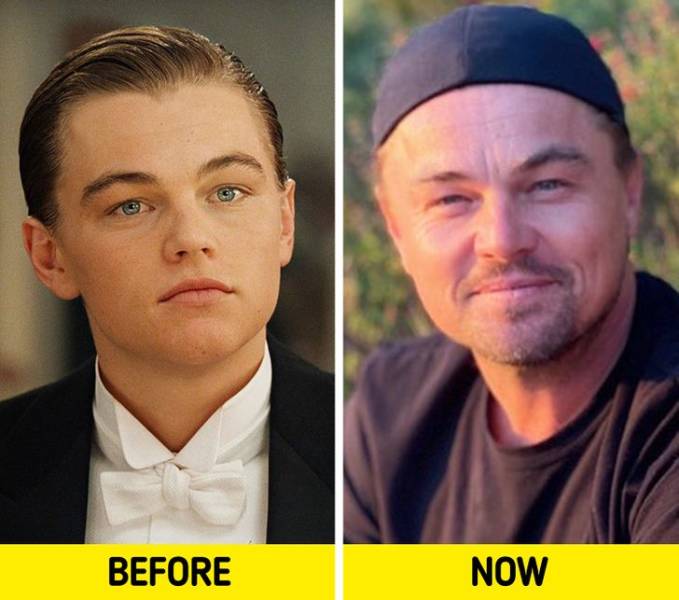 Leonardo DiCaprio won over many viewers thanks to his role as Jack Dawson, but his performance didn’t manage to capture the members of the Academy, so he didn’t manage to get his hands on an Oscar that year — or any time soon after, for that matter. He had to wait a whopping 18 years to get the coveted statuette for his performance in The Revenant. His latest hit was Tarantino’s Once Upon a Time in Hollywood, in which he starred alongside Brad Pitt, another iconic actor who made more than one fan swoon in the ’90s. That performance earned DiCaprio another Academy Award nomination. Regarding his personal life, he’s currently dating the Argentinean model, Camila Morrone.

Moreover, he remains a beloved and professional colleague. In fact, after winning a Golden Globe for Once Upon a Time in Hollywood, Brad Pitt did not hesitate to honor his fellow actor by saying: “I also have to thank my partner in crime, LDC. I used to watch, year after year, his co-stars accept awards and get up and thank him profusely. Now I know why. He’s an all-star, he’s a gent, and I wouldn’t be here without you, man. I thank you.” But then he managed to troll DiCaprio in the most elegant way by referring to Titanic: “Still, I would’ve shared the raft.” Yep, Brad, we all would have done the same. Except for Rose, that is.