75-Year-Old Man Loses His Wife, Makes A Poster To Look For Friends (19 PICS)

75 Y.O. Tony Williams from Alton, England recently lost his wife, and, unfortunately, has no kids or friends 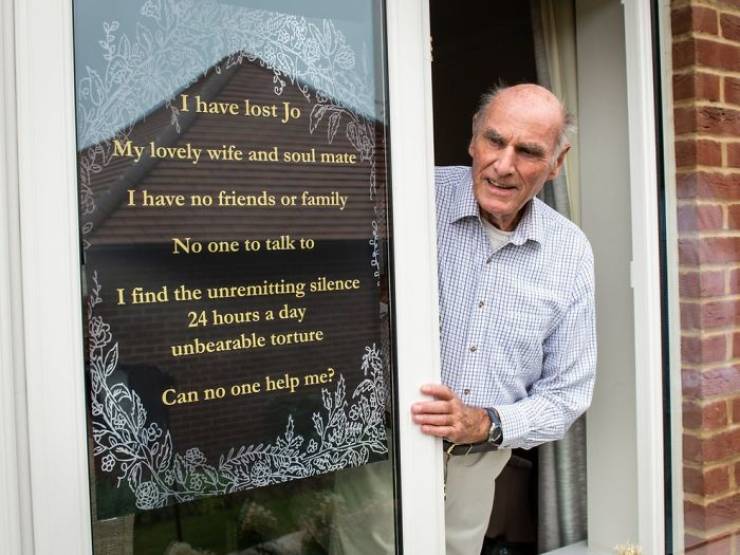 Tony Williams is a 75-year-old retired physicist who was unfortunately unable to have children with his late wife Jo. Without any immediate family or friends nearby and with the pandemic at large, he now finds himself alone at home, waiting for his phone to ring, which is a rare occasion.

He tried several methods for finding people to chat with. He first put out two ads, each costing £120, in the local newspaper. Then, he also tried handing out business cards to people while on one of his walks. Sadly, nobody responded in either case.

To fight his unexpected and sudden loneliness, he decided to put up a poster on his window 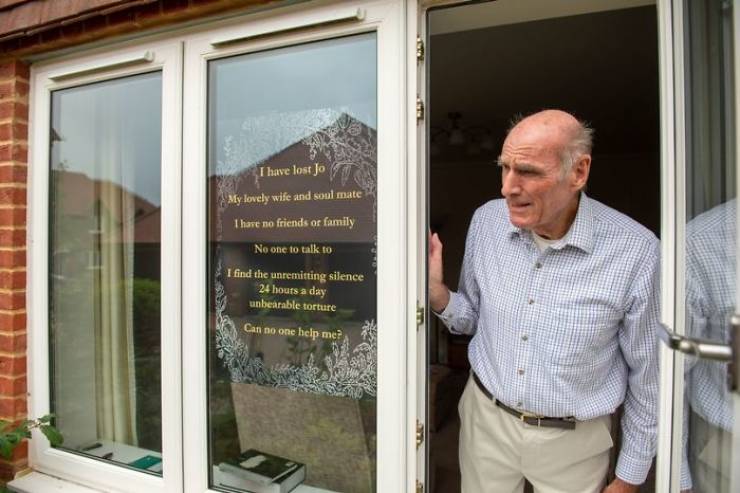 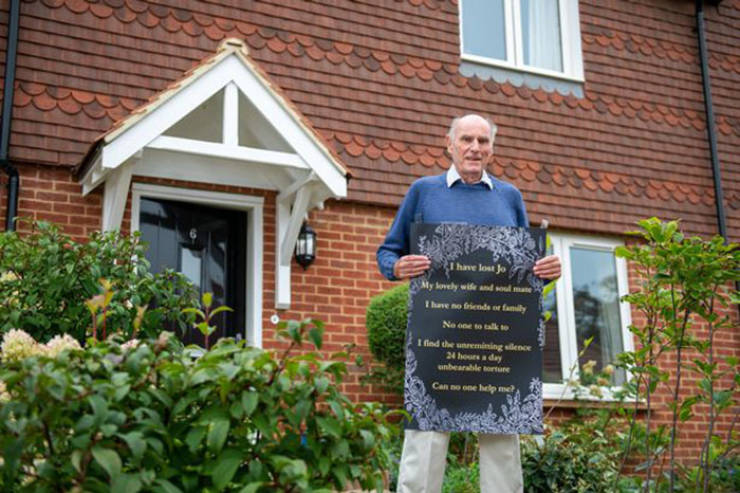 So, he decided to try out something that he didn’t think would work, but it certainly was worth a try—he put up a poster on his home window that read as follows:

“I have lost Jo, my lovely wife and soulmate. I have no friends and nobody to talk to. I find the unremitting silence 24 hours a day unbearable torture. Can nobody help me?”

Apart from Jo, his wife of 35 years, Tony doesn’t have anyone to talk to and is now living in silence in his home 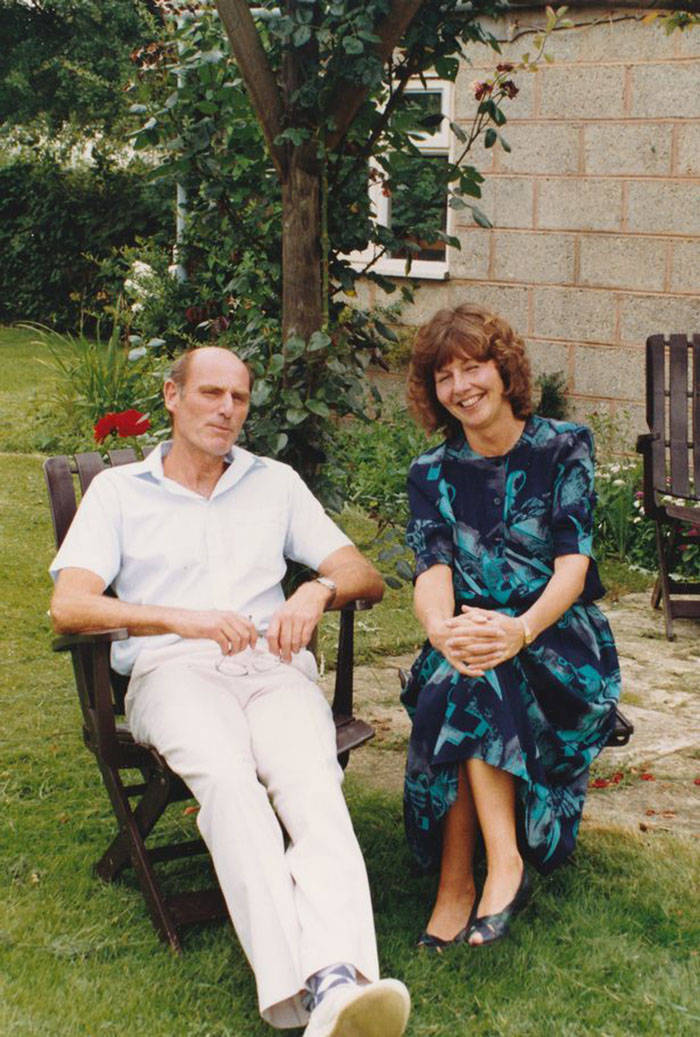 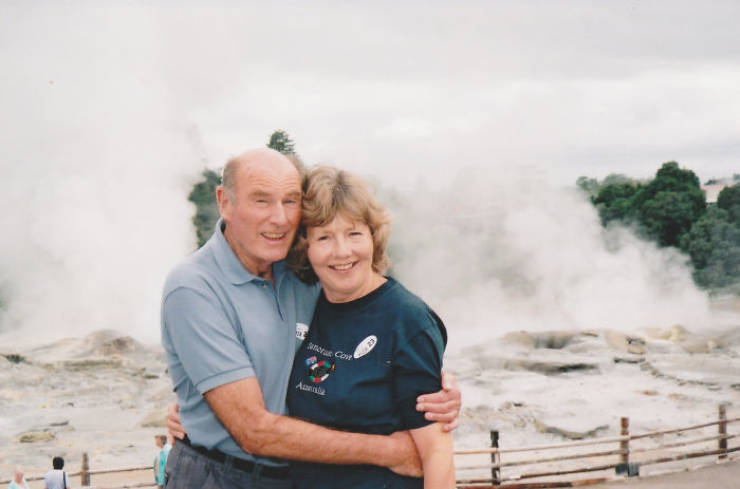 Tony first met Jo, who was a legal secretary, over 35 years ago at a bar. The time spent together in marriage was like “perfect harmony,” as Tony described it. He elaborated that their relationship felt very natural; it was as if he had known her all his life. No secrets, total openness, true soulmates.

“Jo was my best friend and we had a lovely life. But now I’m all by myself,” elaborated Tony. “My wonderful wife has just died, and I have nobody. All I want is for somebody to see the sign and phone me up. I just want a nice conversation so I’m not sat in silence all day long.”

He has tried putting up ads in the local newspaper and handing out business cards, but to no avail 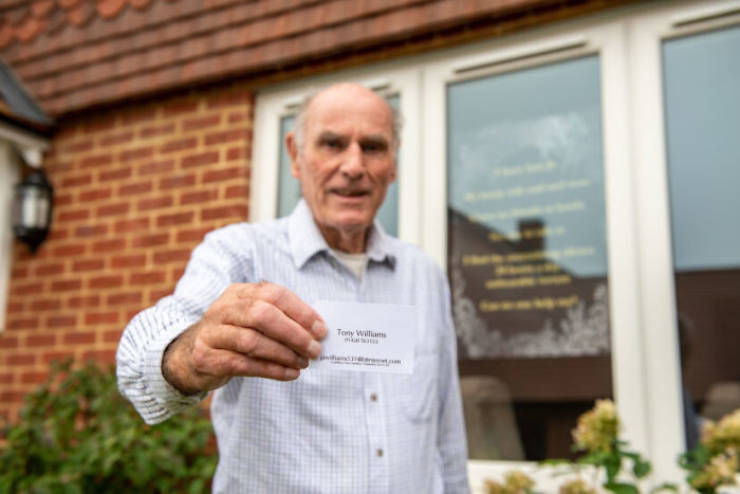 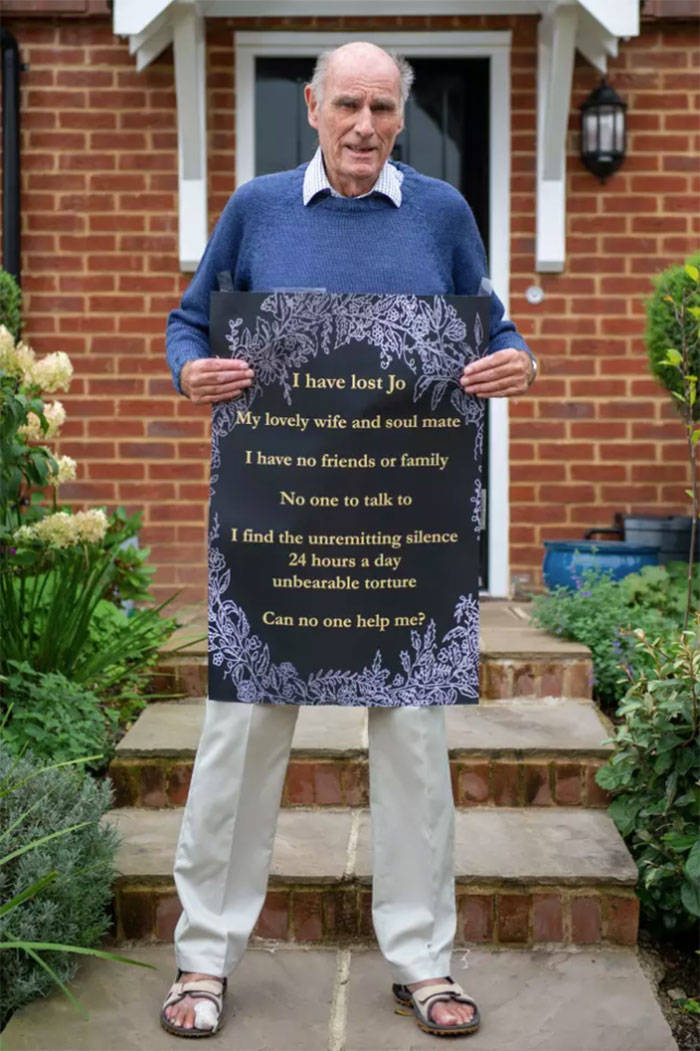 The two had lived in Kempley, Forest of Dean, and Gloucestershire for around 25 years before moving to East Hampshire so that Jo could be closer to her sister. However, soon after, Jo fell ill and passed away just nine days after her diagnosis with pancreatic cancer.

The two would spend their evenings cooking, laughing, and listening to music together, sometimes several hours at a time. Tony explained that it was the highlight of their day after a hard day’s work.

Fortunately, his poster was spotted by the media and is now making headlines left and right 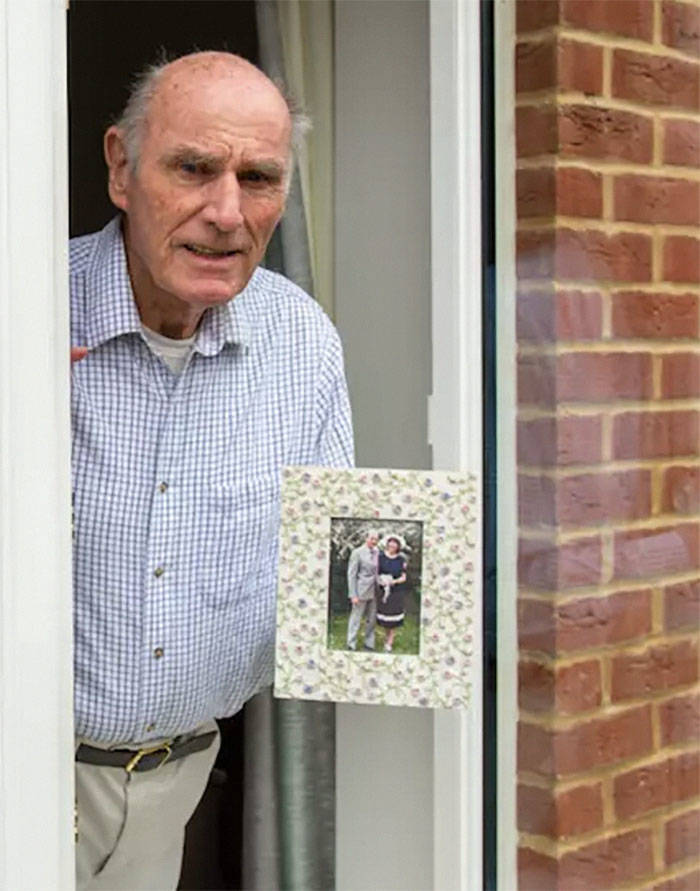 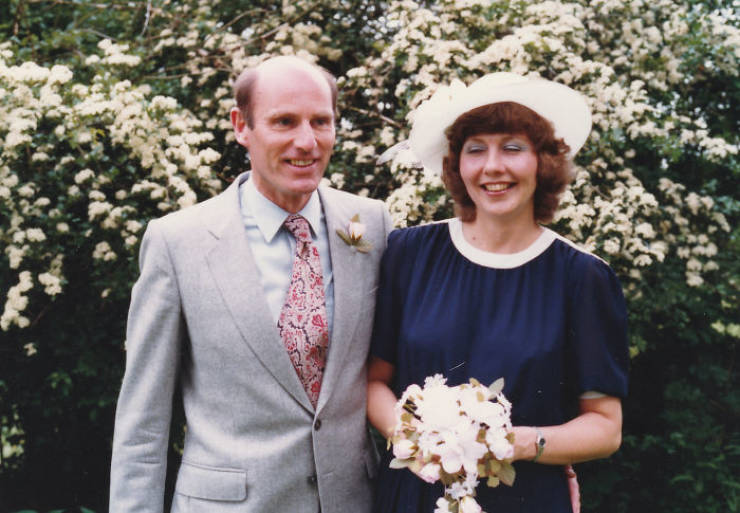 Well, sure enough, plopping down a poster at his window seemed to do the trick as Tony’s poster is now making headlines all over the place. Let’s hope this does not turn back on him and he is not bombarded by phone calls at all hours of the day!

Here’s how people on the internet reacted 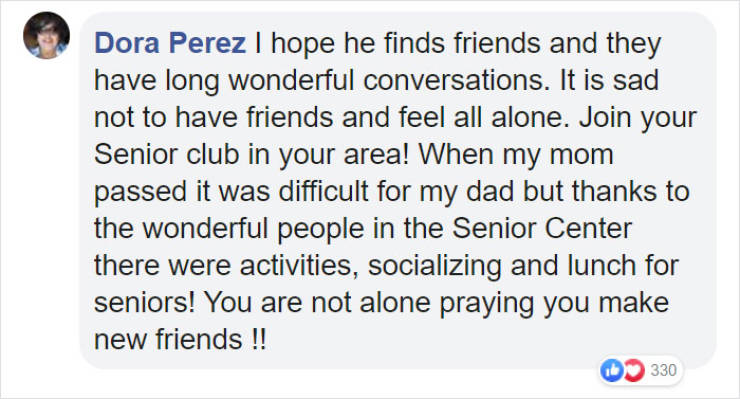