This year, the Royal Meteorological Society and weather forecaster “AccuWeather” have received over 7,700 entries for their “Weather Photographer of the Year” competition. Photographer Rudolf Sulgan took home the grand prize for his photograph of people making their way across the Brooklyn Bridge in the middle of a blizzard. 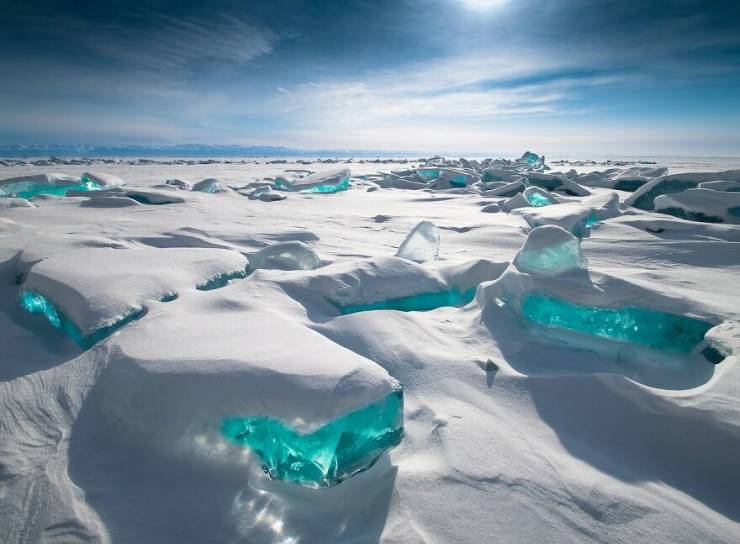 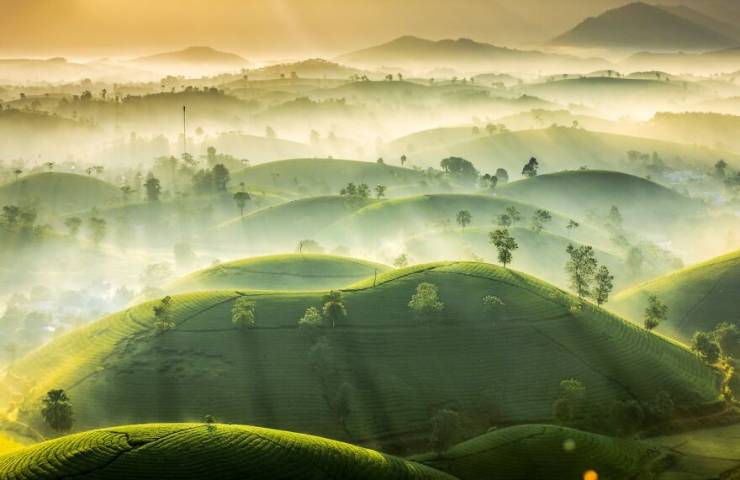 Young Weather Photographer Of The Year 2020: Runner Up 'Surf's Up' By Emma Rose Karsten 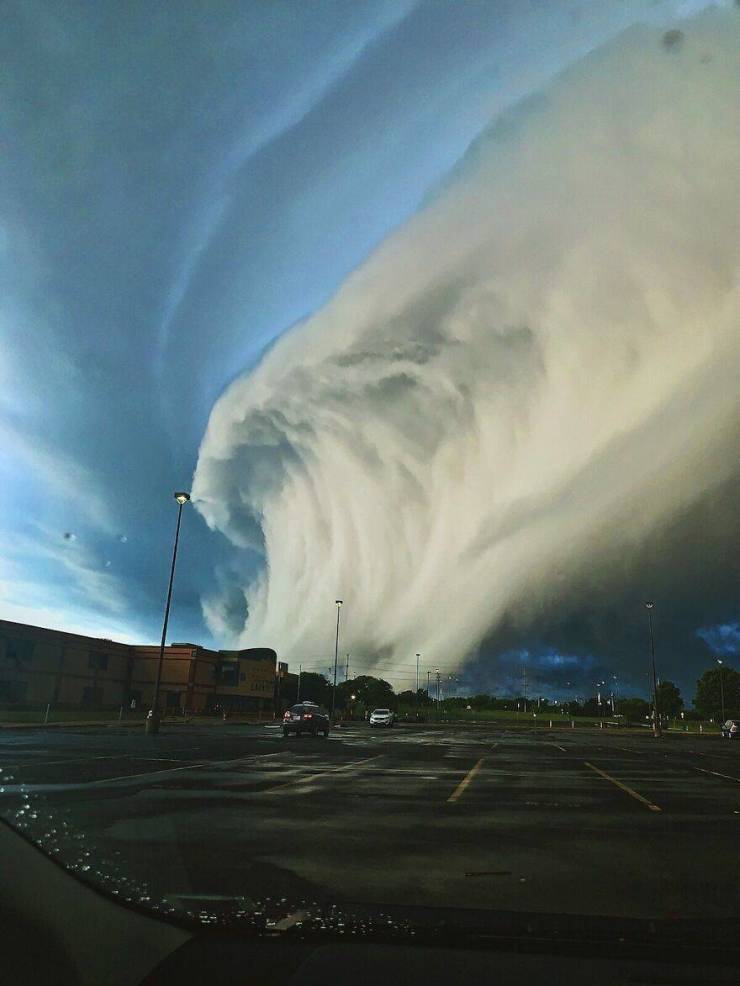 "This photo was taken in June 22,2020 from the parking lot of my high school - Lafayette High School in Wildwood MO (a suburb of St. Louis). For a split second I thought it was a huge wall of water! Shortly after this cloud appeared it rained, but not a significant amount. It was awesome. Literally." 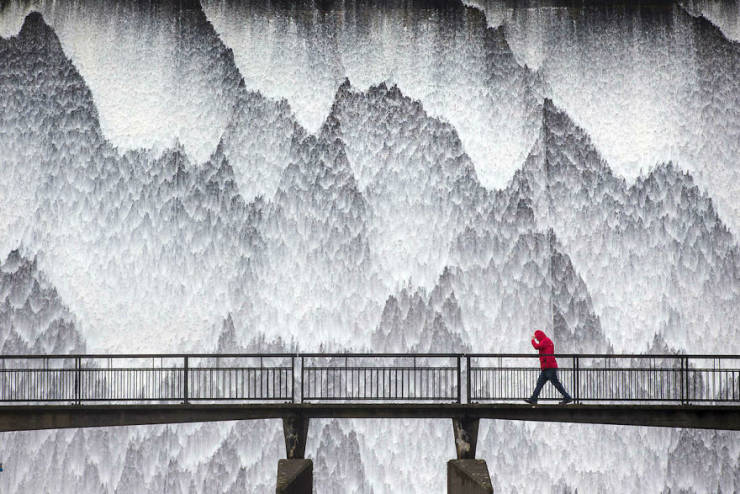 "Water cascades down the dam wall of Wet Sleddale reservoir near Shap in Cumbria after a period of very heavy rain. "

Finalist 'Before A Storm' By Mikhail Shcheglov 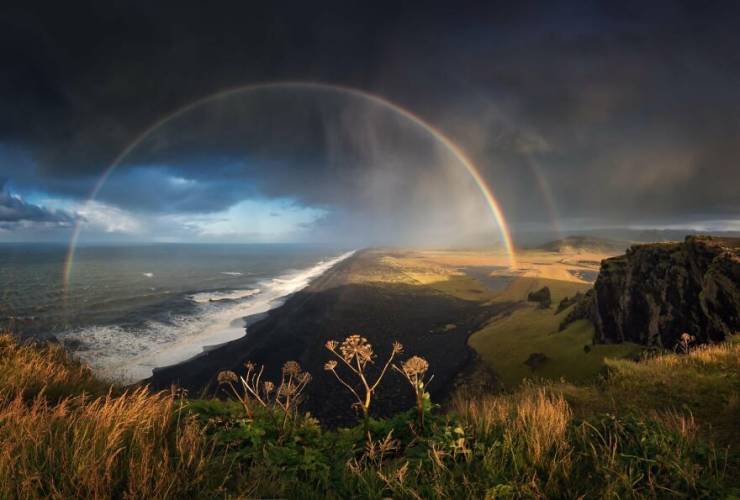 "A few seconds before the hail. Iceland, Dyrholaey." 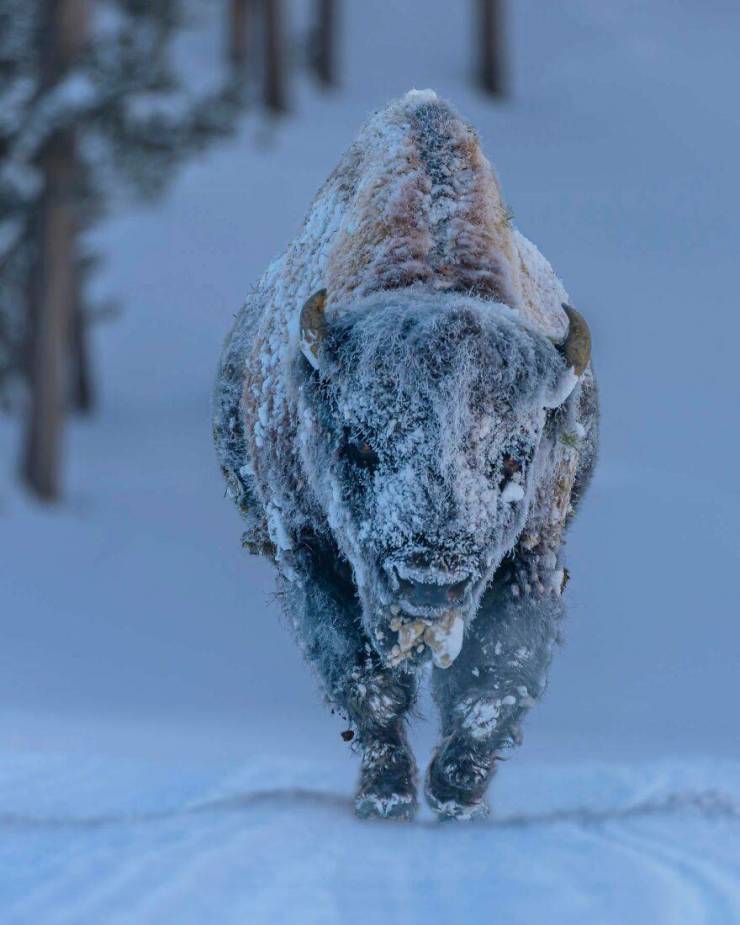 "We were in the snow coach just after sunrise on a single digit morning in Yellowstone when this ole boy/girl came ambling around a corner. We hopped out, grabbed some photos and got back in respecting the 25 yard distance rule." 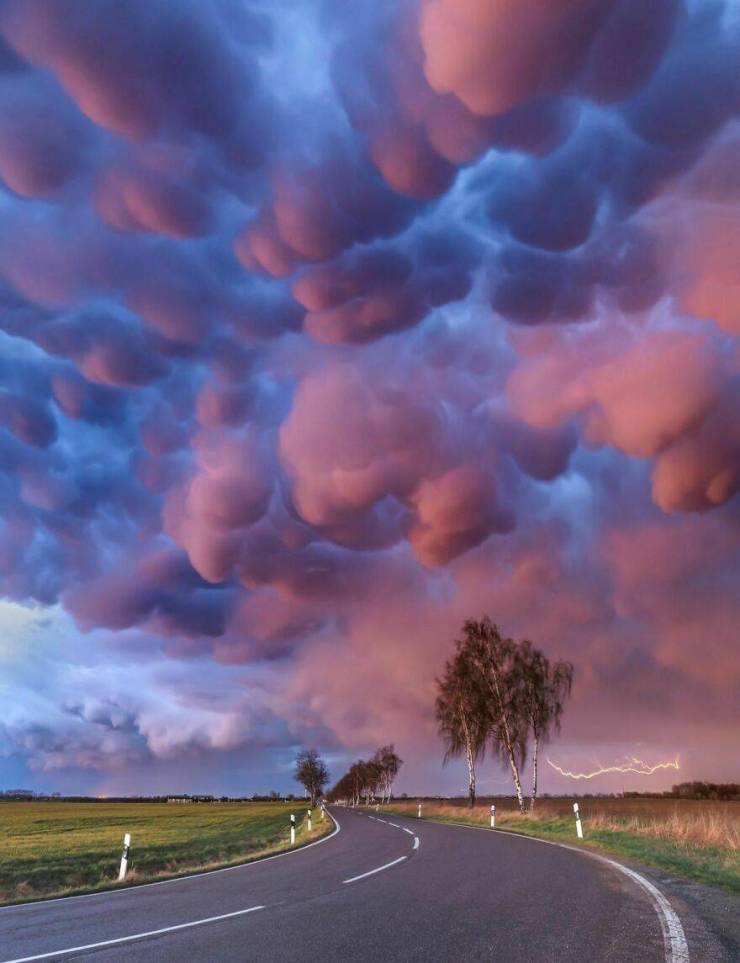 "This was by far the most spectacular mammatus display I've ever seen in my entire life. After an exciting chase I stopped next to Leipzig (Saxony) to shoot some lightnings on a backside of a thunderstorm. After the sun went down low-hanging mammatus clouds began to shines red and blue. I was just speechless, as I only saw such displays on photos from USA and was not expected to see it in Germany. As a bonus a small lightning found a way to the photo. Simply EPIC!" 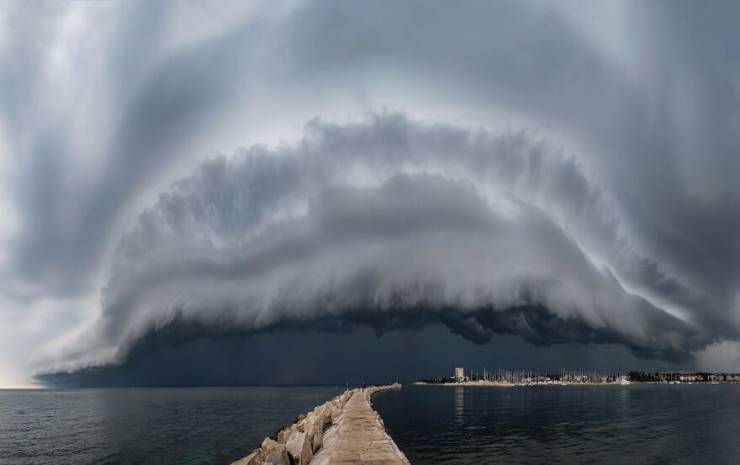 "This monster shelf cloud was perhaps the most beautiful structure and size over my area. I was waiting for 2 hours to come and then he made a real mess. It was in the morning in Umag NW Istria, Croatia Sept.24th,2017." 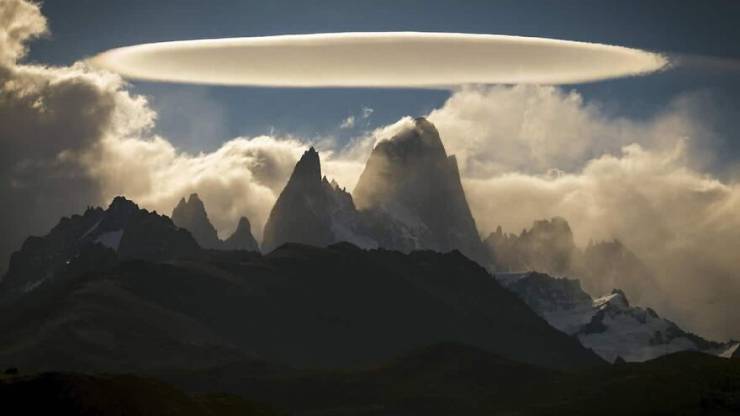 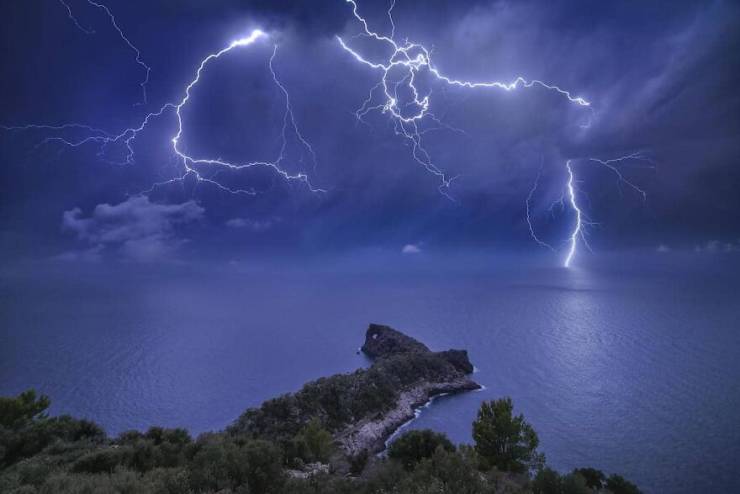 "It was a big storm during that night. I live in Valldemossa, in a small town from Mallorca, and I have this location close from where I live. When I saw the lightnings I took my car and I drive to that place to catch the storm. This rock is very famous in Mallorca, is called Sa Foradada (it means The Hole). Many people goes there to see the sunset, I went there to see the storm." 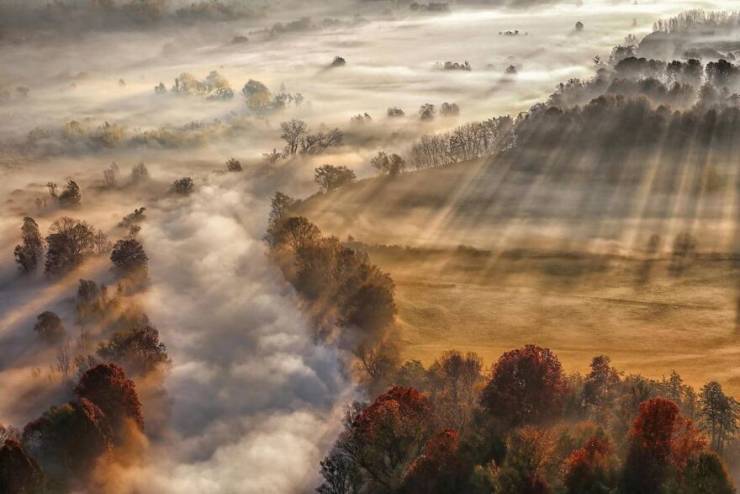 "During the autumn season, in the very early hours of the morning, thanks to some particular climatic conditions it is possible to witness the formation of the 'river of clouds' in this valley. With the high pressure and the absence of wind, thick layers of fog thicken due to the humidification of the air mass present near the ground and flow along the Adda river, thus giving rise to a muffled landscape. In this period (October-November) the sun rises just behind a dense group of trees: therefore, if the sky is clear, for a few minutes it is possible to observe the formation of these intense rays of light. The photo is taken from a sanctuary, located on a hill overlooking the whole valley." 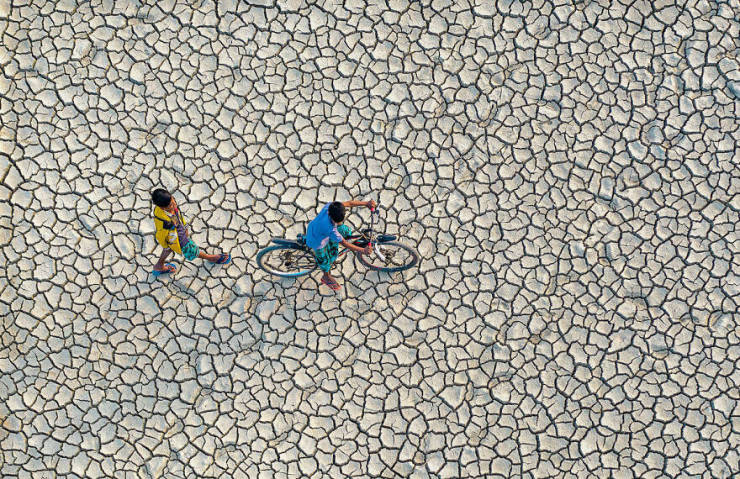 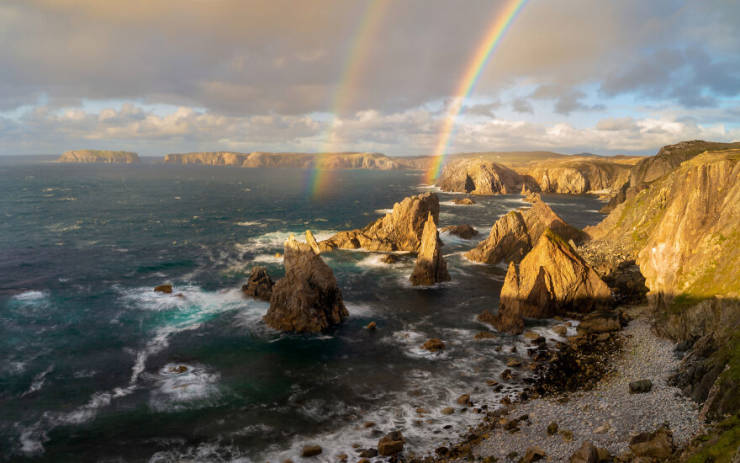 "I stopped off at Mangersta sea stacks one evening after a day out on Lewis. It was pretty windy on the cliff tops, making long exposures quite challenging. All of a sudden a few rain showers passed over as the late evening light broke though, providing an amazing set of rainbows!" 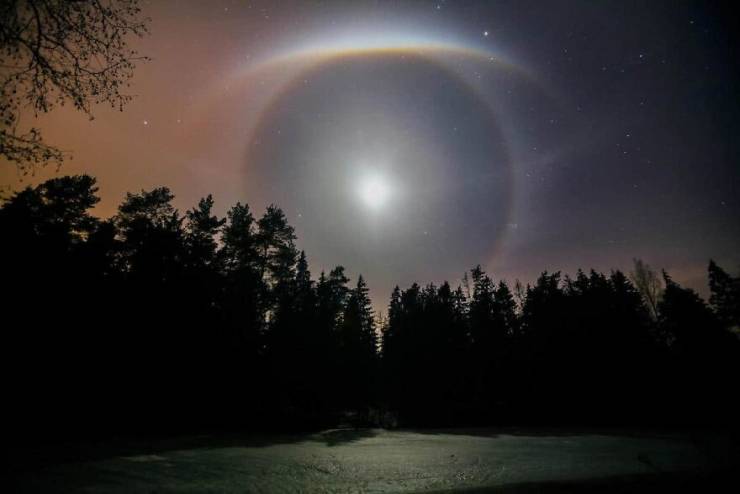 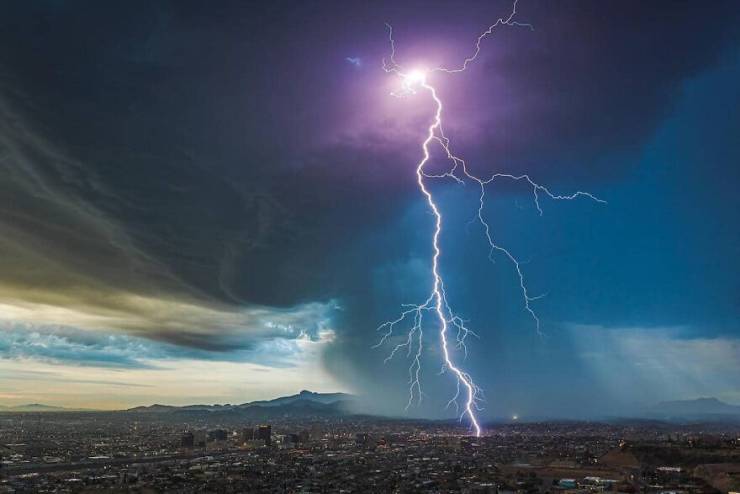 "A few seconds before the hail. Iceland, Dyrholaey."

Public's Winner: 3rd Place 'Under The Rainbow' By Joann Randles 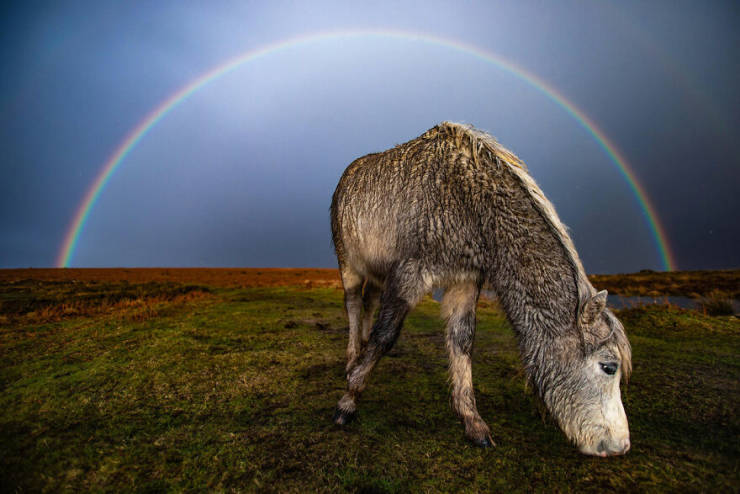 "I have been capturing the semi-feral ponies of the Gower for nearly a year, spending many hours observing them and the changes to their environment. Part of following their day to day lives means photographing them in all weather conditions. On this day I remember seeing the rainbow forming after a hailstorm, so I swiftly left my car as the hail passed, running down the common whilst trying to quickly plan my shot and hoping the pony wouldn't move." 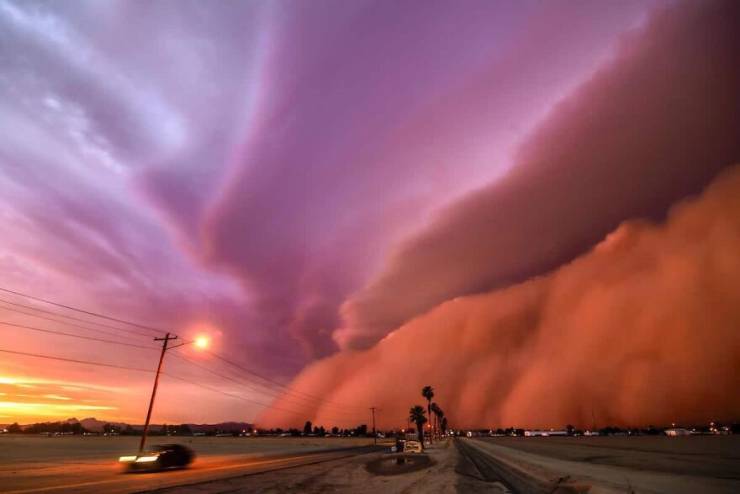 "This historic Arizona dust storm raged across the state for over 200 miles in 2018, reaching its maximum height and density just in time to be illuminated by a stunning sunset." 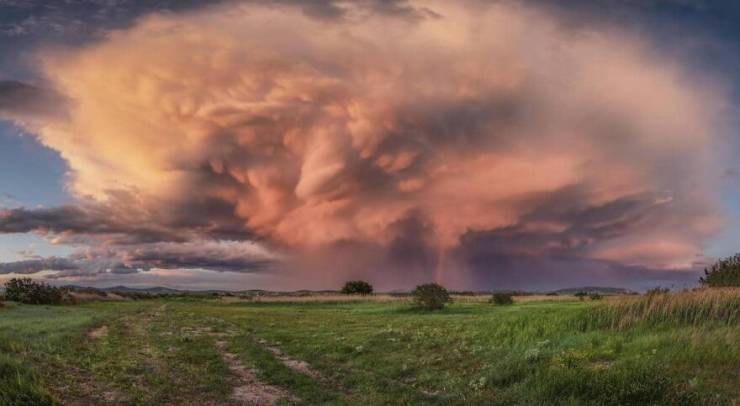 "A supercell that stretches over Vrana Lake ... Feel like a tornado in front of you! Spectacle!!" 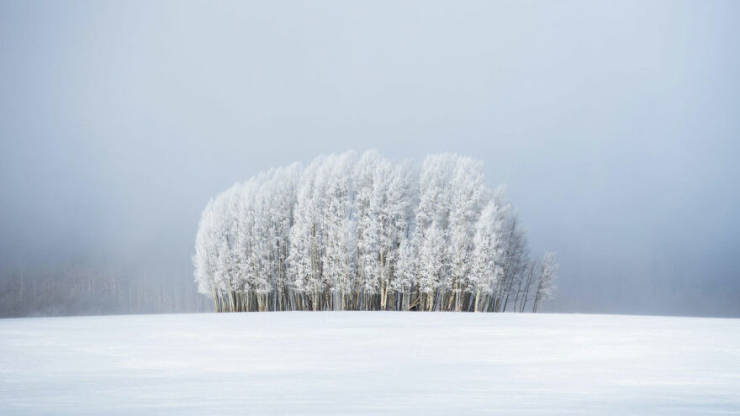 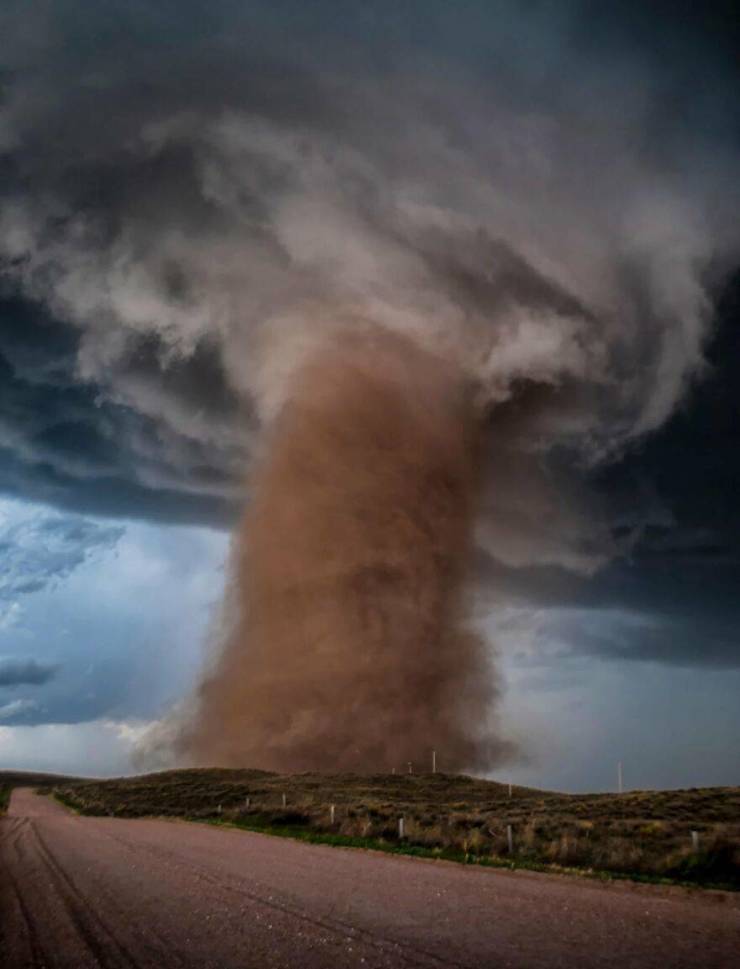 "May 7, 2016: My first day of my first major plains chase. Late afternoon found me in far northeastern Colorado, where I was in for a treat: a photogenic tornado touched down in a nearby field and, after it nearly ran my friends and I over and ate a house, it continued into a field and looked just incredible before it died." 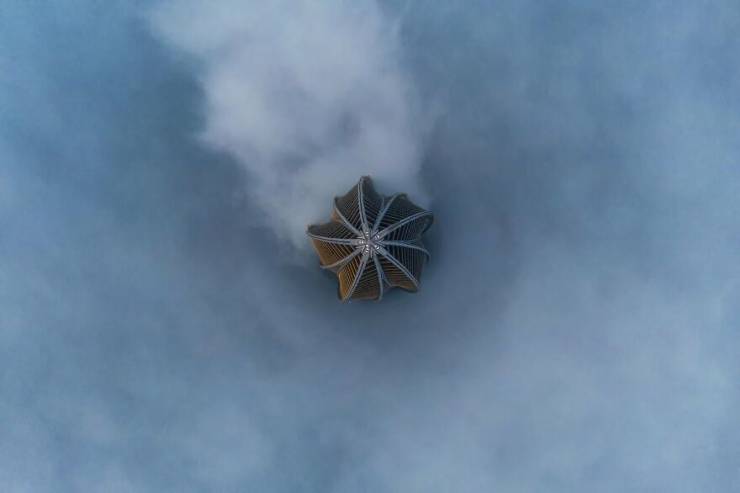 "A 360 degrees panorama to the Tre Cime of Lavaredo illuminated by the Moon that reflects a Spectrum of Brocken behind me; on the cross of Mount Paterno (2,746 mt) the Ursa Major on highest peak, the headlights of the climbers to illuminate their ascent to the summit." 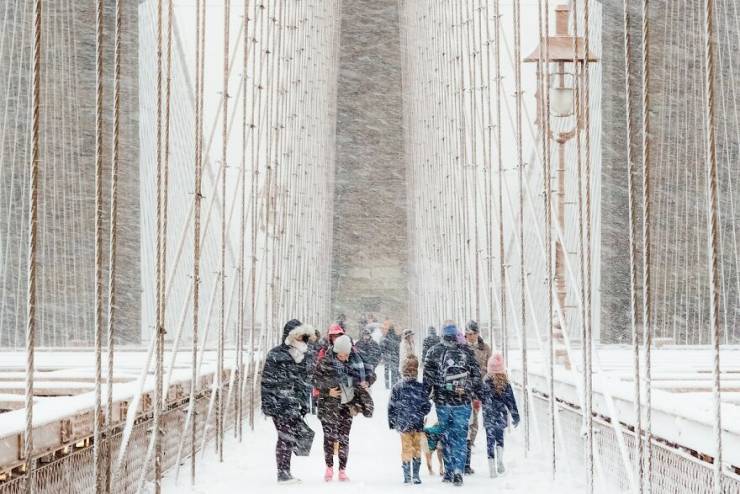 "Walking across the Brooklyn Bridge in a blizzard." 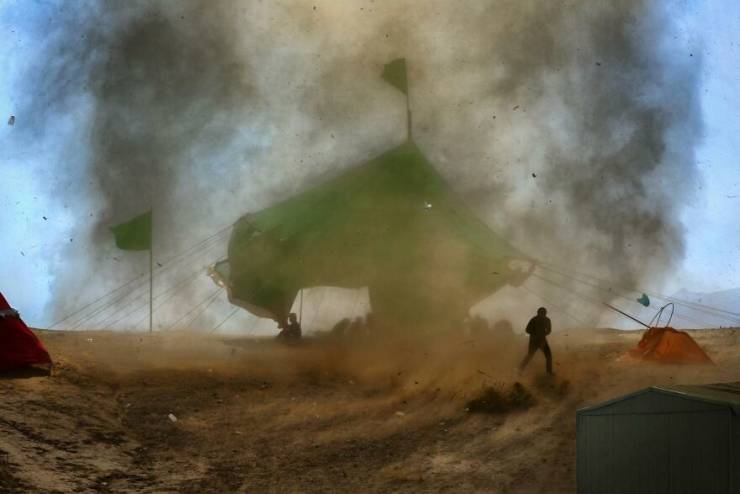 "A small tornado entered the tents of a number of villagers and lifted them into the sky." 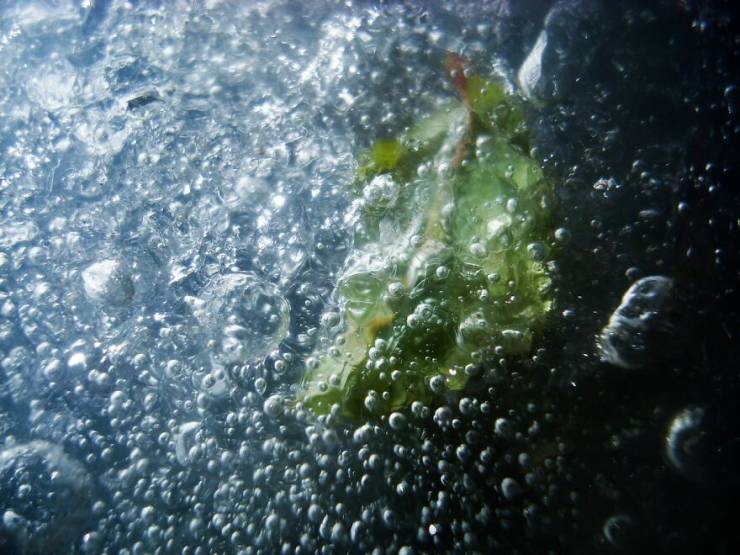 "Leaf stuck in the ice. Figurally, this is print of summer on winter"

Finalist 'Just Walking In The Rain' By Adrian Campfield 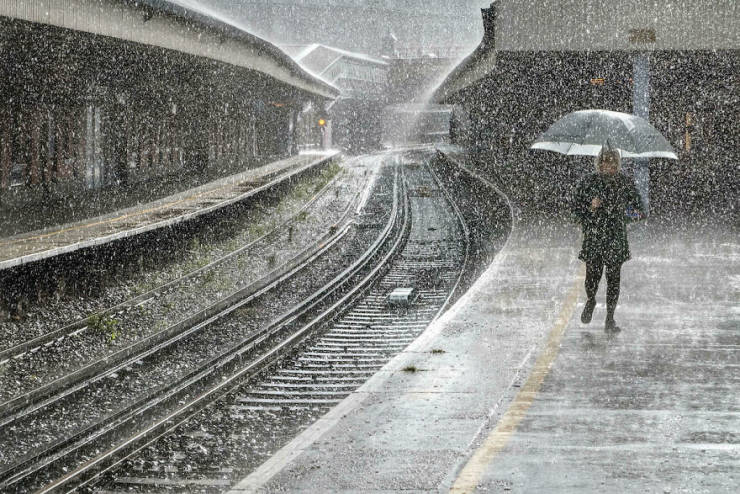 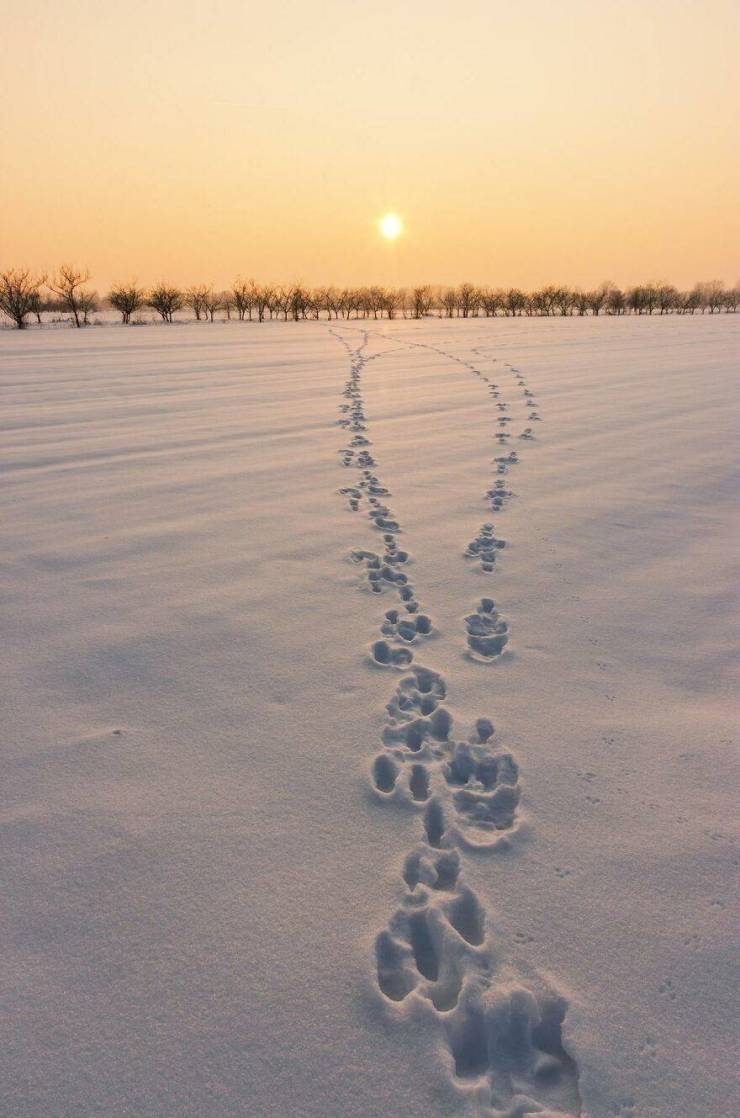 "The photo was taken in January, 2017 in Croatia. The photo shows winter landscape before the sun goes down." 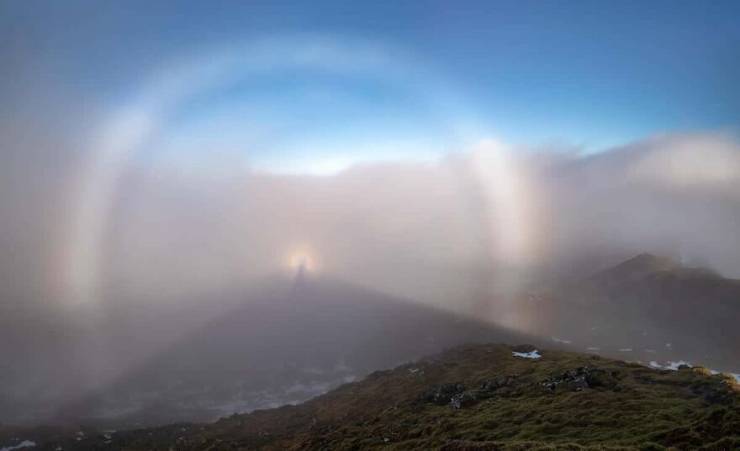 "A panoramic shot from Meall Nan Tarmachan in fog with a fog bow and Broken Spectre. Taken on January 22, 2020"