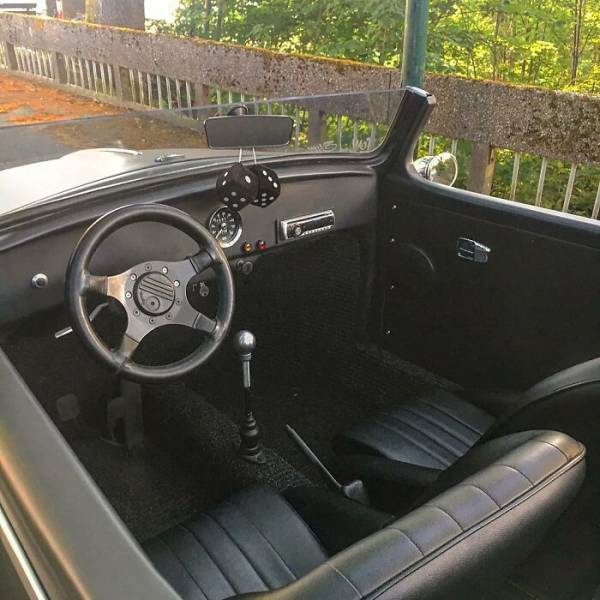 Now, if it was just an aesthetic overhaul, the car should still be pretty much the same under the hood—likely a 4-speed transmission with a 1100 to 1600 CC engine boasting 25 to 40 horsepower and around 60–70mph (96–112kmh) top speed depending on the engine.

The Volkswagen Beetle community is surprisingly huge and mods such as this are no rarity. Bored Panda has already covered another VW project called the Volkspod, where Brent Walter took apart an original VW Beetle and created two adorable motorcycles for himself and his wife.