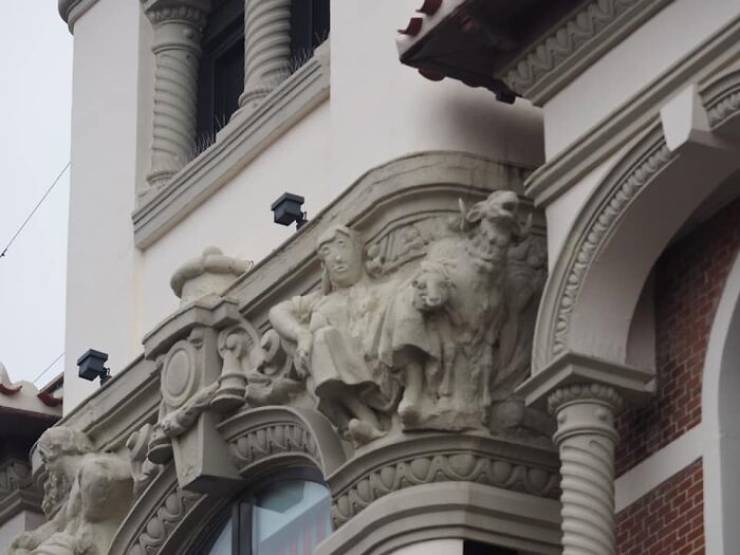 The botched restoration started gaining a lot of attention after a local painter, Antonio Guzmán Capel, shared a few pictures capturing it on Facebook. In his post, the artist pointed out how this new restoration makes the sculpture look like a cartoon character. 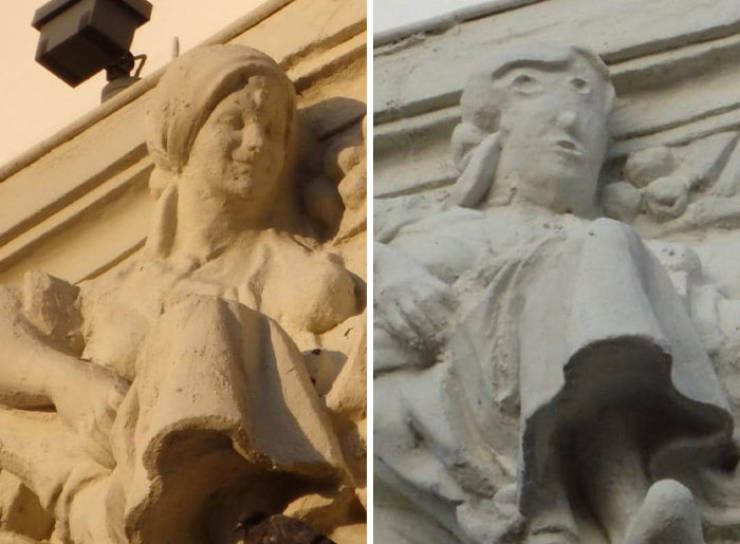 “I’m sure whoever did it got paid for it,” the artist wrote in his Facebook post. “But the bigger crime was committed by the person who commissioned it and then tried to carry on as though nothing was wrong.” 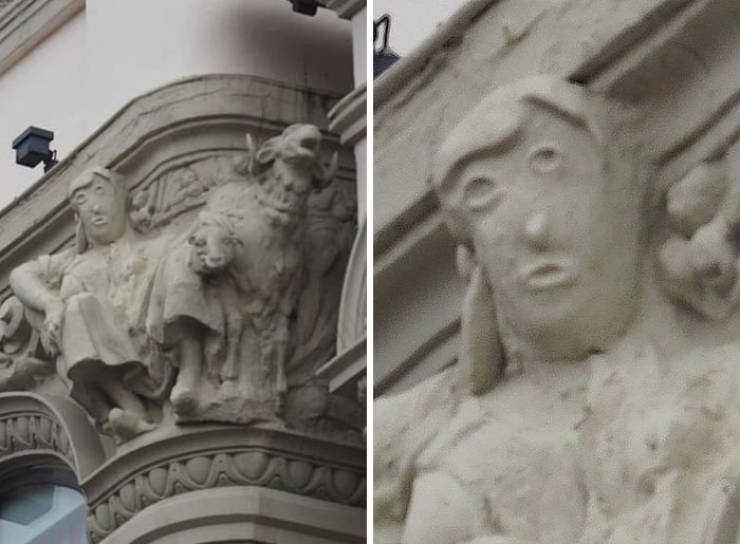 Botched restorations are nothing new—the internet has already seen plenty of them. You may recall one of the most well-known works that is often referred to as “Monkey Christ.” The restoration was performed back in 2012 in Borja, Spain, but for some reason, it’s still cracking people up.

Probably the most famous botched art restoration is this one, also known as “Monkey Christ” 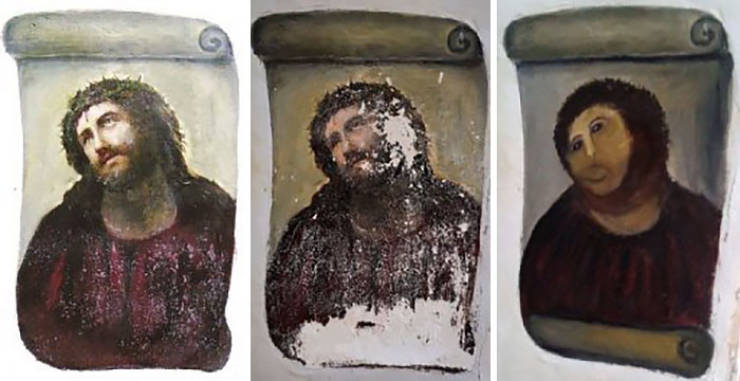 Another famous attempt to restore an art piece also happened in Spain, and this time, someone tried to “rehabilitate” a 500-year-old sculpture of St. George.

Some thought that the attempt to restore a 500-year-old sculpture of St. George made him look more like Tintin 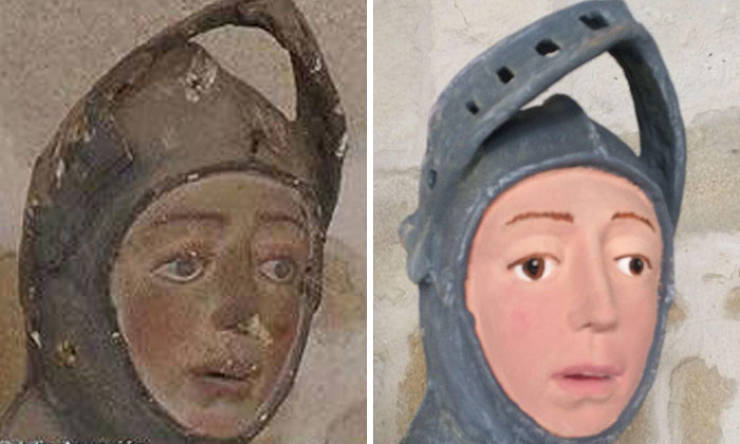 And let’s not forget about this one from Colombia that happened back in 2018. Apparently, a wooden statue of San Antonio de Padua needed a restoration since the colors were almost faded out. After the attempt to restore it, San Antonio looked as if he was wearing makeup.

After this attempt, San Antonio and baby Jesus looked almost as if they were wearing makeup 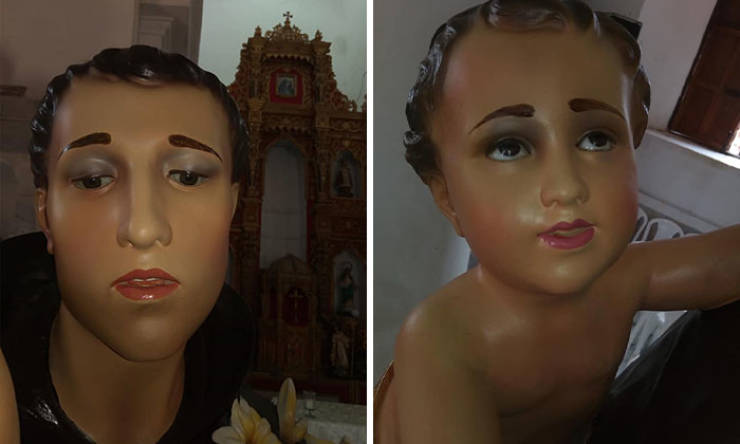 Another well-known art restoration fail was of the 15th-century wooden statue depicting the Virgin and Child with St Anne. Apparently, the statue had already been restored 15 years earlier, but a local resident obtained permission from the priest to freshen it up a bit. “They’ve used the kind of industrial enamel paint they sell for painting anything and absolutely garish and absurd colors,” a visitor of the shrine told the Guardian. “The result is just staggering. You don’t know whether to laugh or cry.”

“You don’t know whether to laugh or cry” 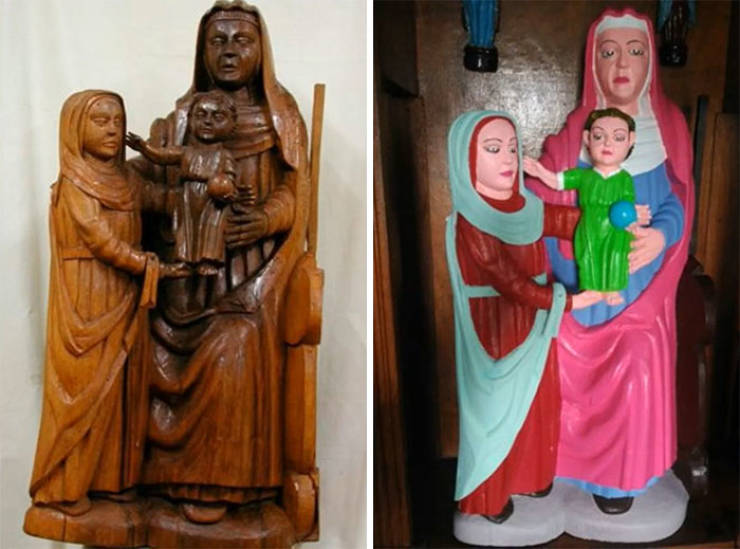 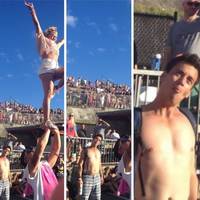 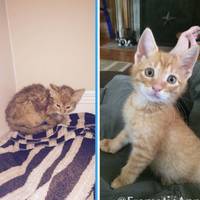 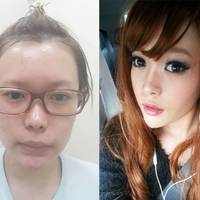