"Former BK employee of 6 years here. The food was actually good if it was fresh. The issue is the staff/management. Sauce bottles would never get completely emptied and cleaned. People wouldn’t change their gloves between doing different tasks, or would be texting with those gloves then make your food. Also, all the items that go into making your food (lettuce, cheese, etc) was all tracked via time stickers (think a little clock). So if you brought out new cheese, the rules were it could only be left at room temp for 4 hours. If you brought it out at 12, you’d mark the sticker for 4PM, at that point you should have thrown it away. Well that never happened. Everything got stickers replaced to make sure they were always good in case of surprise inspection."

"I was a shift supervisor at a fast-food place and years later, I still refuse to eat anything with ice cream in it. The machine we had was always covered in mold and spoiled cream while the owner’s “fix” was to scrape off a layer of mold and spray some clorox on it."

"Did a month at Golden Corral during my senior year of high school.

Roaches. In. The. Meat. Freezer.

"I work at McDonald’s, nothing in my store is actually gross we are really clean and follow procedures, but I wouldn’t have a filet o fish with the sauce because the sauce makes a disgusting sound coming out of the sauce gun"

When the cheesecake gets low you’re supposed to fill it up a certain way where the new cheesecake goes on bottom and what’s left of the old stuff is put on top to ensure it’s used first and it all stays fresh. Well let me tell you that [email protected]#t is like a brick after it’s been in the container long enough, you constantly take it out and put it back so it’s always thawing and refreezing and essentially freezing together. This is why absolutely NO ONE rotates the cheese cake. I once dropped the cheese cake container onto the tile and the chunk in bottom cracked in half and came out…. it had become almost like 98% mold. We’d been using it without rotating it for months"

"I worked at a Subway in my senior year of high school. What disturbed me was how the tuna came packaged: in a big metallic bag (to keep it fresh, I guess.) Then when we had to take it out, it would make this squelching noise. And because I made so many subs, completely put me off from eating those sandwiches ever again."

"Ham on pizza. Worked at pizza hut done time ago and the ham would turn this disgusting gray color within a day or opening the package. You just couldn’t tell if it had been opened 24 his ago or 2 weeks ago. But, during cooking it returned to pink which always weirded me out."

"I work at a fast casual baja style mexican grill place that is a smaller competitor to Chipotle. I’m the lead cook and make every protein, sauce, bean and hot item in house with fresh ingredients. That being said our most popular protein is our sweet pork. For a single batch of pork (60 lbs) I will use close to 10 lbs of straight white sugar, 3 gallons of coke and 3 lbs of butter. The [email protected]#t taste like fuxking candy and is crazy addictive. There are folks who come in every day and get double meat (8oz) slather it in queso, and get shredded cheese on top. I’m pretty damn sure I am contributing to their eventual death by cardiac arrest."

"I worked at Wendy’s in high school. For me, that item is the chili.

Whenever a burger is cooked it is only considered “good” for a certain amount of time. So many minutes after cooking and the burger didn’t get used it would be thrown in a bucket next to the grill. At the end of each shift the person dumps all the old burgers into a larger bucket of old burgers which may or may not be covered. They also may be from xays prior. Overnight they chill, the grease congeals and the meat turns pretty grey and weird. This meat may not be frozen, but it is still pretty hard to break up. So the person making chili dumps it in a big collander, runs hot water over it, and mashes it into tiny pieces again.

Now the soggy, greyish, lukewarm day old burger meat is ready to be used in the chili."

"I currently manage a red-colored fast food place. The only item that I will not eat on the menu is the breakfast burrito. Everything else is cooked fresh in the store except for that item."

"My college buddy worked at McDonald’s for a while and told me he would never order the McRib. I don’t remember the specific details, but he mentioned in general that if you didn’t order during the lunch/dinner rush, your food had probably been sitting under a heat lamp for hours. I think his issue with the McRib was, in addition to heat lamp issues, the BBQ sauce covered up any problems with it so you couldn’t even see if anything was wrong."

"Anything made with the “roast beef” at Arby’s. It’s not a real beef roast. Instead, it’s a compressed block of beef scraps. It comes in a bag filled with beef broth, and you just warm the entire thing in the oven for a few hours. And once the compressed beef block is heated, you put it on the slicer and leave it under a heat lamp for hours to slowly desiccate."

"Former Subway Sandwich Artist. I do not ever get the Grilled Chicken sub. More like chicken shaped stamp energy block marinated in lukewarm tap water for 48 hours."

"I worked at a kfc/Taco Bell while in high school for about 3 years. The chicken pot pie was made with old chicken that would be old from 3-4 days ago when we froze it. Nasty and we wouldn’t make more pot pies unless we ran out. (Ie the pot pie we made at 10am would be served at 8pm)"

"Used to work at Chick-fil-A . I would suggest not getting the chicken salad. The chicken is from whats left over from the day or two before. Granted, it is put in a container and then immediately into the walk-in fridge. But it’s the least fresh thing there." 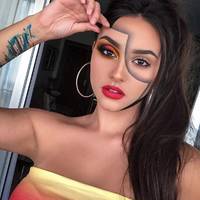 Iggy 1 year ago
#5 this is the kind of Pearson who is not prepared for life ...
Reply
1 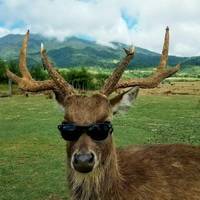 Matty 1 year ago
So...once again the internet is telling you be afraid of everything. Fear culture is the problem. Not old food or mold, which might make you sick, but you'll survive...to spend the rest of your life BEING AFRAID!!!
Reply
0 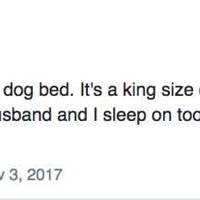