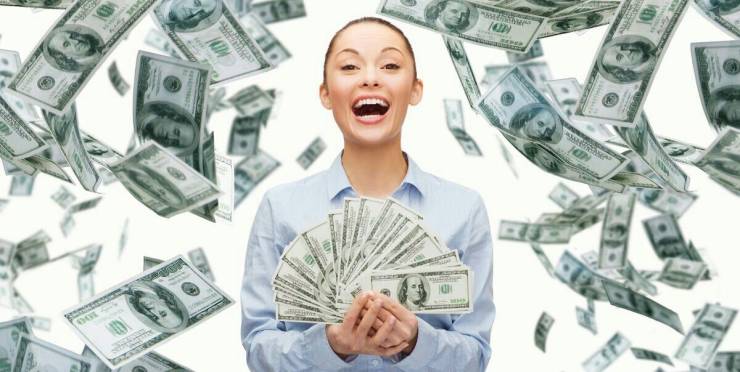 1. The first mass credit card came about because of a worldly accident: a man forgot his wallet and couldn't pay at a restaurant

In 1949, Frank McNamara was having dinner with acquaintances at a restaurant in New York City. When it was time to pay, he discovered that he had forgotten his wallet in his other jacket. After that incident, McNamara had the idea for a charge card that could be used to pay at different places without worrying about cash.

In 1950 he and his business partners Snyder, Simmons, and Bloomingdale's founded the Diners Club. Its members were issued cards that they used to pay at the club's partner establishments. Diners Club paid their bills. At the end of the month, members received statements and had to close their debts.

McNamara was not the first inventor of the credit card. In 1946, Brooklyn banker John Biggins devised a credit card scheme to attract customers to his bank: bank customers used the card at partner stores to pay for small purchases. They would leave receipts with the store, which the store would present to the bank. The bank paid its customers for their purchases and then billed them. Although this scheme was a great invention for its time, it was not widely used at the time.

Copper coins were in circulation back then. To make large deals, they required a large number - rich traders had to carry a few pounds of copper coins. It was difficult and inconvenient. That's when the idea was born to leave coins to a trusted person in exchange for a paper "receipt," which was written on how much money the person left in storage. This receipt could then be presented and one could get one's money back.

Real paper money originated in the 11th century. At the end of the 10th century, the government experienced a shortage of copper for coinage and put the first banknotes into circulation. These banknotes were the ruler's promise to redeem them later by giving coins in return. Often such money was issued for a limited time and had a price lower than the declared value. Banknotes did not replace coins but were used in conjunction with them.

3. The first deposit insurance system came ‘thanks’ to the Great Depression.

The world economic crisis, called the Great Depression, began in 1929 in the United States and lasted until the end of the 1930s. Part of the crisis was the collapse of the banking system. A series of major bank failures in late 1930 led to widespread panic and the bankruptcy of smaller regional banks. People withdrew their savings en masse.

Banks went bankrupt one after another. To stabilize the banking system, the Glass-Steagall Act was passed in 1933. Among its provisions was the creation of the Federal Deposit Insurance Corporation. Initially, the maximum insurance indemnity was set at $2,500.

Many people know the story of how the English scientist Sir Isaac Newton had an apple fall on his head, after which he discovered the law of universal gravitation. But few know that at the end of his life he became a victim of a pyramid scheme.

Newton became famous in the financial field as well. In 1717 he proposed a new ratio between gold and silver. This led to the fact that Britain switched to a gold standard. Newton was one of the investors in the South Seas Company. He began investing in its shares long before almost all Britons - from lords to peasants - had put their money there. The South Seas Company was a pyramid scheme whose shares soared from £128 in January to £1,000 at the end of August in 1720. Newton, who had over the years behaved as a disciplined and prudent investor, bought shares worth £26,000 in June 1720 when they were already at £700. In September there was the collapse of the company, the share price fell below £200. Newton lost no less than 22,600 pounds, which in today's money is more than $ 4 million. Assessing his losses, Newton allegedly uttered the phrase: "I can calculate the movement of celestial bodies, but not the madness of the crowd.

5. There are 156 official currencies in the world

Some countries also use units of account and parallel currencies. For example, in Cuba, there is a convertible peso in circulation in addition to the Cuban peso. There are units of account of unions of countries, such as the collective currency sucre, which is used by the countries of the

The ISO 4217 standard establishes three-letter and three-digit codes for currencies for identification in various transactions. For example, the Russian ruble has a three-digit code of 810, and the U.S. dollar has an 840. So when you see the sixth through eighth digits of 810 in the account number, it means that this account is a ruble account.

6. The bank PIN has four digits because that's how many the wife of the inventor of the PIN could remember

In 1966, the bank patented its first ATM, and since then there has been constant work to improve the terminals. Scottish engineer and inventor James Goodfellow figured out how an ATM could identify a customer. To do this, he invented the PIN code. According to the legend, the PIN was originally supposed to have six digits. But Goodfellow's wife could only remember 4 digits, so the PIN consists of 4 digits.

By the way, if you’re interested in this field and looking for professional homework help, you can use a finance homework help service.