Myths and Stereotypes About Polyamorous Relationships

Polyamorous relationships occur when people are in more than a single intimate relationship at a time. Rather than having a single partner with another, both partners could hypothetically be connected to many others in an intricate web. Unfortunately, that has led to many myths and stereotypes cropping up about these individuals. We’re going to identify these negative reactions to the poly lifestyle and leave you better-informed than before. 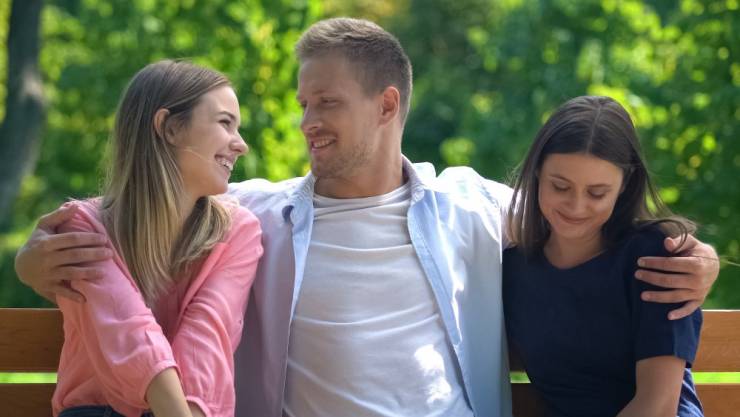 A lot of people think that poly relationships all happen when people meet up with someone in person. When faced with the reality of the situation, that an average of 20% of poly partners across all ages meet online, the people ask: where are all the poly dating sites then? The truth is that few dating sites are designed to be polyamorous only, but they do exist.

One of the biggest polyamory myths is that people in these relationships are only in them because they want to cheat whenever they want. A poly relationship is not a hall pass, though. While partners in the relationship may recognize that their partner wants to have other intimate relationships, no hard and fast rule says the original partner has to accept the other partners. Thus, if a partner doesn’t approve, then the relationship could dissolve. That doesn’t sound much like cheating; it’s far more complex than that!

Sadly, a lot of people buy into the idea that poly people have more STIs than the general population. According to studies that have looked into the matter, this is not true. People in a polyamorous relationship do not have any higher chance of having STIs or STDs than other sexually active people. Anyone can sleep around whether they are in a relationship or not. Remember that poly people are not just involved in hookups. It is a committed relationship, just with one or more people than you are used to seeing together.

A harmful stereotype about polyamorous people is that they have something against commitment. Well, many people do, but that is not inherent in people that are in a poly relationship. The truth is that we do not fully understand all the mechanisms at work that make people choose to be in these relationships. It’s not as though they are always hedging their bets on one relationship in a never-ending stream of love! In fact, society hasn’t collectively performed enough studies to demonstrate the long-term outcomes of poly people! Enough with the anti-commitment chatter; if they didn’t want to commit, they wouldn’t be in a relationship.

5.   Myth: No Polyamorous Relationship is Stable

Some poly relationships have lasted for longer than marriages. How in the world does that mean that having more than one person intimately connected to you is less stable than other relationships?

Famous celebrities have gotten married and divorced a few days later with just one person, let alone two or three. The idea that polyamory is inherently unstable is wrong and demonstrably false. Let this myth disappear into the ether as well!

Polyamory is a phenomenon that is frightening to people because it challenges the social order to which they are accustomed. Having more than one romantic or sexual partner is an adventure that not everyone is cut out to have. However, that does not mean it is fair to denigrate the relationships that others have created. Make sure you spend time identifying and dispelling these myths in your personal life so you can avoid making the same mistakes with stereotyping and spreading myths.