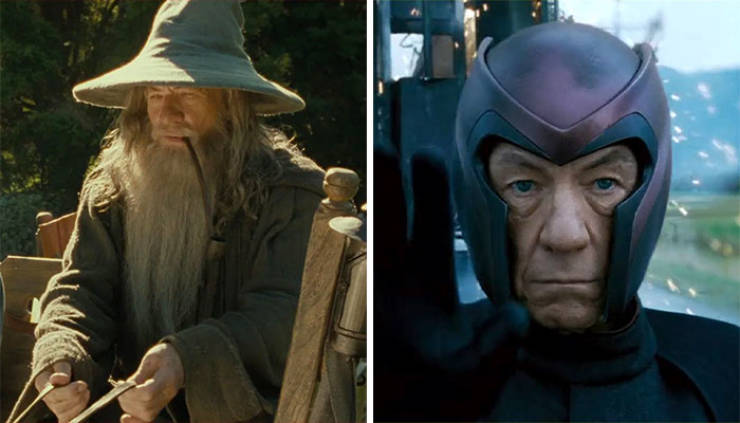 McKellen has been in the acting scene for over 60 years now and has been credited in over 120 films and series. One of his most iconic roles is, of course, Gandalf in the Lord of the Rings and Hobbit series, where he plays a renowned wizard who helps restore peace to the land. In contrast, McKellen also plays Magneto, one of the key villains in the X-Men universe (though Magneto does develop other roles, so much that he also becomes a superhero and an ally to the X-Men, but I digress). 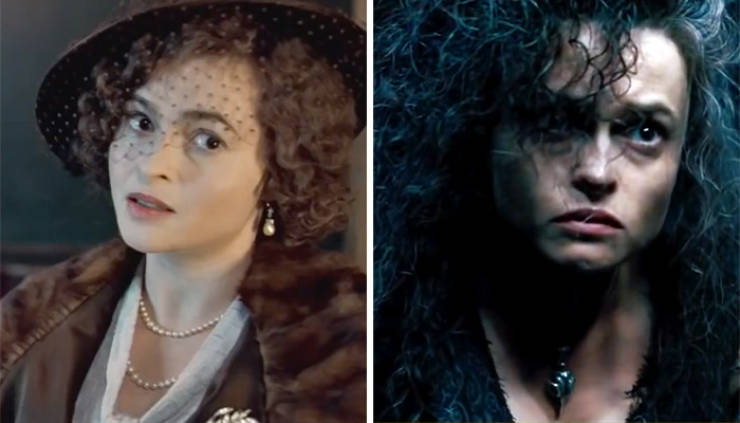 This actress has played numerous striking and vivid roles. One of many attention-drawing characters played by Bonham Carter is Bellatrix Lestrange in the movie series about the boy wizard Harry Potter. After playing her role of Bellatrix, she returned to the cinema as Queen Elizabeth in The King’s Speech. This role got her the BAFTA award for Best Actress in a Supporting Role. Seeing the endless list of movies and TV shows that she appeared in, it’s only fair to question what other unforgettable characters she will introduce us with. 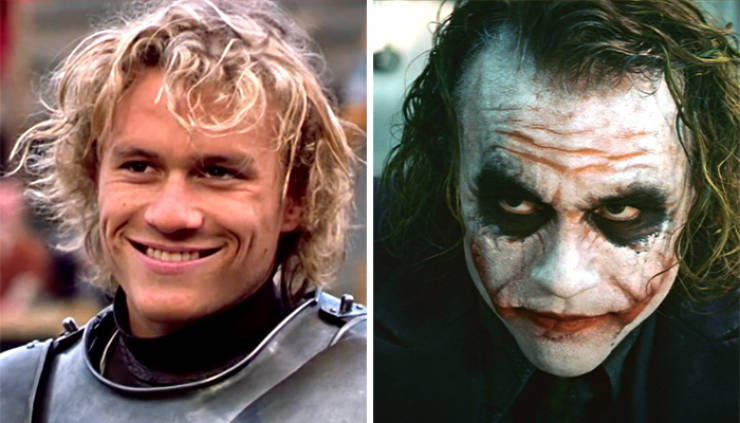 In his career, Heath Ledger not only had the opportunity to play both the villain and the hero, but he also took some iconic roles such as William Thatcher from A Knight’s Tale and the Joker from The Dark Knight. Understanding the complexity of the latter role raised questions about whether this could have had an impact on his mental health. 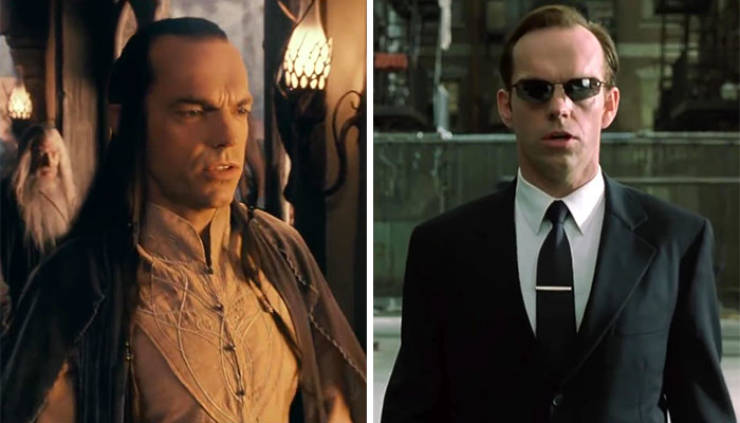 We have another Lord of the Rings actor here, this time English actor Hugo Weaving. He’s, of course, seen in films like V for Vendetta, The Matrix, Mortal Engines, and, as mentioned before, in the Lord of the Rings, where he played Elrond, the Half-Elven Lord of Rivendell. As for the bad guy part, he was Agent Smith in the Matrix. 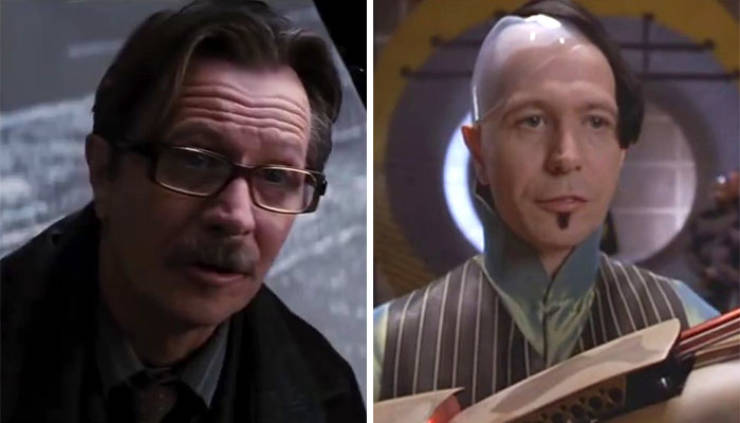 Gary Oldman is a man of many faces, having starred in a slew of films playing a variety of characters, among them playing the likes of James Gordon, commissioner of the Gotham City Police in the Batman series of films, as well as Jean-Baptiste Emanuel Zorg, the main antagonist bent on destroying life on Earth in The Fifth Element. 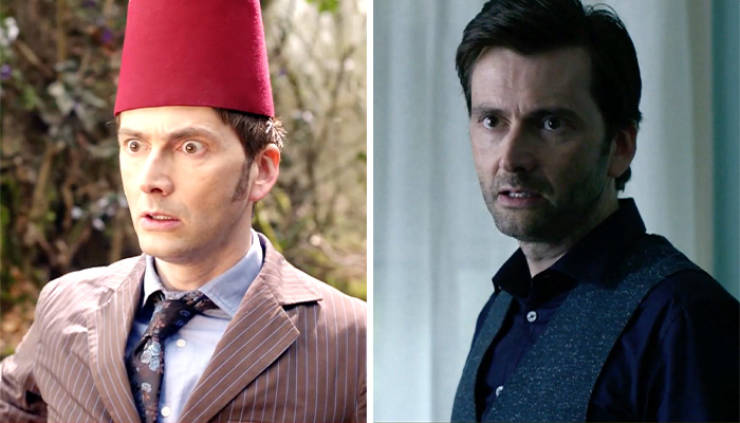 Actor David Tennant, for some also known as one of the greatest actors in Scotland, has played in numerous TV series. One of his signature roles is the Tenth Doctor in the TV series Doctor Who. Did you know that Tennant became an actor because his dream was to star in this show? And now we get to see how well this dream turned out. He also showed his “villain” side in the TV series Jessica Jones, where he plays Kilgrave, or the Purple Man. A perfect what-to-watch for Marvel Comics lovers. 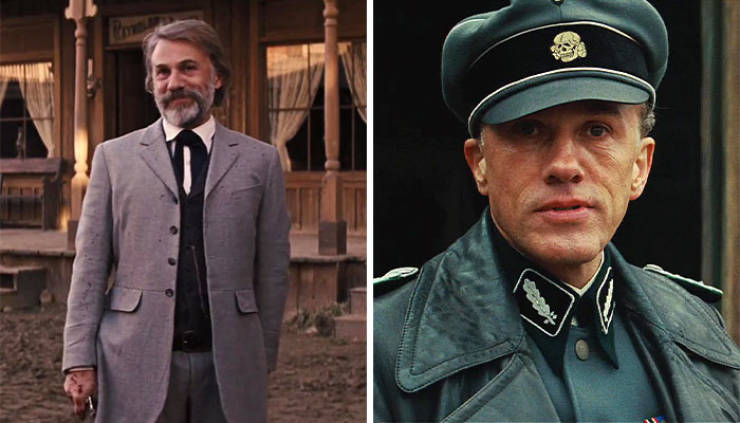 Austrian-German actor Christoph Waltz has been at it for many decades now, being featured in a number of James Bond movies, the Pirates of the Carribean, Alita: Battle Angel, as well as two other films where he was the good guy and the bad guy: as Dr. King Schultz in 2012’s Django Unchained and Hans Landa in 2009’s Inglourious Basterds respectively. 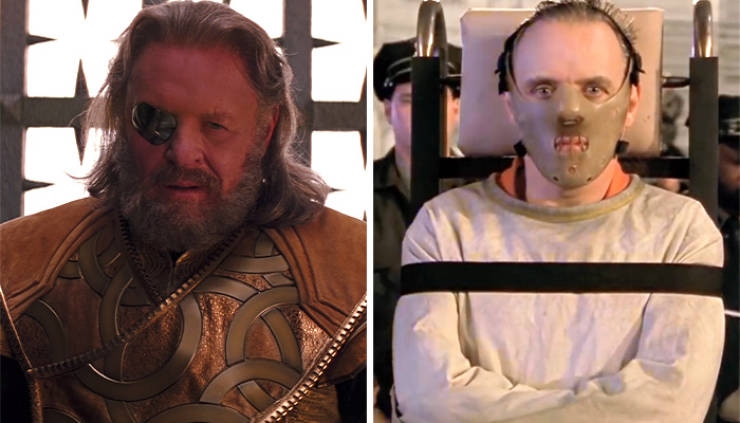 Actor Anthony Hopkins has been in more than 88 movies, but one of the most iconic villain roles that brought him numerous awards is Dr. Hannibal Lecter in Silence of the Lambs. As good as he is at playing a psychotic character, his portrayal of Odin in Thor showed that he is also very much suitable for heroic good guy roles. 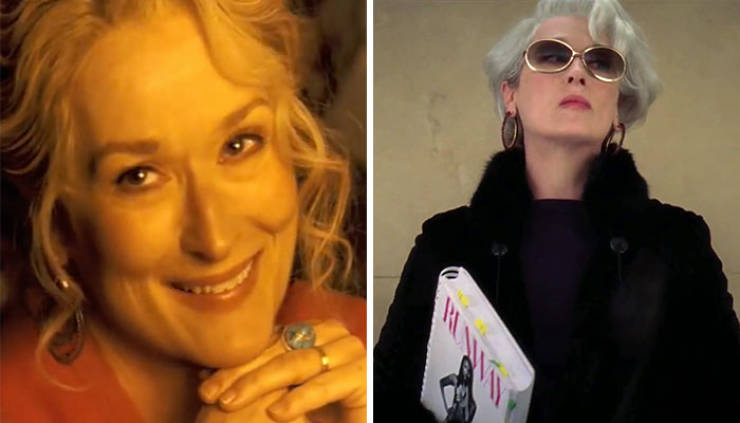 Known as “the best actress of her generation,” Meryl Streep has been in the film industry for more than 40 years. One of her best-known roles, especially for those who love fashion, is Miranda Priestly in The Devil Wears Prada. She is a fierce-tempered woman who can make anyone’s day a living hell. Quite the opposite character is Donna, who Streep plays in Mamma Mia!. Donna is a light-hearted mother—nearly a perfect example of a character full of positivity. 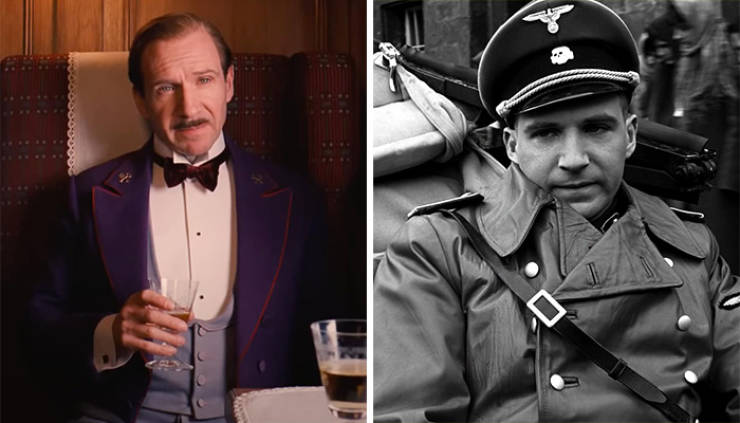 This isn’t the first time Fiennes has made it into a Bored Panda list. Not too long ago, we featured actors who played multiple roles in the same movie, where Fiennes played three different roles in a single movie, namely as Ignatz Sonnenschein, Adam Sors, and Ivan Sors in Sunshine. Well, he’s back here with the roles of Monsieur Gustav from the movie The Grand Budapest Hotel and Amon Goeth from the movie Schindler's List. 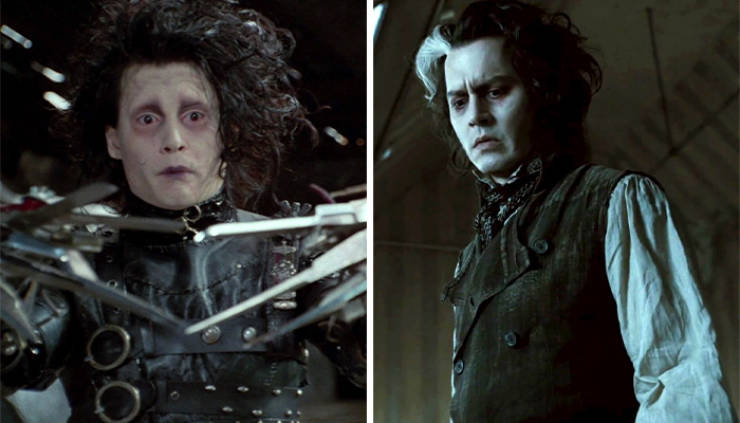 There is no doubt that Jonny Depp is one of the most popular actors who has played more than 81 roles. One of his first important roles was Edward Scissorhands in the movie of the same name. 17 years later, Depp switched from scissor blades to a straight razor when he played the role of Sweeney Todd in Sweeney Todd: The Demon Barber of Fleet Street. 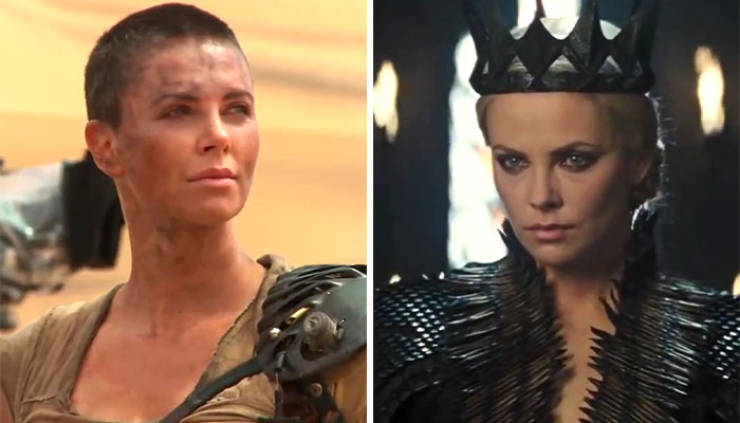 Oscar-winning dramatic actress, action hero, and comedy star Charlize Theron has been an actress for the past 20-something years, but has started producing more actively in the recent years. But not without making this list as Imperator Furiosa in Mad Max: Fury Road and as Ravenna in Snow White and the Huntsman. 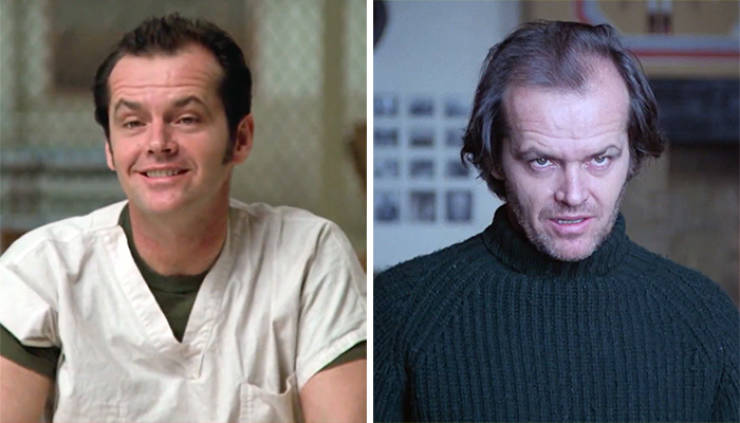 Throughout his acting career of 60 years, Jack Nicholson has played some daring roles. One of them is Jack Torrance in The Shining. If you haven’t seen this movie, probably you are still familiar with it from all the memes circulating the net. Another significant role that Nicholson played was in One Flew Over the Cuckoo's Nest, where he portrayed Randle McMurphy, a clever and sly protagonist. For this role, Nicholson received Academy Award for Best Actor. 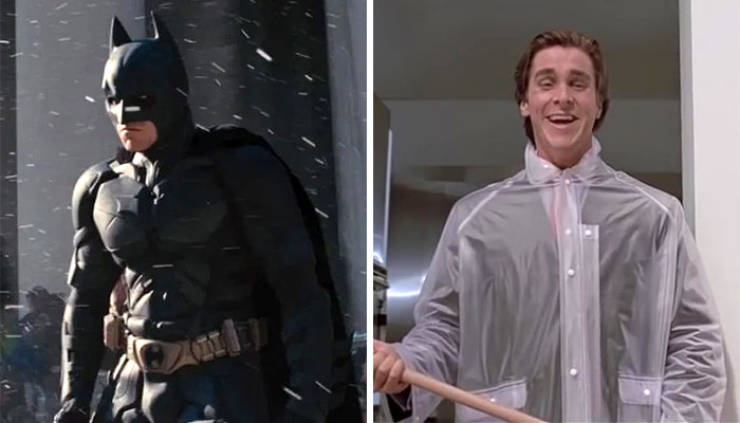 While English actor Christian Bale has been active since the early '80s, he is best known for films he did back in the 2000s. Namely, he is one of the faces behind the Batman mask in DC’s Batman films from 2005 to 2012. But, before he was the Caped Crusader, he was Patrick Bateman, better known as the American Psycho. 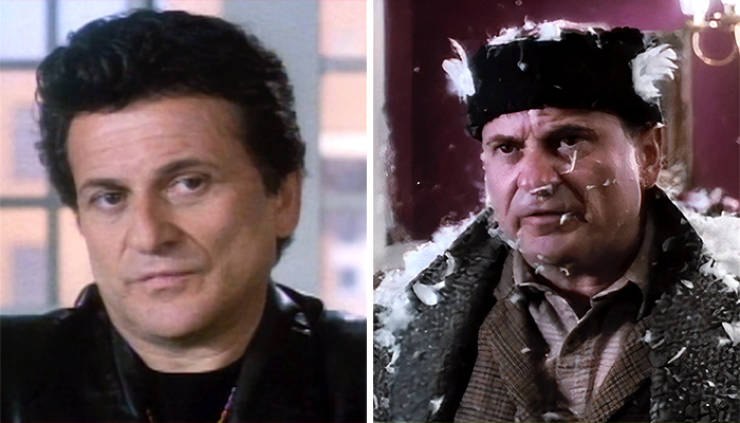 In the movie Home Alone, the actor played one of the most unforgettable villains—Harry Lime. And I guess we get to see him every year before Christmas, as Home Alone is still one of the most watched movies. Another great comedy where Pesci plays a lead role of a good fella Vinny is My Cousin Vinny. Throughout his career, Pesci has played in more than 32 movies. And did you know that he is a musician too? 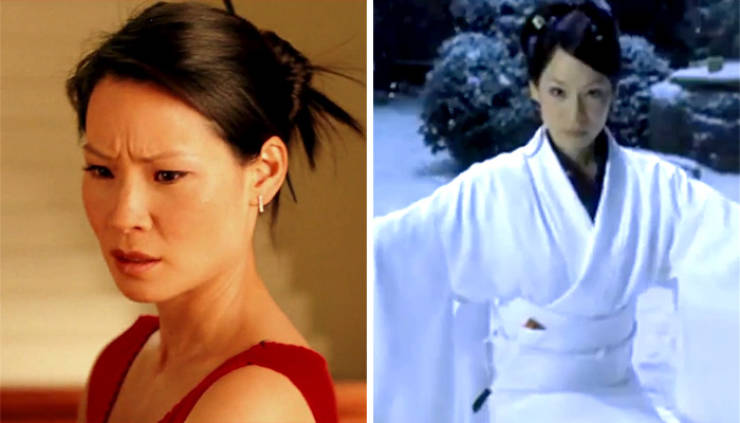 Lucy Liu began her career in 1991 and, since then, she has played some very well-known roles. Both her characters, the leader of the crime organization O-ren Ishii in Kill Bill and Alex Munday in Charlie’s Angels, depict strong women with extraordinary traits. Her movie and TV show list includes recent productions of Stage Mother and Why Women Kill. 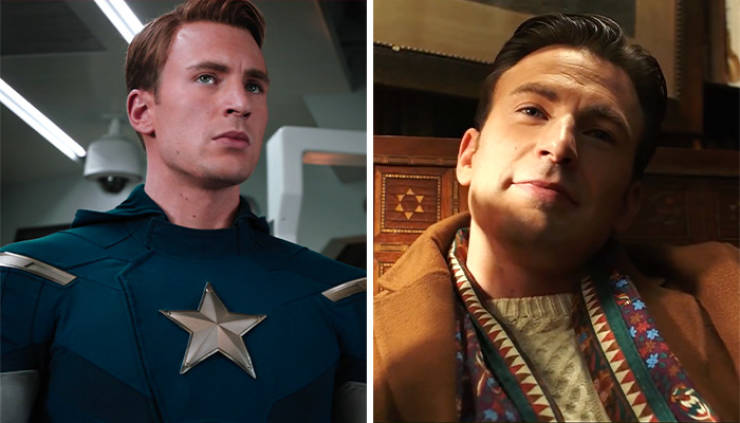 From superhero Steve Rogers in Captain America to the antagonist Ransom Drysdale in Knives Out, Chris Evans has played various and well-known roles for about 24 years. Aside from being a full-time Captain America, he also played in a dystopian movie called Snowpiercer and in the romantic drama Before We Go. And did you know that he will be the voice of Buzz Lightyear in the upcoming animated movie Lightyear? 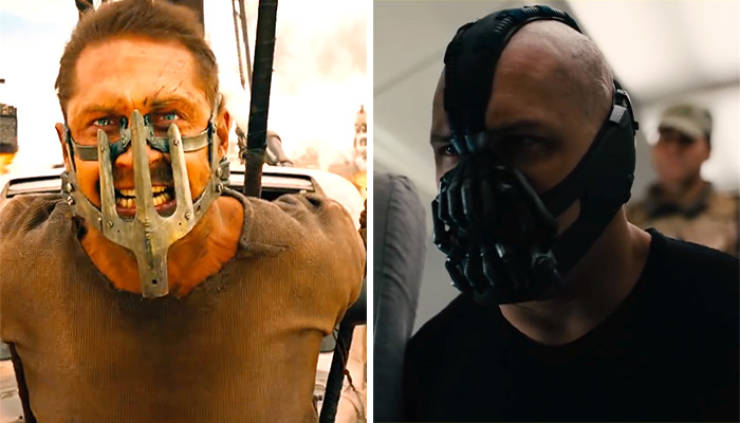 If you were fascinated or were struggling to finish the movie Inception in one sitting, you probably remember Tom Hardy playing a role in it. But this is not the only significant movie he has been in. The movie Mad Max: Fury Road, where he played one of his main good guy characters, Max Rockatansky, received some great reviews from critics. And this says a lot about his performance in the movie. However, there are various opinions about the production of The Dark Knight Rises, where he plays villainous Bane. 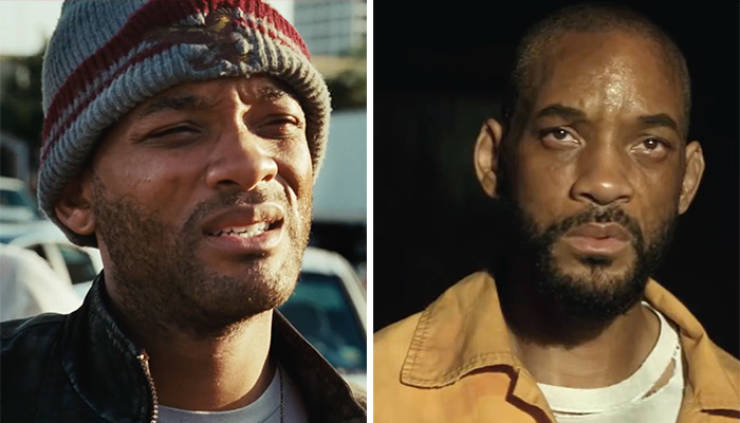 The examples of movies where Will Smith plays both the villain and the superhero are interesting as they do not show these characters as a typical bad and good guy. In the movie Hancock, he plays a superhero who loses his good name, and in Suicide Squad, his character Deadshot seems like a villain with morals. Smith is not only a popular actor, but also a producer. He has his own production company, Overbrook Entertainment. 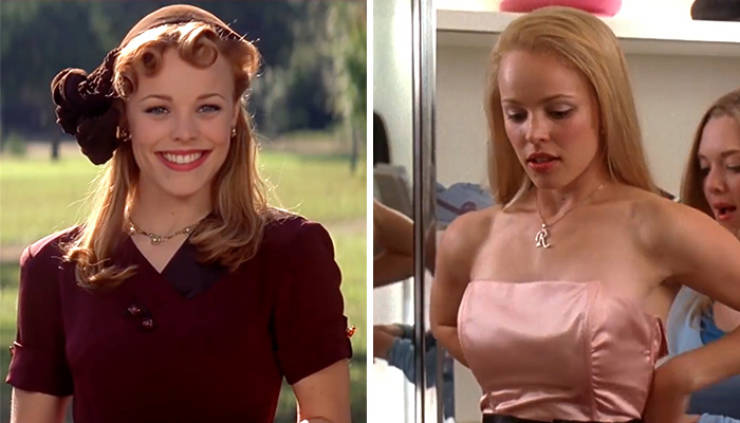 The movies Mean Girls and The Notebook came out in the same year, 2004, where actress Rachel McAdams played two very different characters: Regina George, a spoiled and envied girl, and Allie, a young and loving woman. Throughout her career, McAdams has had a lot of roles in romantic movies such as Midnight In Paris, The Vow, and About Time. 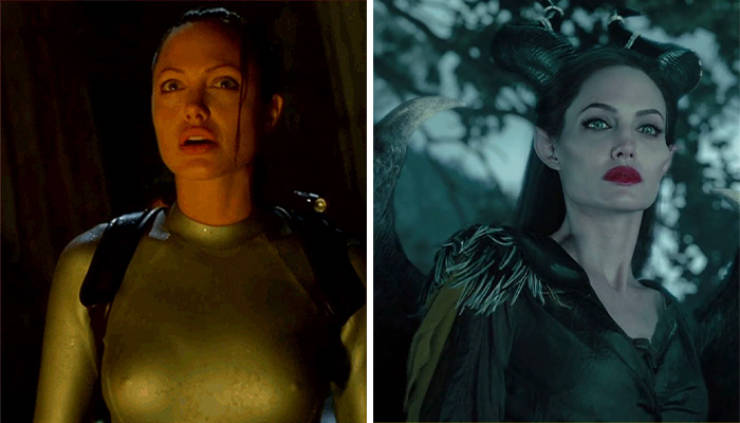 Since her first appearance in cinema in 1982, Jolie has played in more than 48 movies and won three Golden Globes and an Oscar. One of her memorable roles was in Lara Croft: Tomb Raider, where she played the lead protagonist. It was stated that for this role, she had to undergo special training. During her career, she had some opportunities to appear as a villain too: in the movie Maleficent, where she was an evil fairy. 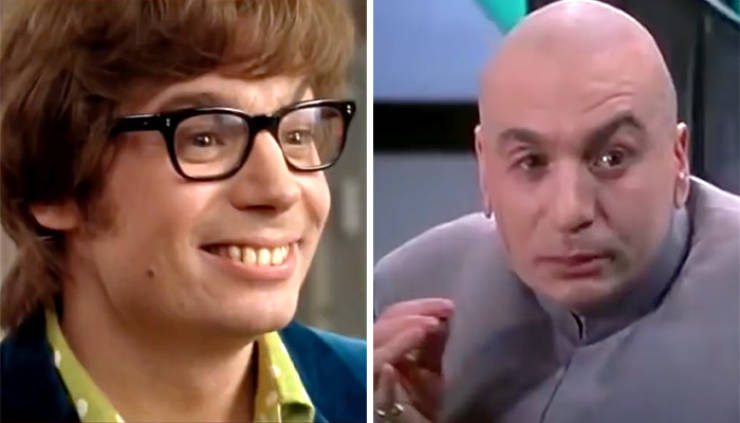 How often do we get to see an actor play both the villain and the good guy in the same movie? Actor Mike Myers showed that this is possible by playing two main characters, Austin Powers and Doctor Evil, in Austin Powers: International Man of Mystery. Some other of his significant works in cinema include the voice of Shrek in all four movies and his character Ray Foster in Bohemian Rhapsody. 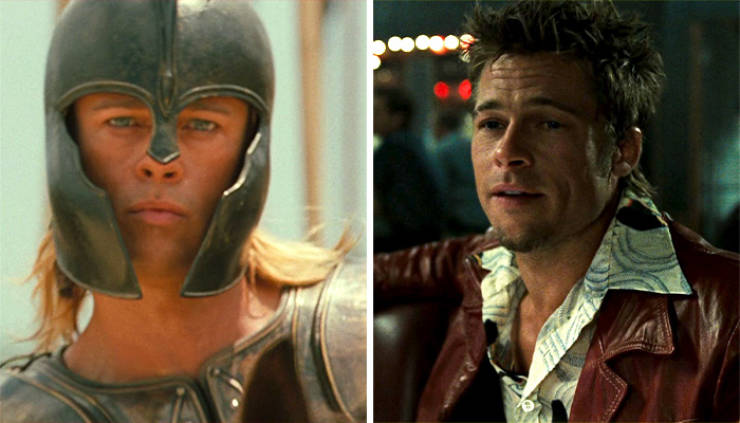 There is no doubt why one of the best-known Brad Pitt movies is Fight Club, as I guess there is quite a number of people who have heard and remember the first two rules of Fight Club. In this movie, Pitt played Tyler Durden, an antagonist of the movie. A movie where Pitt appeared as a whole different kind of fighter was Troy. In this historic movie, he played Achilles. 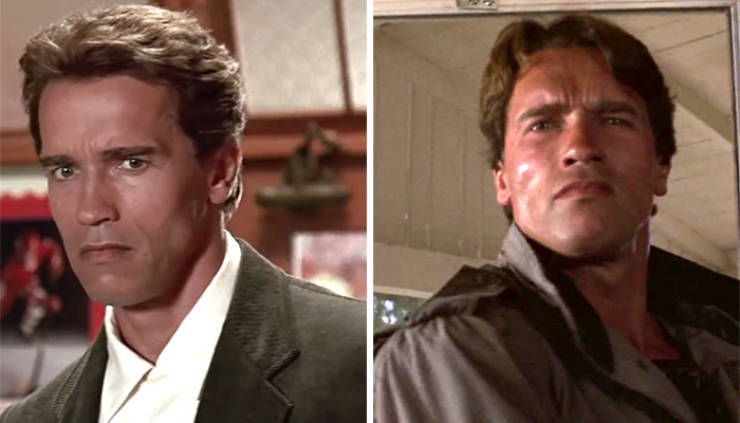 Now known as the governor of California, Schwarzenegger is still seen as a popular actor who played in movies such as The Terminator and Predator. In The Terminator, he played a cyborg who was sent from the future to 1984 to kill the protagonist Sarah Connor. With its genre, this movie is quite opposite to the one in which Schwarzenegger starred in 1990. Kindergarten Cop is an action comedy where he plays an undercover cop seeking justice, adding a good guy role to Schwarzenegger's movie list. 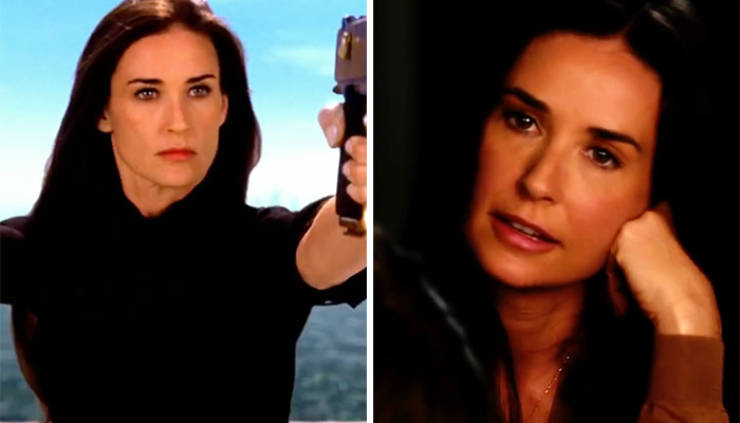 It seems that actress Demi Moore played not one but at least several villain characters that we should all remember. She was the main antagonist Madison Lee in the movie Charlie's Angels: Full Throttle, and Meredith Johnson in Disclosure. Her not-so-villainous role was in the movie L.O.L. where Moore played Anne, a mother who is dealing with a troubled teenage daughter. 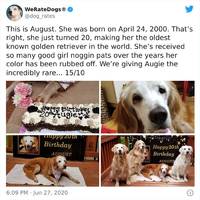 Isabelle 1 year ago
#7 Christoph Waltz wasn't in any Pirates of the Caribbean movies.
Reply
0 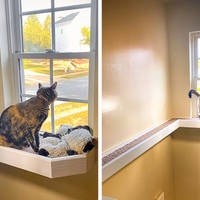 Mack 1 year ago
#15 Pesci was hardly a competent criminal in Home Alone. At least give the man credit for his viscous role in Casino where he stabs a guy near to death in the neck over an insult ha ha.
Reply