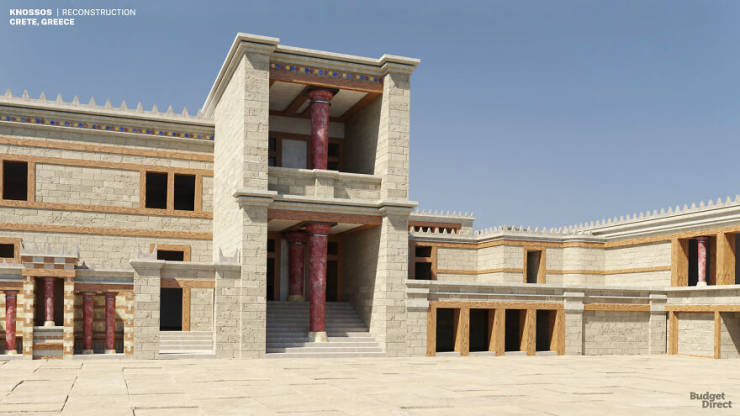 The oldest palace on this list by two millennia, Knossos, was constructed circa 1700 BC. In addition to its political function, it also was designed as an economic and religious center for the mysterious Minoan civilization. Knossos was destroyed circa 1375 BC—surviving invasion, fire, and earthquake nearly a century longer than similar Minoan complexes.

Without a way to decipher Minoan writings, the ruin’s many striking frescoes are key to understanding Minoan culture. For instance, one depicts the sport of bull-leaping. This sport may have given rise to the Minotaur legend—a cannibalistic half-man/half-bull from later Greek mythology.