Lily Allen turned down the role of Yara on Game of Thrones. 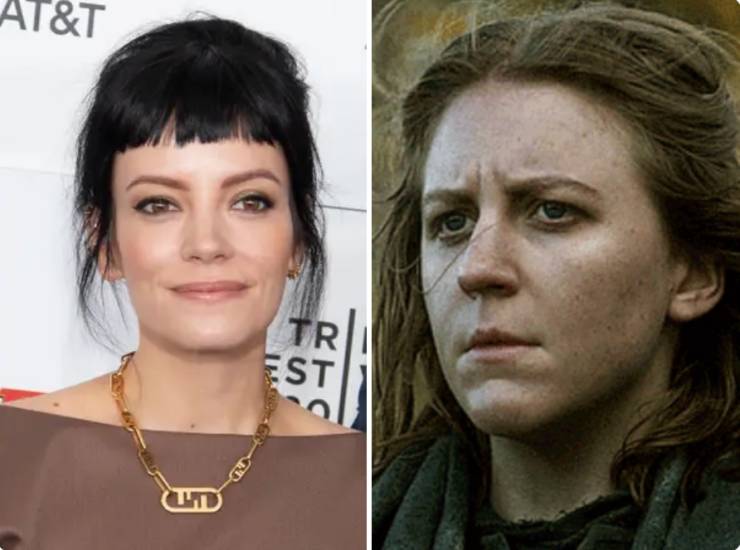 Alfie Allen's real-life sister was originally offered the role of Yara (Alfie's character Theon's sister) in Game of Thrones, but ended up turning it down because of the simulated sexual acts she'd then be doing with her actual brother.

Javier Bardem turned down the role of Danny in Minority Report. 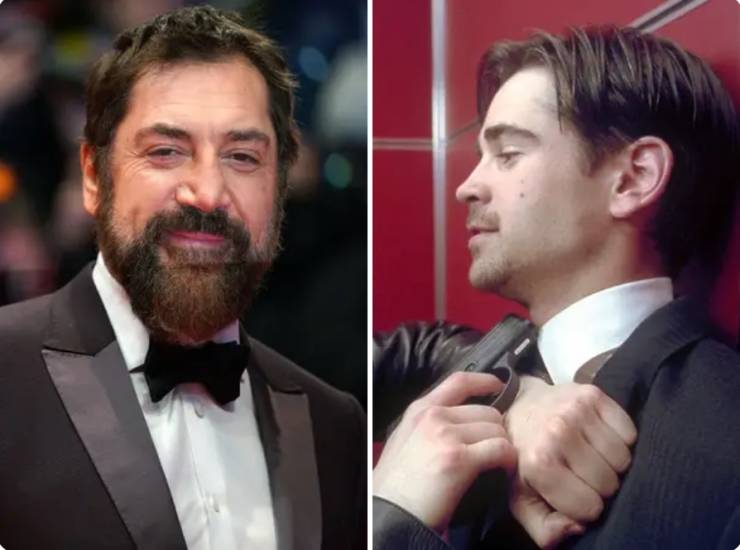 "At the time, it was difficult for me to jump into a foreign-language performance,” Bardem said of being offered the role in Minority Report, which ended up going to Colin Farrell. He had already appeared in English-language film Before Night Falls, but wouldn't truly feel comfortable with English until The Dancer Upstairs.

Zendaya dropped out of playing Aaliyah in Lifetime biopic Aaliyah: The Princess of R&B. 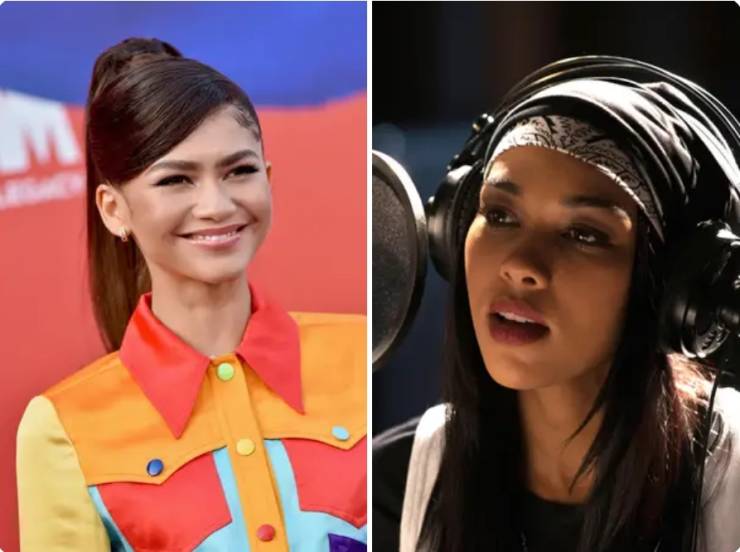 Zendaya revealed on Instagram that she dropped out of the movie because "the production value wasn’t there.” She also said she had tried to reach out to Aaliyah's family to get their blessing for the film, but could not reach them, so decided to drop out. The film went on with actor Alexandra Shipp without the approval of Aaliyah's family.

Gillian Anderson turned down the role of Cora Crawley in Downton Abbey. 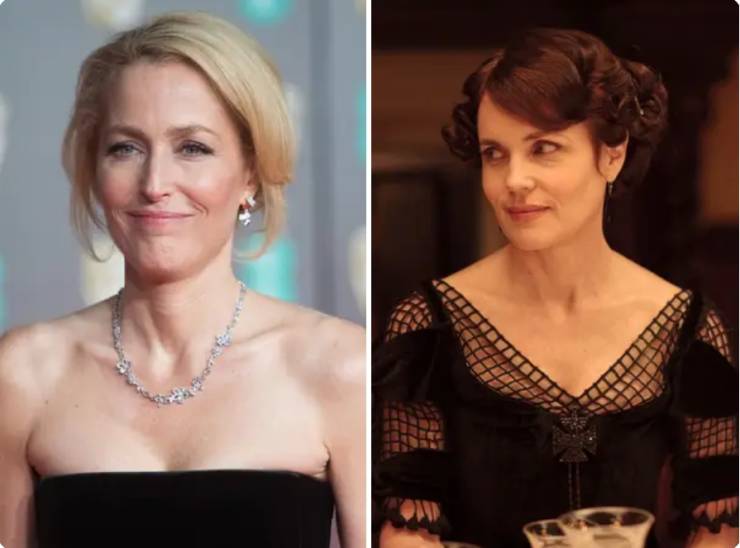 "If I am going to be spending that amount of time working on something I would rather be working with a director like Martin Scorsese," Anderson said in a bit of subtle shade towards the series. She also reportedly turned down a role in Game of Thrones for the same reason.

Will Smith turned down the role of Django in Django Unchained. 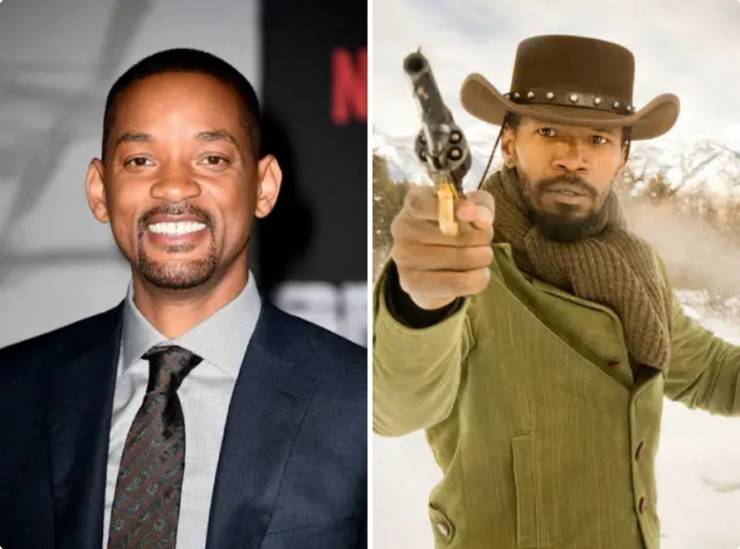 Smith loved the basic story, but couldn't see eye to eye with director Quentin Tarantino about its creative direction. “I wanted to make that movie so badly, but I felt the only way was, it had to be a love story, not a vengeance story,” Smith said. "I just couldn’t connect to violence being the answer. Love had to be the answer,” Smith explained.

And the role of Neo in The Matrix. 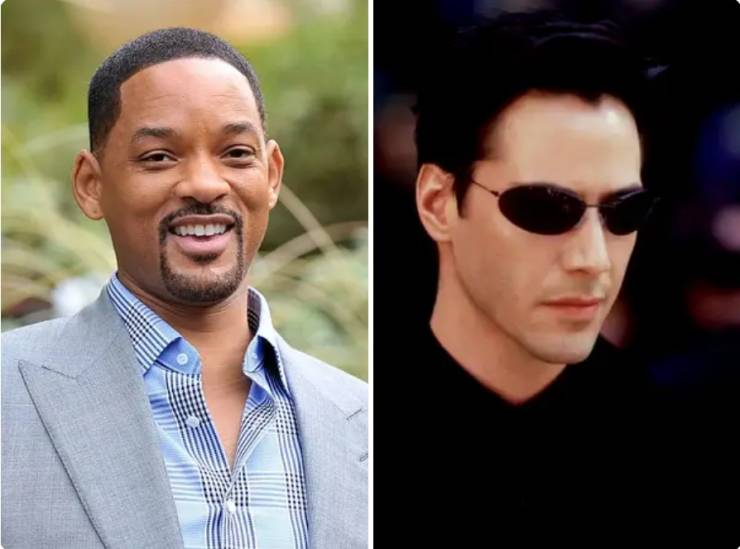 Coming off the success of a number of films, Smith said he was more interested in taking what he thought would be a commercial hit, which is why he turned down The Matrix so he could star in flop Wild Wild West. He also didn't want to be known as "the Alien Movie Guy," though refusing the role in the hugely successful film became a quick regret.

As did Sandra Bullock. 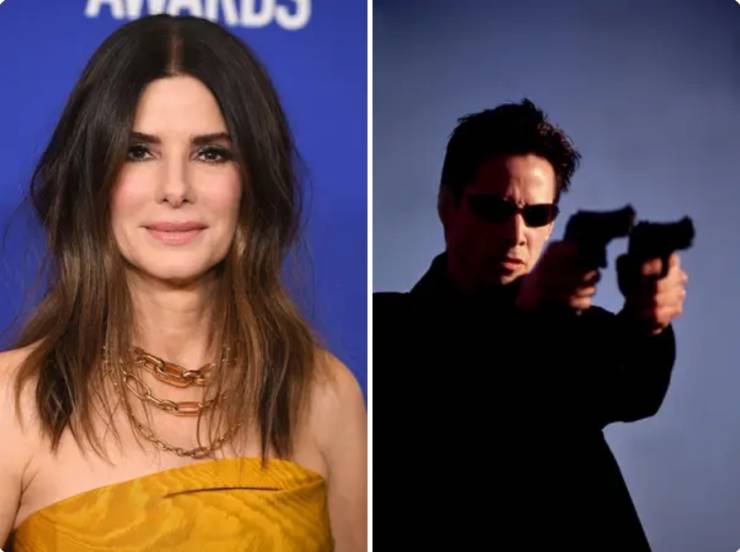 The team was having trouble finding Neo, and considered changing the role to a woman. They sent the script to Bullock with that information, but she wasn't interested in the role, so they didn't change the script and ended up going with Keanu Reeves.

Liam Neeson turned down the role of James Bond. 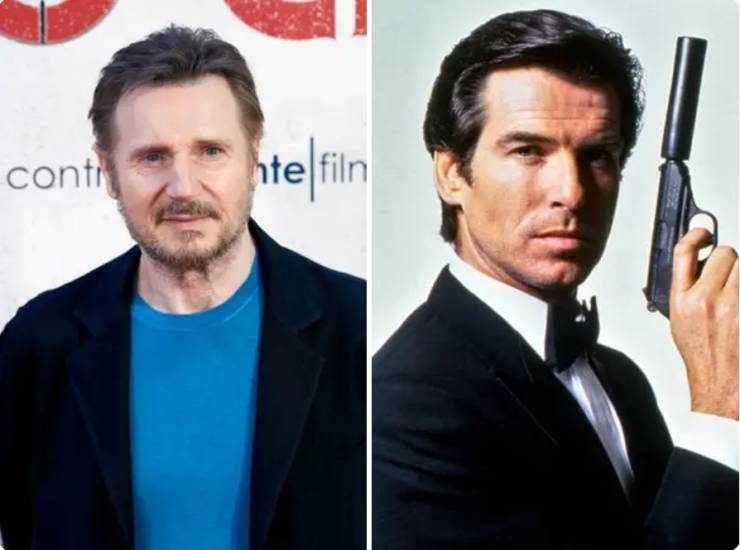 This was actually because his wife said she wouldn't marry him if he took it, though there's no word on why.

Claire Danes turned down the role of Rose in Titanic. 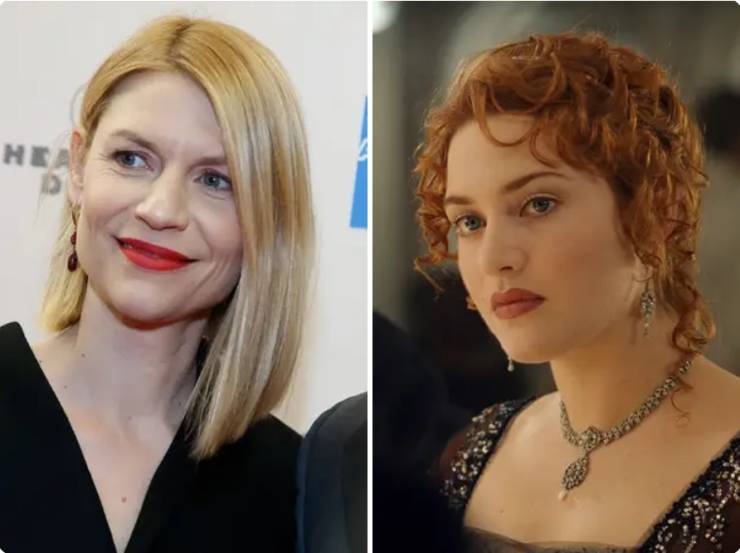 This was because she didn't want to do another romance with Leonardo DiCaprio, saying she just "didn't have it in her" after filming Romeo + Juliet. Titanic ended up becoming a much larger success than Romeo + Juliet, but Danes still says she has no regrets.

Zac Efron turned down the role of Ren in Footloose. 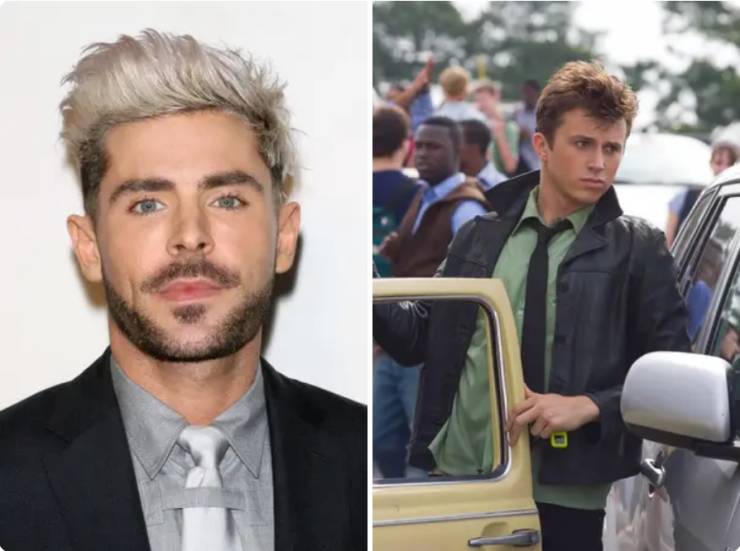 “I’m sure Footloose would have been a huge challenge, but the actors that I love and the actors that work really hard in this industry are always shaking things up, trying new genres, acquiring new skill sets,” Efron said of his decision. He didn't return to musicals until The Greatest Showman, in what seemed to be a deliberate choice for his career post-High School Musical.

Laurence Fishburne turned down the role of Jules in Pulp Fiction. 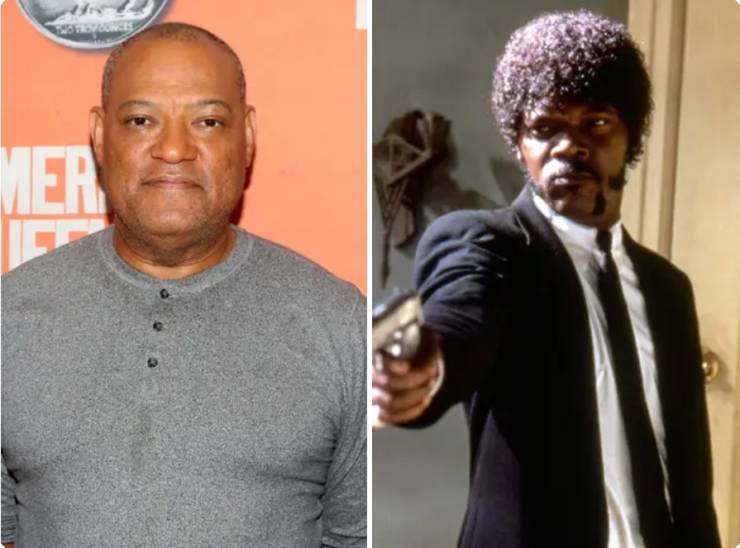 For this one, it wasn't necessarily about his character, but the film's messaging overall. “I felt like it made heroin use attractive," Fishburne said. "For me, it’s not just my character. It’s, ‘What is the whole thing saying?’" He emphasized that the use of heroin felt cavalier and loose in the film, and especially had an issue with the adrenaline shot scene.

And Radio Raheem in Do The Right Thing. 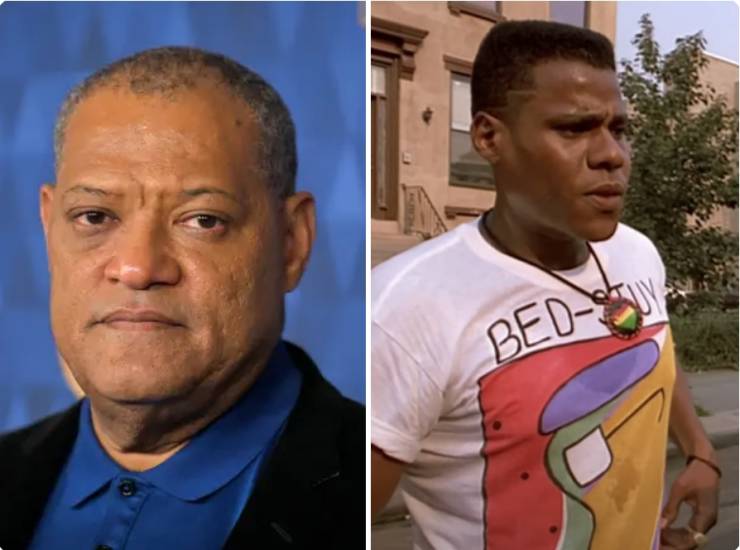 "There are ways in which [Lee] takes creative license with Do the Right Thing that just didn’t feel right to me," Fishburne told Vulture, discussing his issues with the film's ending and calling it "a little disingenuous." He said he understood why people loved it, but that it just wasn't for him.

Kevin Hart turned down the role of Alpa Chino in Tropic Thunder. 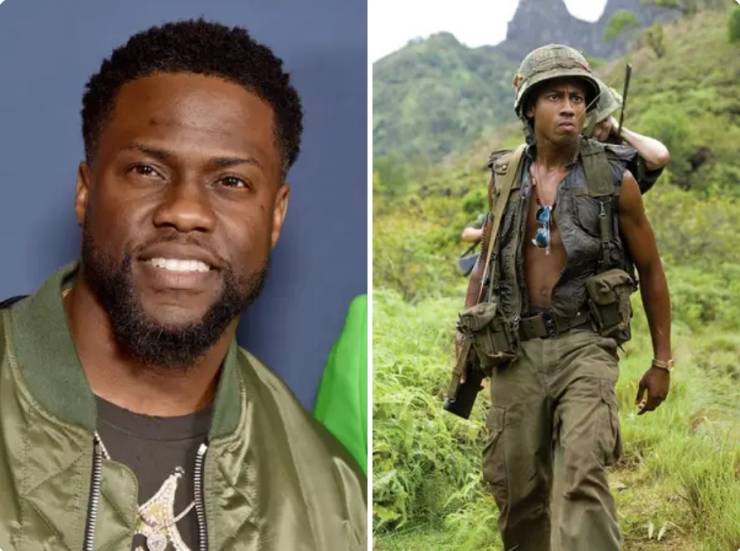 In the draft Hart read, he said the character, who was gay, was doing "flagrant" things he wasn't comfortable with. He then said he would never play a gay character because he felt his insecurities would keep him from diving into the role. While he said he had nothing against LGBTQ people, he has been accused of anti-gay comments in the past.

Leonardo DiCaprio turned down the role of Patrick Bateman in American Psycho. 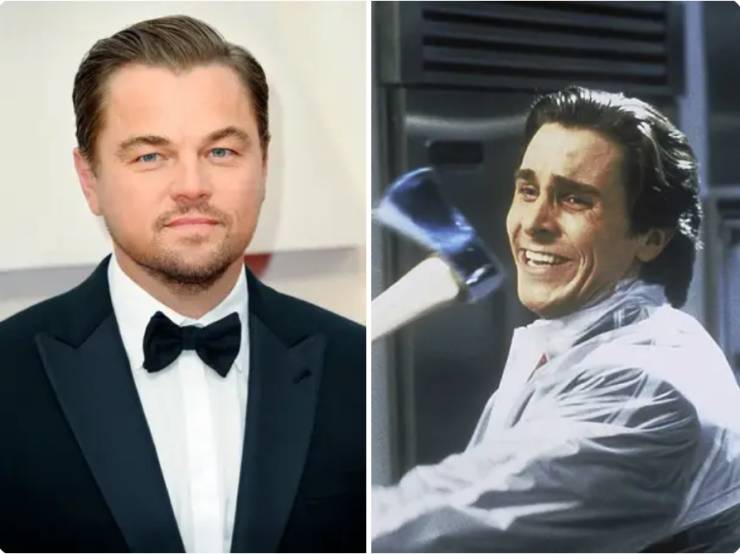 This hasn't been confirmed by Gloria or Leo, but one of the film's writers, Guinevere Turner, said she suspected Leo dropped out because of Gloria Steinem. "My friend, who had just spoken to Gloria Steinem, said that Gloria Steinem took Leonard DiCaprio to a Yankees game, I believe, and said, 'Please don't do this movie. Coming off of Titanic, there is an entire planet full of 13-year-old girls waiting to see what you do next, and this is going to be a movie that has horrible violence toward women.' Soon after that, Leo dropped out, so who knows what really happened?"

He also turned down roles in huge franchise series such as Anakin in Star Wars, Peter in Spider-Man, and Robin in Batman Forever. 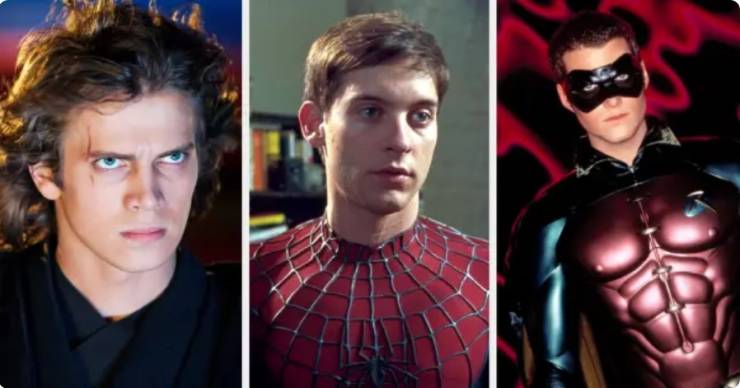 DiCaprio had meetings for all three films, but didn't really want to take any of them, saying he wasn't ready to "take that dive." When asked if he'd ever play a superhero, DiCaprio said "you never know" and that superheroes were becoming more complex characters, perhaps suggesting he turned these roles down because he felt they weren't complex.

Heather Graham turned down the role of Heather Chandler in Heathers. 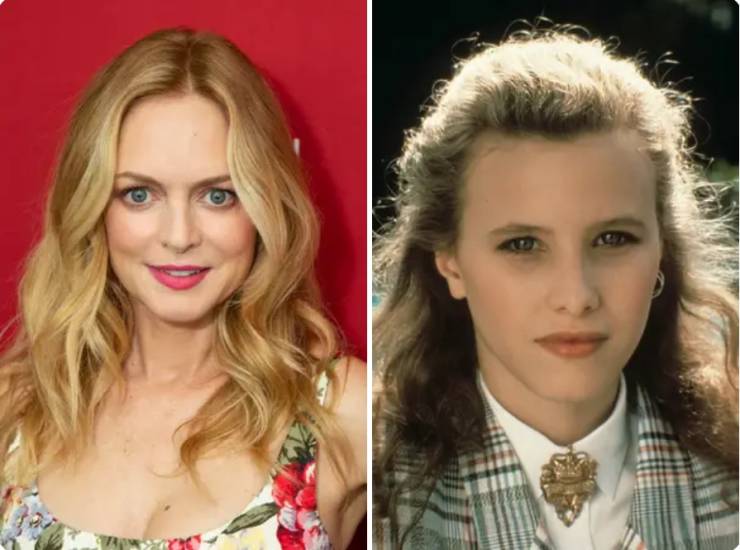 Well, it wasn't Graham herself who turned down the role, but actually her parents.  Director Michael Lehmann said, "She was 16 or 17. I even talked to Heather’s mother at great length to convince her we weren’t tools of Satan, and she would have nothing of it. I really tried. I mean, I begged her. Heather’s reading was just great."

Tiffany Haddish turned down a role in Top Five.

Haddish turned down the role because it required her to be topless and engage in a simulated sex act that involved "baby batter" (in Tiffany's words) going on the character's face. "I don’t want that role. I’m a stand-up comedian and I don’t let people do that in my face in real life, so why would I do it in this movie?" Tiffany told her agents, which she recounted to the Hollywood Reporter. "Like, you ought to have a little bit of respect for me, period. God made this face for a reason, and you’re not going to disrespect it," Haddish continued.

Thandie Newton turned down the role of Alex in Charlie's Angels. 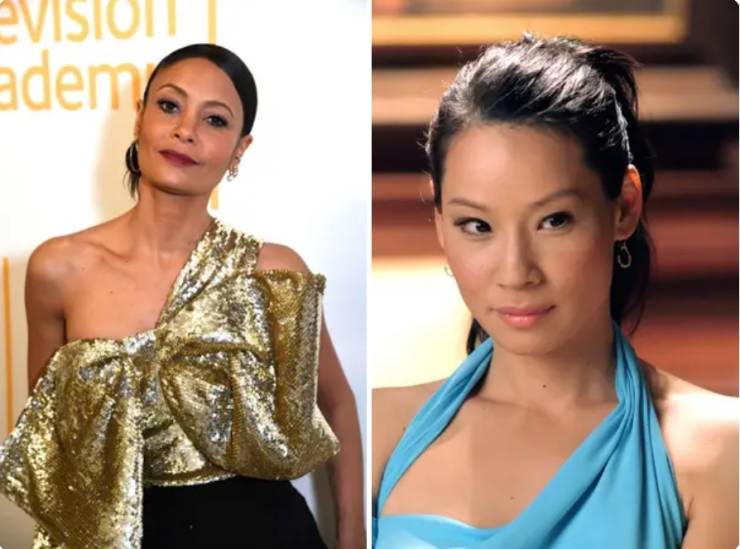 Thandie ended up dropping out of the film after the director allegedly excitedly described to her how the first shot would be of her butt, and the head of the studio suggested her character wasn't believable as a Black character because she was so educated. The role ended up going to Lucy Liu.

Madonna turned down the role of Nomi in Showgirls. 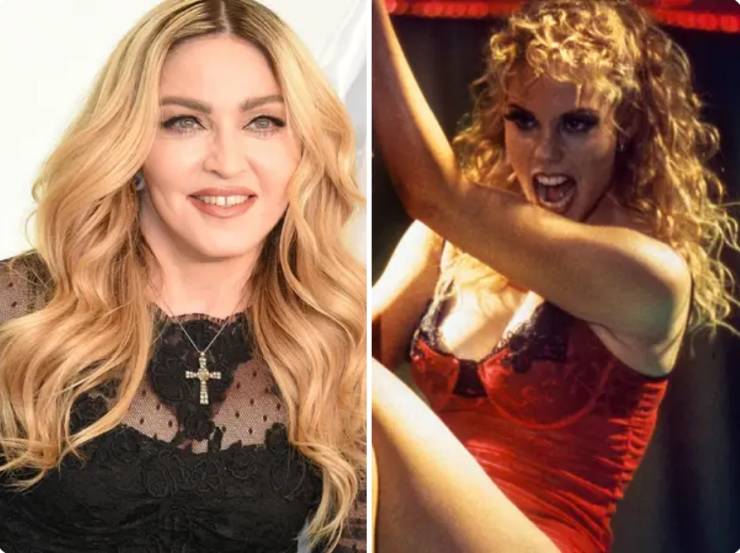 The main role was offered to A-listers like Drew Barrymore, Sharon Stone, and most notably, Madonna. She was actually interested, but only if major changes were made to the NC-17 film. The filmmakers refused, so Madonna passed, and they went with Elizabeth Berkley. The film ended up becoming a flop, but also a cult classic.

Drew Barrymore turned down the starring role of Sidney in Scream. 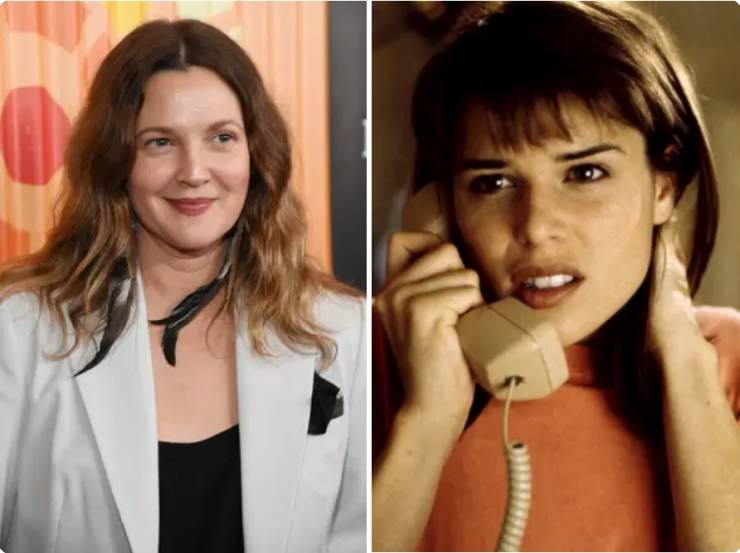 Barrymore could've starred in the film, but instead took a bit part as Casey, the girl at the beginning of the film who is murdered first. She did so because she was sick of the horror movie cliché of the "final girl" you know is going to survive the whole film. "What I wanted to do is to take that comfort zone away. ... I asked if I could be Casey Becker, so we would establish this rule does not apply in this film.”

And finally, Henry Golding originally turned down the role of Nick in Crazy Rich Asians. 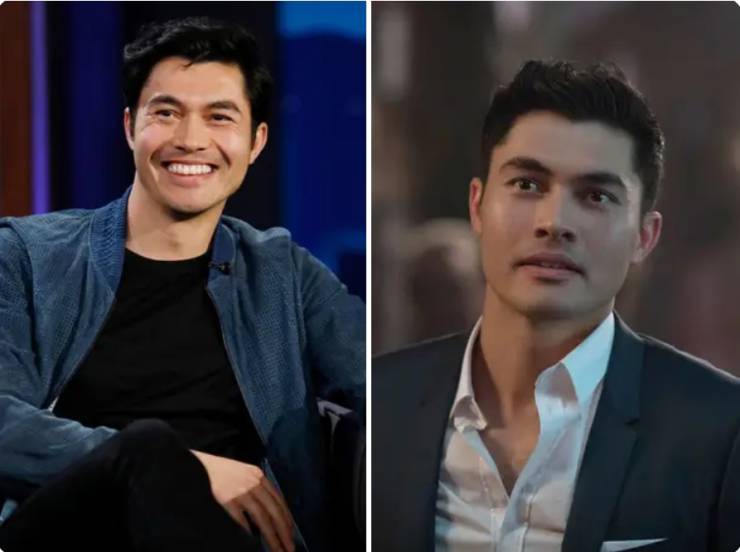 Golding originally didn't want to take the role, as he was working as a presenter and had never actually acted before. "When the offer came, they were like, 'Oh, do you want to audition for this role? It’s going to be a big movie.' I was like, 'Oh, I've heard of it. It's going to be fantastic, but it's for someone else, someone else who is going to bring the A-game, who's a legitimate actor, who the studio's going to gamble on' because it's such a big deal," Golding said. However, he was convinced that he would be a good fit, and the rest is history! 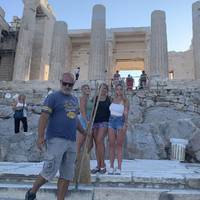 Prue 10 month s ago
To be fair, it's hard to know in advance which movie is going to be good and which is going to be a trainwreck.
In Will Smith's case for example, if someone just described the concept for " Wild, wild west", it sounds pretty amazing. While you could easily interpret "The Matrix" as: "sounds a bit crazy and out there".
Reply
0 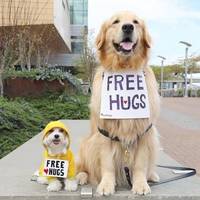 Vert 10 month s ago
So sick of Will Smith having to be in every movie.
Reply
0 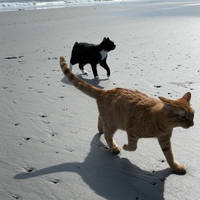 Terry 10 month s ago
I just watched one without him. He was almost in it though.
I’m sick of him almost being in every movie.
Reply