Welcome back to a chilly December. These photos might be just what you need to wake up and get ready for a new week. 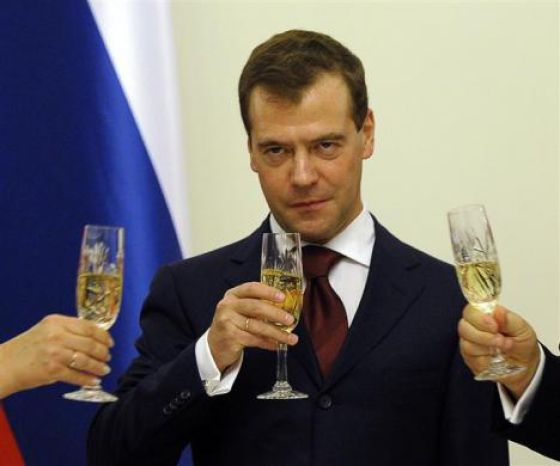 Russian President Dmitry Medvedev toasting at an official dinner at the presidential palace in Warsaw. It looks more like the President is ready to do something a bit more fun then drinking wine.

No More No More Tickling 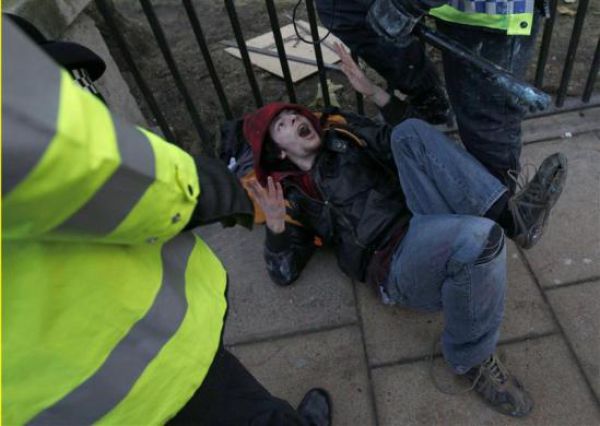 This guy looks like he is having a blast during the demonstration and protest in front of the British parliament in central London. I hope that the police are tickling him like Elmo. 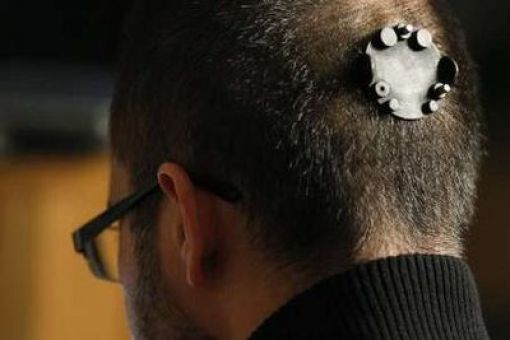 This NYU photographer and professor Wafaa Bilal  has gone the limit and had a camera installed into the back of his head. That is really pushing the limit for your art. He will have the embedded camera in his skull for a year, and all of his photos will be streamed on the web. The project was consigned by the Mathaf the Arab Museum of Modern Art in Qatar. 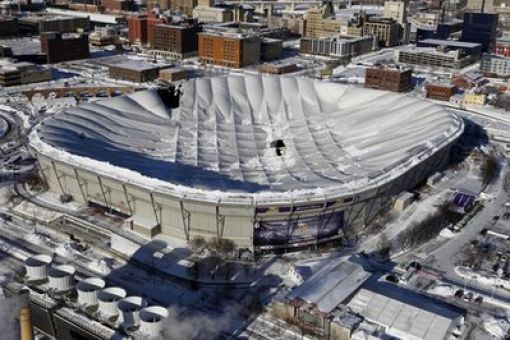 With heavy snows began to add up and the inflatable dome couldn’t handle the weight and collapsed. No one was hurt, but now the NFL is scrambling to find a new stadium to host the Vikings and the Giants game. 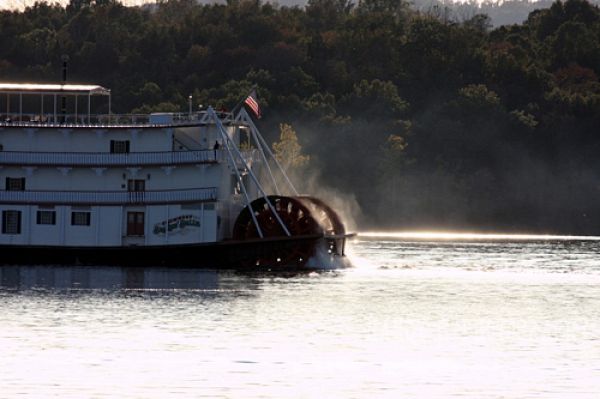 The fun dinner and show cruise ship ran aground during 4 foot waves and wind that made emergency aid difficult. Passengers had to wait 15 hours to finally come aboard, but they were in great spirits and even gave the crew and rescuers a Merry Christmas as they made their way off the boat. 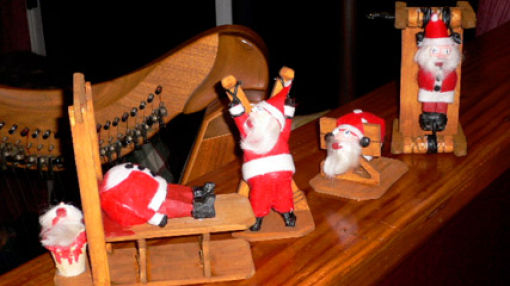 A perverse artist has taken Christmas decorations to a new level. Michael Oddo enjoys making these odd Santa’s and has quite a following. His Santa’s recognize the fact that Christmas is way to commercial. 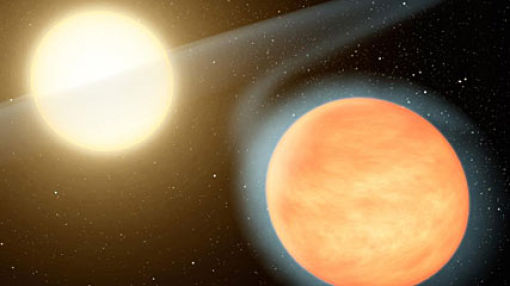 This planet is said to have its share of diamonds, to bad it is 871 light years away from our planet. It is called WASP-12b and I am betting jewelers around the world are drooling all over everything. 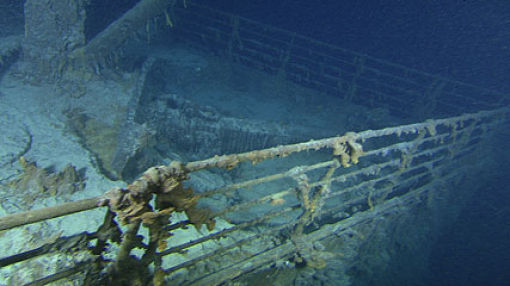 The doomed ship is still being eaten away by Halomonas titanicae. It is said that eventually the R.S.S. Titanic will be a big rust deposit at the bottom of the ocean. 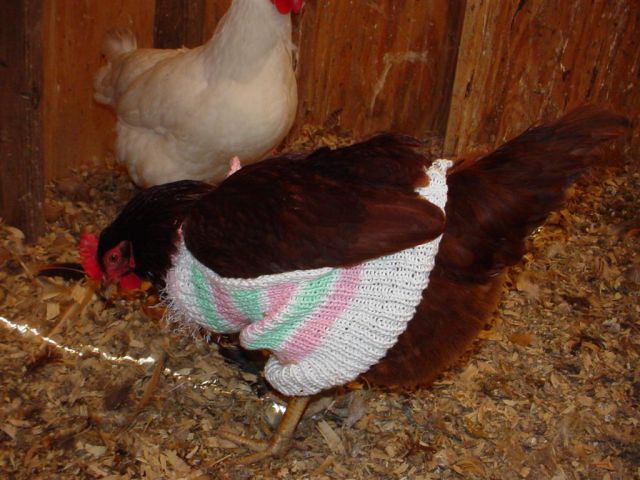 For the hard to buy for person on your Christmas list. Get them a nice little sweater for their chicken.