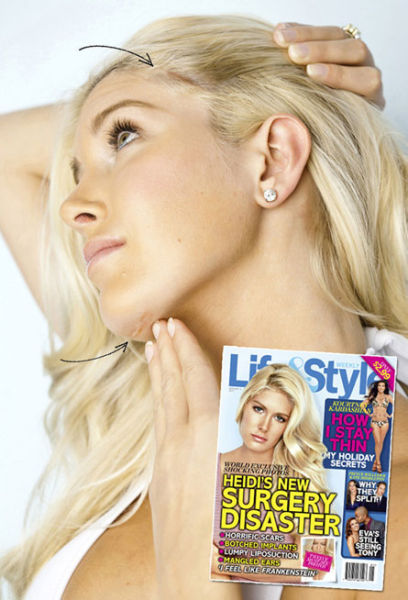 Like, are you serious about this? Just last year, she's happy to turn out to be a plastic doll, but now she's crying all over the media for the bad things plastic surgery did to her body. Heidi Montag cried out her frustrations in the Life&Style issue as she mentioned that there were: 2-inch long scar in her chin, a bald spot above her brow, jagged line behind her ears and uneven boobs. It had ruined her career and destroyed her personal life and wished she could go back in time to fix everything. Really??? If hadn't known better, I would detect that she's doing this drama while getting paid, just like a year ago when she took all those plastic surgeries because she is also getting paid. And all the blame goes to her for going under the knife for so many times.

50 Cent's 52-room mansion was broken into by robbers 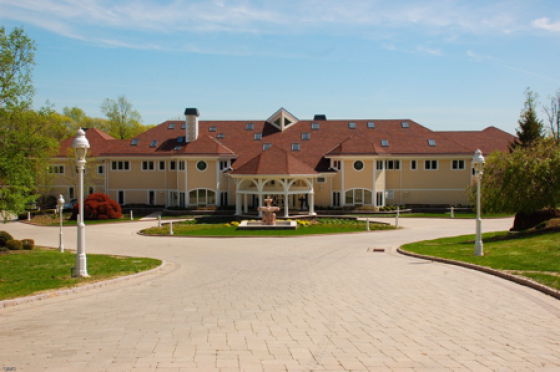 50 Cent's 52-room mansion in Connecticut, which is on sale on the market, has been invaded by robbers earlier today. Security guards noticed a suspicious-looking car in the driveway and called the police. The robbers were caught inside a closet drinking wine and in possession of weed. They said they entered through an unlocked door. Like, what were the security guards doing the whole time they were there? I know the house is for sale, but a mansion is still a mansion and you have to guard it no matter what. Stupid security! 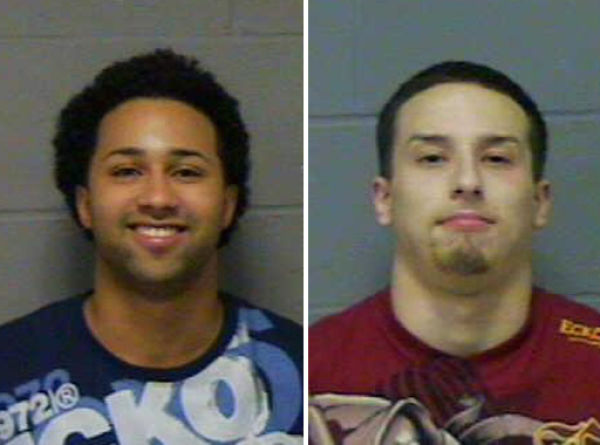 As for the criminals...really “smart” guys...there's no wine and weed for you in prison now.

Harrison Ford insists that Indy die in the next sequel 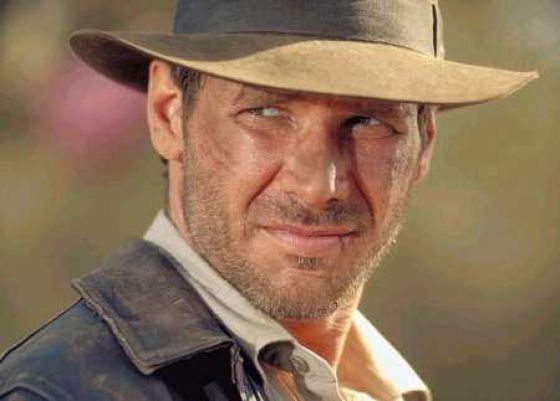 There's even a fifth installment?! Well people, it looks like it, but Harrison Ford told Steven Spielberg and George Lucas that he wanted his character to be killed off in the sequel so that he could pass his hat to his son. Hmmm...maybe, just like us, Ford is getting tired of having another Indy film. According to some sources though George didn't want that to happen while Steven is considering it. Come on George, move on! It would be better for all of us for Indy to die in a good and monumental way than see him in another movie! We'll love him more that way. 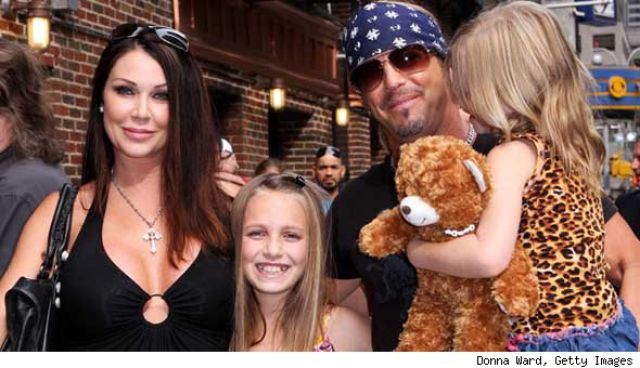 The reality TV star, Bret Michaels, is now engaged as he proposed to his girlfriend of 16 years, Kristi Gibson on the finale of his reality TV show “Bret Michaels: Life As I Know It.”. The bandana-wearing rocker dropped down to one-knee as he asked his 39-year-old girlfriend to marry him because she has been a big part of his life and that they have love and respect for each other. He felt now is the right time to propose because his girlfriend has been through a lot with him, and deserves a lot. Maybe now, Michaels can drop down his bandana just for the wedding to give way for Gibson's wedding veil.

Chris Colfer is feeling the spirit of Christmas 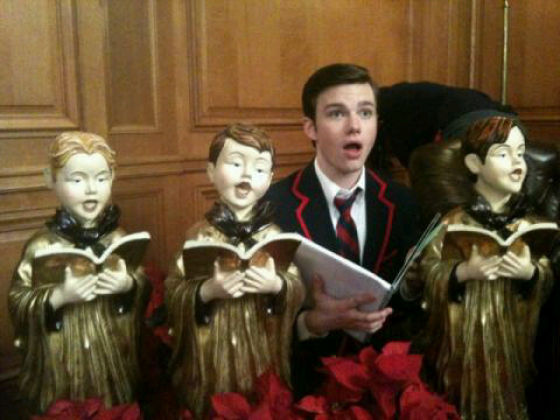 As Christmas draws near, celebrities are coming out of pictures with their Christmas greetings. Glee star Chris Colfer (playing as Kurt Hummel) joins the bandwagon as he wishes everyone a Merry Christmas with this picture from the set of Glee. He tweets “Merry Christmas from the Dalton Academy Warblers!”

Anne Hathaway moves in with BF 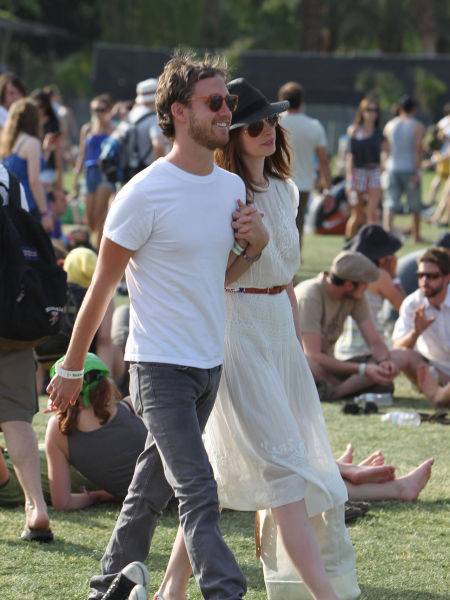 It looks like Anne Hathaway and her boyfriend Adam Shulman is jumping on the serious fence as it was reported that the actress is moving in with him Brooklyn. His house is said to be situated on the same neighbourhood where she grew up, so she could never be happier, according to a source. Well, it looks like they really are serious with each other, but I can't take off the nagging feeling that Hollywood couples moving together is, most of the time, not a good idea. Somehow, it could complicate things, but I hope the couple can keep the relationship together. 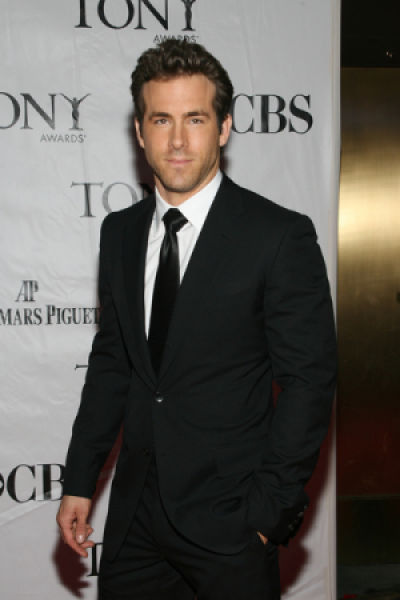 Maybe Ryan Reynolds have been waiting for this for a long time. The Green Lantern actor, who just separated from ex-wife Scarlett Johansson recently, is said to be eyeing a $7.4 million luxury pad in Los Angeles. It is five-bedroom home that is custom built with pool, gym, and sauna. Wow, Reynolds have really been waiting for THIS! An insider said it is a home good for him who is looking for privacy and comfort. Oh yes, that's what you get when you suddenly become single and available even for your ex. Well, at least he'll be having the time of his life once he gets that pad. 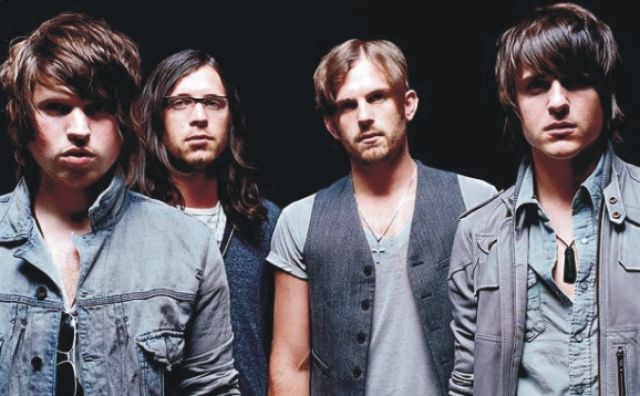 They were just about to put the stage on fire with their concert, but a different thing caught on fire. Unfortunately, for London fans, the Kings of Leon concert will be postponed due to their tour bus having caught on fire. It was said to suddenly get on fire while it was parked earlier this morning, but it was good that no one, especially the guys, got hurt. It was rather disappointing for fans though as a lot of them were anticipating the concert.

Harry Potter Actress’ father and brother admitted on assaulting her 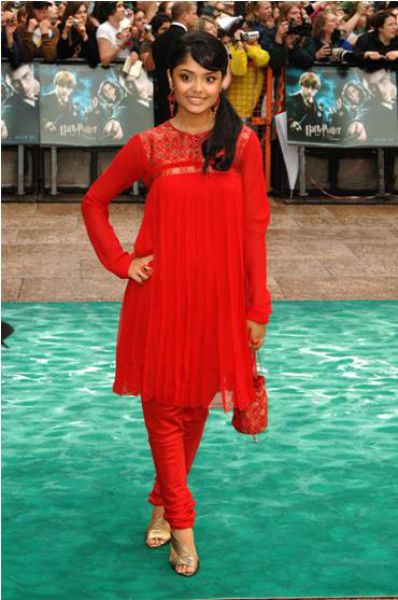 Afshan Azad, the actress who played Padma Patil in the Harry Potter series, had earlier reported that her life was threatened by her father and brother. But yesterday in court, her brother Ahraf admitted that together with his father, they assaulted her and threatened her life all because she was dating a Hindu man. Her family is Muslim so that is no surprise. But sadly, she won't testify against them, maybe because out of fear, and the brother and father were cleared. I hope that she speaks up to this domestic violence because a sweet girl like her does not deserve such violence.

Jack Black is free from nicotine 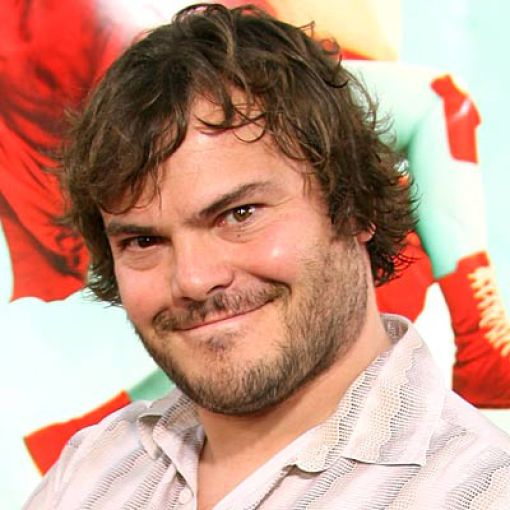 After 20 years of smoking and nicotine addiction, Jack Black is finally free from nicotine addiction. Even though he quit smoking when his baby boy was born in 2006, he had been chewing nicotine gum. Afterwards. But now, he had achieved on stopping that addiction because, Black says, you still have nicotine in your system. And now, he plans on dropping some pounds as a New Year's Resolution.  Well, he has all the money for personal coaches so I think he can manage.