Yeah its Friday! We are all happy to see the end of another week draw to a close. A lot of us got snow and bluster, but now we can relax at home and let the snow fall down without having to venture outdoors. Here are some pics to help you keep busy during that downtime. 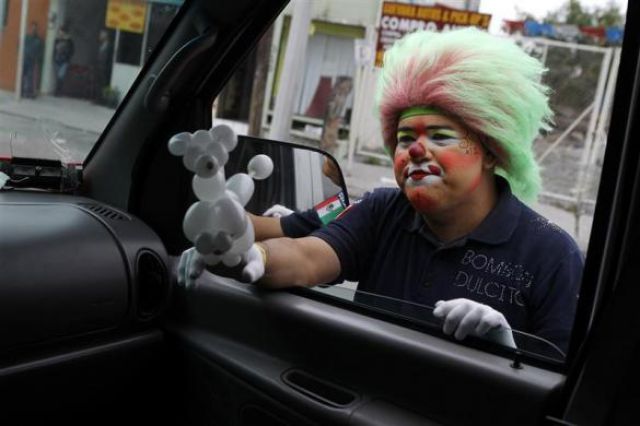 Police offers gear up with white paint and balloon animals to help defray the negative persona attached to the police in San Nicolas de los Garza. 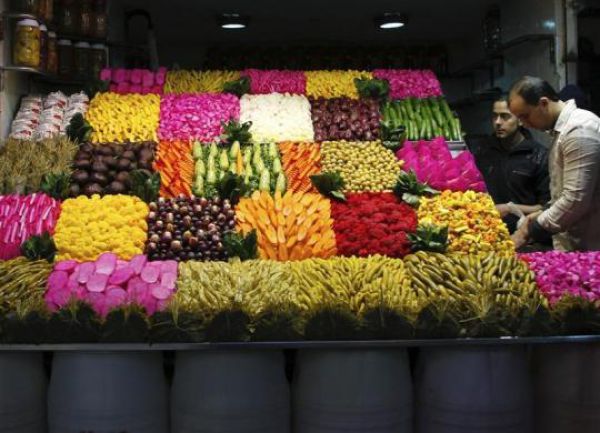 Local vendors display a variety of pickled veggies at the Bob Srejeh market in Damascus. 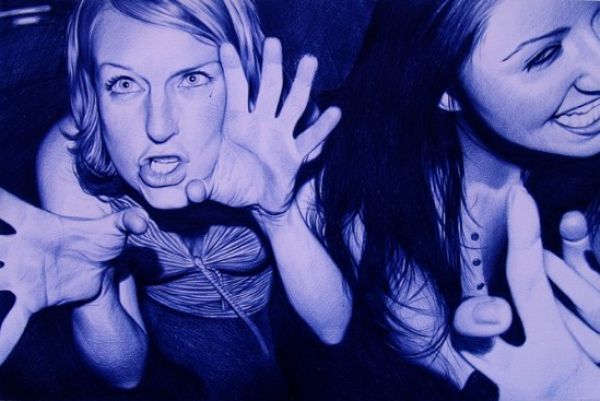 Yup, photograph? No! This image is created by an artist called Juan Francisco Casas and was created by a ballpoint. The works he created and turned in stand over 10 feet tall and take up to 14 ballpoint pens to create in a two week period. 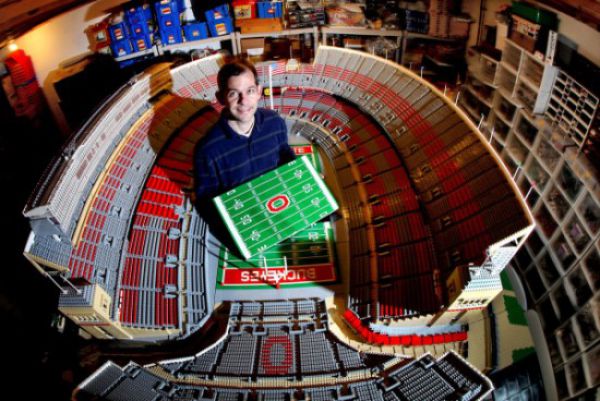 Another amazing Lego creation created by Paul Janssen. He spent 3 years collecting the LEGO pieces. It took him 1000 hours to finish completion of the huge replica of the Ohio Stadium. The replica stands 8 foot tall and 6 foot long. 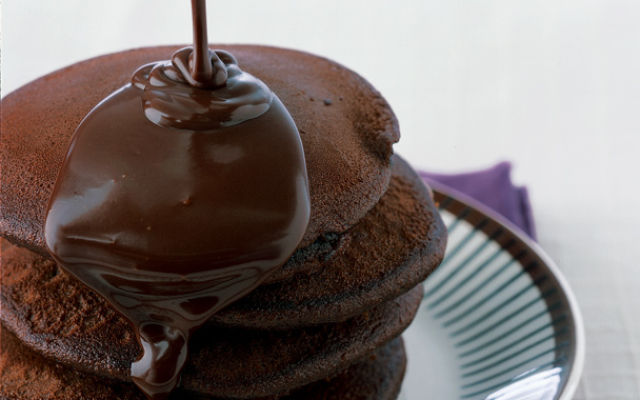 Now if that isn’t a breakfast for champions I don’t know what is. 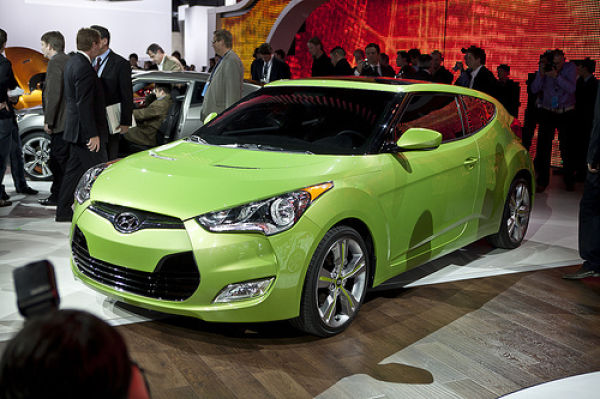 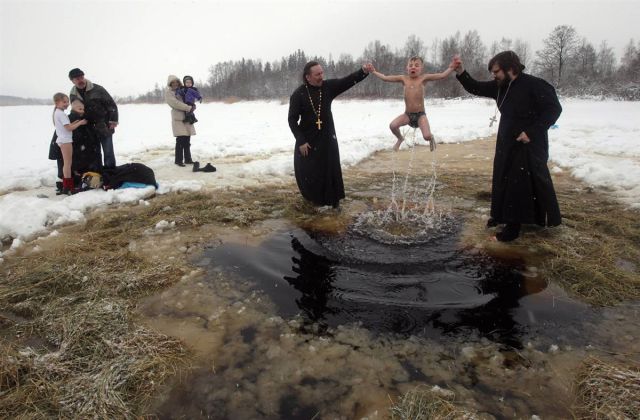 Even babies get doused during the Russian Orthodox Epiphany Orthodox holiday. 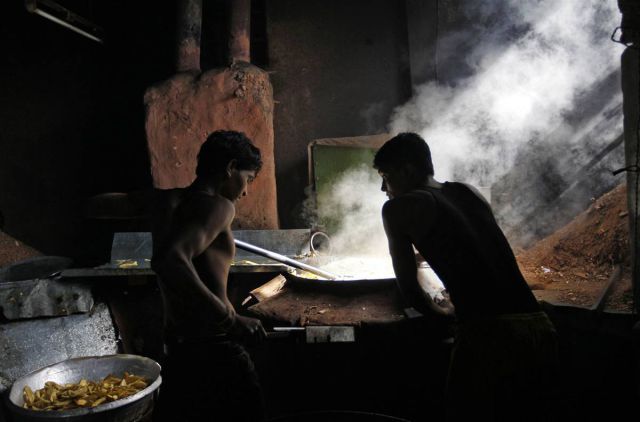 These men work at a banana chip factory in India. From the looks of things it looks hot sweaty and hard. 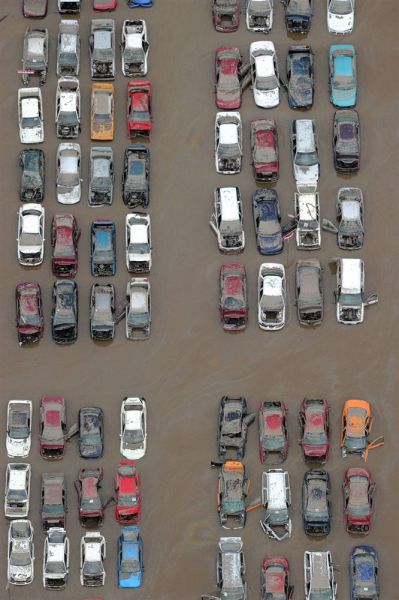 With the water slowly going down huge parking lots full of cars come to light totally destroyed. The fruit and veggie market will be hiking prices to make up for all the destroyed crops from the flood.