This story happened more than a year ago, but we somehow missed this political campaign ad fail. Former UK Independence Party leader Nigel Farage got in a light plane crash. Somehow the plane towed a banner bearing the slogan “Vote for your country - Vote Ukip”. 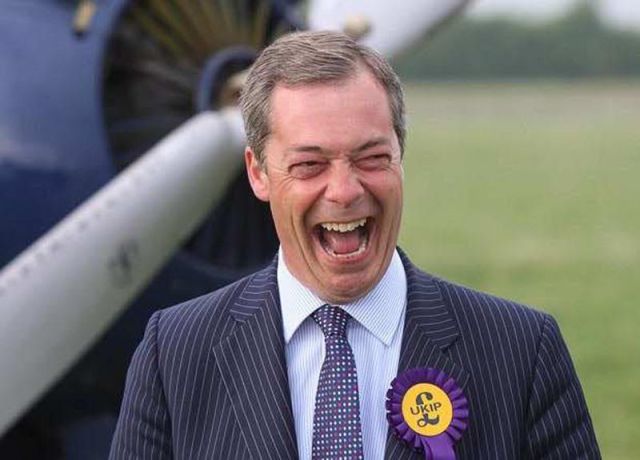 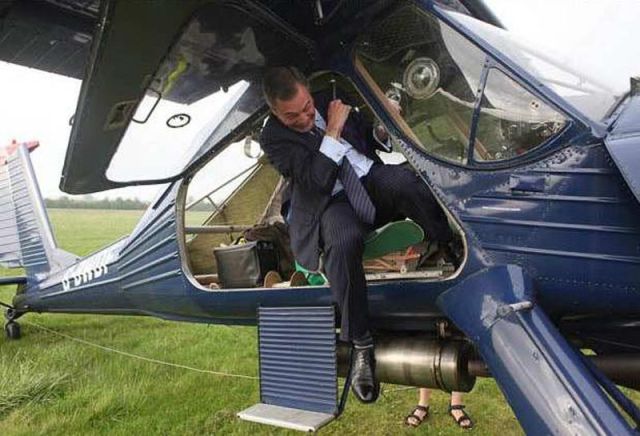 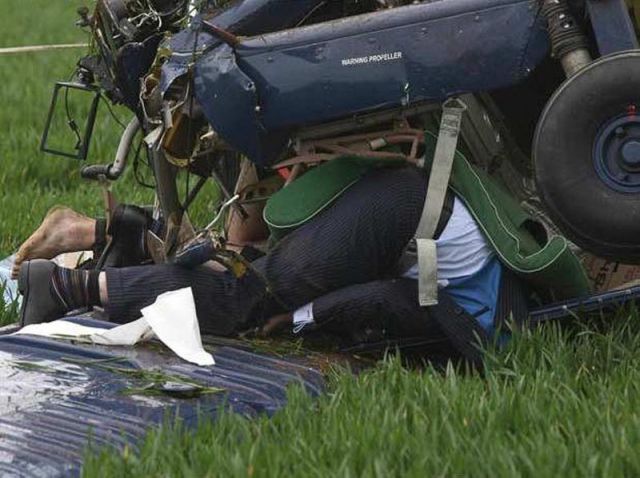 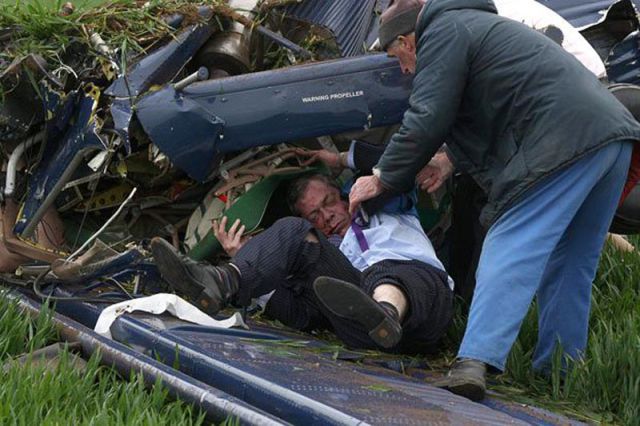 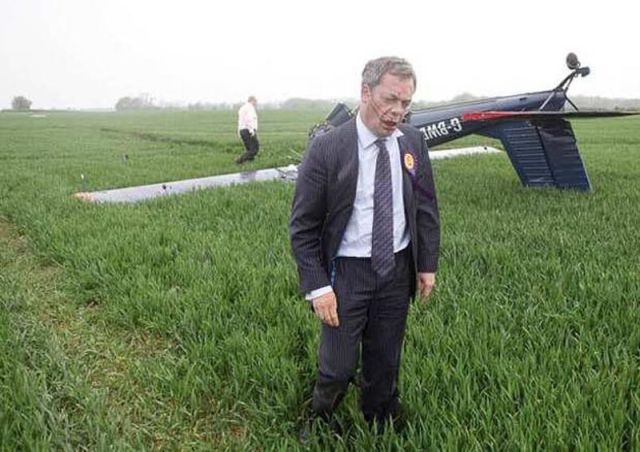 Enter your name 9 year s ago
im so sorry i laughed so hard. but man, his expression in the last picture is priceless.
Reply
0

EmmetB 9 year s ago
That plane is polish plane, shame they ruined it.
Reply
0

fidelxxx 9 year s ago
Yeah, I've heard they crashed on cemetery. Till now 1745 bodies were found and it's the most tragic plane crash in Poland.
Reply
0

orendadude 9 year s ago
Got to agree. The look on his face is funny. Looks pretty embarassed as well.
Reply
0

mm 9 year s ago
It's a miracle that they survived, when looking at pic 3. I guess politicians really don't have spines.
Reply
0

Chrischan74 9 year s ago
This is true for 98% of european politicians. But Farage definetely belongs to the minority of 2%.
Reply
0

Enter your name 9 year s ago
Oh, shit. I feel so bad for laughing, because Nigel Farage is fucking awesome.
Reply
0

zakibudek 9 year s ago
Whose bare foot is in picture 3?
Reply
1

Antypaladyn 9 year s ago
I also like Nigel Farage. But since he's not afraid of using his words as a sword, the plane might as well have been sabotaged. It's a wonder they survived.
Reply
-2

fidelxxx 9 year s ago
Yeah, right. Because with his small party he's real threat as MEP. I think he uses his world wisely as anti-socialist, but with all that props (like Euro-coffin), he's showing that he takes his listeners as a morons. And for them he's a clown, not a politician.
Reply
0

Pogle Stowell 9 year s ago
From Nigel Farage: “Observing the EU's policy on the amalgamation of land-holdings, and the
intensification of farming, over the years, has convinced us [UKIP] that the EU is intent on abolishing extensive farming and family-farms, in favour of factory-farms operated by a few, immense conglomerates, which are already the "economic partners" of the EU-Commission and - through about three-thousand secret, consultative committees - already shape the
Commission's proposals in this area.

We observe also that the policies of the EU are immutable. Together,
they constitute a system of economic and political governance and
control, which has been formulated in advance and will be implemented,
as rapidly as possible, or as slowly as necessary - and indirectly, if
need be - as long as the EU exists. The EU's "parliament" is important,
in this scheme, only insofar as it gives the (quite false) impression
that a democratic process is at work. In reality, the "parliament" is a
propaganda-arm, and palliative complaints-department, of the Commission - providing names you can write to - who will write back, pretending (in the hope of re-election) that they have meaningful powers and can assist you.

Furthermore, the pro-EU parties, which control the EU's member-governments, are supported and promoted by a vast array of EU-preferred, and EU-funded, "opinion-forming" bodies, from great
corporations (as mentioned above) and professional/commercial
associations, to trade unions, charities, churches, academic institutions, pressure-groups and, of course, the media. This has reduced national elections to little more than a farce.

Under these circumstances, in which it can be seen that democracy has
already disappeared - and even if the EU's programme could be thought to be benign, which we do not believe it to be - the EU's structure and
function, which it cannot change without dissolving utterly, would have to be regarded as an unacceptable, totalitarian danger to society.”

Haha! Are you afraid yet?
Reply