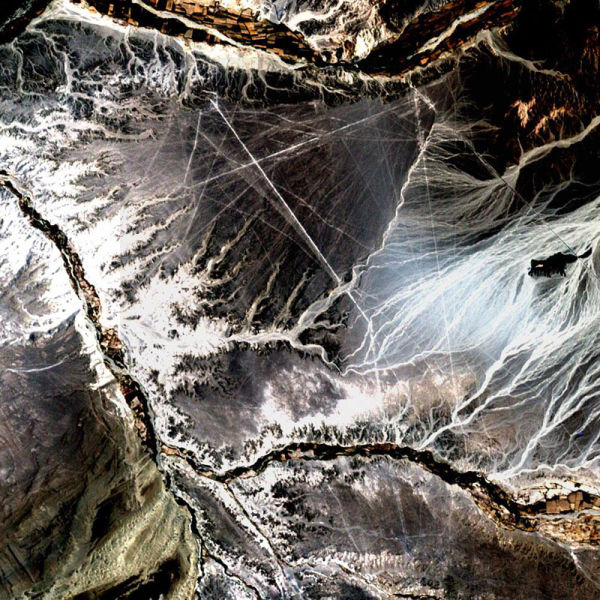 In the desert of southwest Peru, between the Andes Mountains and the Peruvian coast, lies a plateau with huge geometric patterns and spirals, animal figures including a monkey, a spider, and an ‘owl man,’ and thousands of perfectly straight lines. The last of these was drawn about a thousand years ago. Known as the Nazca lines, the drawings have mystified scientists since they were first discovered in the 1920s. Pictured here is all that can be seen of these lines by Landsat 7′s 15 meter pan band, which has been used to sharpen the 30 meter Bands 3, 2, and 1. November 10, 2002