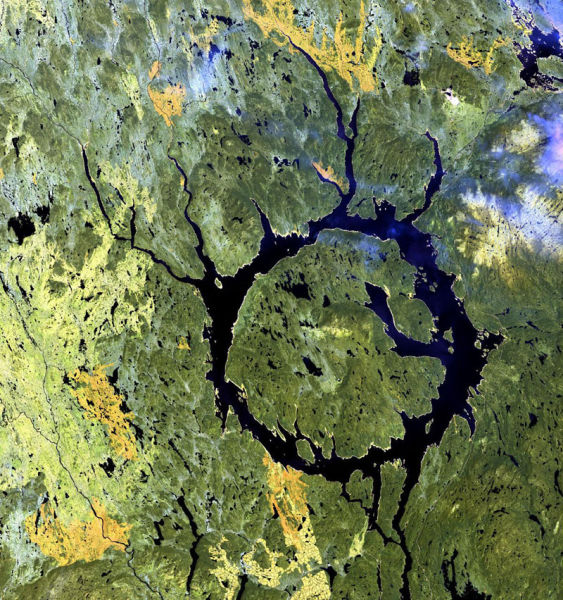 This scene shows a glimpse of the Manicouagan Impact Structure in Quebec, Canada. Lake Manicouagan and Lake Mushalagan surround the central uplift of the crater. The original diameter of the crater was 62 miles (100 kilometers), and the age has been dated at 214 million years. Shattercones (striated features found in rocks deformed by the passage of shock waves), along with shattered and brecciated rocks found in the central uplift, confirm the crater’s impact origin. Several glacial advances have scoured the crater to its present form. It has been proposed that the impact was created by an asteroid with a diameter of about 3.1 miles (5 kilometers). June 1, 2001