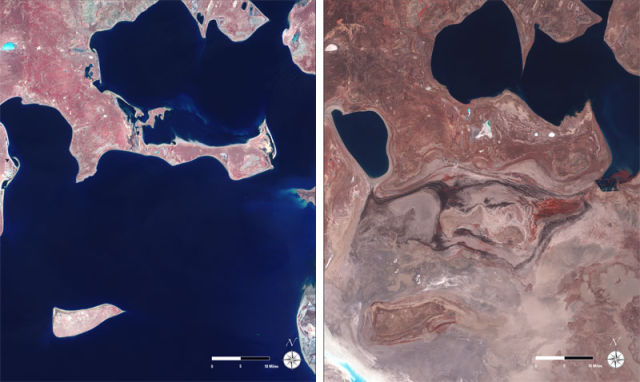 The Aral Sea, once the 4th largest lake in the world, continues to shrink and is now 10% of its original size. U.N. Secretary General Ban Ki-moon recently called the drying up of the Aral Sea on of the planet’s most shocking disasters. Feeder streams to the sea have been diverted by irrigation and by the completion of upstream dam projects. The result has been the ruin of the local fishing and shipping economy, and wind-carried salty sands have created regional health problems. May 29, 1973/October 18, 2009