Things you might not know about twins, triplets and quads.

Multiples come in all forms and combinations.

You can have triplets within quads, and twins within triplets. You can have a set be identical while the others are fraternal; the possibilites are endless. 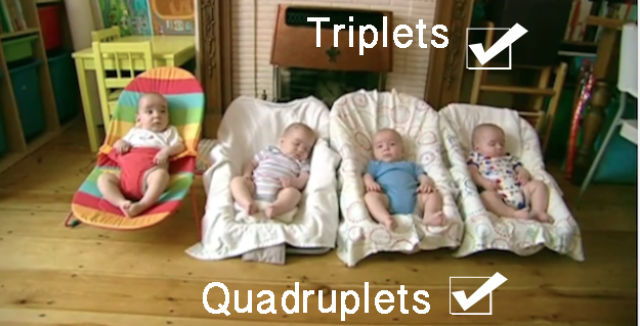 More often than not, they are a total surprise. 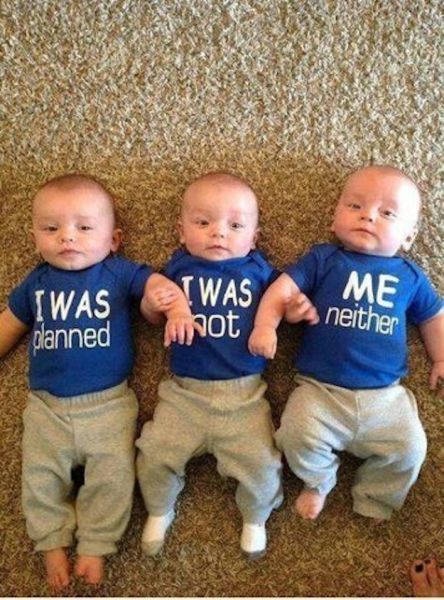 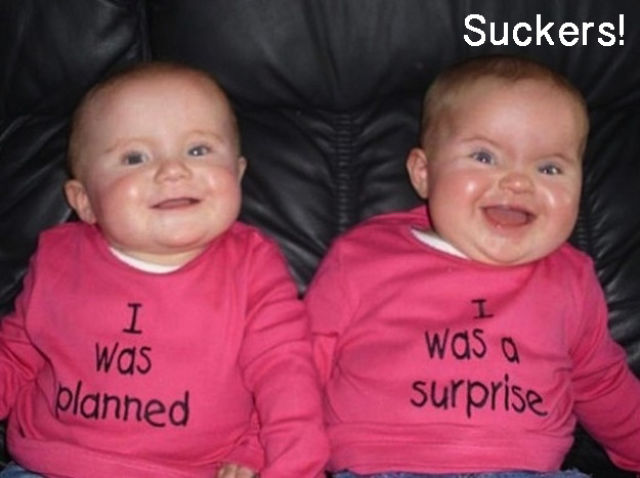 In other cases, you come to expect them: 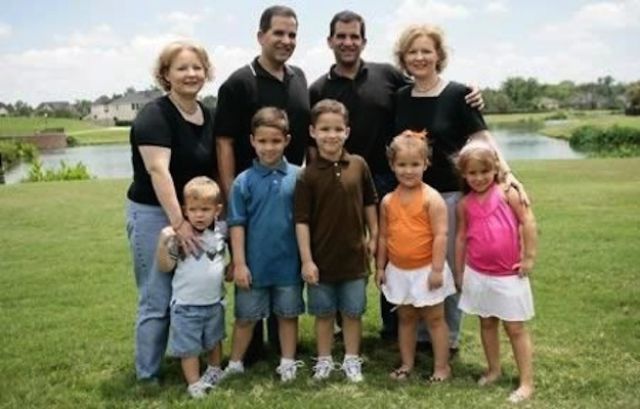 Some identical multiples are very different... 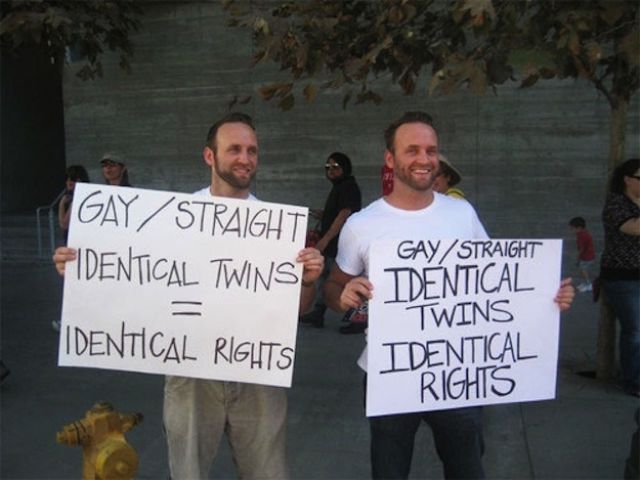 ...while others are very similar. 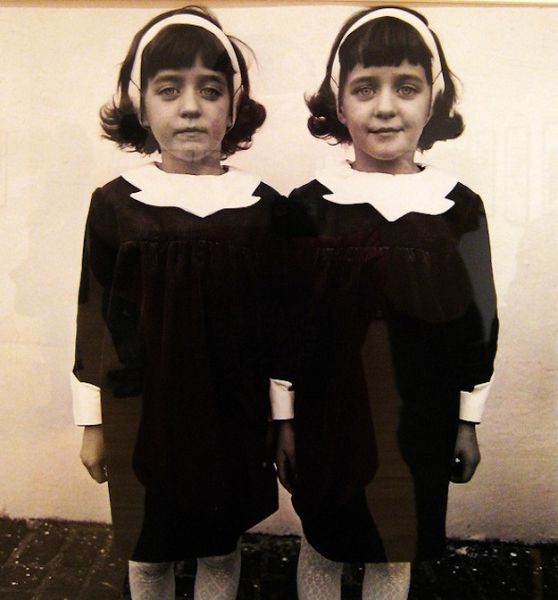 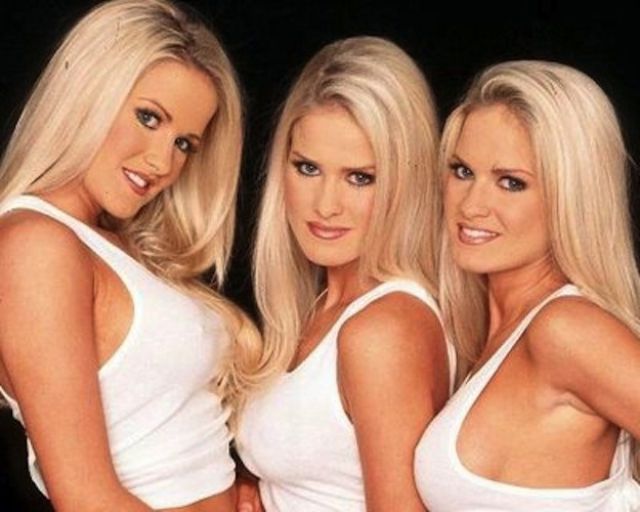 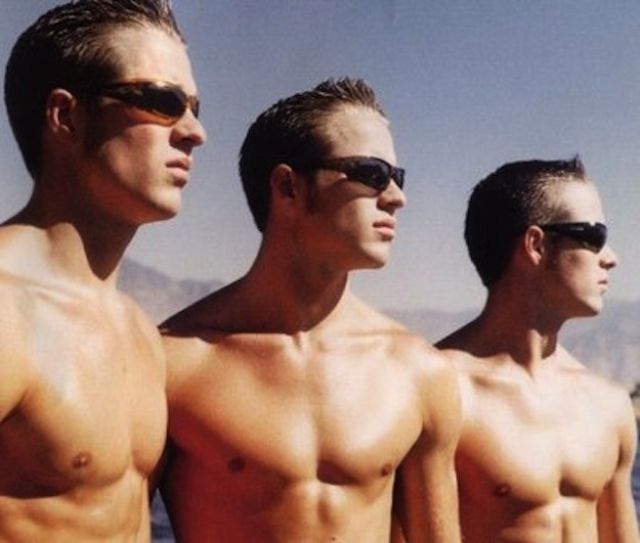 The whole "evil twin" conspiracy is a myth. 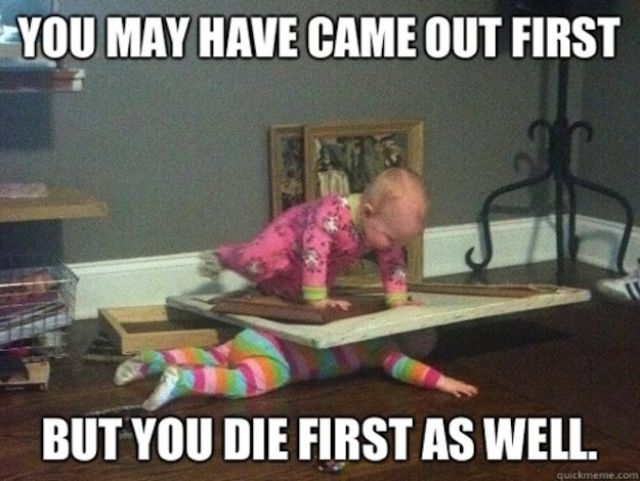 And there is no real evidence for ESP among multiples.

Although these twins on Tyra claim to be psychic.

Everyone agrees it's fun to see multiples dressed in matching outfits! 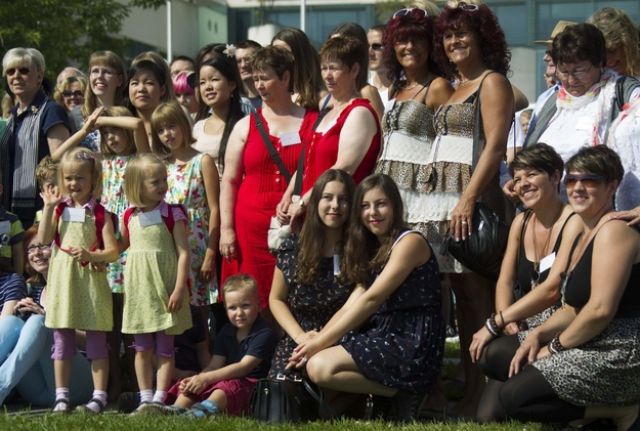 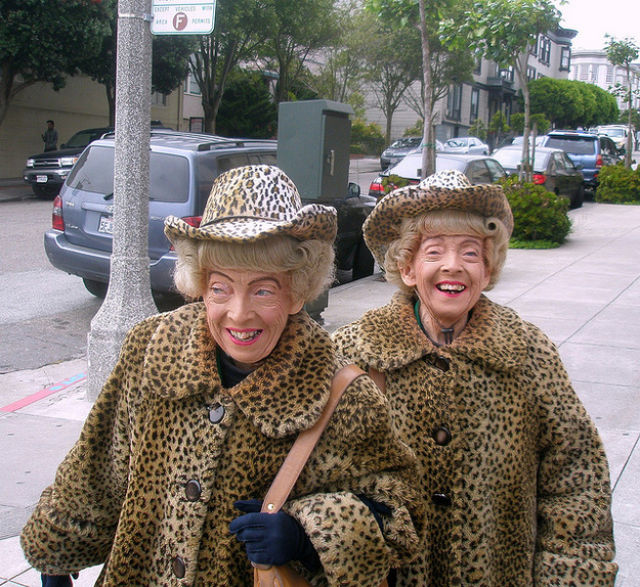 Multiples are no picnic for parents.

But they seem to enjoy the challenge.

And always come up with creative solutions.

This mother in China shaved numbers into her children's hair to make it easier on school teachers.

Multiples lead to double the fun... 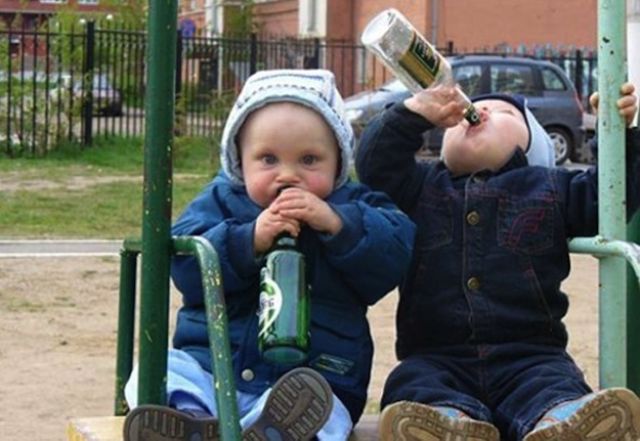 ...or four times the laughter.

Just think of all the gag t-shirt possibilities... 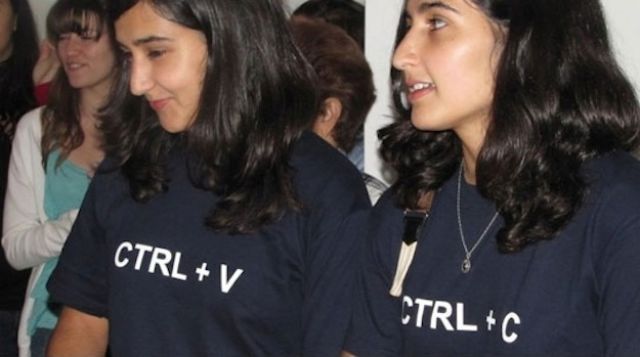 ...and the staged photos to be taken. 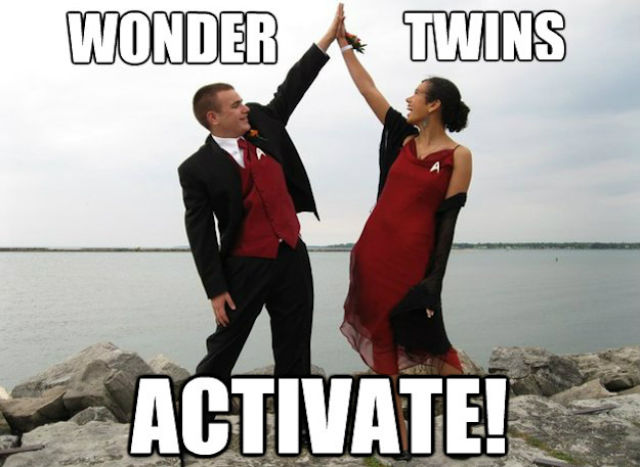 Twins even launched the term "twinning" which has stemmed multiple meanings: 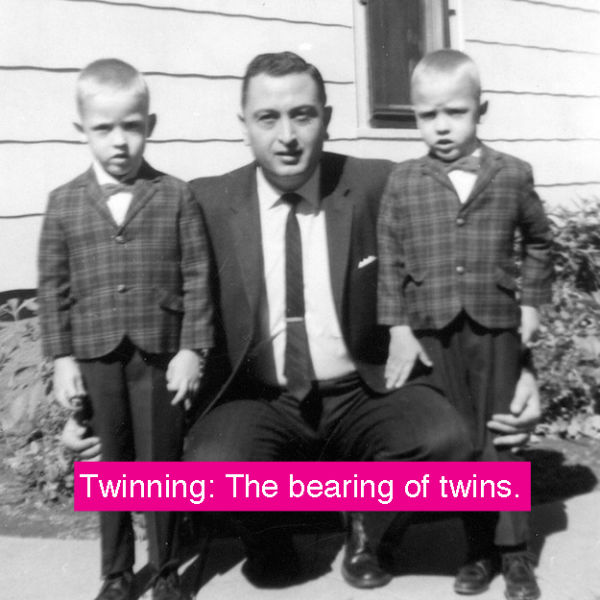 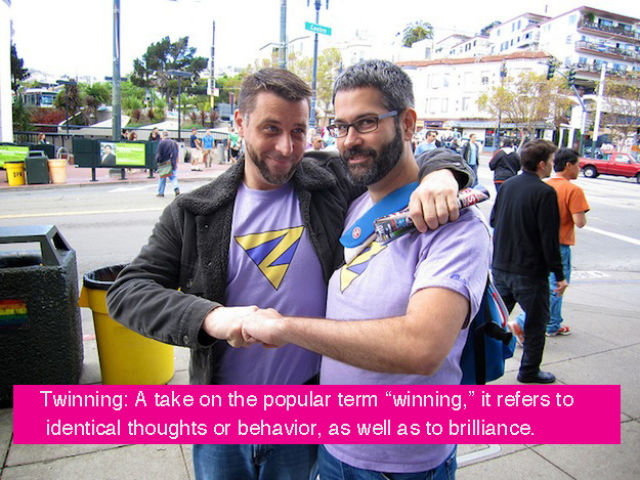 And of course the Jersey Shore standard definition: 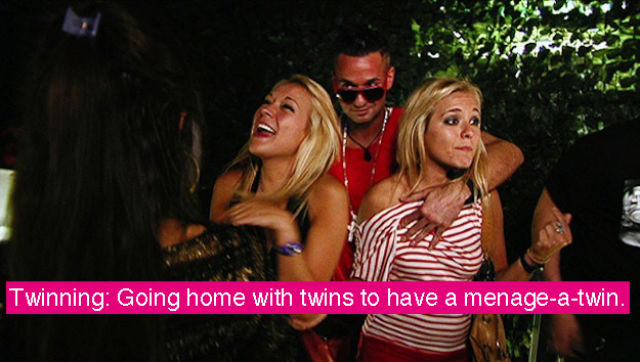 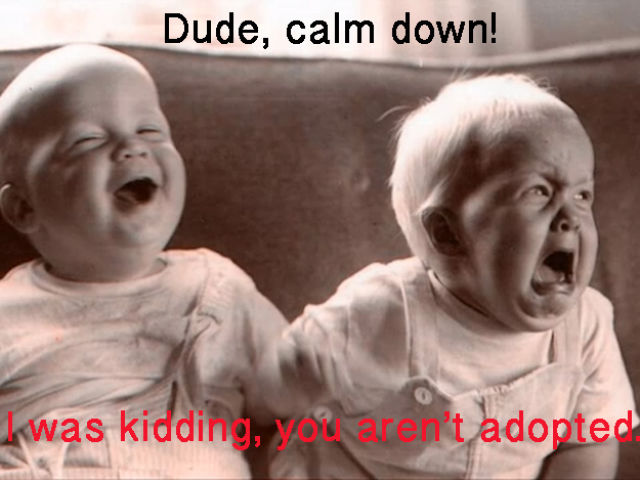 And sharing a birthday can be a drag. 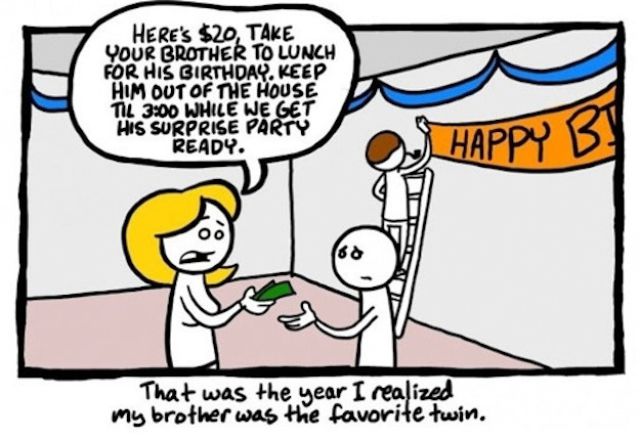 Unless you get double the cake. 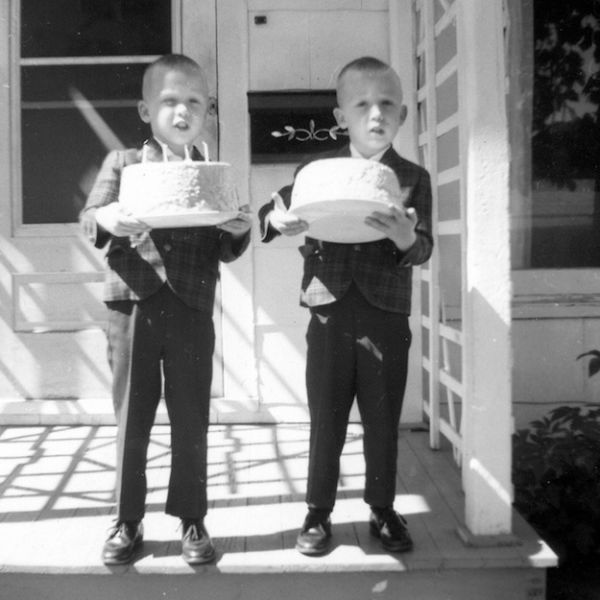 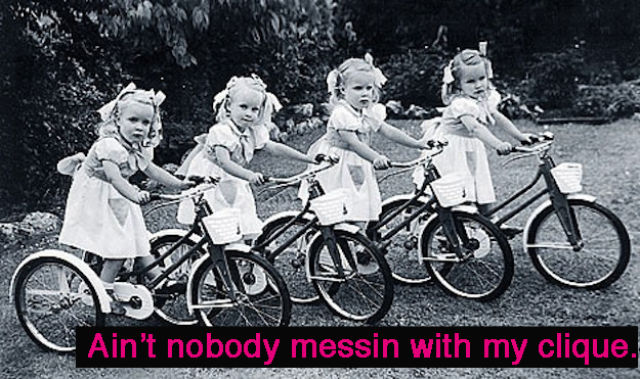 They always have a partner in crime. 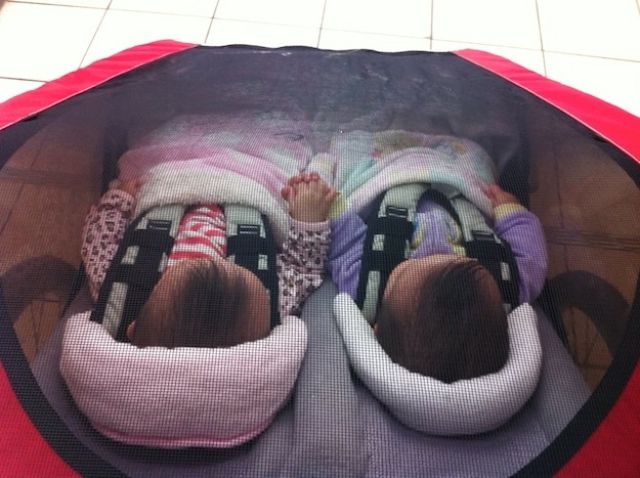 For better or for worse... 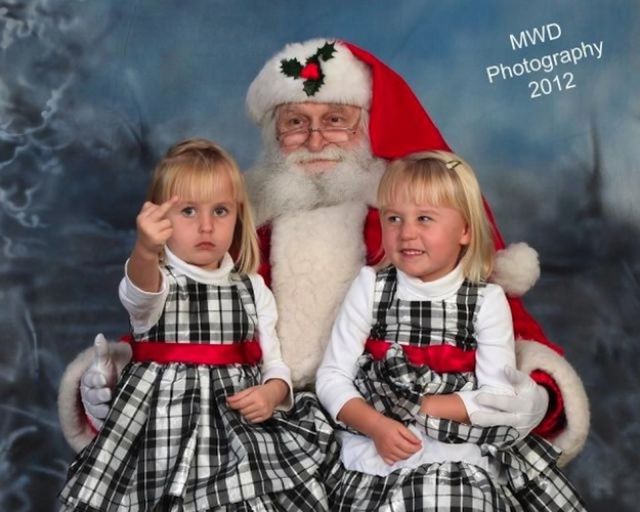 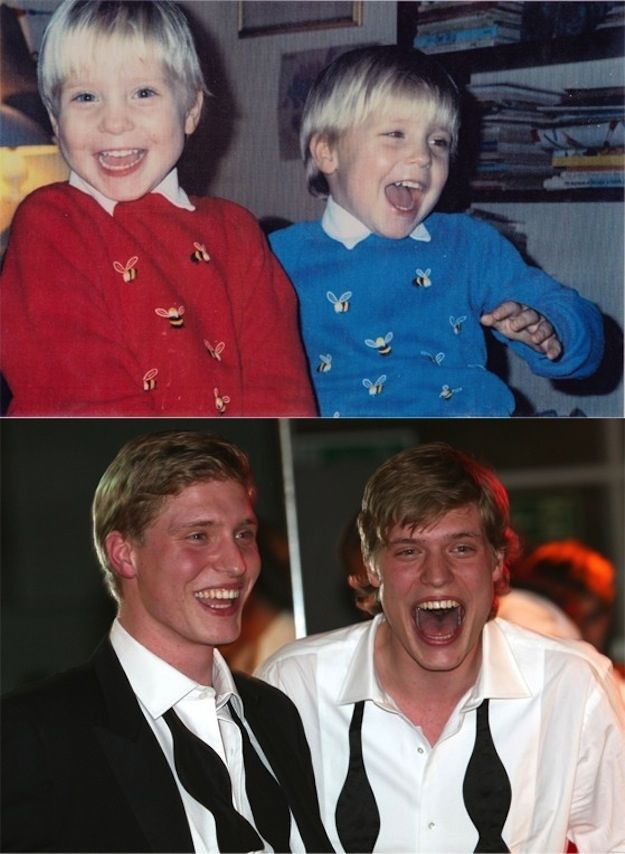 They have a built-in crew... 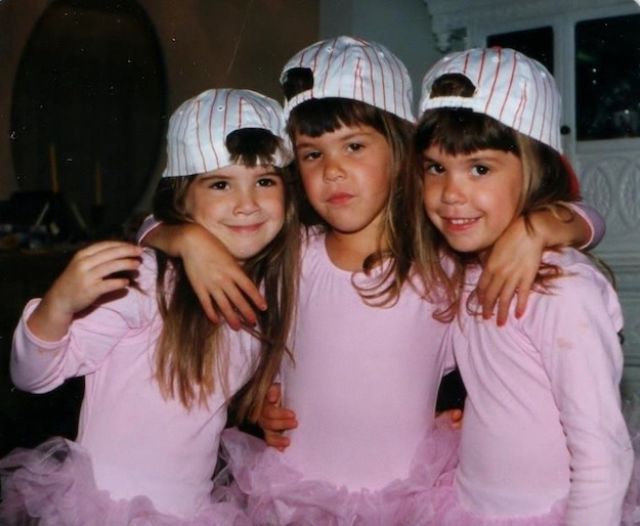 ...who will always have their back.