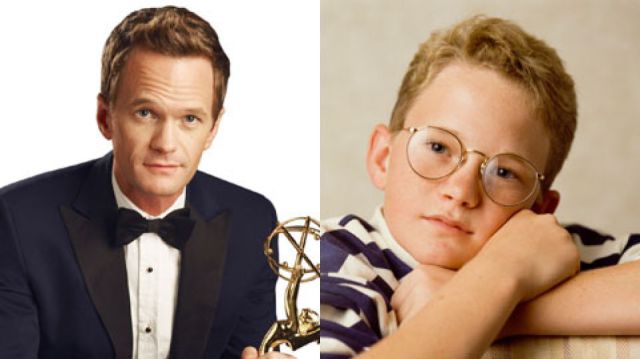 Neil Patrick Harris hosts the 65th Primetime Emmys on Sunday at 5 p.m on CBS. The `How I Met Your Mother' star has himself won two Primetime Emmys, both for hosting the Tony Awards. Harris, who has been in the business for most of his life, was nominated for a Golden Globe in 1989 for his performance in the film `Clara's Heart.' Take a look at some of this year's Emmy nominees now and earlier in their careers. 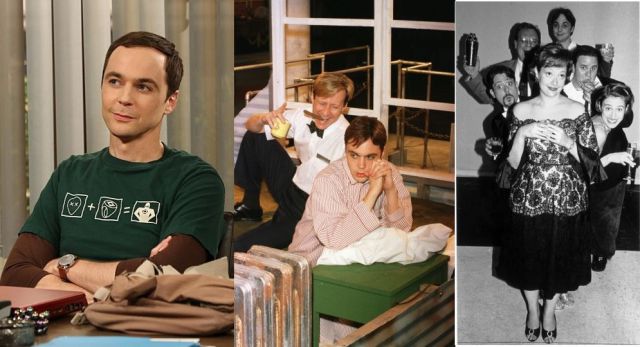 `The Big Bang Theory’ has made Houston native Jim Parsons a star. This weekend, He’ll go for his third Emmy as Sheldon Cooper. Parson got his start on the stage in Houston in productions such as Stages Repertory Theater’s `Below the Belt’ in 1998. … and Tamarie Cooper’s `Tamalalia 3’ in 1998. (That's him way in the back.) 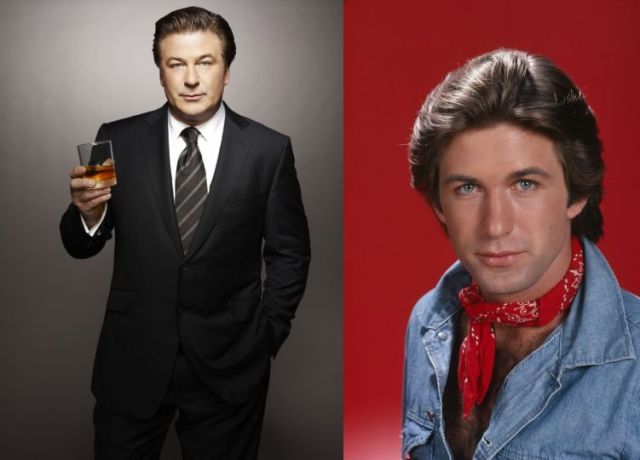 Alec Baldwin already has a pair of Emmys for his turn as Jack Donaghy on `30 Rock.’ Baldwin got his start on the daytime soap `The Doctors’ in 1980. 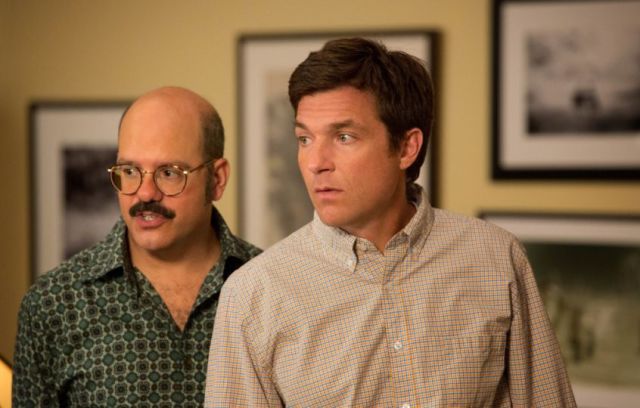 Jason Bateman (with David Cross) was nominated for his work on `Arrested Development’ back in 2005. He has another shot at the Emmy this year after Netflix revived Michael Bluth and the series. 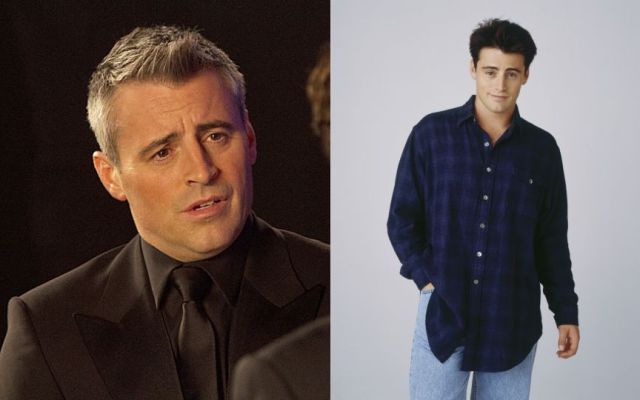 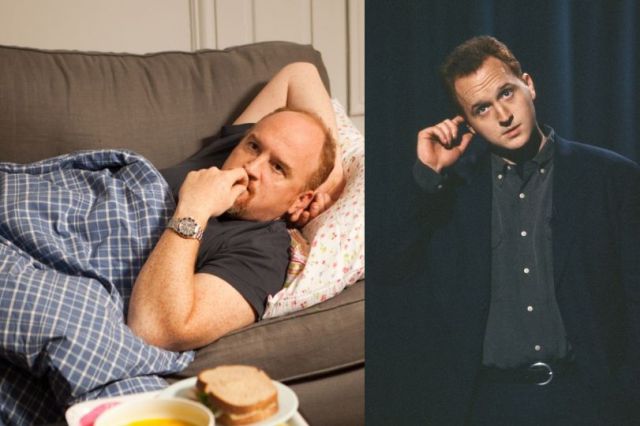 Louis C.K. won an Emmy last year for writing for his FX series, `Louie.’ This year, he may take home an acting Emmy. Louis C.K. was a writer on `Late Night with Conan O’Brien’ from 1993-94.

Don Cheadle is up for the Outstanding Lead Actor in a Comedy Series Emmy for the second year in a row for his Marty Kaan on `House of Lies.’ In 1987, Cheadle starred in the Vietnam War film `Hamburger Hill.’

Vera Farmiga is up for the Emmy for lead actress in a drama for her work as Norma Bates in `Bates Motel.’ The actress starred alongside Heath Ledger in `Roar,’ back in 1997. 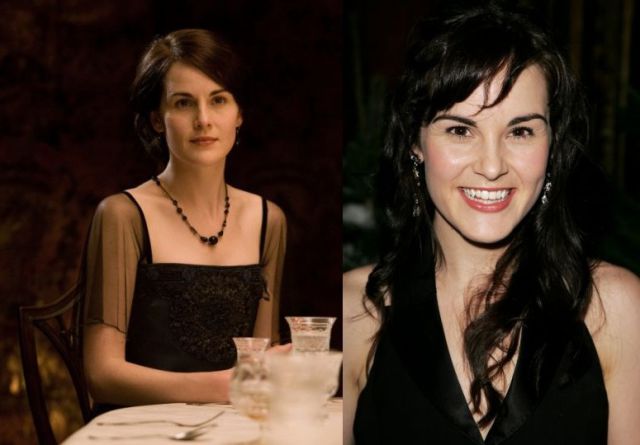 Best actress nominee Michelle Dockery just can’t seem to find luck at love as Lady Mary on `Downton Abbey.’ In 2006, she starred in `Hogfather,’ in which she played Susan / Death of Rats. 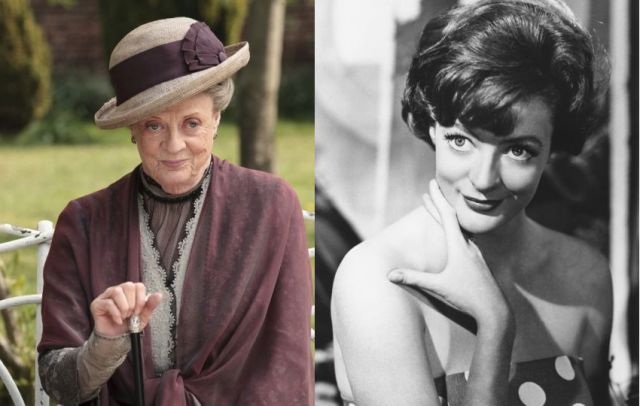 Speaking of `Downton Abbey,' Maggie Smith is nominated in the supporting-actress category for her work as Dowager Countess of Grantham. In 1963, Smith starred as Miss Mead in `The V.I.P.s.' 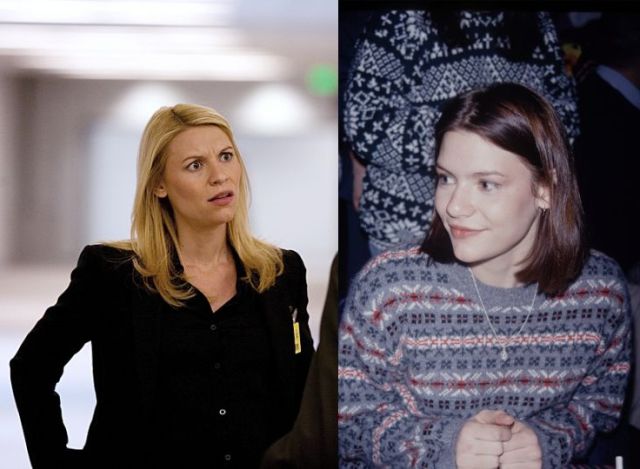 Claire Danes, who is nominated for `Homeland,’ has already won an Emmy for her work as Carrie Mathison. Danes was nominated back in 1995 for the much beloved `My So-Called Life.’ 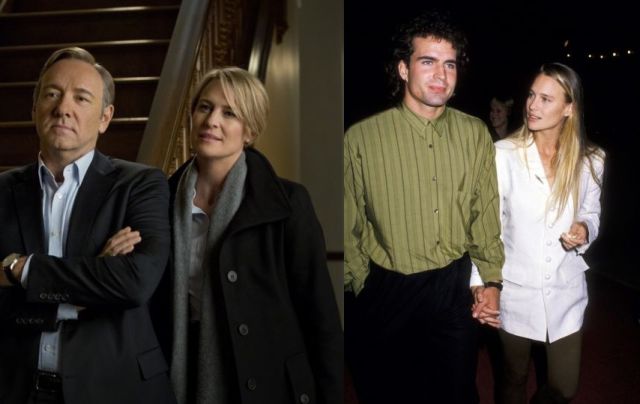 Dallas born Robin Wright’s Claire Underwood is a woman you shouldn’t cross and the wife of Frank Underwood (Kevin Spacey) on Netflix’s `House of Cards.’ She’s best known to a lot of people as Princess Buttercup in `Princess Bride.’ Back before she was married to Sean Penn, Wright dated Jason Patric. 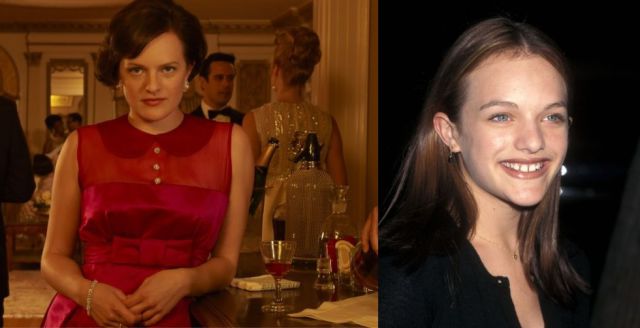 Elisabeth Moss is a five-time Emmy nominee and four-time loser for her role as Peggy Olson on `Mad Men.’ Perhaps this year she’ll break her streak. In 1997, Moss starred in `A Thousand Acres,’ an update of Shakespeare’s `King Lear.’

This year’s Emmy nomination for `Nashville’ is Connie Britton’s fourth. She was nominated twice for `Friday Night Lights’ and once for `American Horror Story.’ At the turn of the century, Britton starred opposite Michael J. Fox, also an Emmy nominee this year, on `Spin City.’ 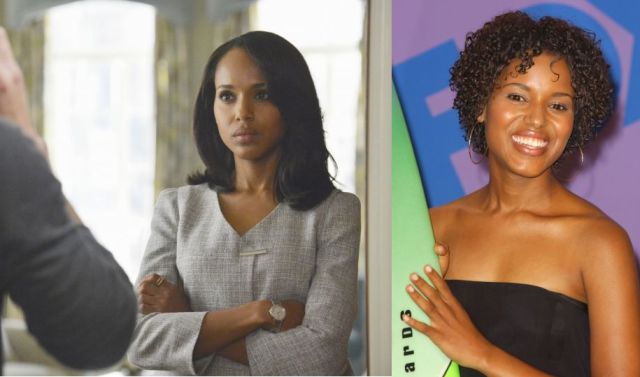 Kerry Washington’s Emmy nom for political thriller `Scandal’ is her first. Back in 2001, Washington won a Teen’s Choice Award for `Save the Last Dance.’

Bryan Cranston might be the hottest actor around right now. He already has won three Emmys as Walter White on `Breaking Bad.’ Sunday could bring his fourth for the show, which comes to an end Sept. 28. His co-star Aaron Paul is up for the best supporting actor in a drama, an award he won in 2010 and 2012. Cranston, along with Pamela Bowen, spent some time on the ABC soap opera `Loving’ in the early 1980s. 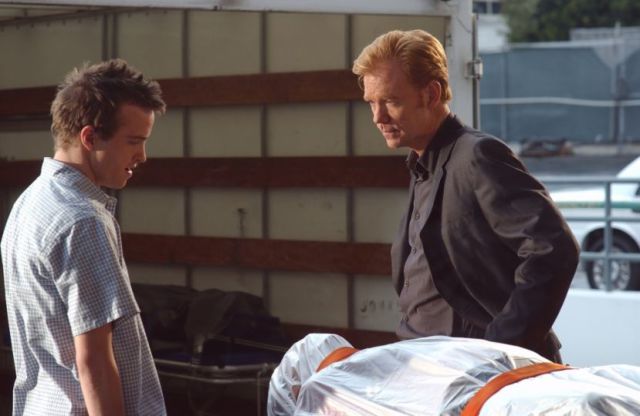 Paul starred with David Caruso in a 2003 episode of `CSI: Miami.' 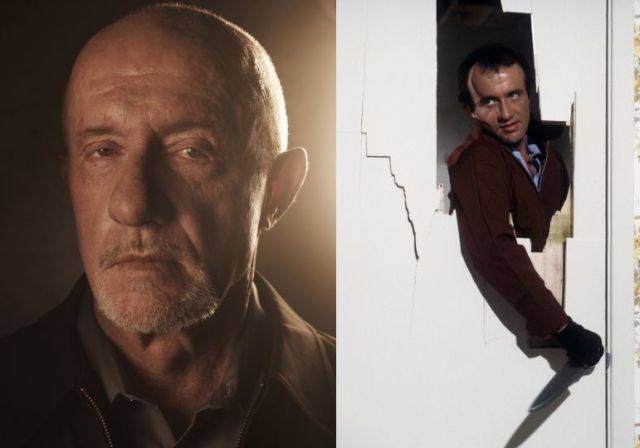 If we mention Aaron Paul's nomination, we have to include Jonathan Banks' as well. Banks is nominated as Mike Ehrmantraut from `Breaking Bad.' In 1982, Banks played a bad guy on the William Shatner police drama, 'T.J. Hooker.' 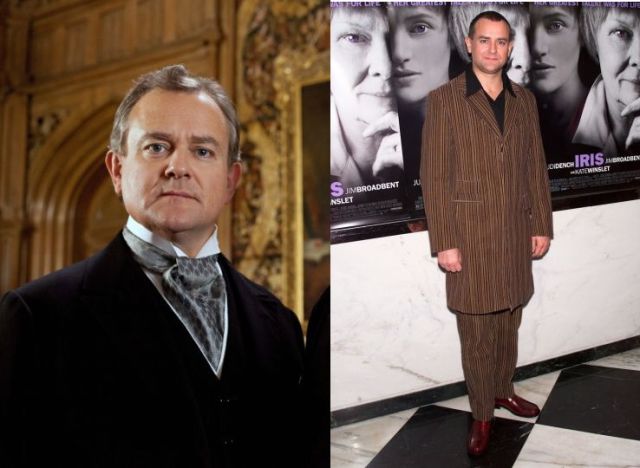 Hugh Bonneville didn’t win the Outstanding Lead Actor in a Drama last year for his role as Crawley family patriarch, Robert, on `Downton Abbey.’ He has another shot on Sunday. In real life, the `Iris’ actor has proven he could use the services of Robert Crawley’s valet.

Jim Carter, who plays Mr. Carson on `Downton Abbey,' is up for the best supporting actor, drama, Emmy. Here's Carter in the 1995 film 'The Grotesque,' which also starred Sting.

Two-time Oscar winner Kevin Spacey is looking for his first Emmy with this year’s nomination for `House of Cards.’ This photo shows Spacey back in the early ‘90s, when he could hang out with his dog and go relatively unnoticed. 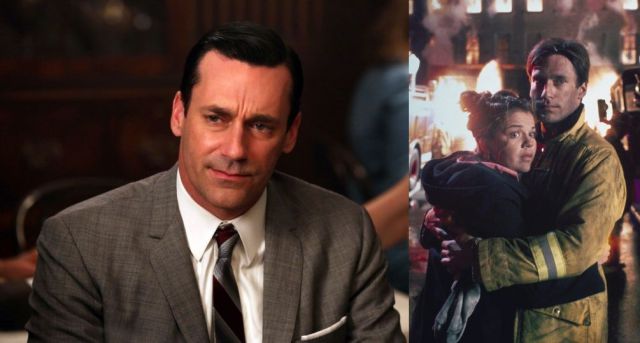 It seems the `Mad Men’ star is always an Emmy nominee, never a winner. Will Sunday be his breakthrough? In 2001, Hamm starred in a few episodes of the NBC drama `Providence.’ 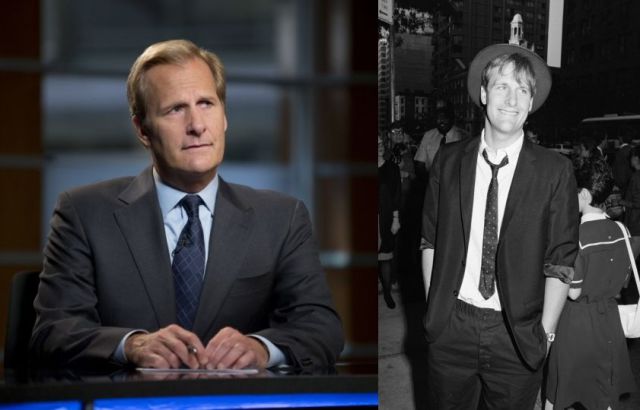 Jeff Daniels has earned his first Emmy nomination for `The Newsroom,’ in which he plays anchor Will McAvoy. Daniels starred alongside Meryl Streep and Jack Nicholson in 1986’s `Heartburn.’ 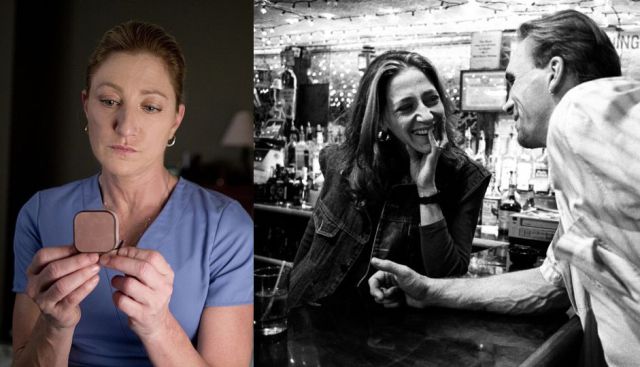 This is Edie Falco’s fourth Emmy nom for her `Nurse Jackie’ role. She won in 2010. Falco starred with Peter Greene in `Laws of Gravity’ in 1992.

Julia Louis-Dreyfus won the lead actress in a comedy Emmy last year for her role as Selina Meyer in `Veep.’ She goes for the repeat Sunday. She won the same award for `The New Adventures of Old Christine’ in 2006. Don’t forget Louis-Dreyfus, right, on the list of former `Saturday Night Live’ cast members who went on to bigger success.

Tina Fey has never won an Emmy for acting. Will she walk away from `30 Rock’ as a winner? Fey won an Emmy in 2002 for her writing on `Saturday Night Live.’ 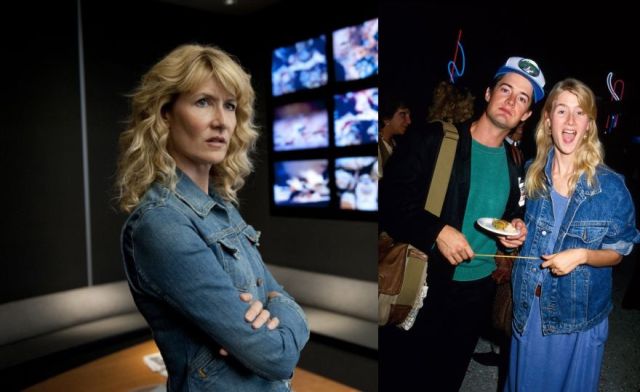 HBO cancelled `Enlightened,’ but Laura Dern still has a shot at the Emmy for Outstanding Lead Actress in a Comedy. Dern starred with Kyle MacLachlan in David Lynch’s `Blue Velvet’ in 1986. The two also dated for a while.

Lena Dunham, who was born in 1986, is up against Dern in the lead-actress category. Dunham was nominated for several Emmys last year and three more this year for her HBO series, `Girls.’ OK, so the young Dunham hasn't changed much since 2006.

Including this year, `Parks and Recreation’ star Amy Poehler has been Emmy-nominated nine times. She’s yet to win. Like Tina Fey, Poehler’s big break came on `Saturday Night Live.’